Laughs We Are Looking Forward To at High Plains Comedy Festival

At the end of every summer since 2013, the High Plains Comedy Festival showcases local and national comedians over three nights. This year, the festival will once again offer a diverse array of humor, from one-liners to subtle puns. You don’t have to know the comedians or their jokes to have a good time and with plenty of Denver-based comics on the schedule, there will surely be a lot of Mile High-inspired humor. But since some of the events overlap, we decided to put together a list of laughs we are looking forward to this weekend. 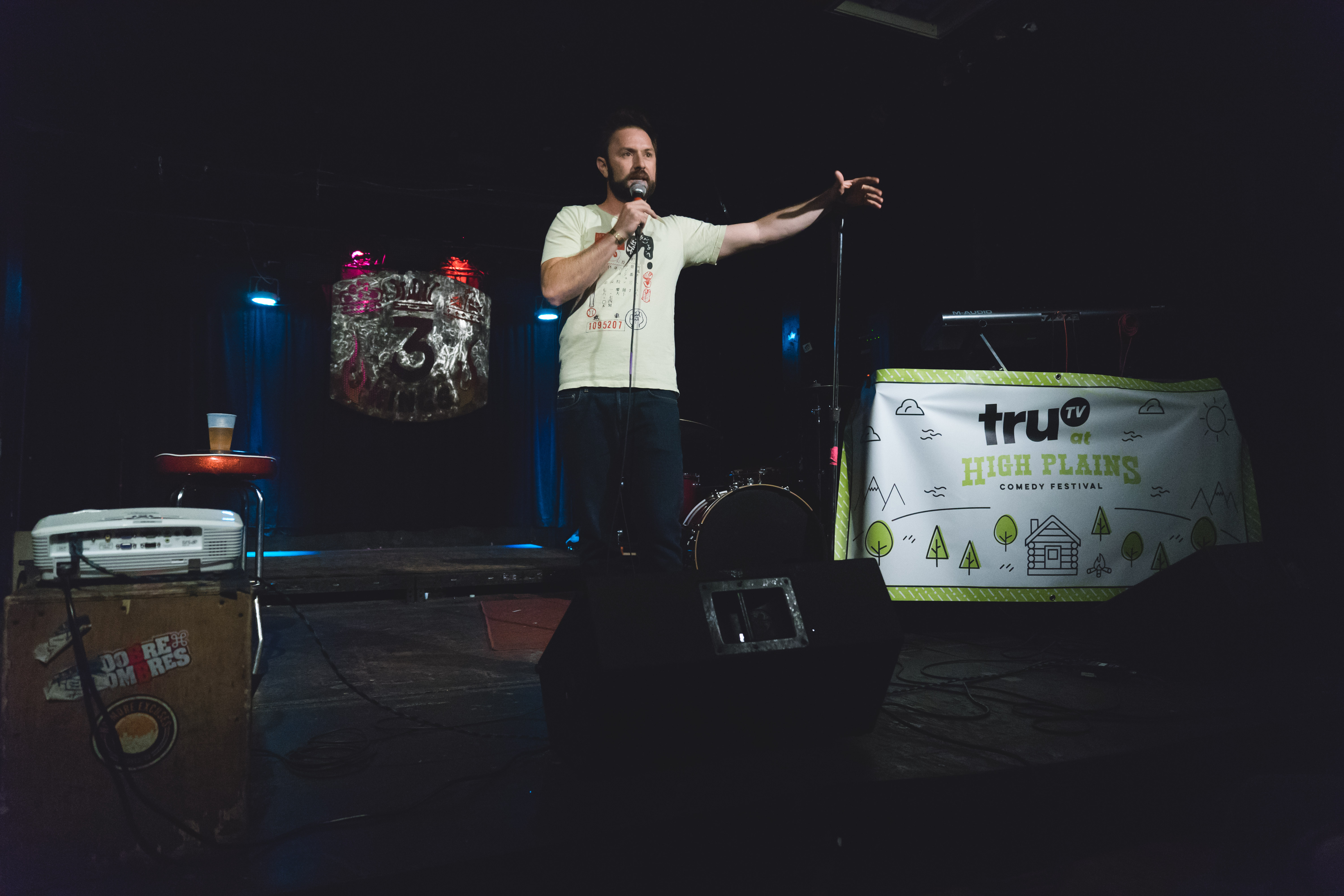 The Lowdown: Kick off the festival with this action-packed (well, as action-packed as stand-up comedy can get) showdown between five comedians who only have eight minutes to write a routine. And, to up the ante, the routine has to be inspired by topics provided by the audience. Hosted by Nato Green, the five contestants are David Gborie, Shane Torres, Eliza Skinner, Adam Cayton-Holland and Baron Vaughn. Performances by Johan Miranda, Vanessa Gonzalez and Irene Tu will entertain the crowd while the contestants write up their bits. 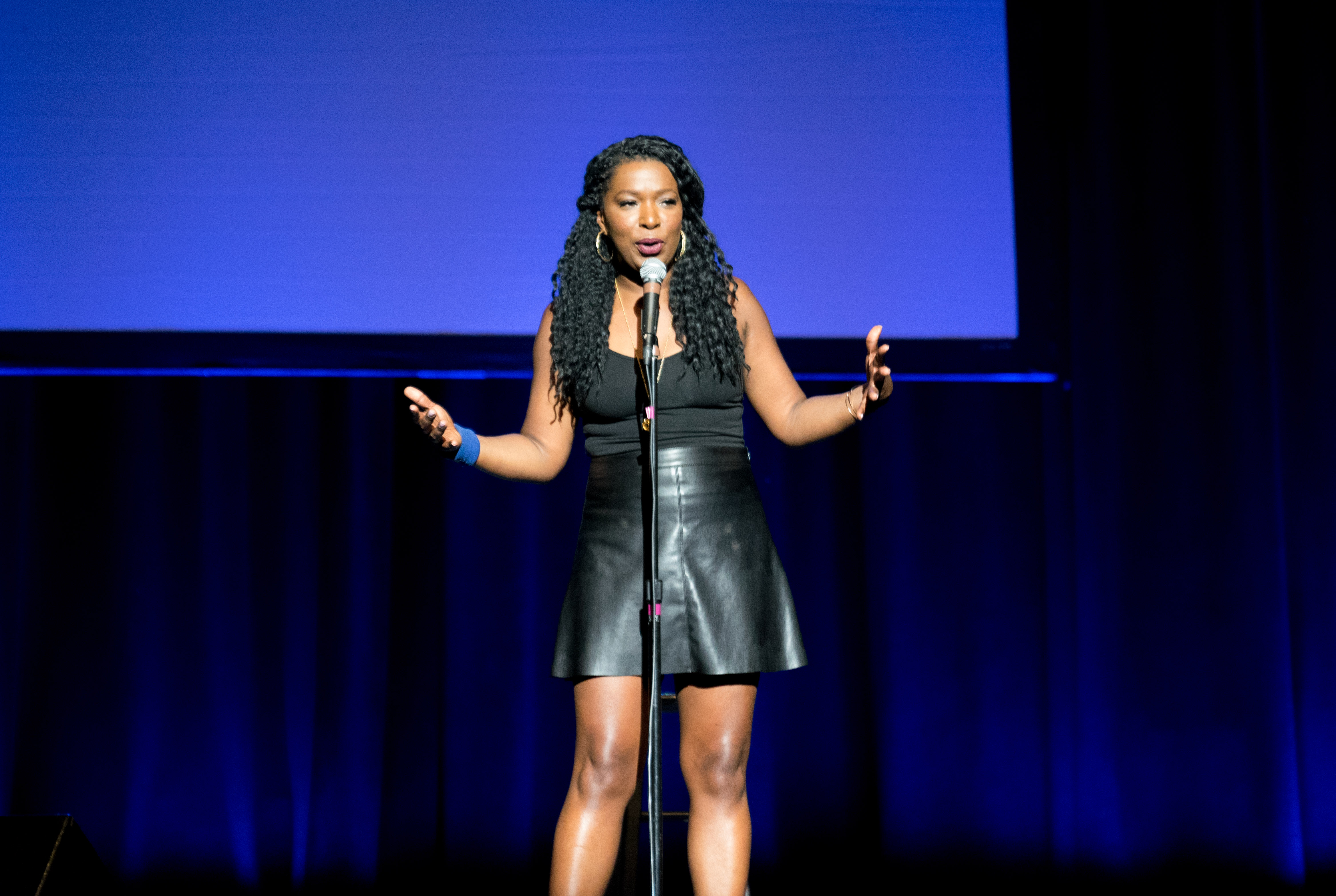 The Lowdown: Originally founded by Christie Buchele, Janae Burris, Rachel Weeks and the late Jordan Wieleba, Pussy Bros is a Denver-based comedy troupe that isn’t afraid to cross some lines. And it’s no wonder they have little fear, as they’ve been instrumental in opening Denver to female, LGBTQ and POC comedians. If you don’t know by now, stand-up comedy has always been something of a boy’s club, so put on your pussy hat and give these badass bitches a laugh or two this Thursday.

READ: 5 Funny Women You Need to Know in Denver 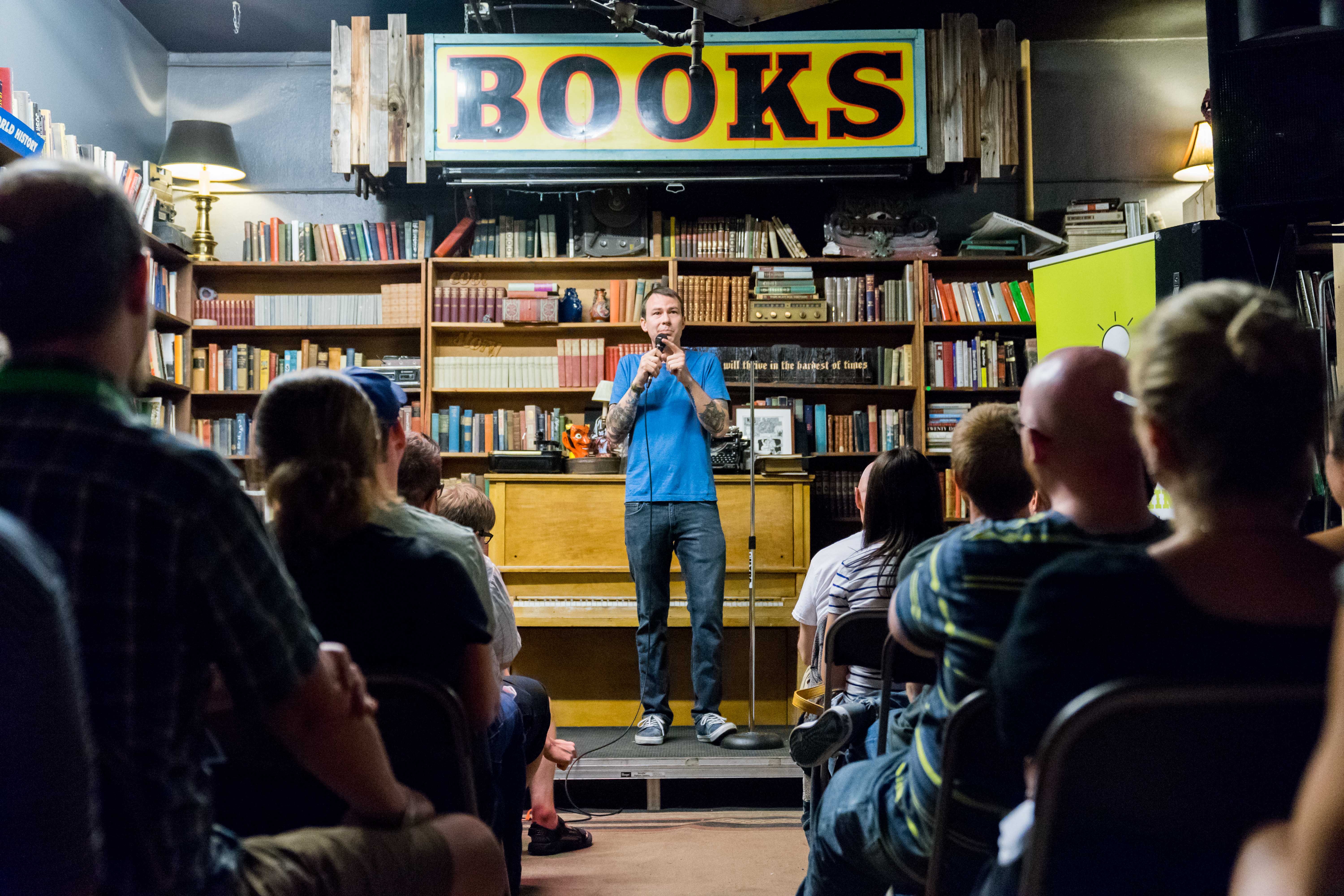 The Lowdown: Comedian and spiritual consultant Kristin Rand is throwing an event during the festival like none before — a fusion of stand-up and tarot cards. Rand invites five comedians to perform a set and then have their tarot cards read in front of a live audience, who will have the rare opportunity to witness the reading and the reaction to the reading. With Janae Burris, Caitlin Weierhauser, Eric Dadourian, Candice Thompson and James Adomian as the comedians on the spot, this show will be both weird and wonderful. 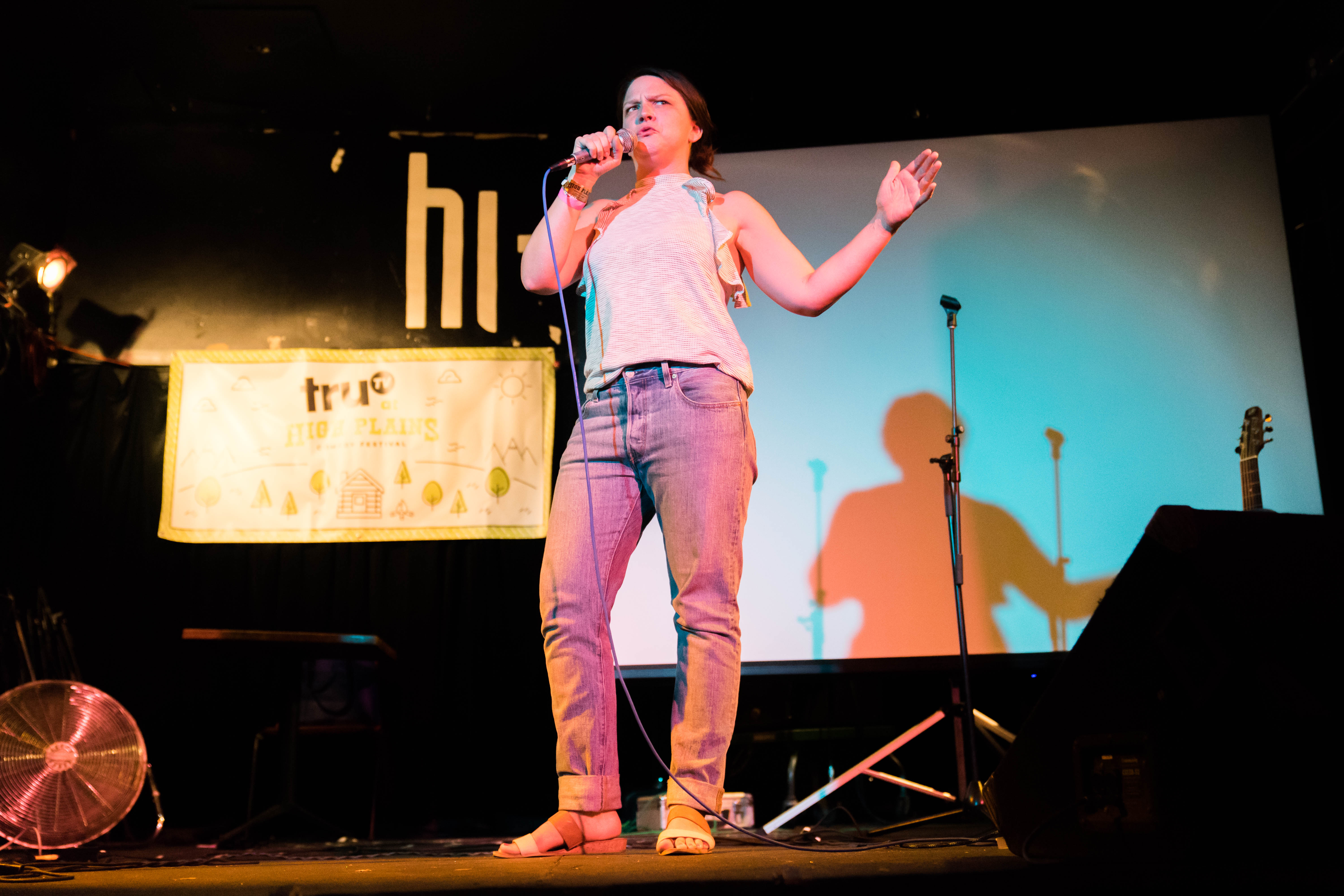 The Lowdown: This night of comedy is for all those moments in life where you felt like an idiot. Hosted by Rachel Weeks, We Still Like You will feature sets from Kevin O’Brien, Matt Monroe, Irene Tu, Clare O’Kane and Eliza Skinner — all of which have done a thing or two worth laughing about. Hearing them confess some of their awkward, weird and just plain stupid experiences might make you feel better about your own. Or, as it says on their website, “because if we’re all idiots, none of us are.”

The Lowdown: Unapologetic is a great word to describe David Cross’ humor, both in his stand-up routines and in his acting roles. From the “never-nude” oddball in Arrested Development to his tour in 2016 called “Making America Great Again,” Cross is only for those with an acquired taste for bizarre twists and awkward moments. If you can handle all his perfectly-worded, squirm-inducing jokes, his show at the Paramount will be the one to see. Not only is it the headlining act of the festival, it’s one of Cross’s stops on his “Oh Come On” tour, the first one since 2016. 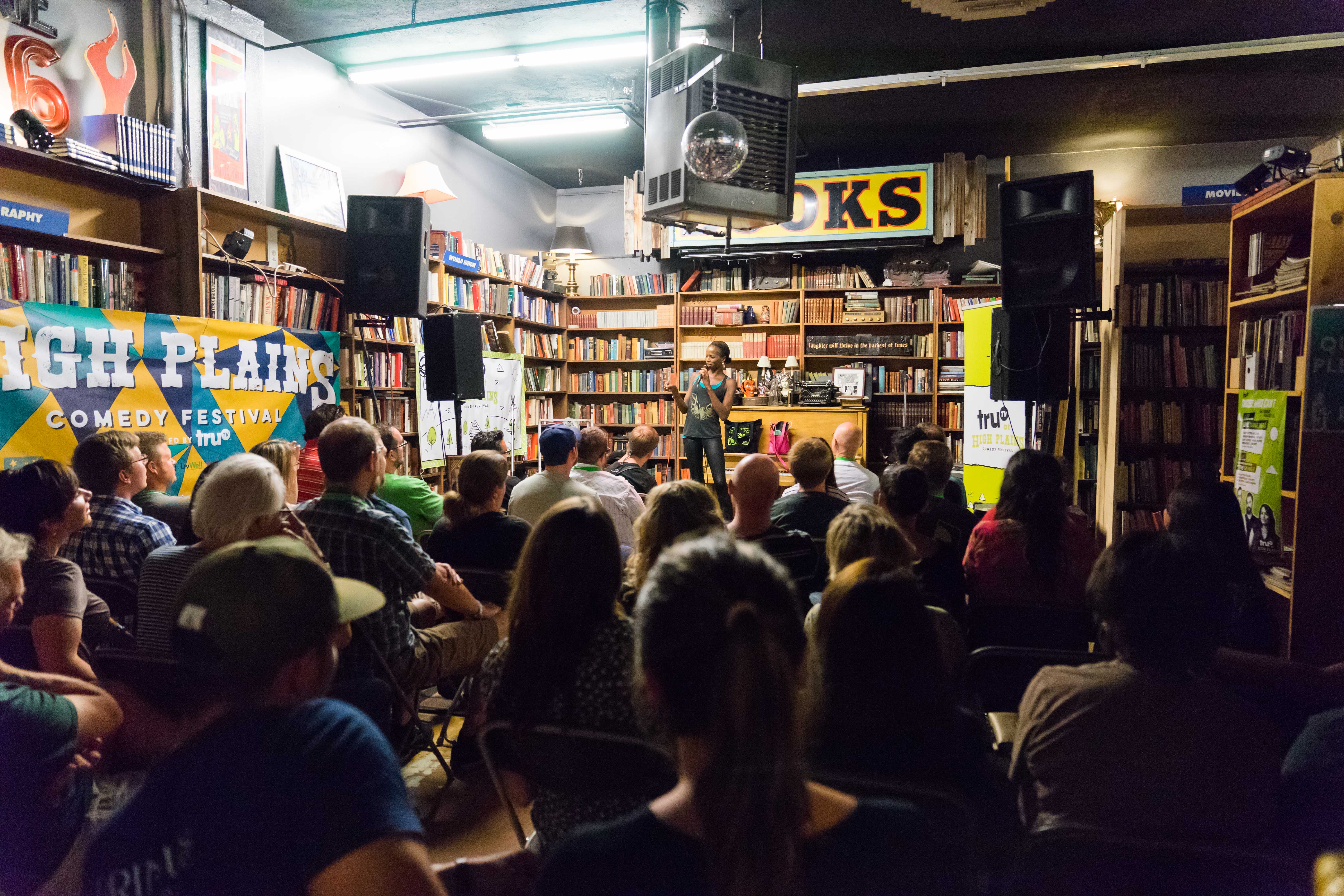 The Lowdown: If you liked cartoons as a kid, then you’ll probably love Cartoons & Comedy as an adult. Jim Hickox, Jordan Doll, Emma Arnold and James Adomian take some of your favorite cartoons and other media from the past and riff on them. Hosted by Christopher Baker, who will be sure to tie together some of the stray pieces, the event will also feature stand-up that doesn’t require looking at cartoons.

How Did This Get Made? 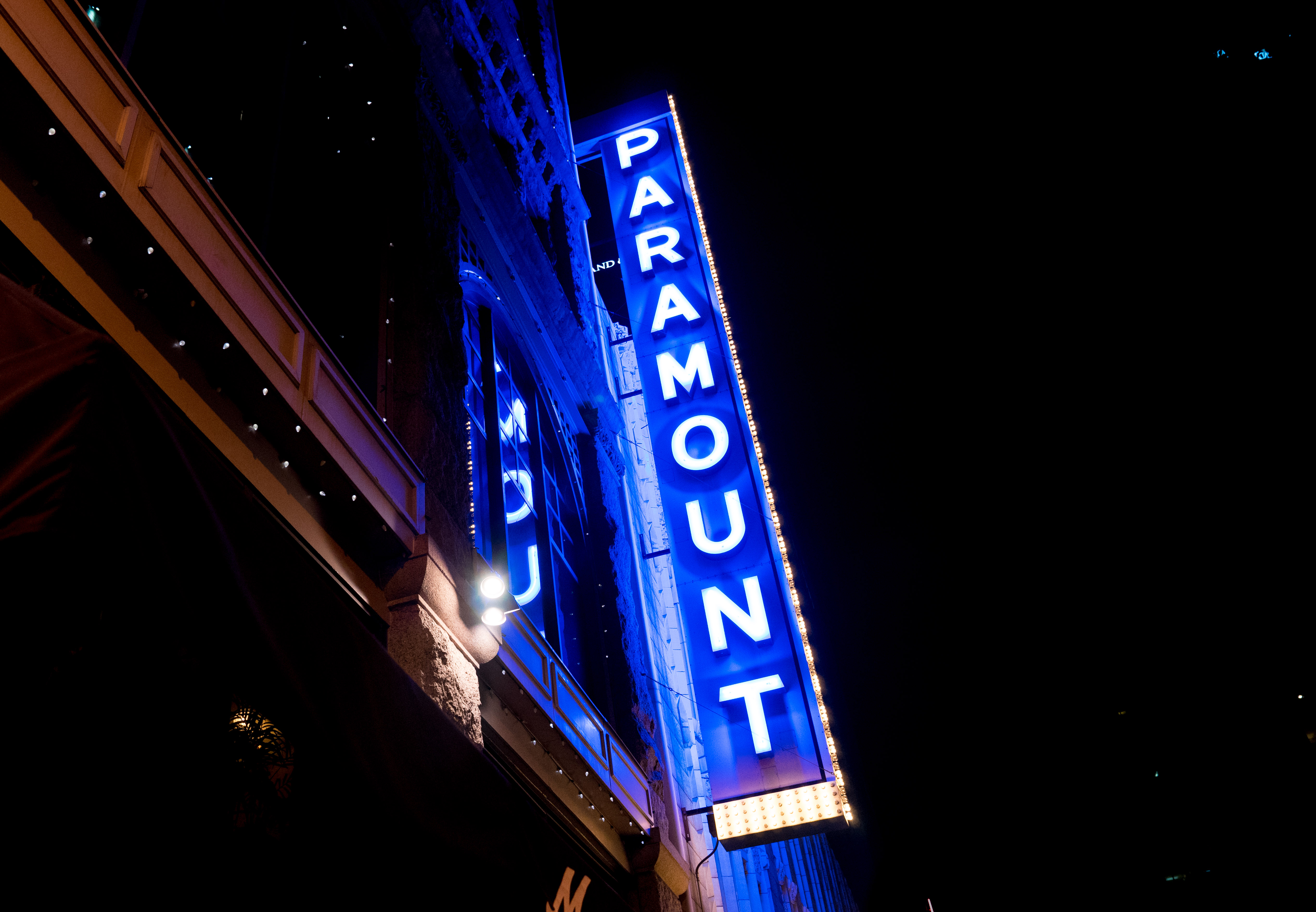 The Lowdown: The hit podcast “How Did This Get Made?” dissects unpopular movies in hilarious ways. Hosted by Paul Scheer (Andre from The League), Jason Mantzoukas (Rafi from The League) and June Diane Raphael (well-known actress with too many movies to list), the three hold a witty and entertaining dialogue about terrible movies that everyone can agree on. This event will be a live taping of the podcast, so your laughs will be forever recorded if you choose to attend.

The Lowdown: James Adomian is a celebrated comedian who earned his way with his uncanny impressions, including the Bernie Sanders’ one shown in the video above. Even when he’s not giving an impression of someone real, it is a spectacle to watch him switch between accents or body postures. When he’s not impersonating someone, he’s able to keep laughs spilling from the audience like it’s no big deal. Coming to Denver during High Plains, Adomian will headline after a lineup of other comedians in a similar style, including Zach Welch, John Novosad, David Rodriguez, Aaron Urist, Emma Arnold and Jonah Ray.

Finale Show with The Grawlix 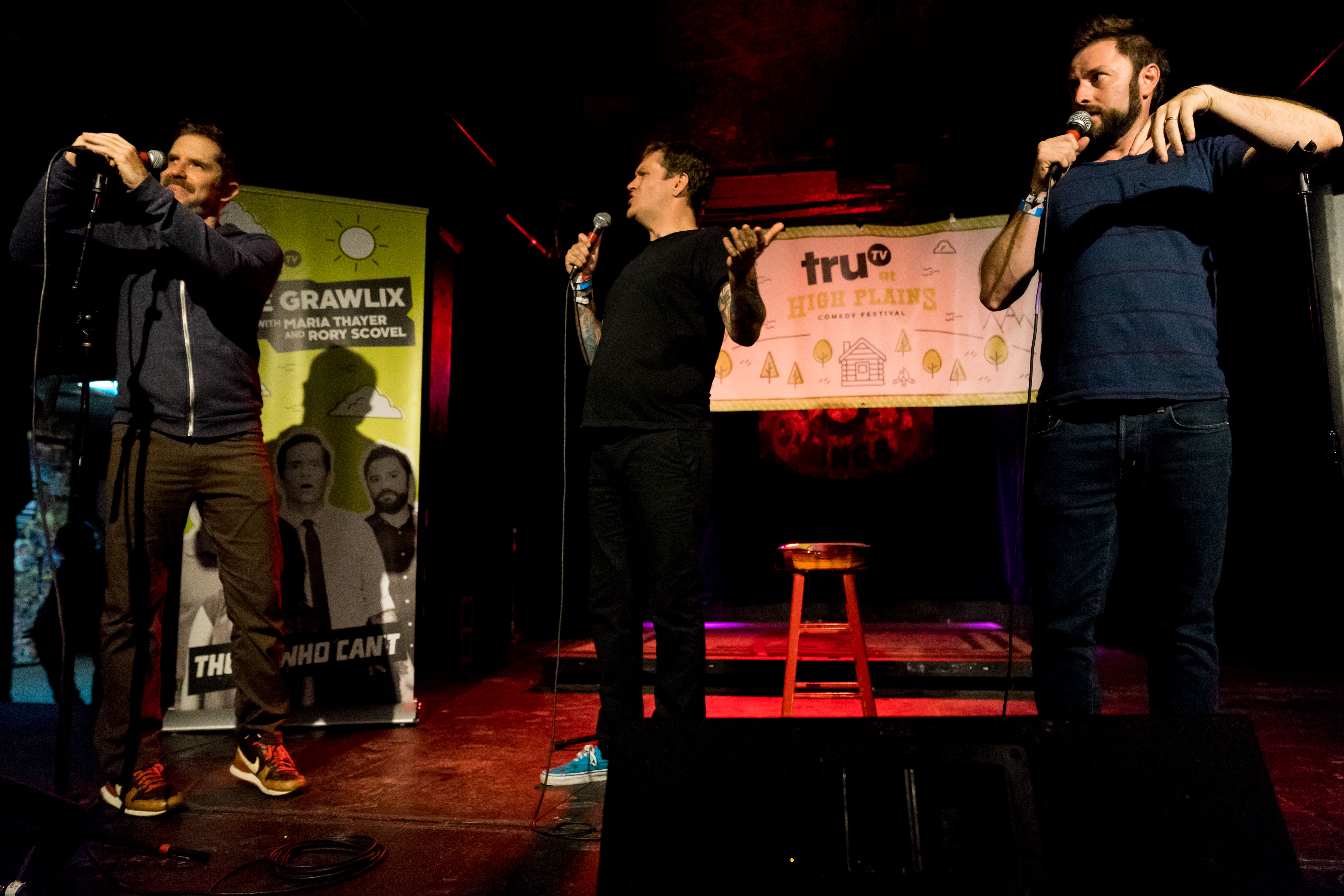 The Lowdown: Closing down the festival are the people who started it all in the first place — or, some of them. Featuring routines by Matt Cobos, Clare O’Kane, Eric Dadourian, Emily Heller, Andrew Orvedahl and Adam Cayton-Holland, the finale show isn’t one to miss. Not only are there always special guests who show up, unannounced and with a joke or two up their sleeve, but the comedians on the bill are almost required to throw the most raucous show of the entire weekend. There’s no scheduled end time, so be prepared to party into Sunday morning, when your sides will feel sore from all the laughing.

For the full schedule of events, go here.