Smoke plumes were the first sign. Then, an ominous quiet. Finally, burning roadblocks. Riots are not what one anticipates when working with woodwinds and cellos. And 19-year-old Zach Harris didn’t expect to find any of it on the Haiti Youth Orchestra’s third annual summer camp in Mirebalais, Haiti — a project he started in 2012. On July 6, the last day of camp, political unrest exploded as the Haitian government announced they were releasing subsidies on petroleum and gas prices were going to rise about 40 percent throughout the country the next day.

The Haiti Youth Orchestra is a nonprofit project founded by Harris almost seven years ago. The project entails working with high school kids from Port-au-Prince and Mirebalais at a week-long summer camp. They teach lessons, supply instruments, and repair old ones. The kids’ love of music is in their blood, music being a huge part of Haitian culture. Similar to New Orleans jazz, Haitian culture uses big brass and marching bands as the standard. “When I had the opportunity to give them violins and cellos, which they had never seen before… they’ve taken off,” Harris said. “It’s hard to even compare locally. Kids here, you have to prod and force them to practice but down there they love it. They’re passionate and driven.” 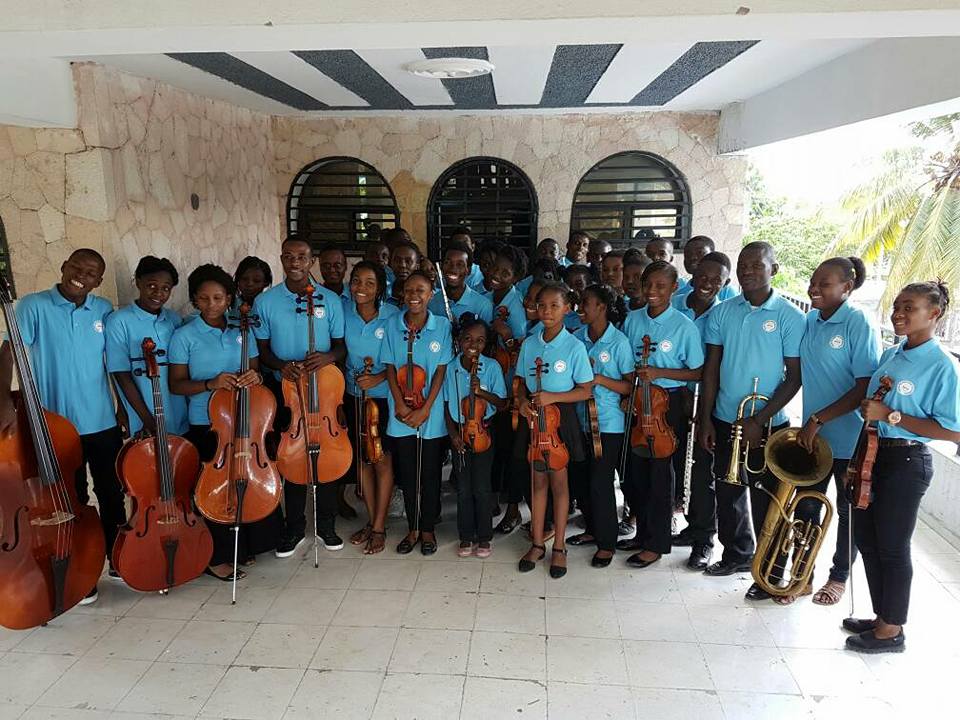 Harris’ parents adopted two Haitian kids after the 2010 earthquake that shook the country. Haitian culture has been intrinsically tied to him ever since. At 12 years old, he had the opportunity to start his own project. Initially, he planned to build a soccer field, but upon speaking to their coordinating leader down on the ground, they said what they really wanted was an orchestra. Harris said music had always been a key player in his life, playing piano since he was two years old then moving on to an orchestra in school. “My eyes just lit up,” Harris said. “Music has been a huge part of my life and way bigger than soccer. It seemed like it was meant to be. And from there it really just took off, bringing down instruments five or 10 at a time. At this point, there’s now 80 or 100.”

Six years later, he makes about two or three trips per year. Since the project started, HYO has grown to service around 150 kids. This was HYO’s third trip in partnership with the Colorado Symphony — three members of the Symphony came to help with the camp. The week would culminate in a concert for the community. But they never got the chance.

On Friday, they saw the first signs of protest while teaching at the school. Smoke rose to the sky and their local Haitian friends told them to stay inside. After getting the kids home and waiting two or three more hours, nothing seemed to be calming down. Harris and company decided to risk the trek back to their hotel. In Mirebalais, an hour north of the capital Port-au-Prince, they figured they’d be safe. “Protests there are incredibly rare,” Harris said. “But for some reason, things started to get a little hectic.” About 200 feet down the road, they hit their first roadblock. They were located at nearly every intersection and key parts of the road, including roundabouts and bridges, halting all traffic. The roadblocks were made out of anything protestors could get their hands on — tires, trees, bushes, metal scraps, even the frame of a semi-truck — and then set ablaze. 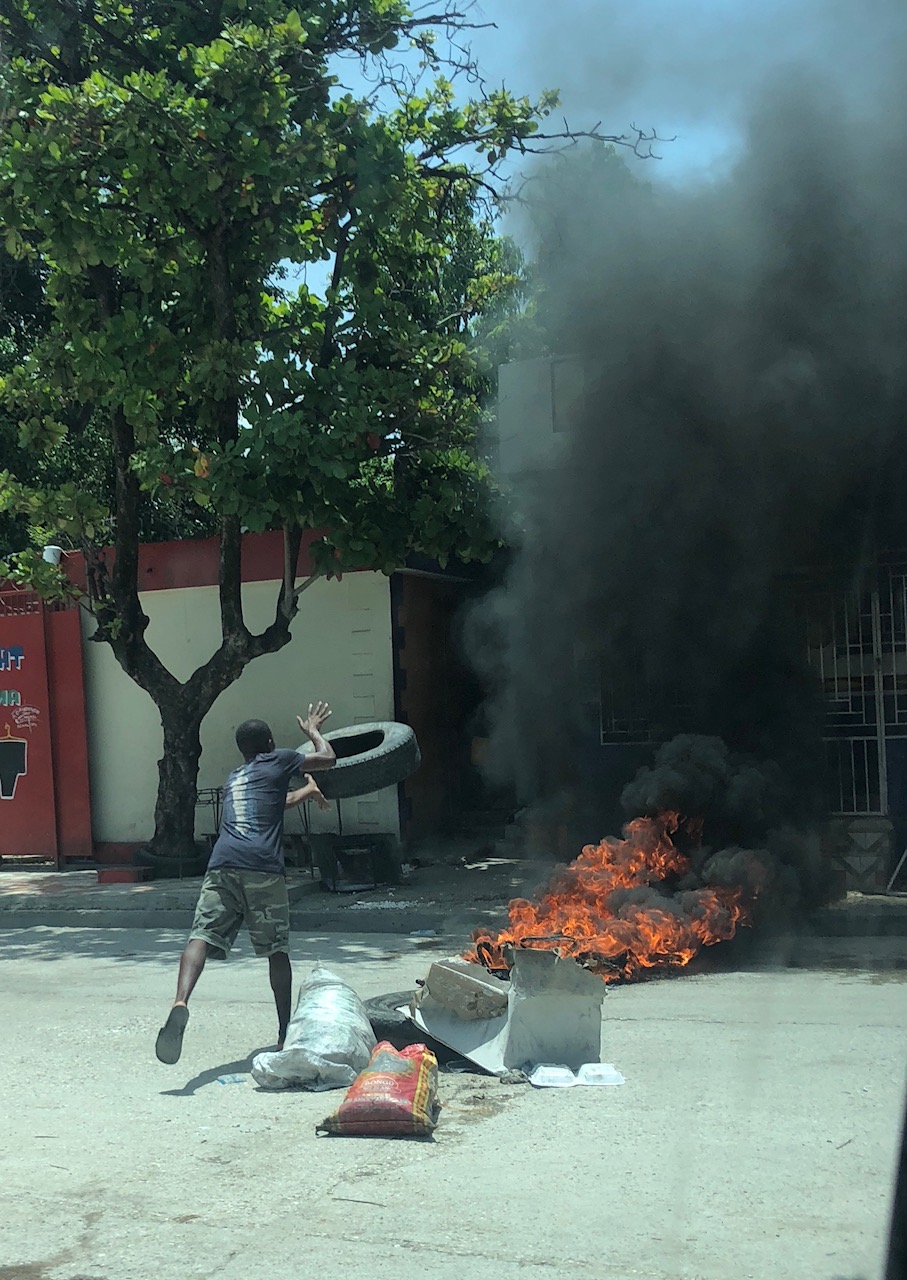 “We knew we weren’t getting to our hotel in this 15-person van that we had,” Harris said. “So we got out, strategically took our instruments, strapped them on our back because our Haitian drivers thought it might help our situation if people think we’re musicians. They may sympathize with us a little bit. So there we were — six American white people with trombones and violins strapped to our backs just walking down the street with burning tires on both sides.” Despite some pretty tense moments, they made it back. In a car, they felt relatively safe but walking completely exposed them to the elements.

“It was a scary scene,” Harris remembered. “Guys with shirts tied around their heads, I mean it was full-on Mad Max chaos-style. We would approach these roadblocks and there’d be a guy with a machete up front, they’d be screaming at us, ‘No photos! No photos!’ At a couple of the roadblocks, there was some debate between the members of the roadblock as to whether they were going to let us pass. Fortunately, the leaders always found it that we were able to pass.”

The musicians were stuck at the hotel for a few days. Mirebalais was relatively quiet, no one inciting violence unlike in Port-au-Prince where rioters had taken two hotels including a Best Western housing about 100 Americans. Loved ones back in the U.S. were hearing these stories but Harris and company had no idea what was going on outside of their hotel. On Sunday, they tried unsuccessfully to venture out again. The flight going out would be no problem — the real challenge was getting to the airport in the capital. There was lots of uncertainty as to whether the roadblocks were still in place. The company eventually came upon a busy road and saw about a hundred men gathering, starting to light fires. “I saw cars approaching, the guys were banging on the cars, throwing rocks at windows,” Harris said. “We figured we certainly needed to turn around.” For a few extra days they waited until, finally, they were able to get on a flight on Wednesday back to the States.

“Really the biggest tragedy of it all was they had to cancel the concert which was scheduled for Saturday night — the worst possible time of the entire weekend,” Harris admitted. “The kids were super excited for the concert. It’s great to see all the kids get dressed up in their nice clothes, their black and whites. They take a lot of pride in having something to showcase to the community, for sure. The concert always brings tears to my eyes. We got messages from a bunch of them after the fact, apologizing for the situation in their country. They were upset that the concert couldn’t happen. They promised me they were going to do a makeup concert sometime soon.” Despite the whirlwind experience, Harris said there is no chance they won’t do the camp again next year. The value to the kids and to himself outweighs the risks far too much to let this year’s events stop them. 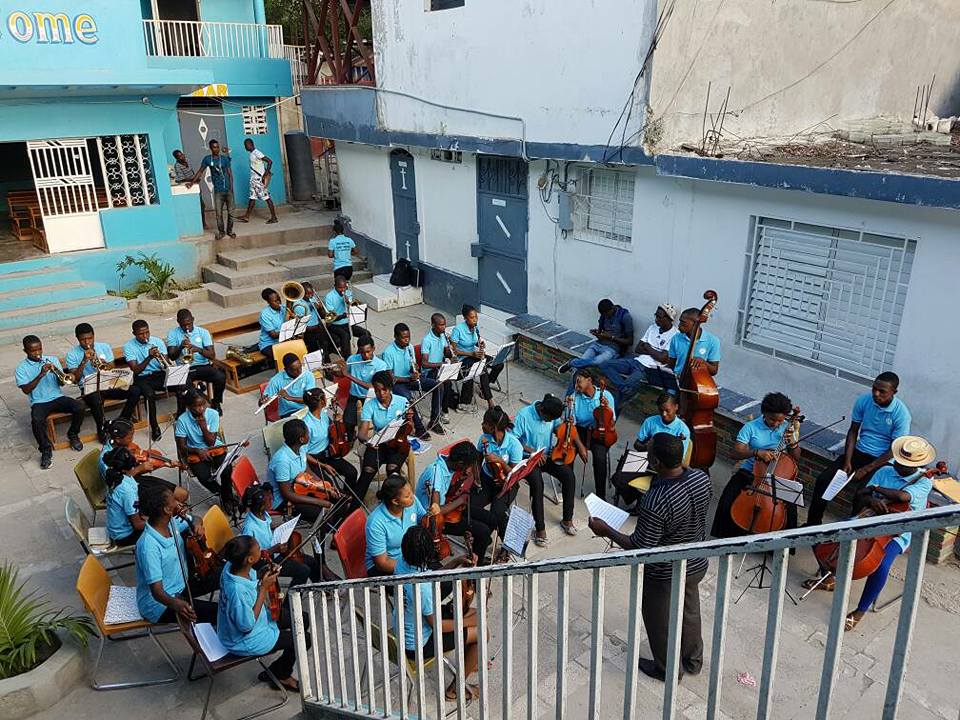