It’s been quite a year for Chromeo and 303 Magazine. Last month, the electro-funk duo graced Red Rocks once again for Funk on the Rocks. But after much debate, we challenged the duo to host a more funky-fresh and less electronic supporting lineup next year — since, well, it is called Funk on the Rocks. Chromeo responded on social media saying that they had accepted our challenge. And though we’re a while out from 2019’s Funk on the Rocks, they succeeded last night at Temple Nightclub, drenching Denver in electro-disco and funk for an hour-and-a-half. 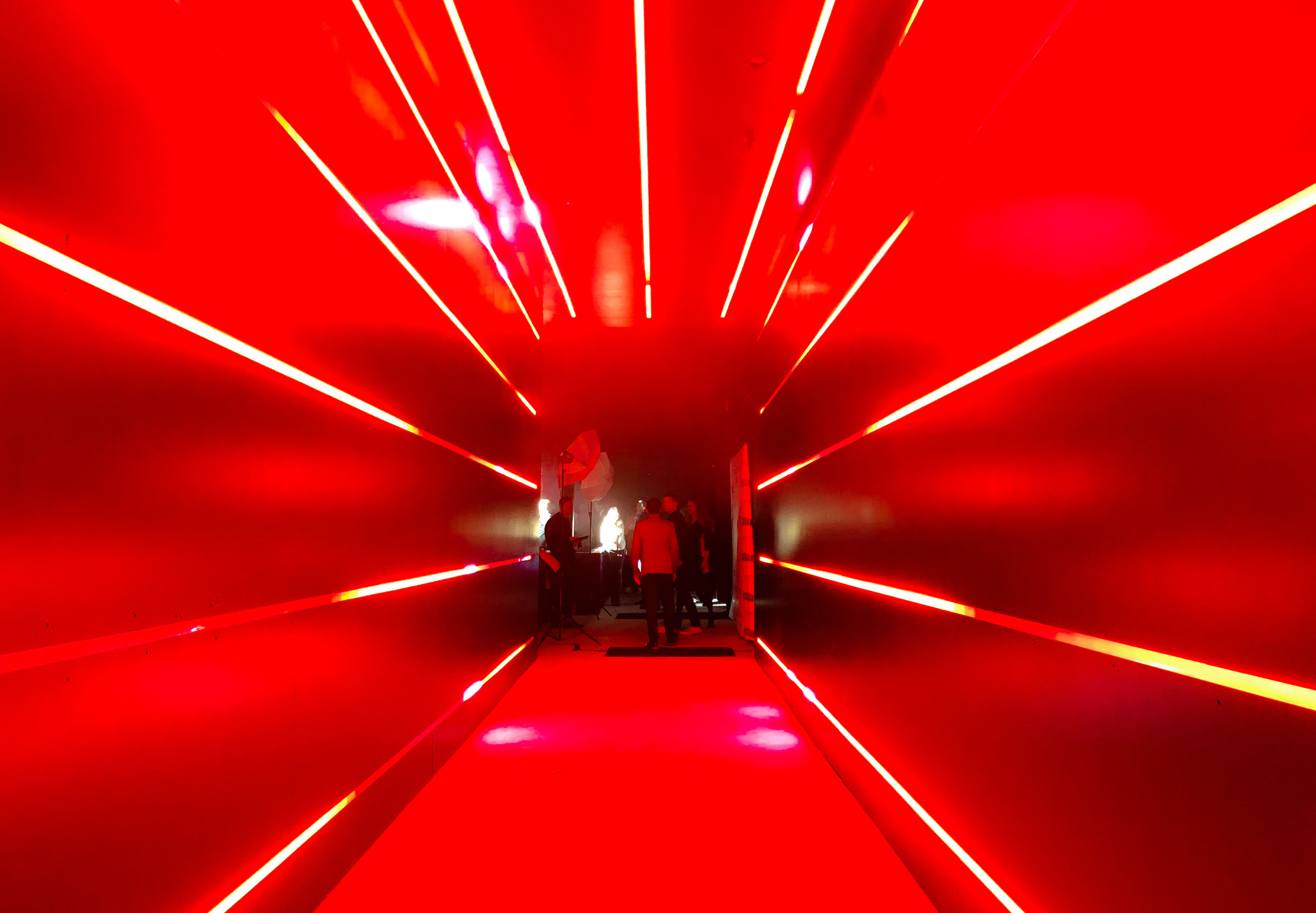 The entrance to Temple Night Club. Photo by Brittany Werges.

Broadway’s newest nightclub Temple was packed on this particular Friday night — the crowd was a mix of Chromeo fans and normal weekend club-goers. The venue was lit — literally. If you haven’t yet made it to Temple, the multi-room EDM club is covered in lights from the ceiling to the walls. Dancers grooved on the sides of the DJ booth and trust me — confetti was showered onto the crowd at some point.

Chromeo’s mix was their own take on funk and disco, all spun into the lens of electronic and dance music. They mixed in songs that bridged pre-2000’s eras. But that wasn’t all, the duo still managed to play variations of their own tracks as a salute to the Chromeo fans that made it out to Temple. “Juice,” “Jealous (I Ain’t With It)” and “Bonafide Lovin’” were played throughout the night, being remixed by the original artists themselves. Every once-in-a-while Chromeo would work in more modern dance tracks including two Disclosure songs — “Bang That” and “Ultimatum.”

Review – Is Chromeo’s Funk on the Rocks Really About Funk?

Now, some DJ sets are just a member or two of a full band, or an individual from a duo. Sometimes it’s multiple members who take turns behind the turntable. Sometimes DJ sets don’t even feature the front-person of the band you came to see. Chromeo, on the other hand, performed together the entire night. The duo showed Denver that they’re a team — or better yet, maybe even best friends. At points, they gave shoutouts to the crowd, danced along to the tunes and mouthed the lyrics to the tracks they were mixing. They clearly enjoyed the DJ set just as much as we did.

After a confrontational conclusion from 2018’s Funk on the Rocks, Chromeo proved to Denver that their roots grow deep in the genre of funk. Not only that, Chromeo showed us that their electro-funk style is true to who they are, spinning their modern, electronic-fueled take on funk. After accepting our challenge, and then throwing down on a DJ set in Denver, we have to say — we can’t wait for Chromeo’s return to the Mile High City at Red Rocks next year.