Velorama Adds Modest Mouse And The Growlers to Lineup

As luck would have it, just a couple of days ago Velorama Festival was faced with replacing yet another act on its lineup. The first act to unfortunately drop off was Vince Staples, who was supposed to headline alongside Cold War Kids on Saturday, August 18, but had to pull out due to touring conflicts. The second and most recent act to drop off the lineup was none other than Friday’s headliner Glass Animals. Citing a tragic bike accident that has left their drummer Joe Seaward with extensive injuries, including a particularly brutal skull fracture, the band canceled all of their remaining 2018 tour dates including Velorama.

After the plague of bad luck, good news has finally arrived. Velorama Festival has announced that Modest Mouse will take over headlining duties Friday, August 17. The veteran indie band will still be joined by The Kills, Hop Along and Slow Caves for the night, and are sure to please many fans hoping for an applicable replacement. This recently announced performance comes on the heels of the band’s May 13 Red Rocks concert but while the turnover may be short, they will still certainly draw a large crowd. Additionally, earlier last week, Velorama also announced Vince Staples’ replacement to be The Growlers, performing in Denver following their Beach Goth Festival in Los Angeles. 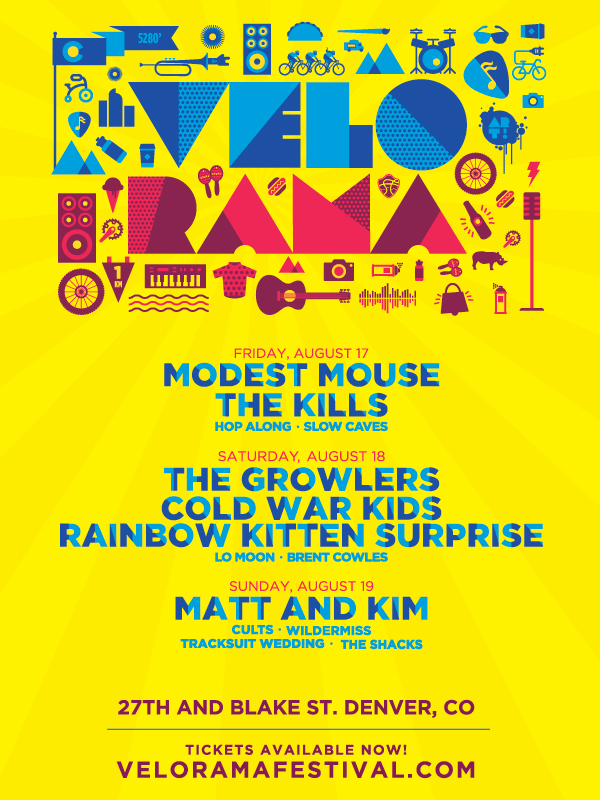 While it is understandable that some folks would seek a refund, hoping to see Staples or Glass Animals, the festival is not providing refunds for band cancellations. However, the festival is still on sale for those looking to cash in on the new additions.

Velorama Festival will run from Friday, August 17  to Sunday, August 19. Tickets are still on sale at via Velorama’s website.