Review – UMS Returned to South Broadway With A Vengeance

If you ventured down South Broadway this past weekend, your liver and checking account are undoubtedly in recovery. But if you were among the many to make the trek to this year’s Underground Music Showcase (UMS), we’d bet do it all again in a heartbeat. UMS, the annual, and mostly local, behemoth of a music festival returned to South Broadway and the many establishments that call the cement strip home.

This year’s edition, however, was reimagined in a wave of fresh blood and new ideas with Two Parts taking the reins following the sale of the festival and departure of former director Kendall Smith. The resulting weekend was a roller coaster of experiences and sounds, a couple hiccups and snags, but for the first time in a long time a sign of a promising future for the festival. 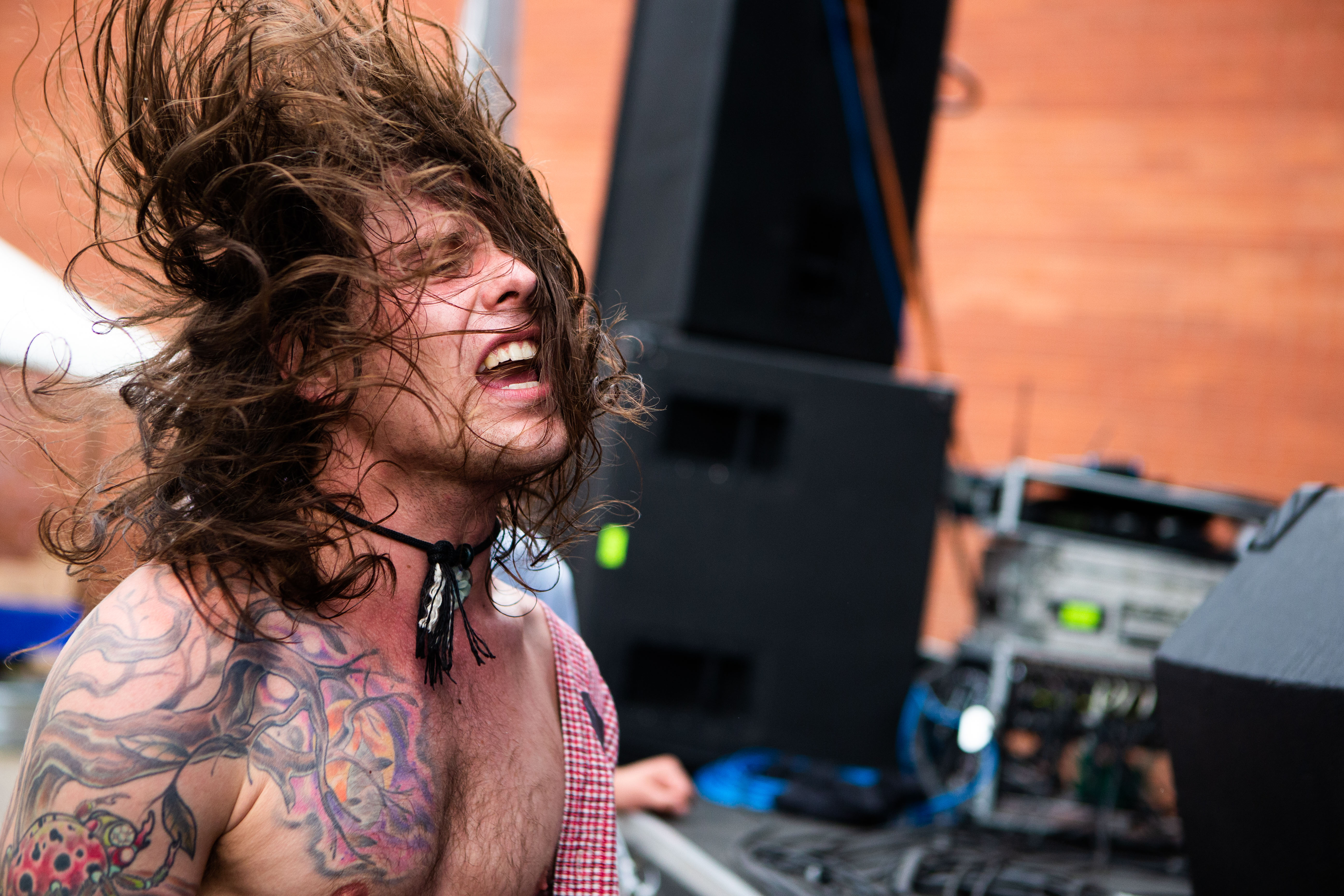 The most immediately recognizable change was in the stages and venues of the festival. With a recommitted focus on the previously underutilized northern end of Broadway, UMS added several outdoor stages as well as programming in spots like Banded Oak Brewing Company among others. The Imagination Stage and the Sesh Stage felt like offshoots of the Main Stage, and in turn, reinforced the festival ambitions of the new owners. The Imagination Stage, sponsored by 303 Magazine was a creator’s playground. Inflatable foods and lips made up the backdrop to the assortment of the bands. Lula Rose provided plants and Hotbox Roasters music inspired miniature doughnuts in 303’s “throwback” lounge. Elsewhere, life-size playing cards and dice were hangout destinations, pyramids acted as modular synthesizers by WMD, local artist RUMTUM live painted a mural and an old-school car became a DIY ball pit, all of which unfolded in the back lot of Import Mechanics. 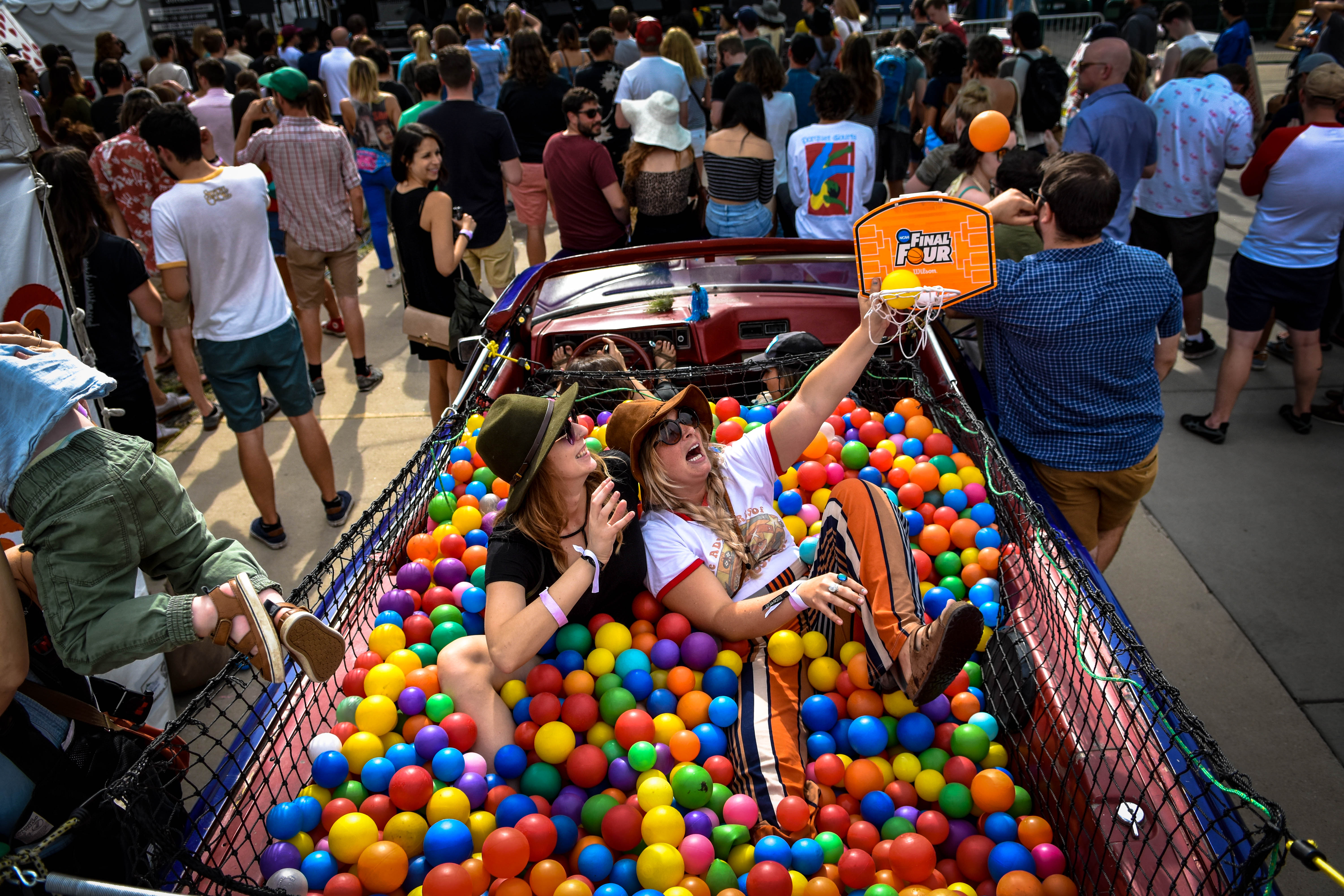 The Sesh Stage, on the other hand, was an emporium of beer and bands as it was the new location of the previously separate Two Parts event Sesh Fest. The black top bubbled with vendors like Stranahan’s Whiskey and the festival’s official beer sponsor Oskar Blues, along with other brands eager to have their fares sampled. The fest within a fest felt like another world away, completely separate from the restless party going on farther down Broadway. The inclusion of the new stages wasn’t solely to house more bands, rather, to make UMS more experiential and immersive. On that count, Two Parts knocked it out of the park. 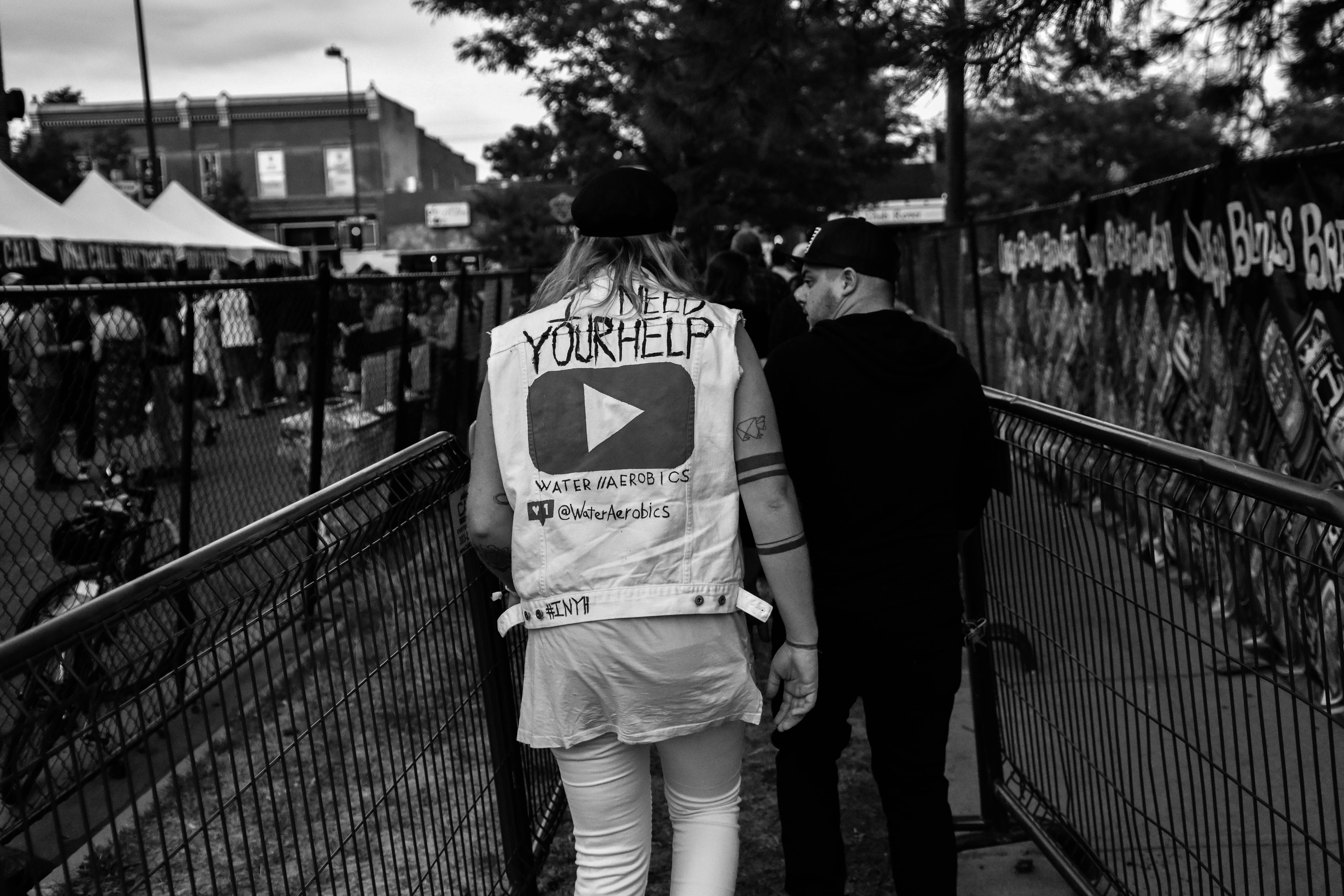 Doing away with the traditional Thursday kick off and launching the festival mid-day on Friday, UMS had an air of brevity only intensified by the sheer number of acts performing. With a million things going on, it was unfortunate that large-scale physical schedules were few and far between for smaller stages and outlying venues. Relying on dying phone batteries to check the UMS app, word of mouth and good old fashion intuition, many attendees simply ended up at a given set. Then again, the spontaneity led to a myriad of musical discoveries. However, an unintended consequence perhaps due to the lack of schedules or the scheduling itself was at times uncomfortable crowd concentrations. Venues residing in the middle section of Broadway were often packed to the gills with little room to move inside if you were lucky enough to get in. Likewise, on more than one occasion, bands with bigger followings were placed in venues too small, or at inconvenient time slots, and not programming effectively to disperse people to those bigger stages.

Speaking of the music, this year’s UMS featured one of the most diverse bills from the top line down.  Dance music and hip-hop had a significantly larger presence that fell in stride with Denver’s eclectic music taste. From Classixx headlining the main stage (back at Goodwill) to Diggable Planets and DUCKWRTH down to Rob4Real rapping and Aaron Bordas spinning in packed bars, this year’s edition invited new talent to the roster and a slew of new fans with it. The hipsters, the ravers and the hip-hop heads were brought together to experience the party that was the Underground Music Showcase. Longtime Denver staples like The Other Black and Colfax Speed Queen were in tow as well, crushing their respective venues. UMS also embraced comedians like never before, providing a full stage and a hearty and hilarious lineup to crack a smile down at Illegal Pete’s.  If one thing can absolutely be said, the booking of this year’s UMS was immaculate — not a bad set could be found the entire weekend. 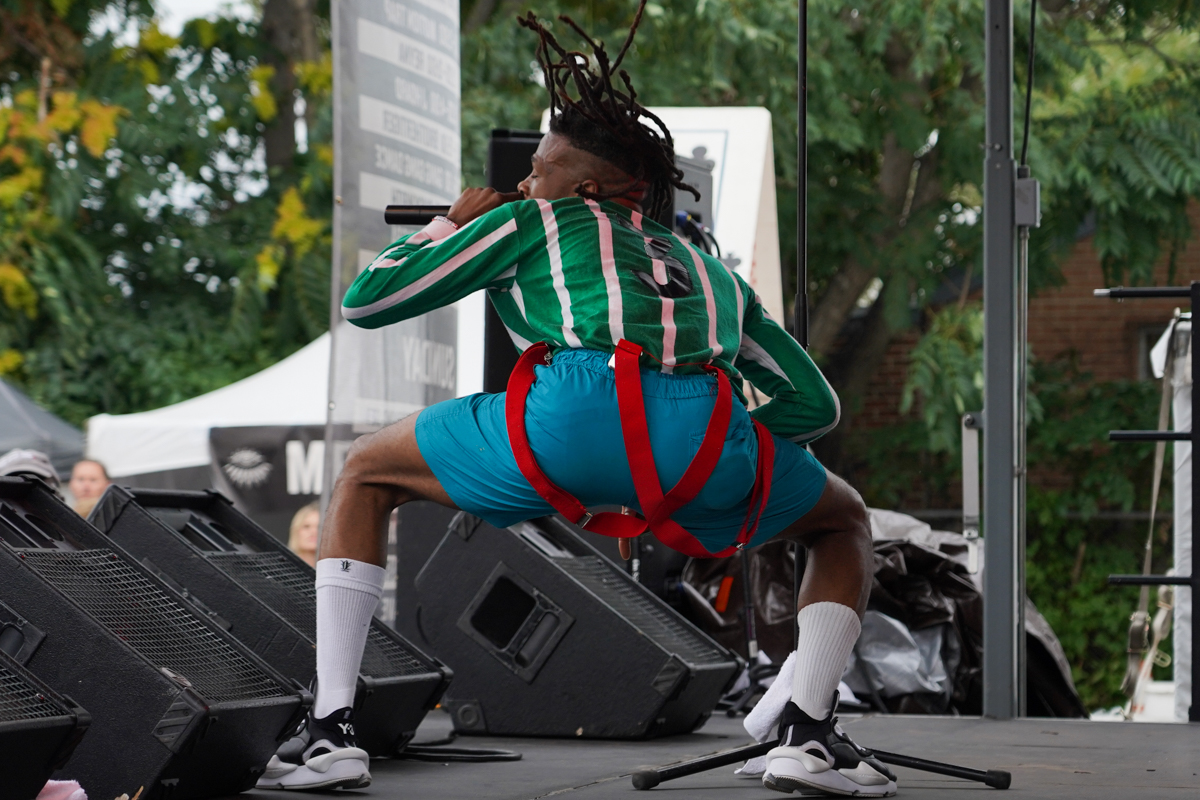 Likewise, in bringing all things and people together, this year’s UMS worked to create a UMS not only in the community but one that felt wholly embraced by the community. Ean Tafoya, UMS’ community engagement director, headed the creation of the comprehensive community harm reduction plan modeled off Pridefest and Arise Music Festival. Going to every business on Broadway, Tafoya and his crew invited the community in planning this year’s festival.

“Fun, safe, clean, inclusive, creative, engagement — these are some of the values we worked with the community to include in the plan.  Looking back at the last three days, I can tell you the plan was a huge success.  With the expansion of the UMS, it was a big lift but the community and my team worked well together,” said Tafoya.

Walking from stage to stage and venue to venue, Tafoya was successful in his mission — the entirety of UMS felt like a community affair. The same can be said for how event director Tobias Krause and the rest of the Two Parts crew, put this year’s festival together. Throughout the weekend, all hands were on deck seeing their vision out — bands would help set up and tear down, passionate music fans would be volunteering running the many booths, artists banding together to create art installations and more and it was commonplace for band members from other bands to join each other on stage for a jam or two. This year’s UMS was bigger than it ever has, but the lifeblood of the festival being Denver’s community, UMS was a family affair. It was the first time in years that UMS truly represented Denver, and in turn, Denver showed out for UMS and the cast and characters that made it possible. If UMS can keep that connection intact, there’s no telling where it can go — this year, Denver’s small indie fest was unconquerable. 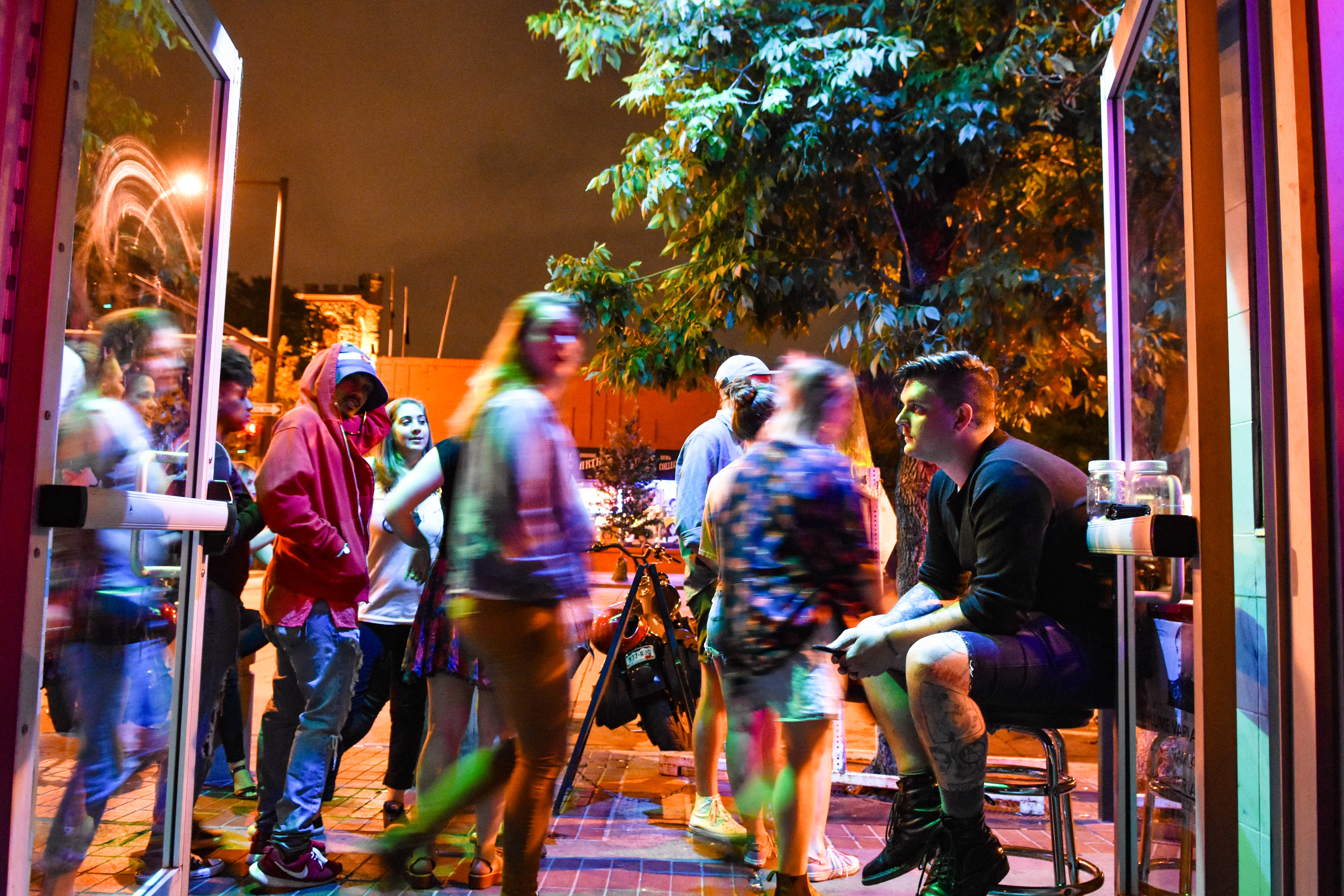