The beginning of Modern Leisure’s full-length debut Super Sad Rom-Com sounds like a funeral dirge before smashing any notion of sadness to smithereens. In album opener “Your Favorite Self,” lead-singer Casey Banker tells a person falling by the wayside to “get [their] shit together,” although, in his mind’s eye, their bags are already packed. Such is the premise of Super Sad Rom-Com — an ode of sorts to an ex-lover, but more so a sign-off to a collection of memories, good and bad, that simply must go in order to move on. Of course, there’s a certain sense of sadness at its core, but of the nostalgic kind, where what’s done is done, and there’s nothing to do about it. It’s a yard sale of an album that grips the listener to buy into its box of treasures, dig through its storied past and perhaps lead someone through the shambles of their own heartbreak. 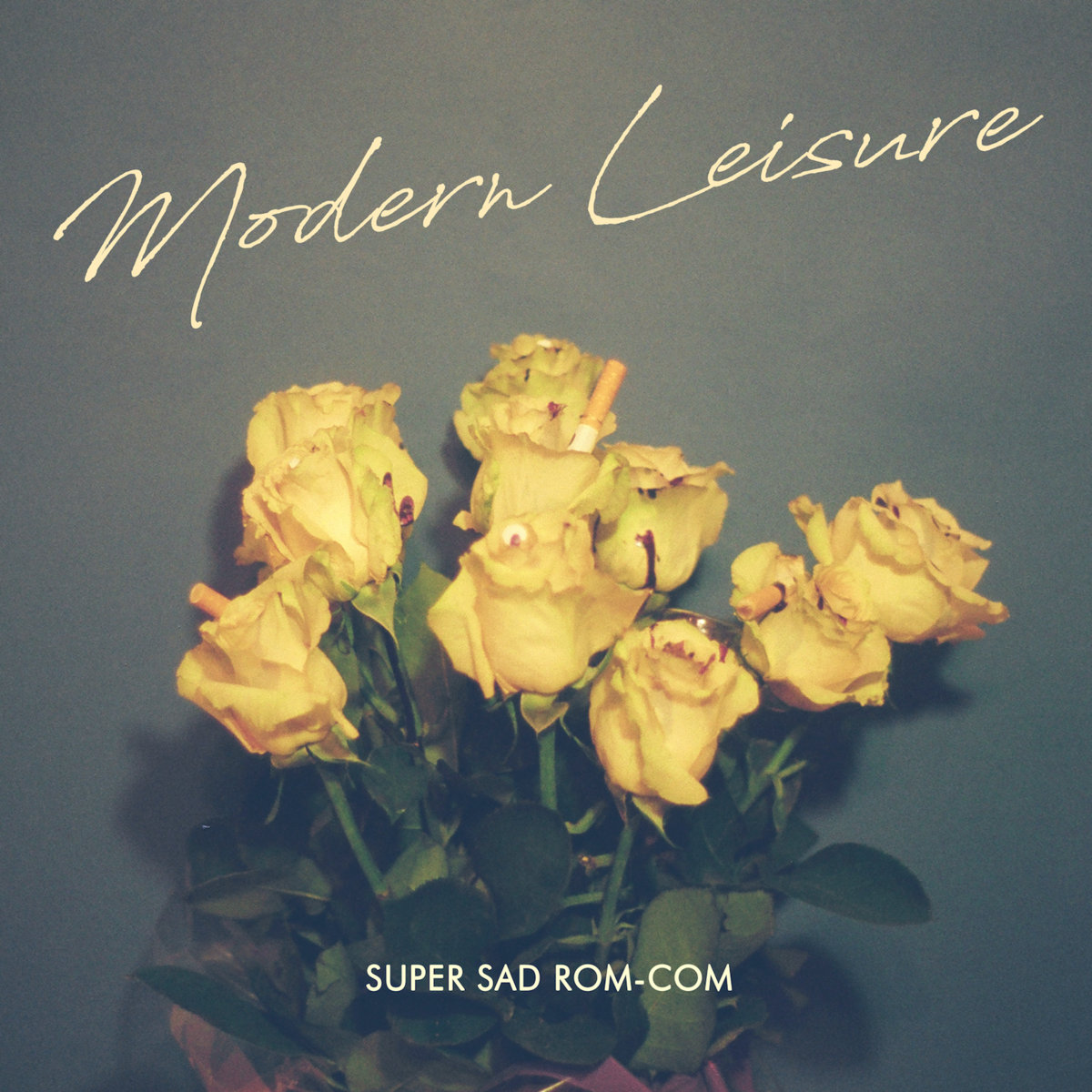 Speaking of a storied past, Modern Leisure is the project of Casey Banker, longtime Denver musician, who has also played in Shady Elders, The Outfit and the Don’t Be and Be Carefuls. Contrary to the punk rock tendencies of latter two, Banker’s Modern Leisure project spins off of the beachside vibes of Shady Elders but dives a bit deeper. You can almost imagine Banker lounging in the beach chair of his own naivete and derision sipping something strong, wondering “how did I get here?” Well…over the course of the 12 songs that comprise Super Sad Rom-Com, you start to get the picture.

On album standout, “Girls in Black,” Banker sings of girls in black having “golden dreams,” of which he always appears in the background of. This song is dedicated to the girls who play too damn much — the Lucys to Banker’s Charlie Brown, and their romance — a football that has failed to launch. It’s a childish cruelty that Banker never ceases to fall for. Elsewhere on the title track, the hopeless romantic in Banker tells of a girl who is “born to terrorize” while he is “born to romanticize,” much to his chagrin. But, on “Ella for Real” it seems like for better or worse as he meets his match — a party girl who wants him more than he wants her, for once.

Super Sad Rom-Com is a rich album, bathed in sun-soaked guitars and rolling drums fittingly inspired in the ’80s but translated in millennial romanticism. Love is fleeting and connections can be confusing, and in that sense, the themes and the music lend themselves to each on this album in seamless accord. The same can be said, for how Banker distills these brief yet impactful interactions through his songwriting. At times surreal, but incredibly relatable, Super Sad Rom-Com nails the feeling of being 20-something lost in love and life but trying to figure things out. Banker, nearing the end of such a time in life is packing up and sharing the best of times as well as the worst. However, fleeting it may have been, it was a real as it could ever be. In real-life, romances don’t always have happy endings, or sad for that matter —sometimes they just do.