There’s truly nothing that holds the special type of depth that’s entangled in the sound of a talented voice. Pair that with some minimal harmonica, acoustic and not-so-acoustic guitar strumming and smooth keys and you have the wonderful simplicity of Rowan Kerrick’s Foolish. That’s not to say the album is, well, ordinary. With this release, the musician carves herself a home in Denver’s growing and diverse music scene.

The record was mixed and produced by Justin Gerrish who has worked with the likes of Vampire Weekend, The Strokes, The Moth & The Flame and Yeah Yeah Yeahs. Rowan Kerrick, real name Rowan Schoales, describes her style as dreamy-folk-rock and “just beyond heartache” soul-folk. All of that comes to fruition on Foolish, after a Pledge Music Campaign brought the album to life with the help of 84 contributors and just over $7,000 — only half the cost it took to create the record. This is the debut album for the artist under the name Rowan Kerrick — which came out last Friday, July 20. She’s a classically trained pianist, self-taught guitarist and a graduate of Denver School of the Arts (jazz). Not only is she professionally trained in a variety of musical fields, she performs the guitar, keys, harmonica and vocals on her new album. The release also comes at a good time for the Mile High City, as the musician just moved back to Denver in March after seven years in New York.

Rowan Kerrick’s words ring of complexities — the emotional complexities that are impossible to define when it comes to love. “Did you need to be loved? ‘Cause your mama never gave you enough? Was it for the good fuck? Was it to feed your ego?” she sings on the opening lines of the album in “Your Song.” There are limitless themes of heartbreak and love lost woven into the album — but not the overdone typical tears, sadness or powerless whining. It’s an album about love which shows other musicians that heartbreak isn’t just about the tangible and definable elements. It’s the in-betweens that make us so confused — the indescribable feelings — that are emphasized by the artist, as she explores the blurred lines of love oh so delicately.

At points, Rowan Kerrick even embraces the strength that’s garnered in the aftermath of heartache and the foolishness of basking in its misery. On one of the album’s standout tracks, “How Many Times” Rowan battles with the realizations of a love lost — a selfish love. But instead of offering just minimal insights and sad thoughts, she takes ownership and unravels an insightful and even relatable tale. “How many times can you say that you love me? Can you tell me how long until your words lose their worth? I’m saying your name more than thinking of my own.” These are the types of thoughts that could only come from the mind of someone who’s experienced these situations and their respective emotions personally — who have felt that indescribable spectrum of love. It’s almost as if that’s exactly what Rowan Kerrick derives her inspiration from.

Though the cohesive album as a whole is utterly fantastic, another standout track is “Here.” Rowan Kerrick’s voice is exemplified by a quick guitar progression and moving percussions. But it’s the chorus that grips your soul with simple lyrics that you’ll find yourself singing by the end of the song. All at once the track is happy and sad — another example of how the musician balances the complexities of love.

The album appropriately concludes with another example of this characteristic with the ambient “Slipping” — a strangely soothing and thought-provoking melancholic love song. “And I’m slipping — slipping into you. And I’m losing my mind.”  It’s the perfect ending to Foolish, bringing the album full circle with the realizations of a new love. But at what cost? Even the word “slipping” here is used with both a positive and negative connotation, perfectly solidifying the duality of the album.

Foolish has only made us more excited for what Rowan Kerrick has in store for the future. The singer-songwriter has a relatable grasp on love’s trials and tribulations, a bravado that could compete with today’s brightest stars and a cohesive sound that never strays from excellence. Be sure to give Foolish a listen and keep this musician on your radar.

Foolish was written and performed by Rowan Kerrick, produced by Justin Gerrish and recorded in Brooklyn at Hook and Fade Studios. 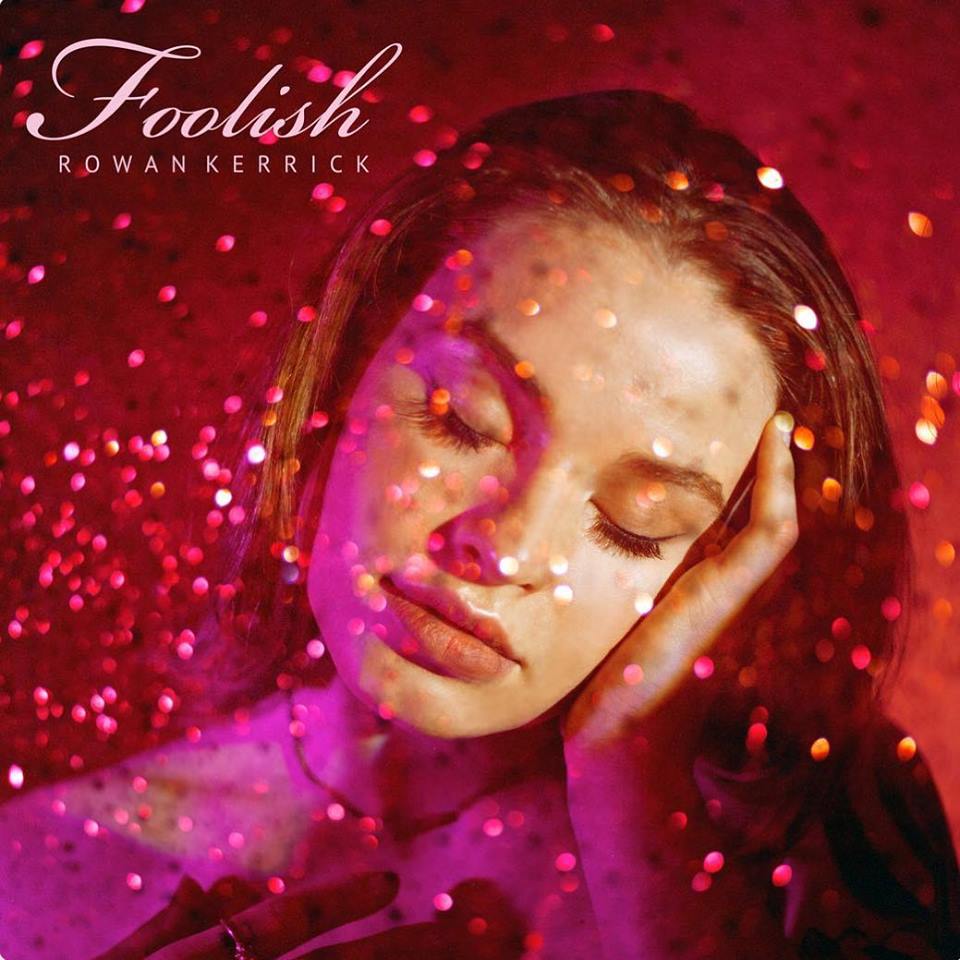