Paint has to grace a canvas, fabric has to be cut and a guitar has to be strung. A masterpiece has to start somewhere — and for Paul DeHaven, the blood, sweat and tears put into an album are “art unto themselves,” as he puts it, not just as a finished product.

DeHaven is a staple of Denver’s music scene, as the former guitarist of Paper Bird who broke up in 2017. He was also a part of alt-rock band Eye & The Arrow. The biggest challenge he is facing as a solo artist is simultaneously working as an independent artist.  “In some ways, it’s just me out here on a limb,” he confessed. “Luckily, I’ve had some major experience with this whole music thing.”

DeHaven’s first solo album King of Gold — to be released tomorrow, July 5 at Hi-Dive — ventures to places his previous group-work didn’t dare. He said this is not by design but rather because the work is a fuller expression of him and not a democratic collaboration with a group. He bends genres far more, and it is clear how personal the content comes. The new project may hinge on the past but he doesn’t let it hinder his new sound. Furthermore, the eight-track release is the best reintroduction to DeHaven the music scene could have asked for, though he never left.

“It was really good for me as an artist to take the reigns, be independent and make bold decisions and stick with them. You know, wandering through the soup of self-doubt and coming out the other side unscalded,” he said. “I got to try out every stupid idea, and keep the good ones, and go down every rabbit hole. Which probably takes longer, but I wasn’t beholden to anyone’s time but my own. So that is okay by me.”

He struck ore with “No Gold.” The gravelly vocals are a road-worn prize, working overtime for the listener. Known as a guitarist, DeHaven relishes in the opportunity to use his voice. “This was my chance to let my voice be heard and sing from the heart, and really craft a collection of songs that worked together, from a similar perspective, with a — I hope — cohesive theme,” DeHaven said. 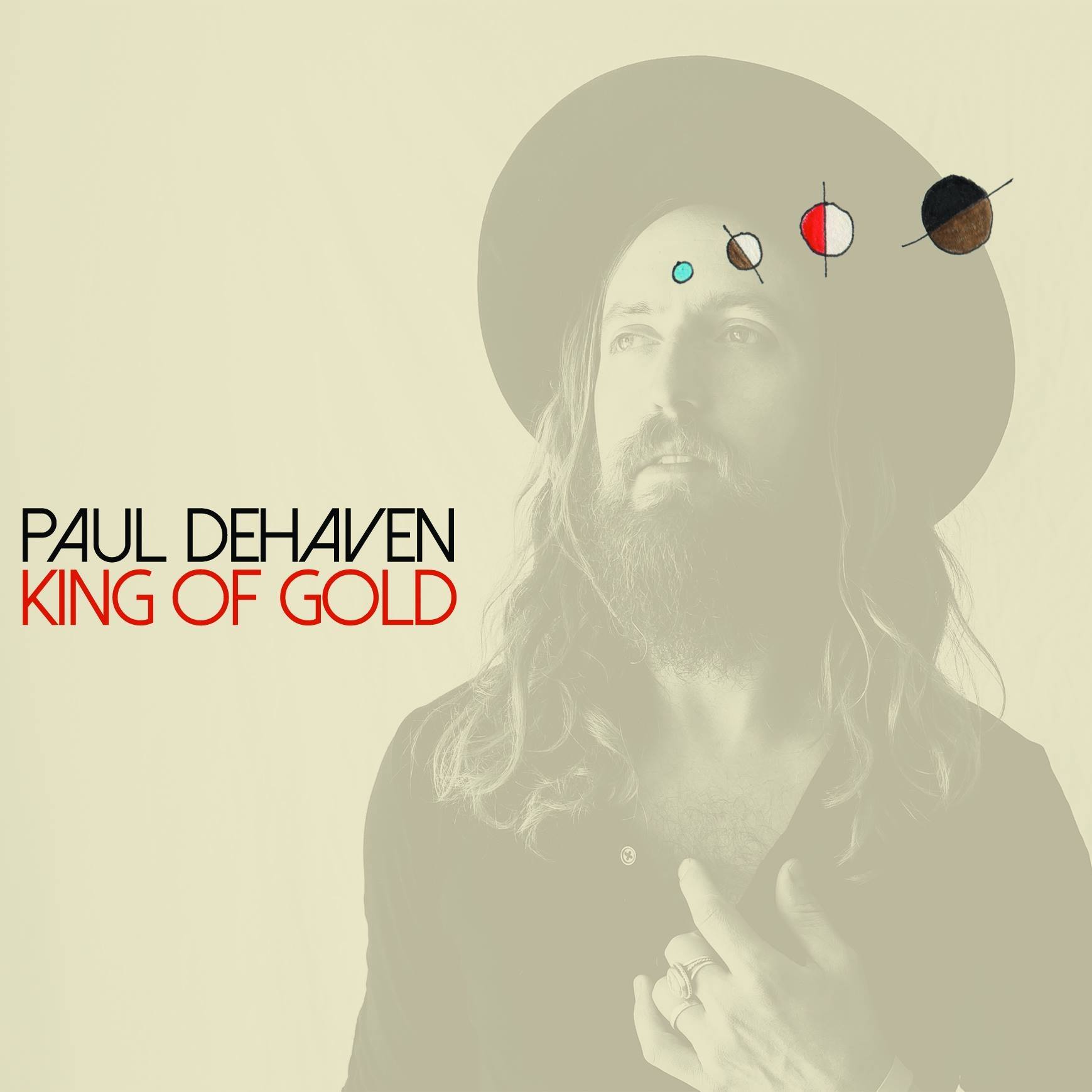 A Western swankiness takes hold of “Fountain Of Youth” — a sound remiss since classic folk. Less of a cowboy and more of an engineer, DeHaven wrote, produced and performed every song on the album. It is a joint effort between the many facets of his history — both musical and personal. King of Gold is a pensive reclamation of DeHaven’s musical dexterity. His vocal cadence sounds like gritty honey, both sweet and sharp. He thought out every instrumentation, planned to a degree of imperfect perfection popular within alternative-folk stylings.

“Self-reliance is a huge theme of King of Gold, so in a way, it’s fitting that the process matches,” DeHaven spoke of his work. “The song ‘No Gold’ screams and screams ‘there is no gold out there.’ The implication is that the gold lies within.”

He hasn’t lost his penchant for guitar either. DeHaven’s guitar sets the tone for each track it graces. The riffs meander along the album. Each melody plays with individuality, never stepping on the toes of mundanity. Yet, it all works together in harmony — just as he hoped.

“King of Gold is my attempt to alchemize the loss and disenchantment of our age and turn it into something real,” he said of the inspiration behind the album. “If not beautiful, [it’s] at least real and truthful, both with the loss of my band — which contained a big part of my identity for the past decade — but also in the grander scheme of the modern world [and] the death throes of materialism. It is the death for value, and the evaluation of value, with the goal of finding what really matters — what is true and beautiful and what has meaning and value. I don’t think the record offers any answers. And I’m okay with that. I think it’s a question everyone has to ask themselves and find their own answers.”

Go here for tickets to the release party on July 5 at Hi-Dive also featuring performances by Porlolo and Anthony Ruptak.