Los Angeles electronic trio The Glitch Mob — comprised of Justin Boreta, Ed Ma and Joshua Mayer — are Red Rocks veterans who keep the world on its toes with their bass-heavy output. With a dark aesthetic and a distinctly thick and thumping sound, the trio has made an instantly identifiable brand for themselves in the EDM world. Coming through Denver to play alongside Chromeo at Funk on the Rocks, we caught up with the Mob to talk about their new album See Without Eyes, their experience as a near Red Rocks staple and technology’s role in their music.

303 Magazine: It’s been four years since Love Death Immortality (2014). What have you been up to and what inspired your new album See Without Eyes?

Justin Boreta: After Love Death and Immortality came out in 2014, we toured all of that year and into 2015. We took a little bit of time off to relax, but we pretty much jumped right back into writing this album. See Without Eyes is a result of our musical process — we went out to Joshua Tree for a little bit to get inspiration, to clear out the cobwebs of touring and to recharge. Our process all around is using our tools to explore new ways of crafting music to explore our own selves and become better people each day. 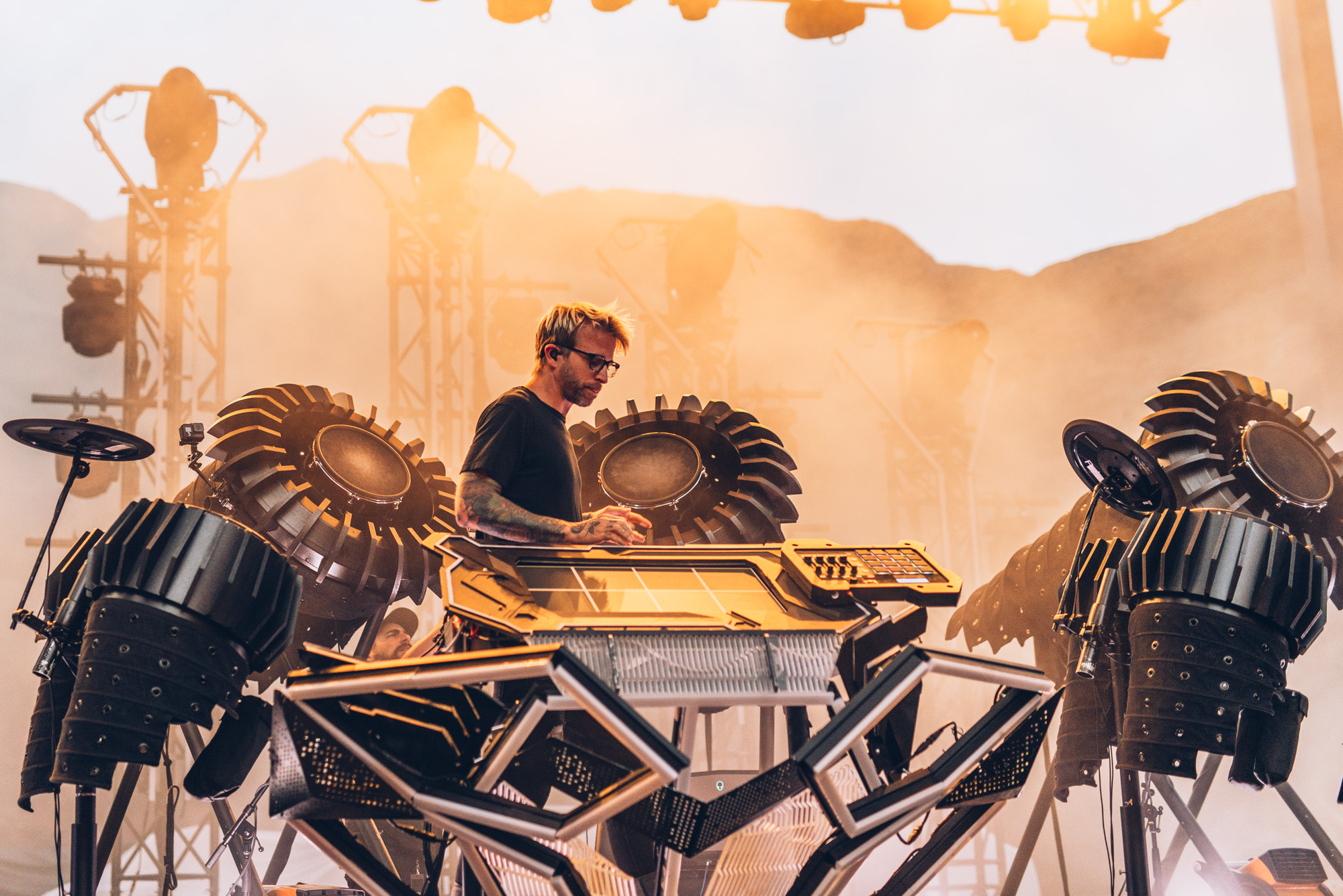 Joshua Mayer of The Glitch Mob

303: See Without Eyes was accompanied by an entire visual component and VR experience, what was the intention behind such an immersive experience?

JB: [With] the VR aspect, as we do with many of our collaborations, we offered the music and we wanted to get a natural reaction to it. For example, Elohim who played with us tonight — we gave her the song, she heard something and recorded it. With the VR project, it was created by a friend of ours at Strangeloop. He heard the album and created all the YouTube videos for it using Unity, a game engine that allowed him to make VR content. He sort of future proofed the video as he saw how the album would lend itself because there’s a whole story in there. For us, it was another way to get into the music.

303: You guys are coming to Red Rocks today with a revamped version of your stage set up, The Blade. What’s changed and what can we expect?

Ed Ma: The Blade has gotten a serious upgrade and facelift on many levels. I think the main thing is, we’re really big on performing our music with the energy of a rock band, but obviously it’s electronic music.  The Blade is just our instrument to express that. This time around, a lot of the computer hardware and touchscreen technology is powered by Dell’s Alienware. 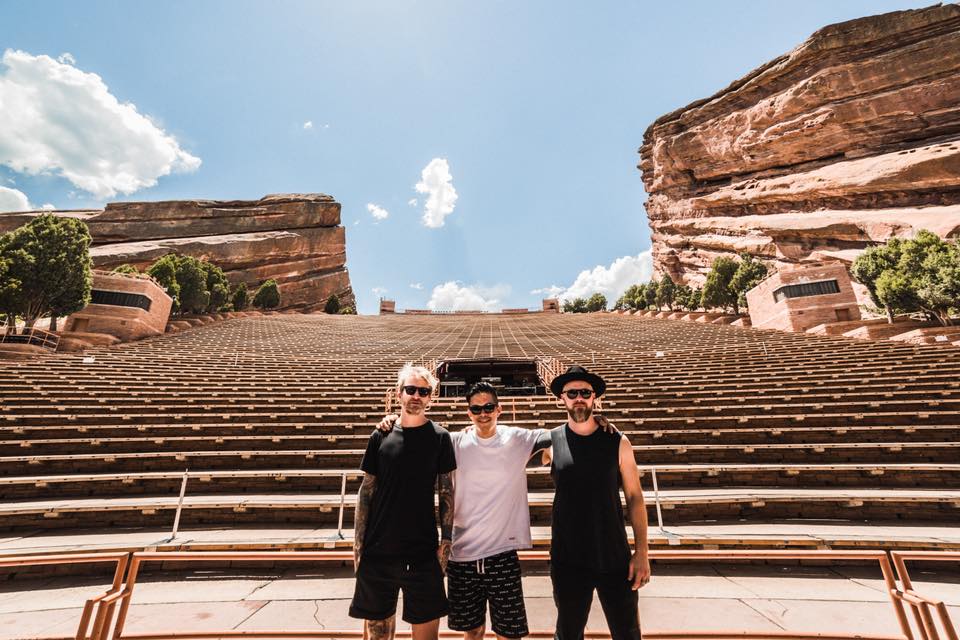 303: You guys have come to Red Rocks on a number of tours, what does it mean to you to play this venue time after time?

JB: Red Rocks is such an iconic place. People from all over the world ask us when we have an interview, “what’s the best place to play?” and we always say Red Rocks. There’s something about our music that just has a cinematic feel to it and the venue has that same thing built into it. It’s one of the most beautiful and natural environments in the world, and it’s a rite of passage to play here. In fact, one of our earliest shows was playing here with STS9 where we played a set break for 30 minutes in 2007. Tonight is our sixth time here, and in Colorado, we have a very deep connection with our fans and is one of our most important places to come and play.

303: A lot of electronic-focused artists come through Colorado, why do you think Colorado is such a mecca for electronic music?

JB: It’s hard to say. It feels like there’s a culture of going out to see live music here. Having a venue like Red Rocks and a culture of a lot of live bands — you’ll see the wall (backstage) with names like the Grateful Dead and Bob Weir having played 20 times or something like that. There’s just a deep connection and support for that here.

303: Speaking on your new album, what do you hope people take away from See Without Eyes?

EM: We’re always big on letting the listener determine what the music means to them, how they chose to interpret the music and connect feelings and emotions to it. At the end of the day, as musicians, we put the music and the art out there, and hopefully, it reaches people in a positive way. 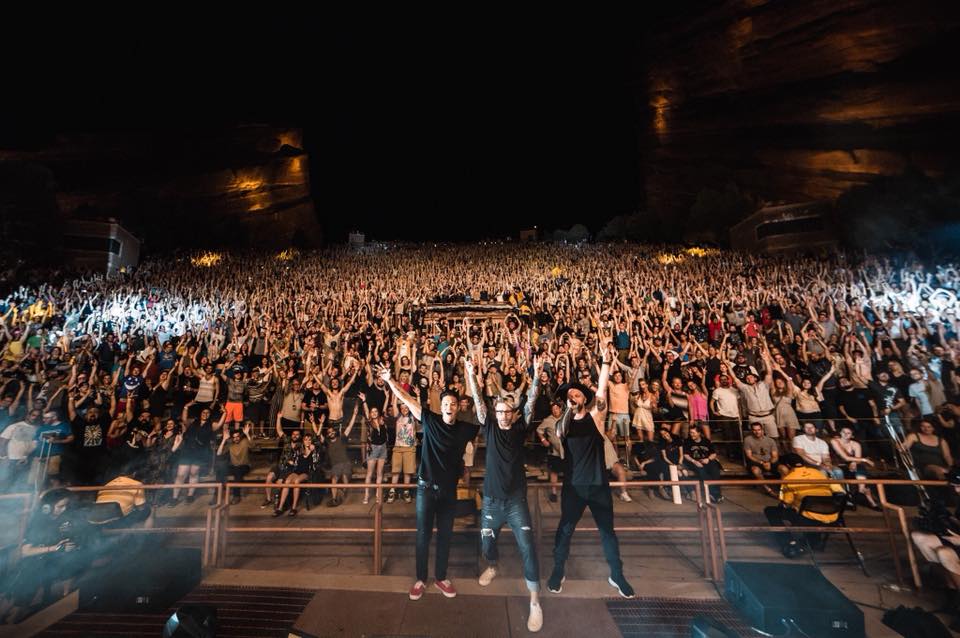 303: It’s been eight years since Drink the Sea, how have you guys changed as a band?

EM: As a band, you’re constantly evolving, but not just as a band but as human beings, as brothers, as musicians… For us, like Phil Jackson said, “it’s the journey, not the destination.” Life is a constant cycle of growth and change, and change is the only constant, really. The people we are now, obviously there’s a big portion that’s different than when we made Drink the Sea, but to this day, there’s so much of that album that’s in the three of us and will be for the rest of our lives.

303: More and more with within the electronic genre you see the merger of technology at the forefront, why as an act that continues to push technological boundaries, do you think that’s important?

JB: Technology for us is just a way to perform the music. At the end of the day, the means justify the ends. We love music technology, but it’s not about that. We’re interested in playing music in new and interesting ways, and technology has to get out of the way for that.

All photography by Alden Bonecutter, unless noted otherwise.