Denver is a craft beer city – it is filled with perhaps some of the most knowledgeable and, let’s be honest, the most spoiled beer drinkers in the country. There is good beer everywhere and anything less than stellar and innovative can seem lackluster. In RiNo the stakes are even higher – you can’t walk in any direction without stumbling over a craft brewery. There are expectations, there is diversity — but most importantly it has become a craft beer community. 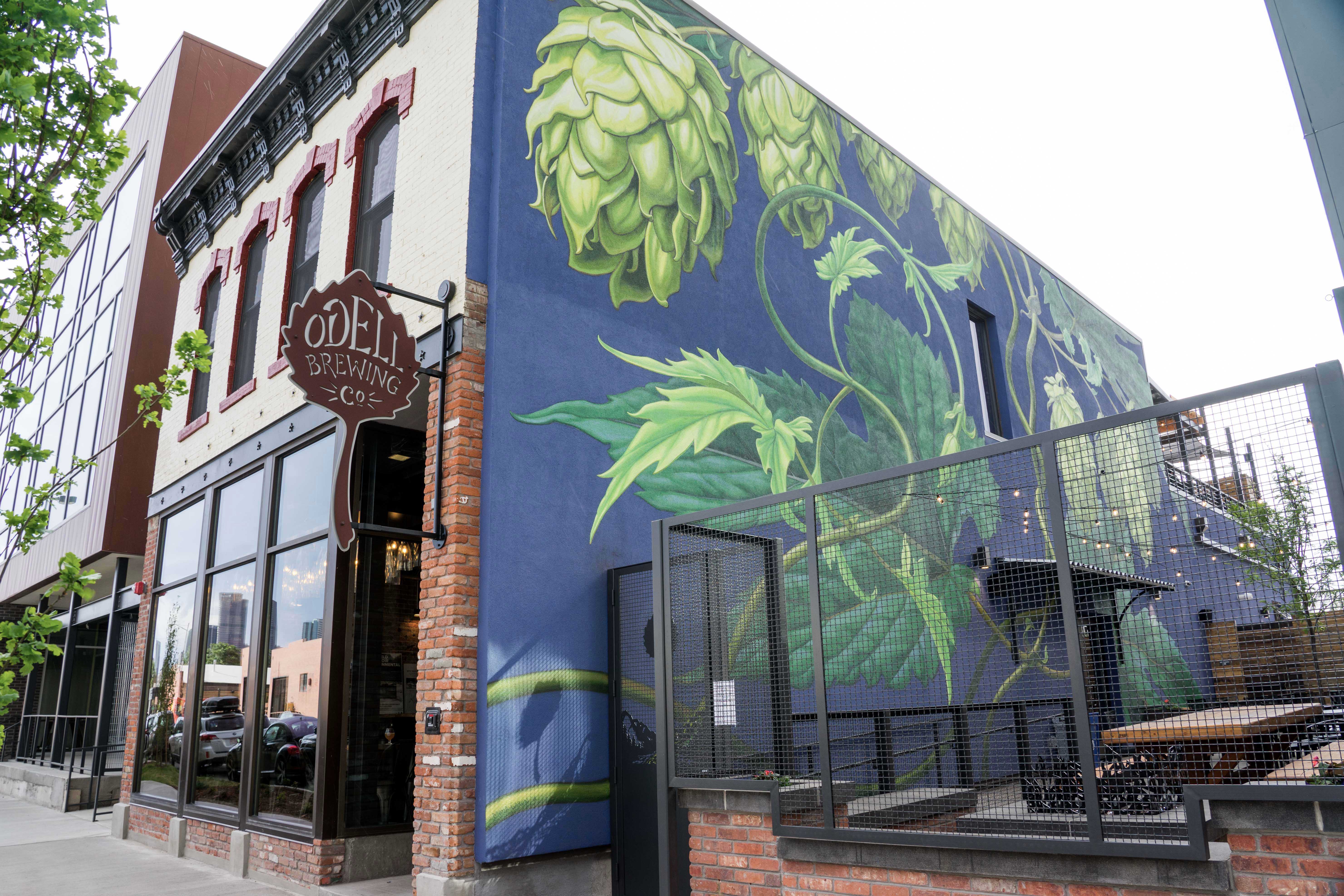 When Odell began the search for its first official footprint outside of Fort Collins it was looking for this vibe, this challenge and this type of beer drinker. According to Alex Kayne, the Director of Marketing for Odell Brewing Company, the idea of a secondary location had long been ruminating. It was all about finding the right location and when this building built in 1917 became available it was an instant match. Even for a big brewery, one with national acclaim, it isn’t easy to leave the comfort zone, after all the brewery had spent the last 29 years brewing its beer exclusively in Fort Collins.

The building on Larimer fits in – Odell certainly could have afforded to build out an expansive brewing facility and taproom but it stayed local and true to brand. The rustic vibe you have always felt in Fort Collins has made its way down I-25 and nested in the building. The exposed brick is original to 1917, the ornate lighting fixtures pop, the leather seats are cozy and the wood paneling is sleek. And then there are the patios, yes that’s right plural, the only thing better than one patio is two. 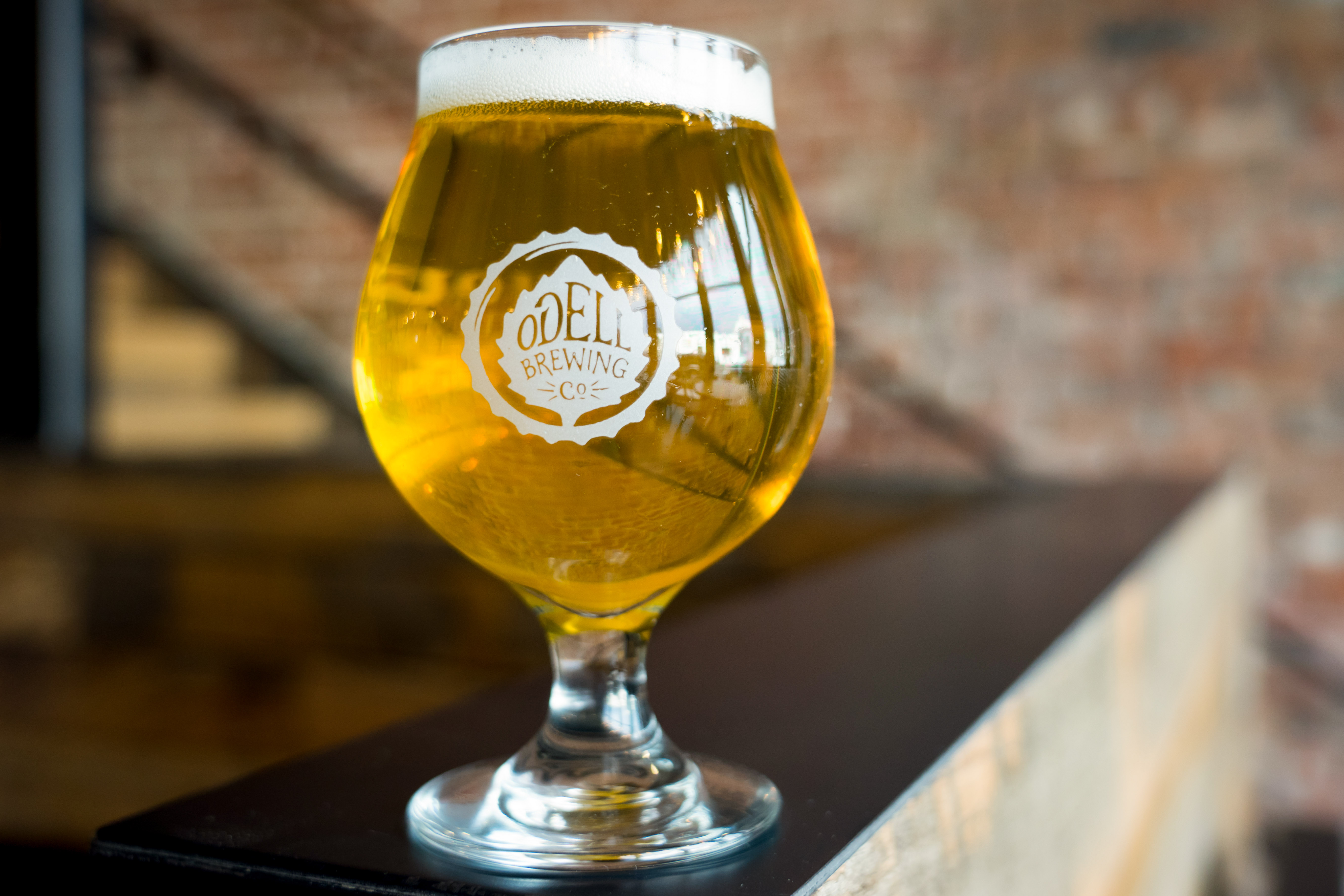 The rooftop patio in the back overlooks the ever-growing landscape of RiNo and you can wave to your friends over at Epic Brewing Company. The side patio is wedged in between the taproom and Shake Shack – take it from us you do not want to sit on that patio hungry, the delightful burger scents linger in the air. You can relax next to the fire pit or watch the people walk by. On this side of the building, you can see Ratio Beerworks — reminding you that more beer its never far in RiNo.

No matter which patio you indulge in, make sure to take the time to enjoy the mural. The giant hop mural done by artist Mona Caron took approximately three weeks to complete. Caron has long been a member of the Odell family – it is the only company she does illustrations for, the rest of her work is strictly mural, often focusing on weed inspired designs. It was just another reason, Kayne mentioned, the building was meant to be — it would give Caron a chance to bring her mural work to Odell, the hop is, after all, a weed.

Now, let’s talk about the important stuff, the beer. It’s Odell so even if they are going to start jumping into some of the latest trends, Kayne cautioned us the brewery will stay true to its hop-forward roots. The is best shown by the Milkshake IPA – yes it was creamy, juicy and hazy but it still had more of a hop bite than you would expect from this emerging IPA style. So what kind of beers can you expect to find at the brewery? The brew system is on-site, all the beers are brewed on-site and half of the 16-tap lineup will be the originals. You will be able to enjoy 90 Shilling, Drumroll, the new Colorado Lager and of course the Odell IPA to name a few.

It’s the other half of the taps, where for us, it got interesting. This is where you’ll find the beers exclusive to the new taproom. Brent Cordle, the head brewer, who relocated down to Denver has complete creative control of his new 10-barrel pilot brew system. It’s not totally random — beer drinkers can expect Lil RiNo a slightly hoppy and flavorful sessionable IPA, cocktail style beers such as the Margarita Crossover Ale and Hop Wok IPA, which this time around was version number one. Hop Wok has a fun story behind it. The brew system is so tightly wedged into its space that in order to dry hop beers (add additional hops) the Odell crew had to cut a hole in the bottom of a wok since it was the only thing that would fit above the brew and prevent hop spillage. 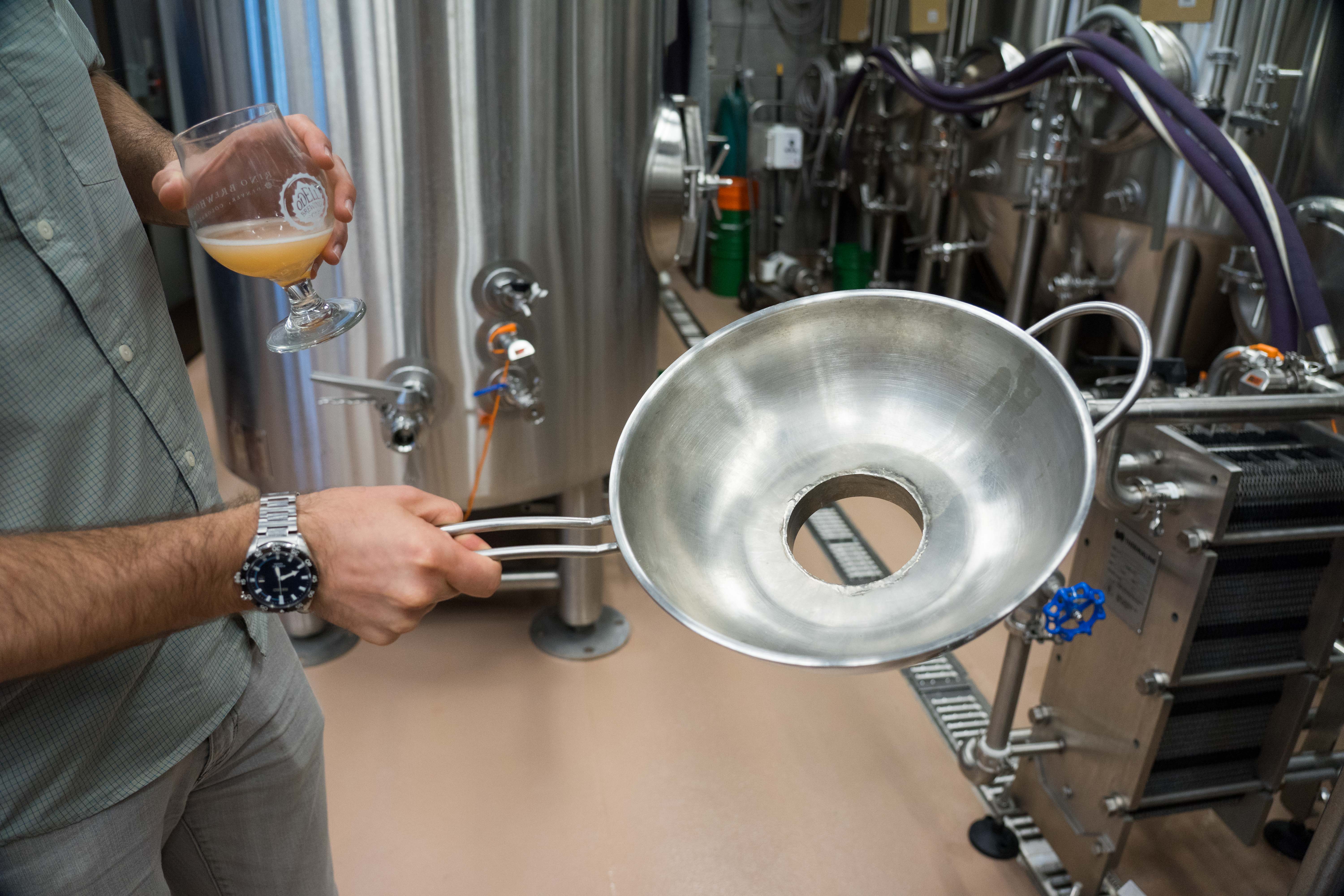 Our favorite beer of the RiNo exclusive brews? It would be Guava gose – not something I thought I would ever say when it came to Odell beers – but it was crushable and popped with guava.

In a way, Odell is trying to keep up with the smaller breweries with this new location. They are able to try out, research and develop beers that the beer geeks are currently chasing – like the Milkshake style. The beers are enjoyable and yet stayed true to Odell’s roots, just like the building that houses them. In an ever-changing city landscape, Odell is the newest and yet the oldest addition to Denver’s craft beer scene. 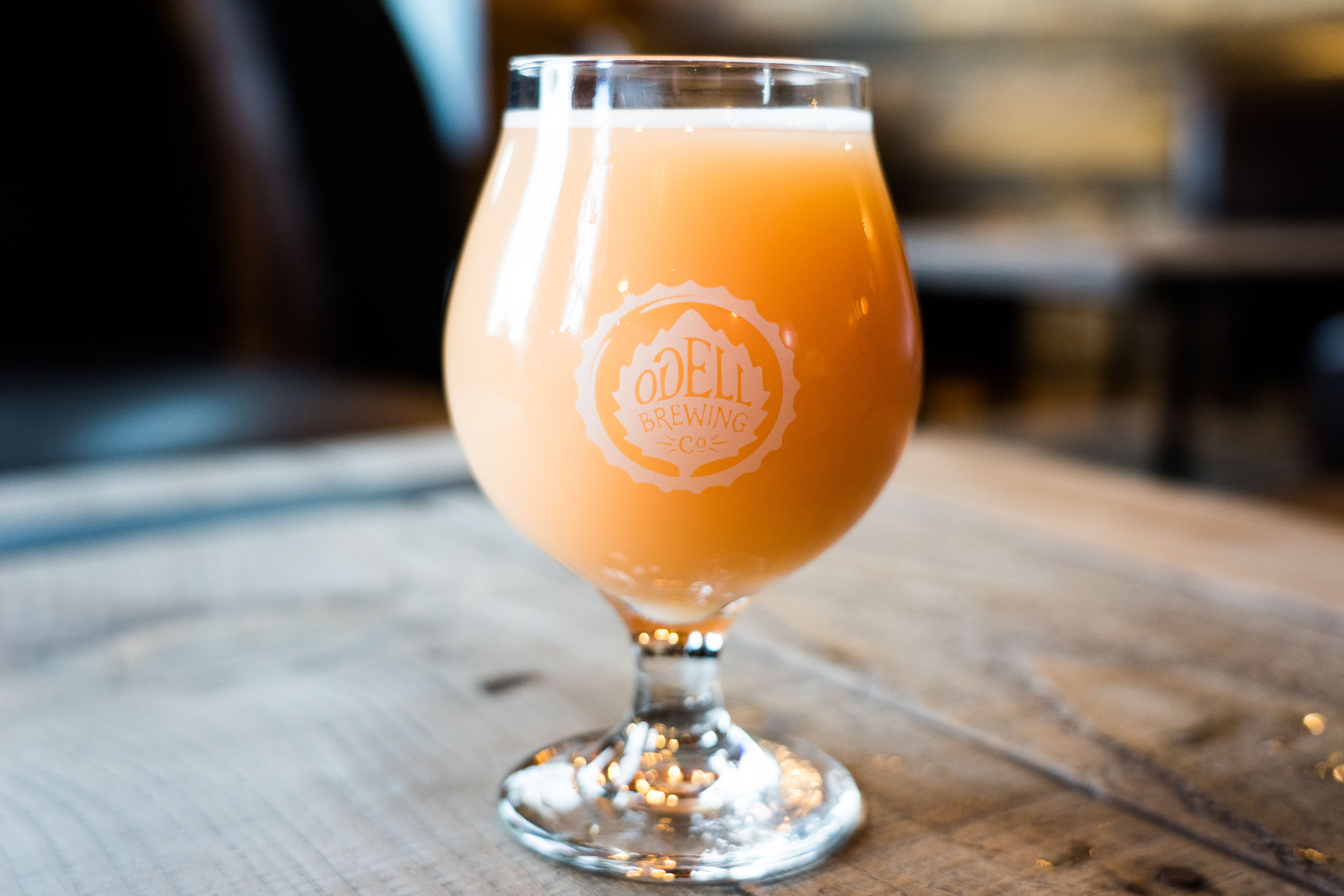