When a nation faces a humanitarian crisis, art resists. Resistance is exactly what Community Over Competition: Pop-Up Music & Art intends to showcase. A night of melody, painting and political activism, the concert takes place this Friday at Hooked on Colfax and benefits MUJERR (inspired by “Women United Put Forth Resources and Resistance”) — an organization dedicated to supporting undocumented women and families. “Art and music have affected my activist work now that, in art and music, we have messages of resistance and social justice,” said MUJERR founder Jeanette Vizguerra. “For that reason, I include art in my activist work. In those events, people receive education about the topic of immigration.”

Hip-hop duo Calm., comprised of rapper Time and partner AwareNess, are headlining the show, with guitarist Adolfo Romero, poet Jesus Rodriguez and other local artists — including visual artist Joaquin Gonzales. Calm. has worked with the likes of Common, Kool Keith, and Chris Barron of DeVotchka. Time’s independent work is an exercise in symmetry between the personal and the political. Inevitably, his beliefs find their way into the Calm.’s surrealist hip-hop. A benefit concert for a cause such as MUJERR’s was a perfect fit, and headlining meant solidarity towards the cause. “We can’t let these economic borders separate families and break up communities,” Time said. “Hip-hop is about community and fighting injustice and I feel it is my responsibility to work with groups who speak out on racial injustice and support others in fighting against patriarchy.”

Vizguerra founded MUJERR in 2010 after witnessing the arrest of a single mother as the woman begged for the officer to let her pick her children up from school. “People started moving to our state [and] I commenced an emergency fund to help the families start a life here,” Vizguerra said. “Now MUJERR is a group majority of immigrant women with someone in their family or themselves in a deportation process. That is the purpose of the group, to keep helping families a bit with legal costs.”

Vizguerra is no stranger to activism. For 20 years she has been a champion of labor issues and immigrant rights. In 2017, the longtime organizer became the face of immigrant resistance against the Trump administration, herself undocumented and originally from Mexico. That same year, TIME Magazine named her one of the 100 most influential people in the world after taking sanctuary in a basement in Capitol Hill. 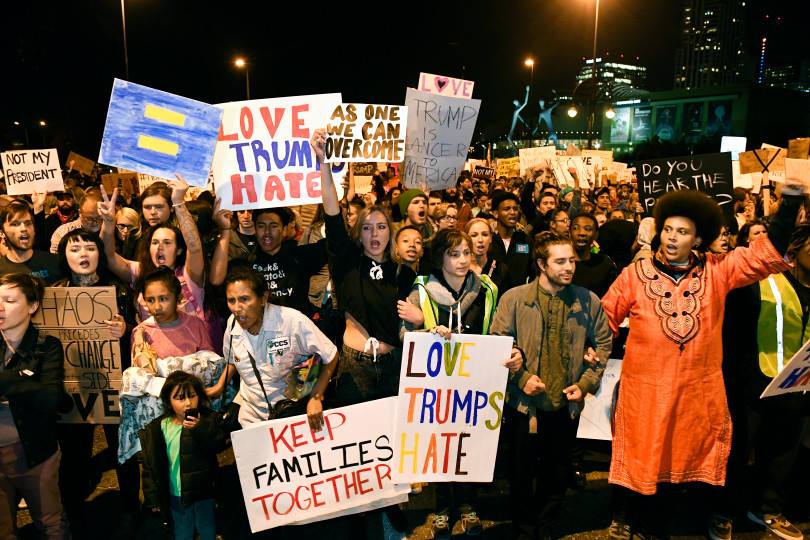 After her momentous, whirlwind year, so echoed in the current state of the U.S., she returned to Denver to continue her work. MUJERR, despite Vizguerra’s national attention, still faces challenges in supplying necessary resources and funding. The organization gave up non-profit status in exchange for the freedom to use their funds as they choose and to be uninhibited in their speaking, especially when talking within the political arena. However, now they must work solely on the resources they have or raise. “Myself being an affected person, and fighting my own case, know the necessity there is,” Vizguerra said.

When asked about the current anti-immigrant tactics taking place at the U.S.-Mexico border, she had this to say,

“I feel angry, frustrated and impotent to see so much unjust behavior — so much hurt and suffering and fear in the communities. It affects the organization because every family accompanying us, they are immigrants fighting to remain here with their families. Without having sufficient resources for legal defense that is very costly — without legal defense — they cannot fight.”

MUJERR has been there, aiding dozens of families in their fight to remain unseparated by deportation for over seven years now. The funds raised from the concert will go to an emergency fund for Denver’s undocumented families in need. The resistance stomps on.

Go here for more information on the event.