14 Colorado LGBTQ Musicians You Should Know

Colorado’s music scene is burgeoning with a diverse cast of incredibly talented musicians, many of whom identify as LGBT. In honor of Pride month and the inclusivity that the months serves to honor, we have compiled a list of several prominent and emerging LGBT-identifying musicians. The purpose of which is to not only shine a spotlight on the artists, but to put Colorado’s vibrant LGBT scene on a pedestal for those who have yet to dive in and discover what Colorado’s local music scene truly has to offer. Working through a spectrum of genres, this list is not conclusive, however, it paints a vivid picture of the sounds that make Colorado’s Pride month stand above the rest. 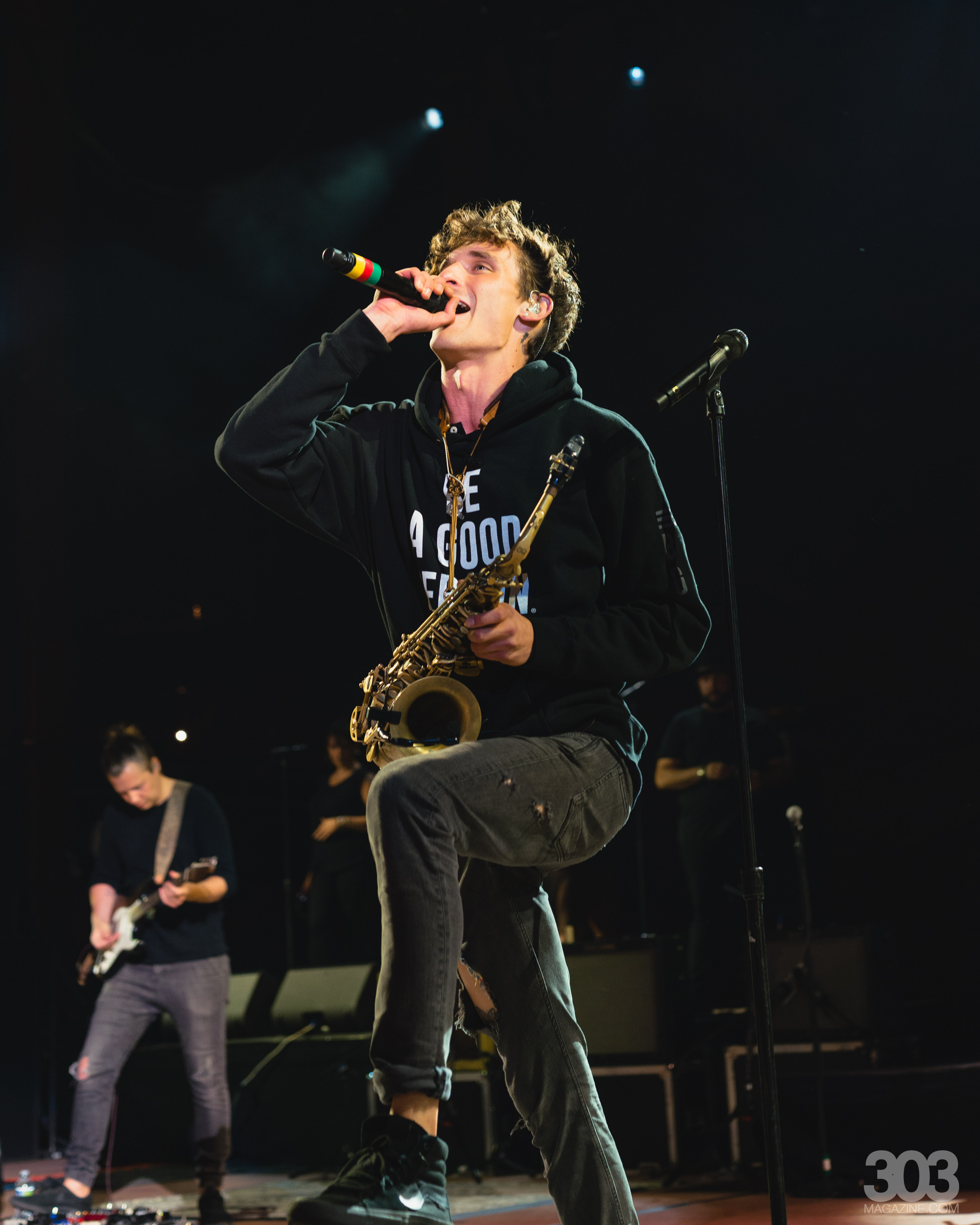 After formally coming out early in 2017 in an interview with The Huffington Post, GRiZ crowned himself his own gay role model after a lack thereof growing up. The new Denver resident is on a mission to encourage others to love and accept themselves for who they are. His current album Good Will Prevail is a smorgasbord of modern electronica, funk and plenty of ‘90s hip-hop. GRiZ even tips his hat to the hair band era in “PS GFY” with some solid guitar solos followed closely on the heals by saxophone riffs. He is slated to bring all that charisma to Red Rocks Amphitheatre on July 13 and 14. 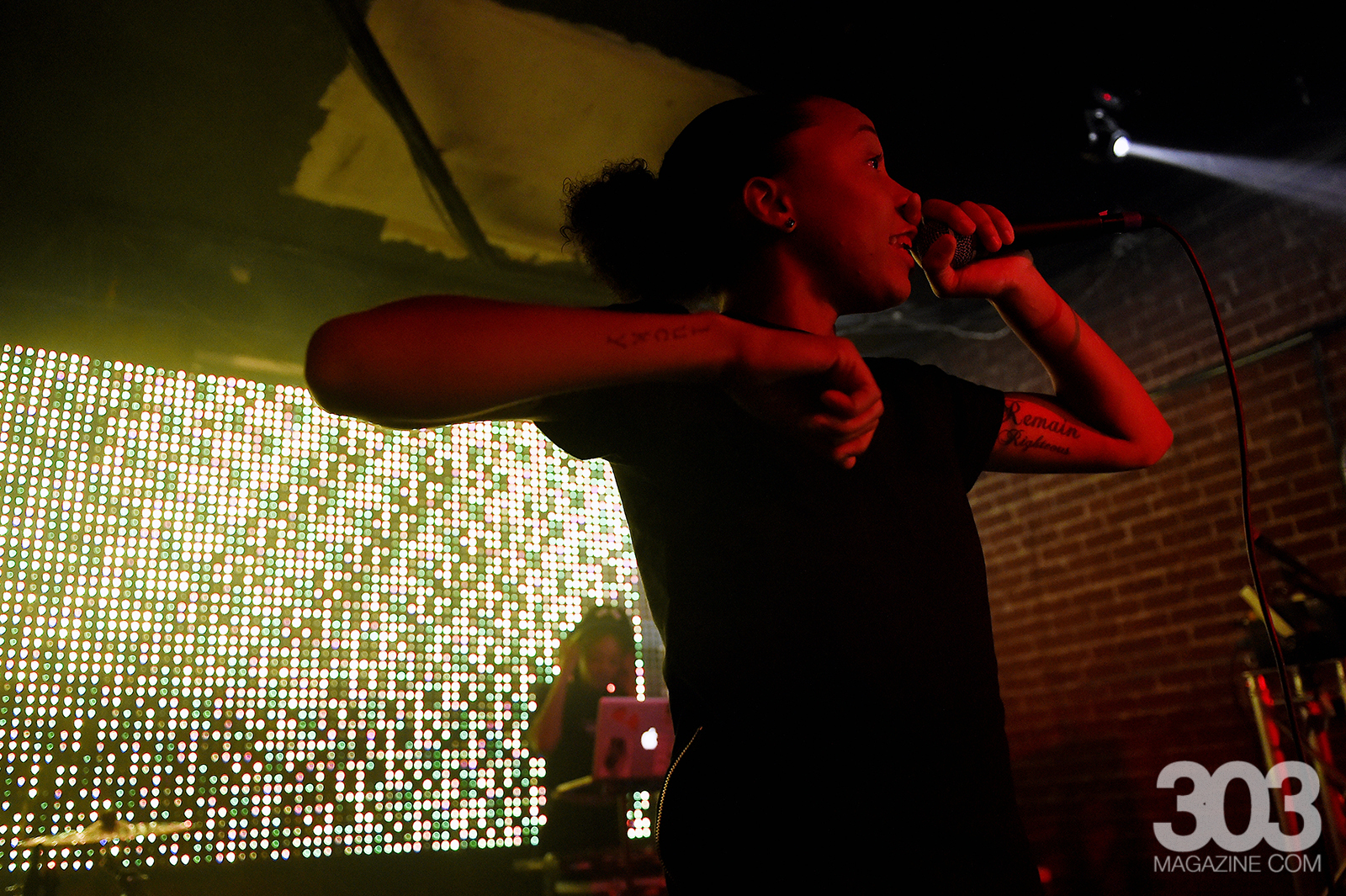 Denver MC Jay Triiiple isn’t just one of the best up and coming female rappers, she’s one of the best emerging Denver rappers period. As evidenced on record as well as her breakout performance at 303 Music Fest, Triiiple, brings the ante to the mic, running rhymes over soulful beats. Charismatic as she is boastful, Jay Triiiple is a one-woman army on a mission to bring Denver hip-hop to the mainstream — one heavy-hitting joint after another. 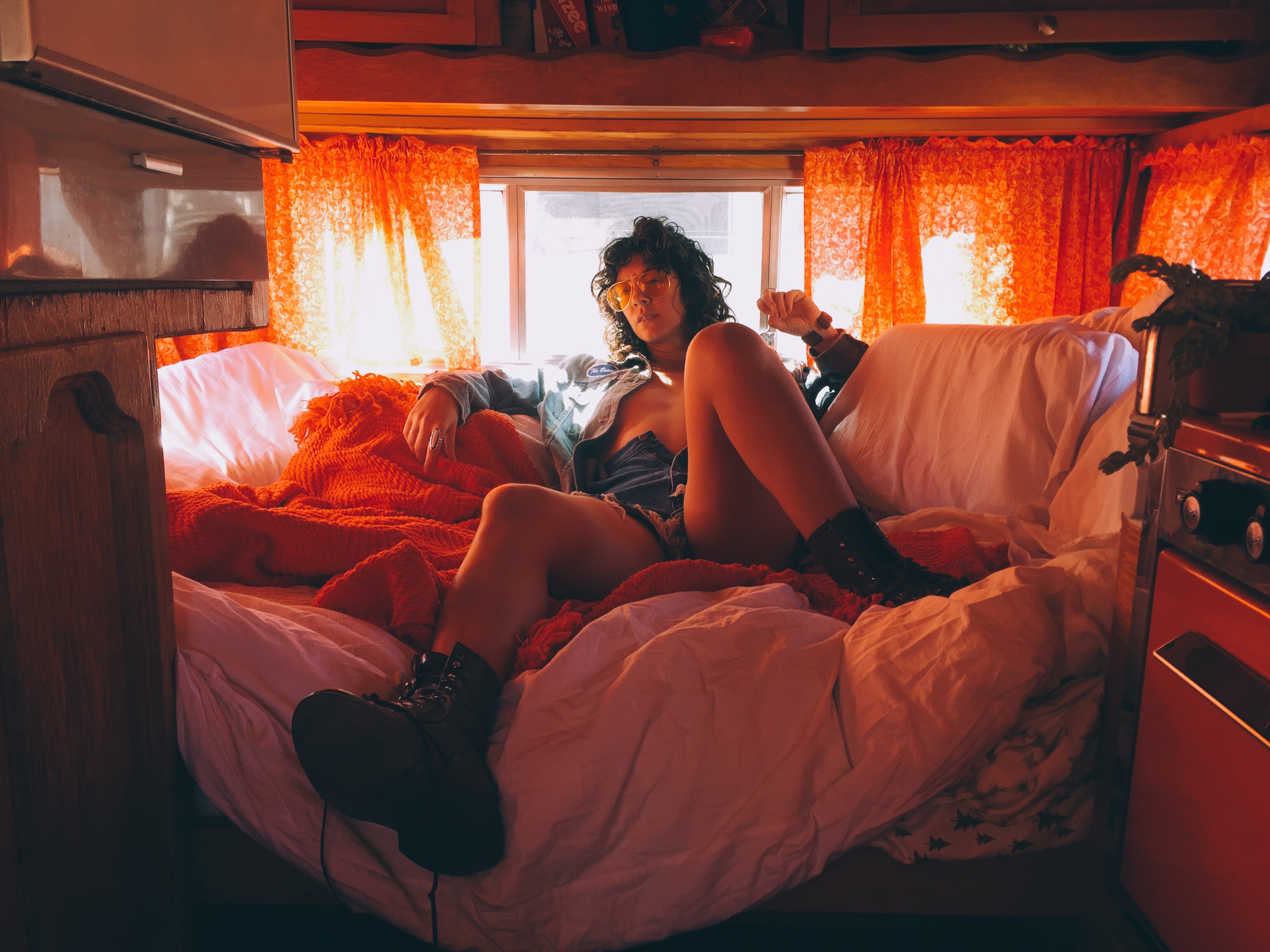 Another Denver rapper and singer Kitty Crimes is of a different breed. Not only can she sing as well as spit punk-rock laced raps, but Kitty Crimes is an electrifying performer who is versatile in an array of styles. Whether she is singing about heartache on the gut-wrenching “Two Weeks” or rattling her voice across an electro groove, Kitty Crimes is a Jill of trades and a master of them all.

Rapper, social justice activist and prospective mayoral candidate Kaylyn Heffernan of Wheelchair Sports Camp is a force to be reckoned with. The MC is a lethal dosage of 90s hip-hop with an urgent and conscious edge. Heffernan’s commitment to giving a voice to the voiceless and representing oppressed peoples knows no bounds, as she’s even been arrested for a sit-in at Cory Gardner’s office. Though she’s of the LGBTQ community, Heffernan is uncompromisingly a person “sitting” for the people, and if her message doesn’t connect with you, her sharp-witted lyricism surely will. 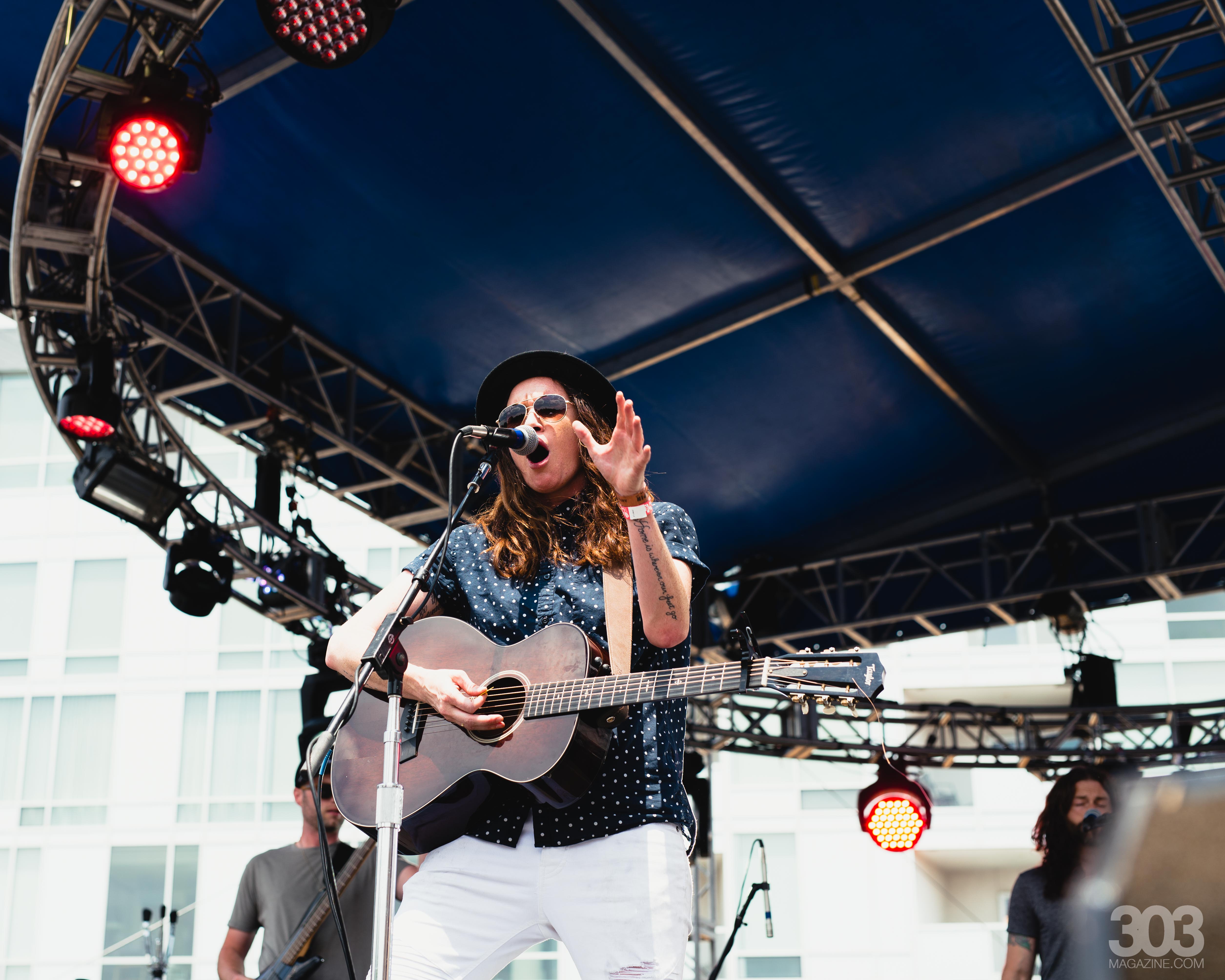 Edison front-woman Sarah Slaton, is a vagabond of musical inspiration. The singer-songwriter let life on the “Open Road” influence the groups’ latest effort, 2016’s Familiar Spirit. Speaking with OutFront Magazine in 2016, Slaton found acceptance in being an out LGBT woman in Denver. Unfortunately, mere weeks ago, Edison announced their impending breakup with a slew of final tour dates and a final album as well.

Balancing in a sphere of industrial queerness, Denver’s Mirror Fear’s is an anomaly of ominousness reminiscent of Apparat and Crystal Castles. The brainchild of sole member Kate Warner, Mirror Fears keeps things weird with heavy synths percolating against creeping drums, attempting to create moments akin to the weird music she grew up on in her music-centric household. 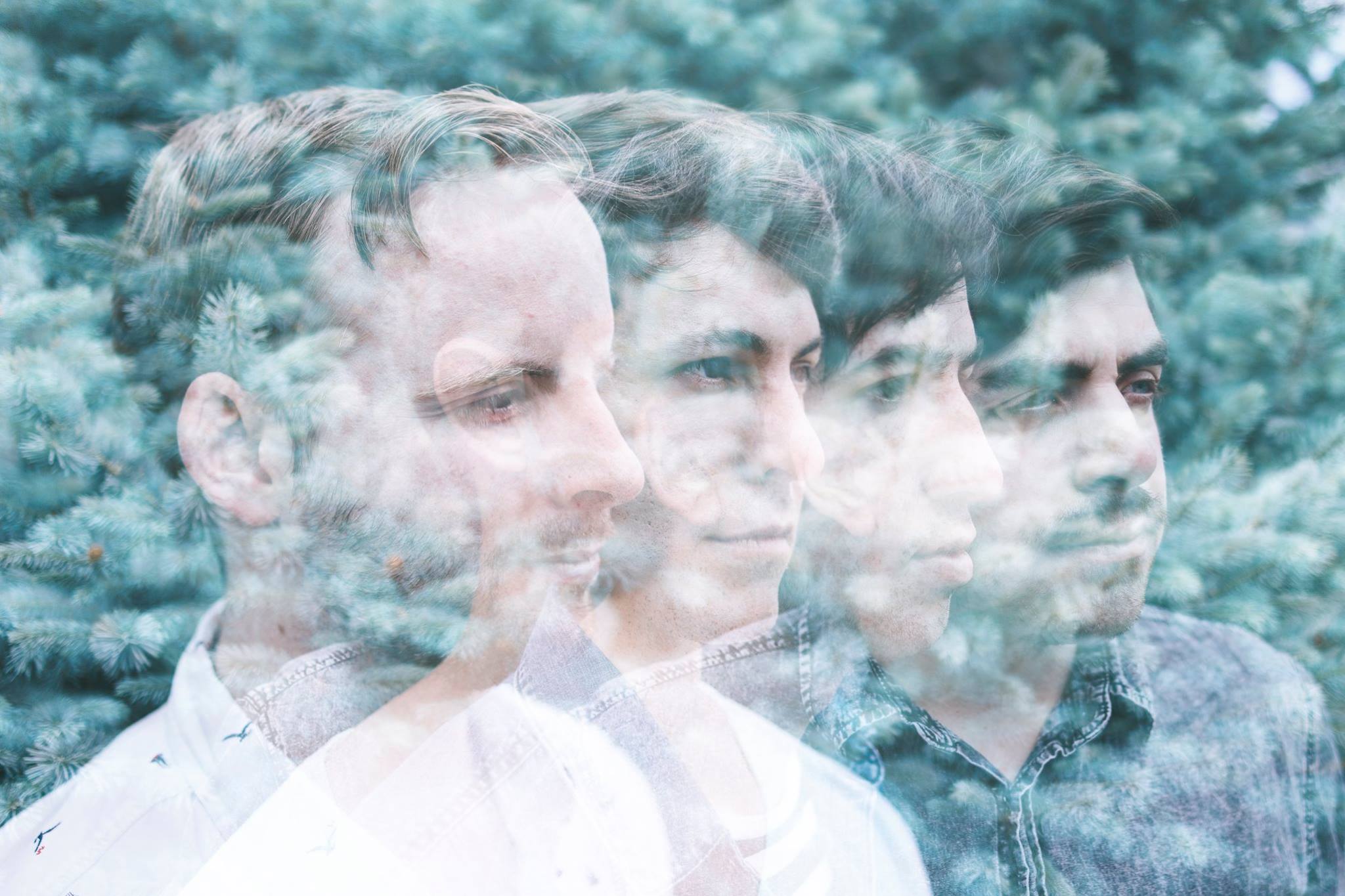 Joshua Novak, frontman of dream-pop outfit Oko Tygra has long been a figure in the LGBT community as well as Denver’s music scene at large. Once a lauded solo singer/songwriter in his own right, Novak’s band Oko Tygra was born as a result of  a life-threatening head injury. The band — who takes inspiration from acts like Cocteau Twins and Slowdive — are perhaps one of Denver’s most mesmerizing projects, floating in a sea of atmosphere and reverb. The band is actively recording their full-length effort with Ariel Pink producer Jorge Elbrecht, following stellar debut singles in “Glassjaw” and “Plasticine” in 2015.

Longtime Denver musician ASiEL The Oracle is as blunt as they come, but his message of unity doesn’t fall on lost ears. Occupying a space of only a few LGBT male rappers, ASiEL The Oracle, never hides away from his sexuality in his gut-punching lyricism, rather, he uses it as a pedestal to stand apart. Using his music as a vehicle, ASiEL manages to bridge the gaps of misunderstanding one song at a time. His track “HisStory” comes as a resurgence of sorts for the artist after a couple years of inactivity.

Reminiscent of late ‘90s punk with elements of spoken word combed through, Teacup Gorilla never fails to put the moodiness to their heavy indie-rock. Their addition of beach-rock licks in “I’m Not Ready to Go Yet” from their EP The Holes They Leave adds to the swanky wonderment of a band slowly stepping out of a basement and on to a stage. They’re far from normal, often off-key and that’s just how they like it. How much more queer can you get? 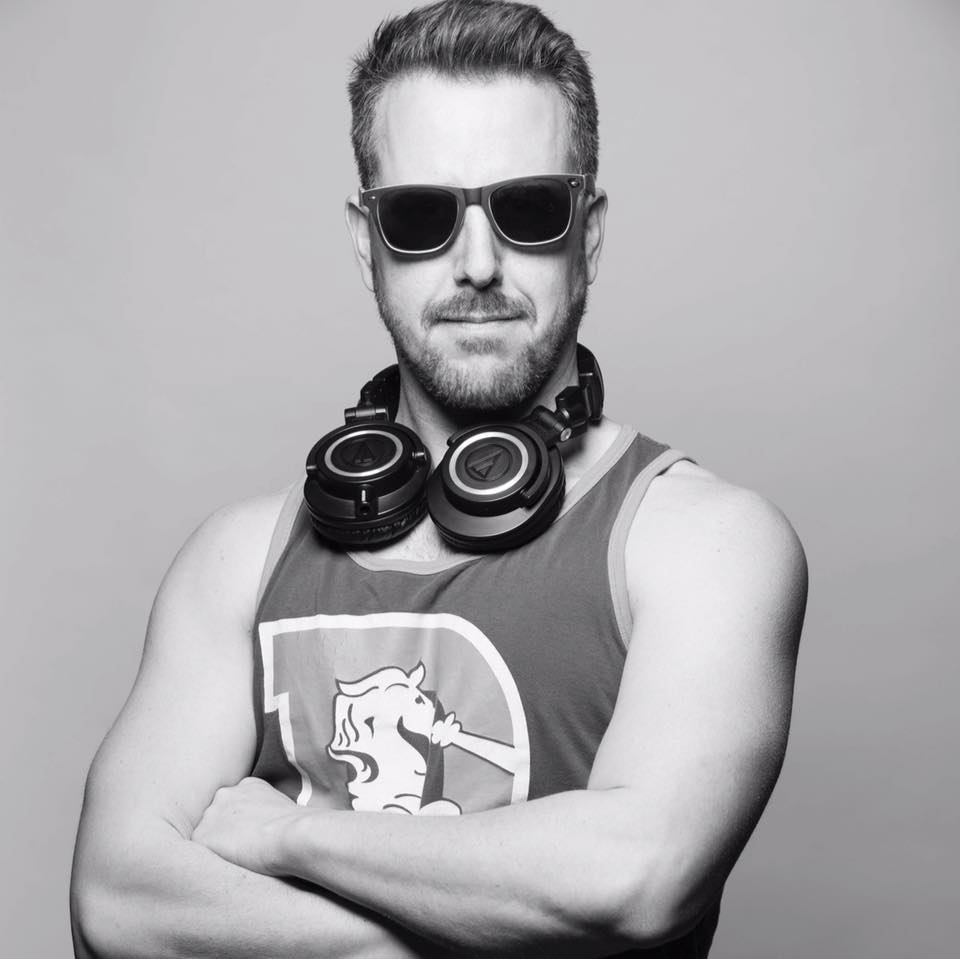 Pride would be nowhere without more dancing than your average celebration. DUGAN’s electronica bops are perfect for getting down and dirty. They are long — some over four hours — and feature drops that shift the entire tone of the work. His beats under intermittent, mysteriously shaded vocals provide intrigue for hours — a whole night even. DUGAN will even be featured in this year’s Pride activities, putting on a DJ set at Temple on Sunday for the PrideFest Official After Party. 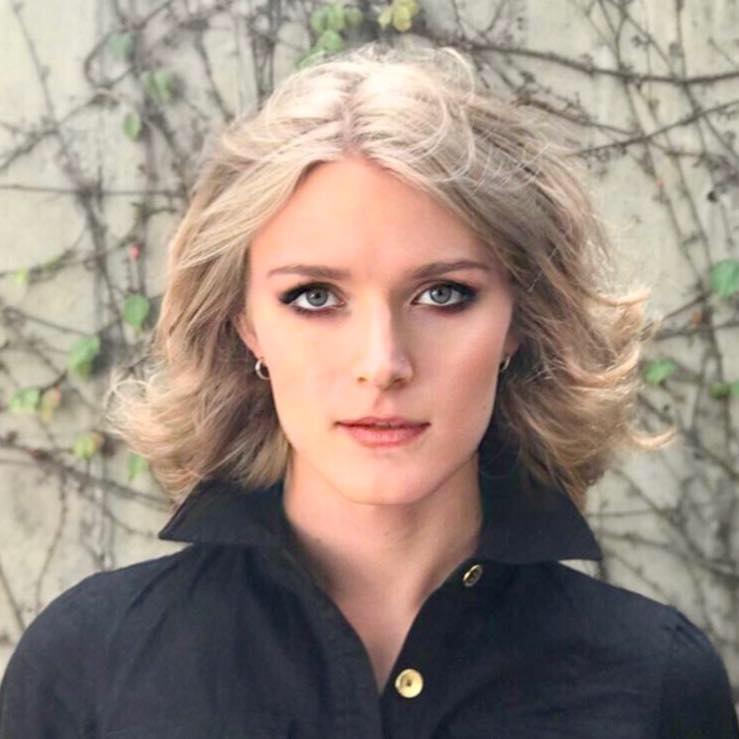 Colorado Springs-based trans musician Seal Eggs takes a sharp turn away from the usual dance-pop extravaganzas that stereotype queer music. Her ambient soundscapes act modern classical that is, in a way, reminiscent of Alexandre Desplat. It is music for the winter, not Denver’s current stifling heat, and her EP Sunday Will Be Snow reflects just that. Her work is dense and emotive pop — not sounds usually strung together. Regardless, her experimentative project is exactly what the mountains needed.

Self-described as “queer cuck punk,” this four-piece band is anything but square. They are the punk comeback purists have been hoping for, and these girls are hardcore. Sarah “Mike” Mandabach’s screaming takes a back seat as the howling guitars vie for loudest instrument against the drums. It is lo-fi rock with a cause — keep punk queer and keep it alive.

Formed by Armando Garibay of the Circus House collective, Machu Linea’s psychedelic electronic R&B isn’t anything to mess with. “Damn Baby Feat. KoKoLA” is, hopefully, the first of many experimentations. The solo electronic project of Garibay is the embodiment of unabashed pride, proclaiming it not only in their music but their social media presence as well. Having played all over Denver, they are currently recording new music with a TBA release date.

Described as power-pop but leaning towards the indie-pop side of the spectrum, Quantum Creep has a sound that won’t leave you breathless but keeps you jamming all night long. Denver music mogul and former member of Fingers of the Sun, Suzi Allegra, provides backing vocals and bass for this current project. She has been outspoken about her queer identity in the past. Her influence on the music is pleasingly evident. They have a Smiths-esque sound that works very well against more upbeat chords and riffs. It’s a fine melding.