The effervescent trio Evanoff will be returning to the Fox Theatre this Friday, May 18 for a hometown throw-down, bringing their nationally-acclaimed tour full circle.  Certain to be a historic show, The Fox was the venue that first paved the way for this band to take flight and Evanoff is thrilled to be returning to the place that started it all.

In the words of JJ Evanoff, the band’s frontman and founder, “David Weingarden at The Fox and Boulder Theatres has been a huge supporter of us since the very beginning, and the slots they’ve given us at their venues have had a very prominent impact on our growth as a band. From opening for The Werks at the Boulder Theatre in 2016 to having us headline a free Back To School show last August, our relationship with The Fox has been crucial to our success.” 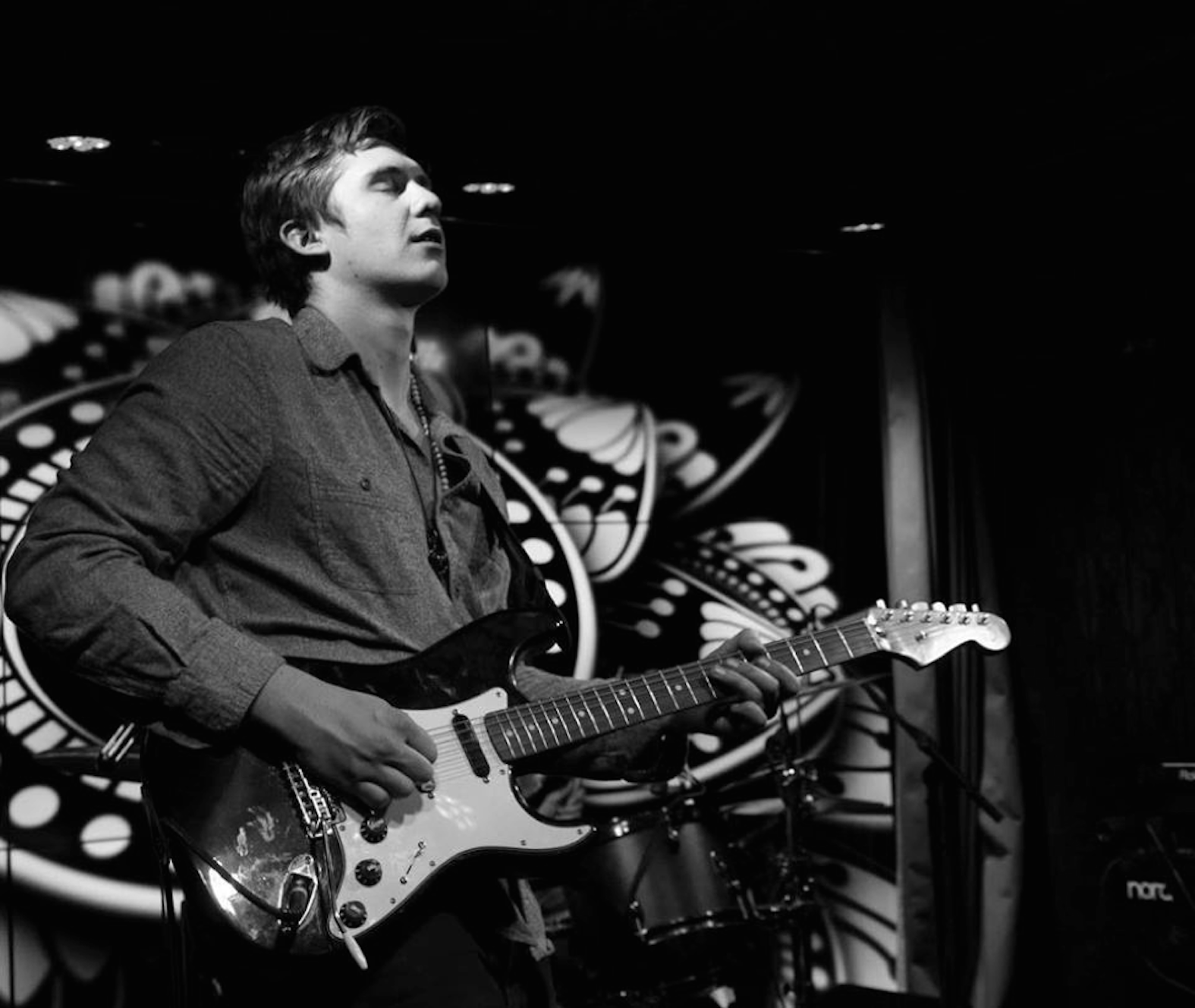 Needless to say— this show will be heralded as one of their greatest live performances. “We plan on releasing the recording of this Fox Theatre performance as our first official live album,” they exclaimed. Evanoff is ecstatic to be playing alongside other local musicians at their upcoming show. Megan Hamilton, Nobide and Mxxnwatchers are an eclectic group of talented musicians and producers that will be opening for Evanoff this Friday.

For those of you who aren’t familiar with this ensemble— Evanoff is a Denver-based progressive rock band bred in the soul of Boulder and they have now extended that spirit of Colorado outward, all over the U.S., touring everywhere from Austin, Texas to Joshua Tree, California. The members include JJ Evanoff (Guitar/Live Production), Jake Hall (Drums/Percussion) and Brennan Forrester (Keyboards/Snyth). Forrester is from Colorado and had this to say about the state’s growth in the music scene:

“Growing up in Colorado during this time period is a blessing for a contemporary musician. We’ve seen a significant era in the progression of jam music, the revival of genuine bluegrass music, the immigration of European electronic music, a thriving jazz scene — there is so much to draw inspiration from. The most important part of the music scene here is just the community in Colorado that works around music and arts. there is a strong sense of family here. We all help bring each other up and we take care of each other.”

Known primarily for their stellar live performances, this group has pioneered an electrifying blend of instruments controlling both analog and digital sounds commonly referred to by their fans as “Dream Rock.” From electronic dance anthems to classic rock grooves, Evanoff is capturing the attention and awe of Colorado and beyond. Like rocktronica — titans on the mythological battlefields of dream pop — the various influences of Evanoff’s sound vie for the listener’s attention. From powerful psychedelic builds to distorted yet illustrious bass notes, this band has been developing its unique sound for almost six years now.

Synth chords set the stage for various atmospheric textures to fall into, while heart-wrenching symphonic guitar riffs accompany dancey breakbeats.   Like a journey through space and time, we take a window seat on a spaceship, traversing a far-flung galaxy with new age nebulas and transhuman hippies. Modest yet tempestuous, Evanoff’s live performance is provoking— in a playful and intentional sense, leaving their listeners both electrified and emotional.

With their self-proclaimed musical influences ranging from The Who, to Ratatat, to Tycho, Evanoff’s sound has us soaring through the melodic styles of the likes of STS9 and Papadosio, jiving to the synthesized drum lines of Daft Punk, cascading down the electronic waterfalls envisioned by Emancipator. Whilst the long-reaching tendrils of legends such as Pink Floyd accompany us from the past, modern day influences such as Pretty Lights bring us into the present, keeping us grounded in this undefined novel space of sound and soul.

Excerpts of great leaders spanning from Alan Watts to Martin Luther King Jr. May be found in much of Evanoff’s music, letting us know that despite the epic feels produced from some of the peak moments in their songs, the group has our best interests at heart. The members of the band Evanoff are genuine individuals with open hearts, attempting to make a positive impact with their musical gifts and abilities.   In just the past two years the band has truly taken off, creating a big name for themselves in the Southwest, Midwest and Northeastern United States. They have performed at an array of major national festivals, namely Electric Forest, Euphoria, Gem & Jam, Vertex, Sonic Bloom and ARISE, with many more on the horizon.

Big things are happening for this band right now — who released their first EP just this year. Evanoff said in reference to the new EP,

“Dark Before Dawn was a gradual process that really represents the new direction we have started to take our music. The creation of these particular songs happened over the course of a year or so and all relate to specific thematic elements. When played in order, attempt to tell a story, similar to rock operas by bands like Pink Floyd and The Who. This is the first time we ever tried something like that, so it was a great learning experience.”

When asked what shows Evanoff is most excited to be playing this summer, he replied, “Headlining the Fox and The Aggie. Then, after that, definitely Sonic Bloom Resonance and Joshua Tree in California.” Evanoff continued, “We are blessed to be playing such incredible festivals and we always try to make use of the road trips to stop off in some beautiful places on the way. It’s gonna be an epic Summer!”

You can purchase tickets to the show here. Find Evanoff on Soundcloud, Spotify and their website. 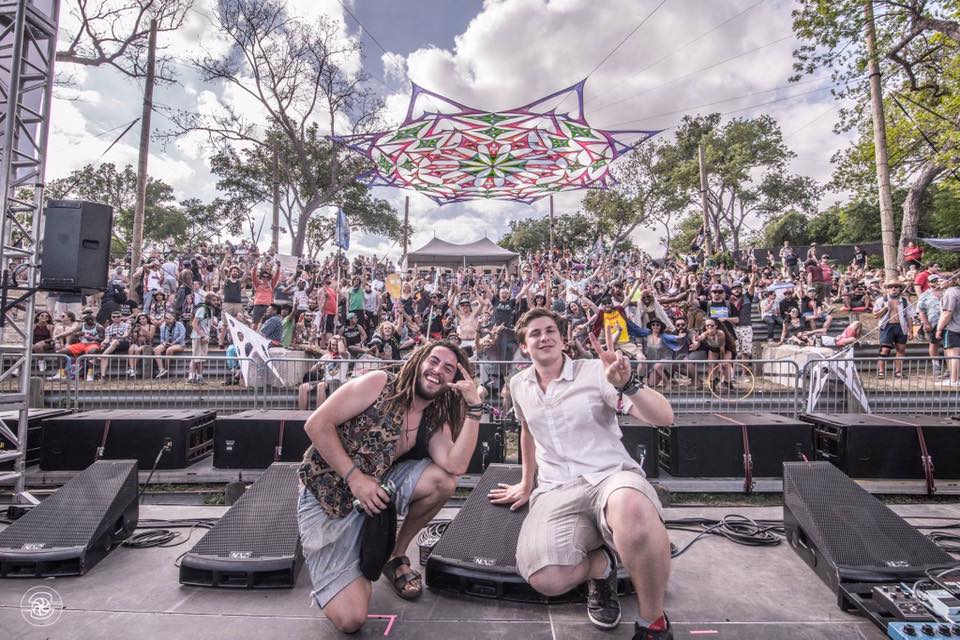