“It was just one of those stop you in your tracks taste moments,” stated Aussie ex-pat and Noosa Yoghurt co-founder Koel Thomae as she explained her first encounter with the yogurt recipe that, quite literally, changed her life.

“I was living in Boulder at the time, working for Izze Beverage, and had returned home to Austrailia to introduce my family to my now husband. We were walking on the beach in Queensland and stopped at a local corner shop and I spotted this clear container, with a pop of passion fruit puree in it. So I picked it up and discovered it was a local yogurt. A few minutes later I was back at my mom’s beach apartment having my first taste.”

Thomae returned from her visit with a vision and an obsession, to bring the finest yogurt she’d ever tasted to the US. And two years later, over a few beers and a lunch in a local surf club, she put that obsession into action.

“So fast forward two years, I met with the Australian family that owned that corner shop and several beers later, as we do in Australia, I walked out with a sort of loose license to the recipe. They agreed that they would allow me to bring it to the US and bring it to life. When I got back to Colorado I was like, hey everybody I’m going to start a yogurt company, how hard could it be?” 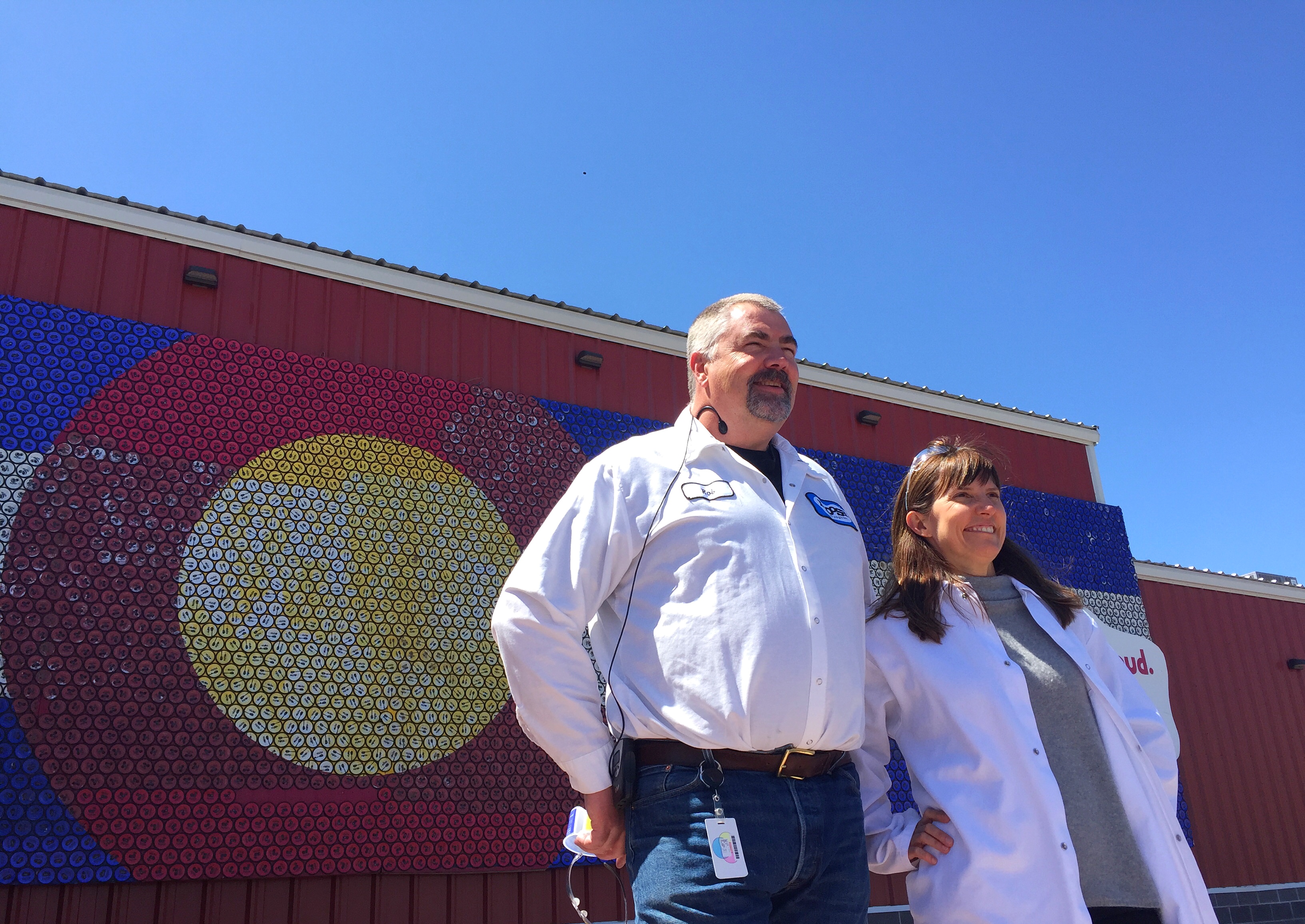 Thomae soon realized that turning her vision into a reality would be more difficult than imagined when she had a meeting with the Colorado state health department. And it was at that point that she sought out the help of a true dairy expert.

“Turns out finding a great dairy partner is not actually something you can Google,” laughed Thomae. “So I was talking to people in the industry, asking around and I was in a coffee shop in Boulder and spotted a flyer for Morning Fresh Dairy. So I did some quick research and realized that this dairy farm was selling their glass bottled milk in Whole Foods. So I ended up cold calling them and connected with farmer Rob. He very graciously allowed me to come up to the farm and pitch my idea.”

At the time, Thomae was just a woman with a big dream. She was eventually able to have samples of the yogurt shipped from Austrailia for fourth-generation dairyman Rob Graves of Morning Fresh Dairy Farms to sample — and when he did, he was sold. They launched in 2009, staying true to that original spoonful by naming it after a town (Noosa) near where she had her first taste.  They began by selling to Whole Foods locations in Colorado and a few other regional markets. Business was steady and the team was receiving positive feedback on their product by the day, and then, in 2012, Target came knocking.

“We had just gotten into a few regional markets when Target came knocking on our door, which is somewhat unusual. They wanted to test us out in their Super Targets and I remember calling Rob and asking if we could make enough yogurt,” laughed Thomae. “At that time we were still making yogurt in five gallons plastic buckets. About four months later Target came back and said that their guests were responding really well to our product and that they wanted to expand us to the rest of their stores, which was another thousand stores. We realized at that point that it was time to stop making the yogurt in buckets.” 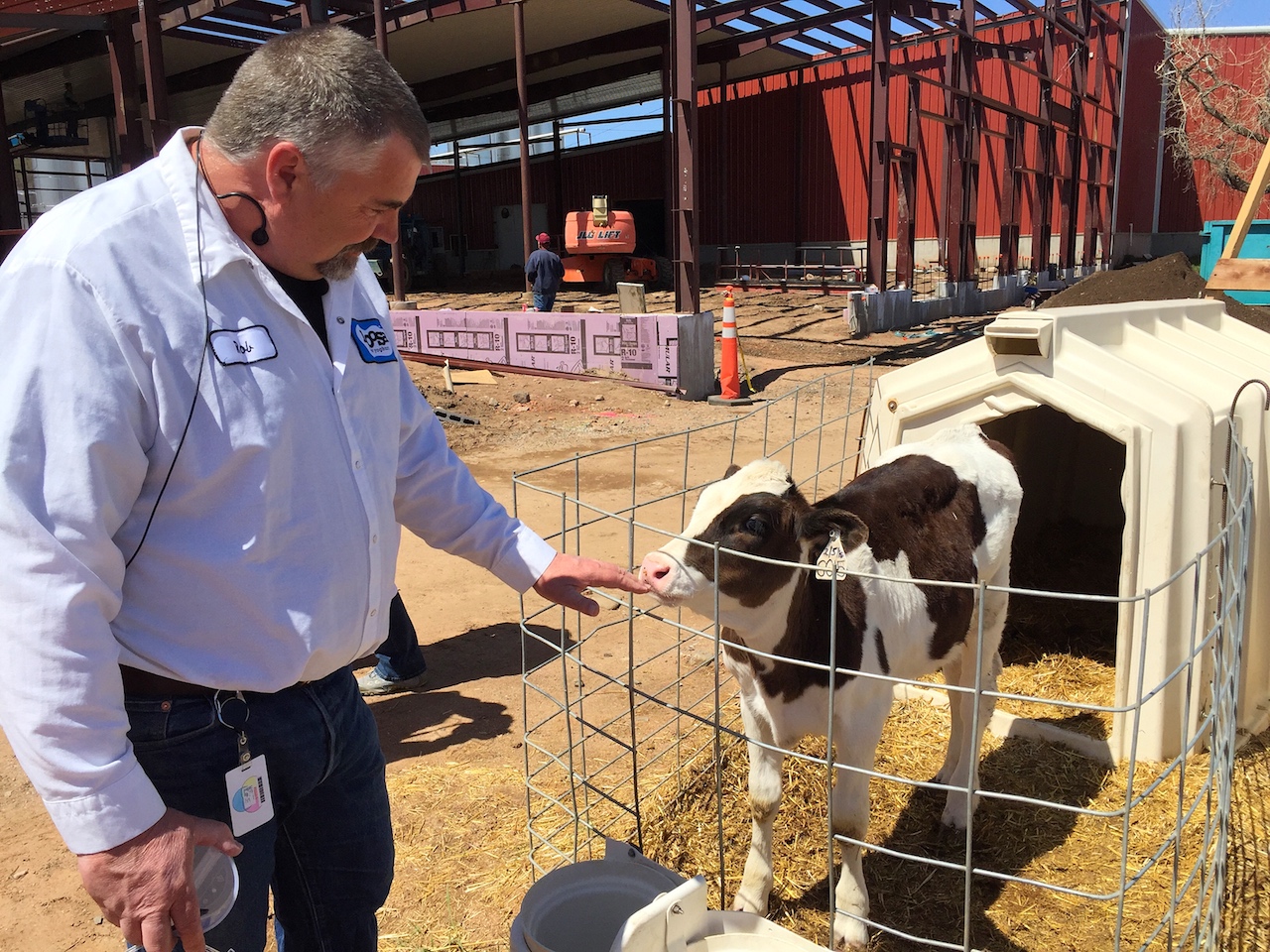 Rob with his cows at Noosa Farms. Photo by Cara Chancellor

And the rest is history. Noosa, a small company that began with two strangers in Colorado grew into a yogurt kingpin. Their products can be found in stores across the nation and on top of it all, they just completed a $20 million dollar renovation to their home production base in Fort Collins.

“We went from producing a palette every 15 minutes to packing 450 cups of yogurt a minute,” explained Graves. “My dream was to attain complete consistency. Back when we were doing yogurt in the 5-gallon buckets the speed of the pump would change the flavor of the yogurt, and I could taste the difference. But we wanted consistency so we’ve changed to a robotic system that makes our yogurt exactly the same every time. The nerdy things make all the difference.”

If you have the opportunity to tour Noosa farms in Fort Collins, it is exactly what you’d expect from an Aussie and a fourth generation Colorado dairy farmer — rolling hills and green grass. As for the cows, Noosa makes sure their product is all non-GMO and serves the cows alfalfa hay and corn grown on its pasture or is locally-sourced. Besides calves, who have their own special huts, cows live in large barns without stalls where they roam freely (there’s been some debate as to whether this is the best practice). Currently, Noosa and Morning Fresh Dairy Farms are working to construct more pastures so cows can roam free by the end of the month.

But past the hills, tranquil ponds and barns sits millions of dollars in high-tech yogurt producing equipment. The company has gone from a single room of people hand-packing yogurt containers to a facility with room after room of robotic equipment that not only regulates the cows but regulates the yogurt from udder to the container. This new facility features robotic technology that regulates the miking of the cows, the temperature of the yogurt, the addition of the different fruits and flavors into the yogurt once prepared and even the precise packaging of the yogurt when its ready to leave Noosa. 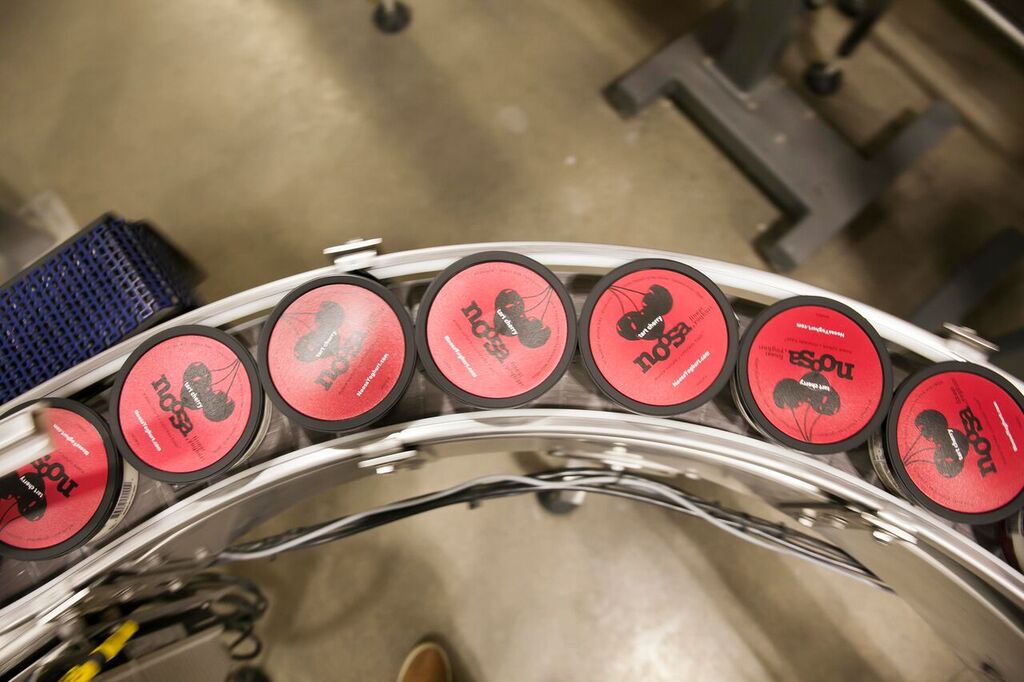 And you can see that progress in the company’s flavor evolution. Upon entering Noosa headquarters you’ll see a progress mural showing Noosa’s climb from offering four flavors to now offering nearly 40. Whether producing yogurt from five-gallon buckets or churning it out with multi-million dollar robotic equipment, the Noosa team is constantly imagining, experimenting and testing new creations.