Check Out This Upcoming Documentary Exploring the Colorado Music Scene

When Caryn Sanchez moved back to Colorado from Los Angeles, talented musicians were everywhere. This was around 2010, when she said the music scene on the Front Range was starting to “blow up.” Driven by a deep curiosity in the music she was hearing, she started to wonder where these musicians were coming from. She was also curious about how music was shaping different communities on the Front Range. So she started digging the only way she knew how — filming them.

The documentary Sanchez has been working on these last four years is called Sounds Like Colorado. It’s about her personal search to find out how today’s scene came to be. She also said it explores how and why artists keep at their craft. “I was meeting these people and understanding more about their lives and realizing they had it just as hard if not harder than I did,” she said. “Yet they were able to maintain that fire and that drive and their love of what they do.”

To give it a thread, the film follows five Front Range bands over the course of a year to record their stories: Denver’s iZCALLi, the hip-hop artist Qbala — originally in Fort Collins but has since moved to Portland, Denver’s Edison, Greeley’s The Burroughs and Denver’s Brent Cowles. Sanchez describes these groups as representing different genres and stages of a musical career. She noted they all have different plans and lifestyles that allow them to continue their work.

“Some of them have families, some of them don’t,” she began. “Some of them were able to just tour nonstop, others can’t because they have full-time jobs. So it’s been kind of an interesting experiment watching how they’ve been able to progress and continue to stay alive and viable as a band given whatever limitations they have.” 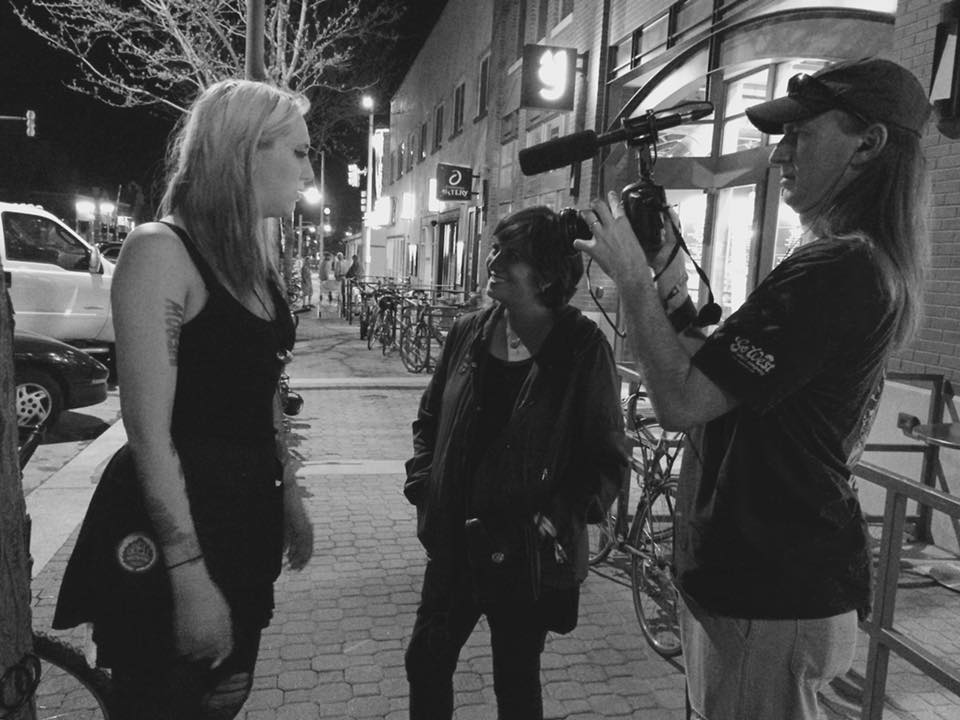 Interviewing Marguerite Karoline of Little Vicious at FOCOMX in 2016. All photos courtesy of Caryn Sanchez.

About 30 other local bands make cameos in her film, including Flobots. Though she’s filmed three short movies, this is her first stab at a feature-length film. She described Sounds Like Colorado as a “road film”. Financially, Sanchez admits that being on the road has been difficult on her budget. She compared those struggles to what bands go through when they’re on tour.

“It just made me think ‘how do these bands do it’ when they have a gig in say Telluride for the weekend or Steamboat Springs or Breckenridge,” Sanchez said. “Do they have housing there? Are there people there that give them a place to stay? Because you’re not going to make any money if you’re traveling that distance. Even just paying for the gas and then if you’ve got a full band everyone’s got to eat.” 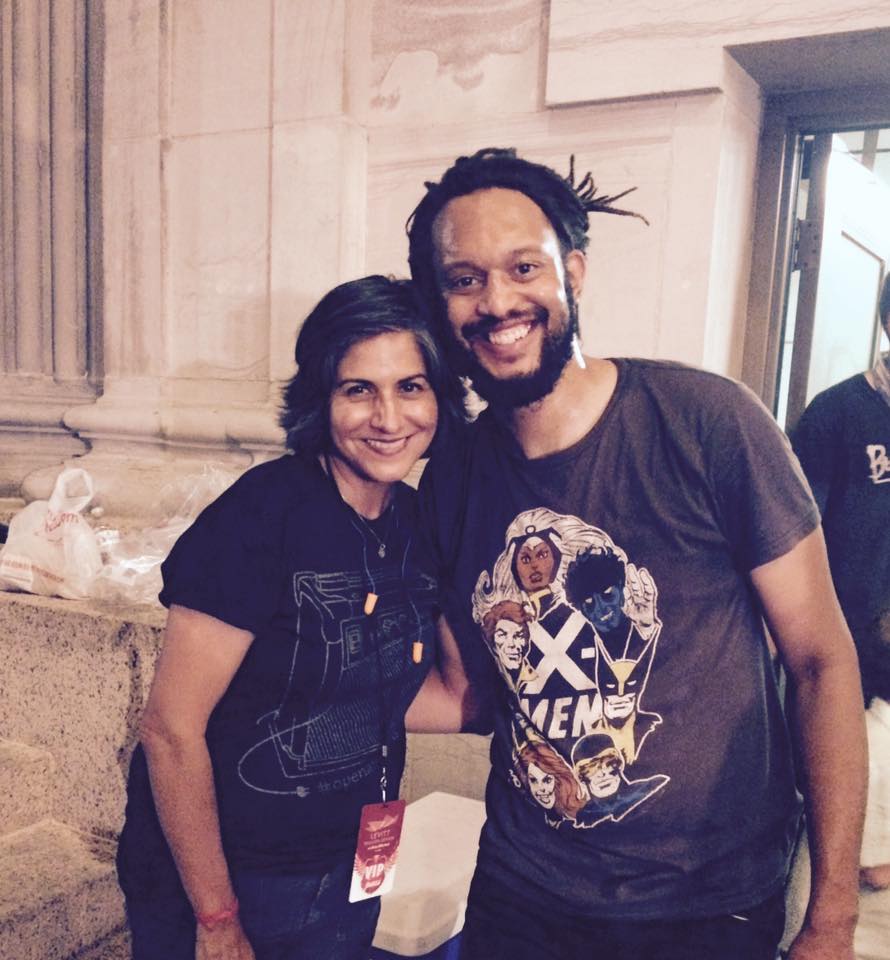 Sanchez also referenced the trough of sorrows, a term start-ups use, in relation to the emotional journey bands go through. The theory behind the trough of sorrows is that period of struggle after a setback and trying to find one’s niche in a market. She said it’s important for artists to be able to see the long view of their work.

“You start out fast, you move quickly,” she advised. “And you just know that some point you’re going to hit that low spot where it’s just really difficult to find the resources, difficult to keep going and it’s tempting to try and take shortcuts and to try to wrap things up long before they’re ready. But you just have to have the long view and to stay committed to that original vision.”

Right now Sanchez and her crew are in the post-production stage of the project. Meaning they’re digging through mountains of footage. She expressed a real urgency on her end to get this film completed. “I want to have the film out there while we can still tell a unique and interesting story that hasn’t been told,” Sanchez said. 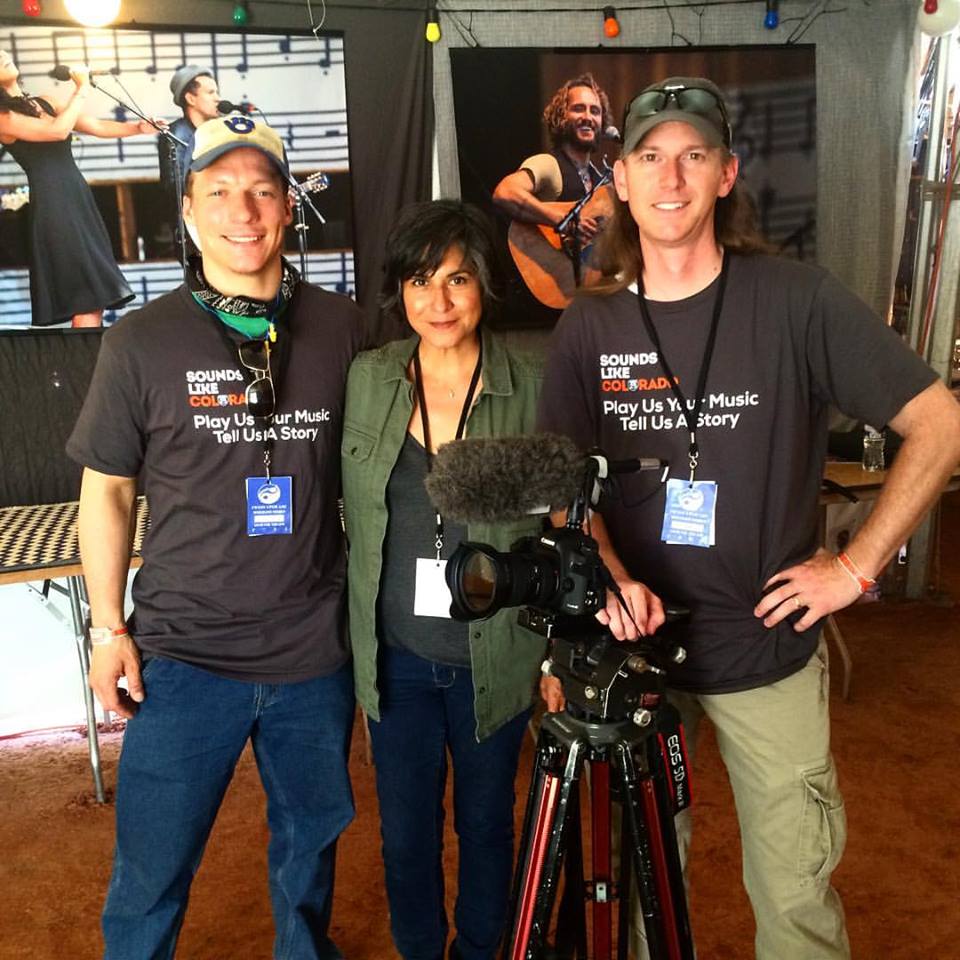 The crew for “Sounds Like Colorado” at Telluride Bluegrass Film Festival in 2016. Courtesy of Caryn Sanchez.

Although in post-production, this year Sanchez is looking to cover FoCoMX and the Underground Music Showcase in July. That’s in addition to following up with bands and tying up loose ends with storylines. She still plans to film some of the featured bands in a pristine setting.

Sanchez and her crew are looking at an early 2019 release for Sounds Like Colorado. She looks forward to sending it to Sundance Film Festival and SXSW as well. Stay tuned for the chance to see your favorite local group featured in Sanchez’s exploratory film on the Colorado music scene.

All photography courtesy of Caryn Sanchez.