Can I be honest with you? I came across Shannon & The Clams by pure fate. I was in my happy place — the Buffalo Exchange on South Broadway — when I came across a navy ringer t-shirt that was way too big and proudly emblazoned with the band’s name across its front in bold Old English font. “What a swell name for a band,” I said to myself. An impulsive purchase of the shirt sent me home to do some Googling.

I fell down a YouTube rabbit hole of Shannon & The Clams’ excellent DIY music videos, complete with wigs, glitter and stop-motion animation. I felt like I knew these people — they seemed ridiculous and relatable — and I was in love. 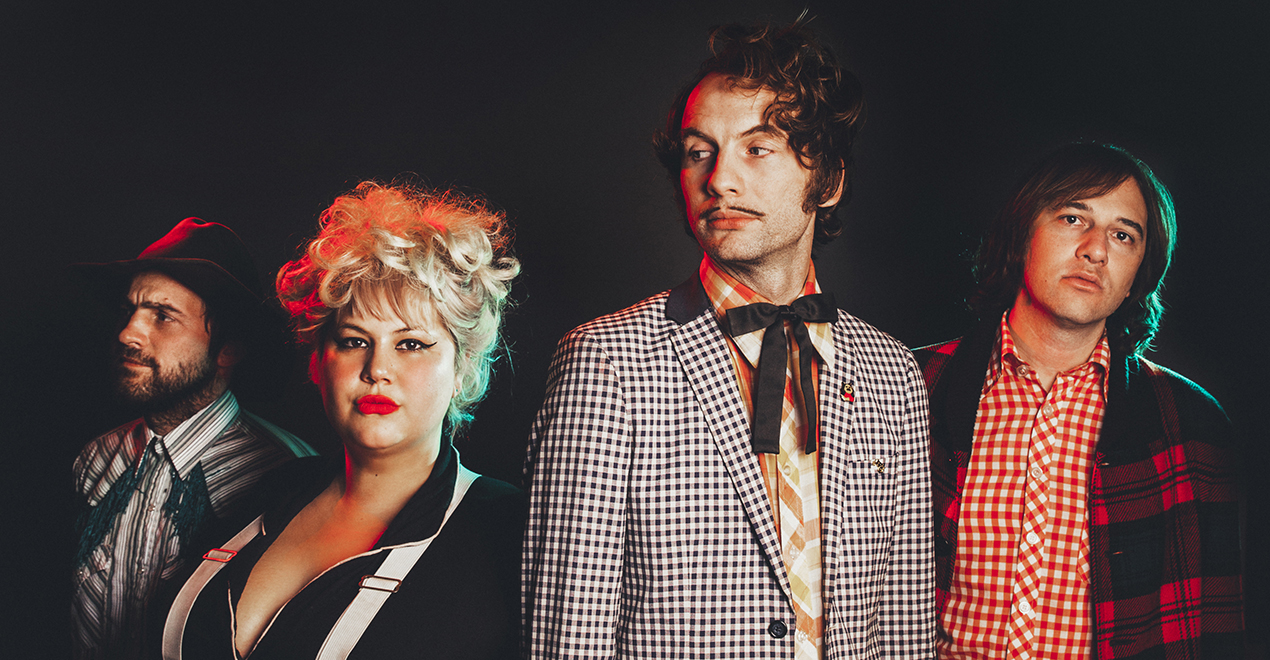 Shannon & The Clams have a phenomenal sound that you don’t often hear in bands these days. They seamlessly weave together this punky, garage vibe with hints of surf rock, occasional spaghetti Western riffs and classic doo-wop 1950s beats to create this psych-pop stuff that is utterly timeless. Shannon Shaw’s voice matches her bass playing in a way, ranging from bluesy and soulful (think: Amy Winehouse) to raw and grungy (cue: Joan Jett). But let’s also give the Clams credit where credit is due. Cody Blanchard both compliments and collaborates heavily with Shannon — writing songs, playing guitar and also singing in an entirely different vocal spectrum — adding versatility and layers to each track. Throw Nate Mahan on drums and Will Sprott on keyboards into the mix, and you’ve got a righteous mix of talent and sound.

Shannon & The Clams just released their fifth studio album Onion, which was recorded over ten days at Dan Auerbach’s Easy Eye Sound Studio in Nashville and produced by Auerbach, himself.

You may know Dan Auerbach from Akron’s biggest export, The Black Keys. Auerbach has been a busy man over the last few decades. After touring relentlessly with The Black Keys from 2001 to 2016, he decided to take a break and put down roots in Nashville, where he has built his own “Field of Dreams,” as he calls it. Easy Eye Studio, where The Black Keys recorded their last two albums, has spawned Easy Eye Sound, Auerbach’s new record label. Auerbach recently recorded a new solo album to launch Easy Eye Sound called Waiting On A Song. 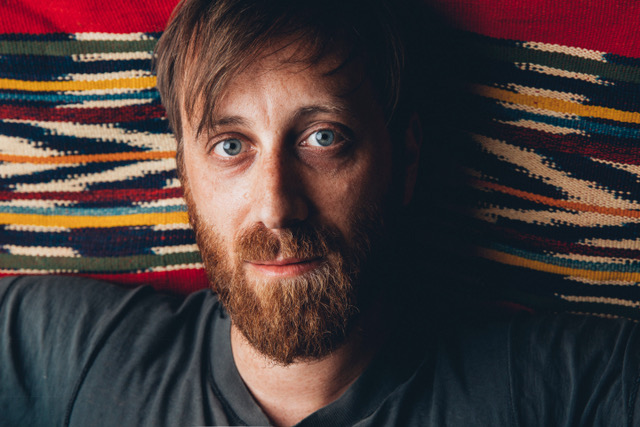 And Auerbach has been making lots of friends in Na­shville, putting together a “house band” of some local heavy hitters, including John Prine, Duane Eddy, Jerry Douglas, Russ Pahl, Pat McLaughlin, Bobby Wood and Gene Chrisman, to record Waiting On A Song and set off on a 20-date “Easy Eye Sound Revue Tour.” The finale of that tour was last night at Denver’s Paramount Theater.

NPR has called Waiting On A Song a “batch of sparkling pop songs that’s sweet, breezy and primed for summer.” They’re not wrong.

I caught the Easy Eye Sound Revue Tour last night, which was complete with guest star, soul-singing bluesman extraordinaire Robert Finley (who also has an album out on Easy Eye Sound, co-written by Auerbach, called Goin’ Platinum!). The concert was extremely progressive in nature, with Shannon & The Clams playing an all-too-short opening set to start. Their brash — yet humble — take-no-prisoners approach to indie music had the crowd singing their praises well into the set break, eagerly lining up to purchase records and make acquaintances with Shannon at the merch table.

When Auerbach and his white-haired powerhouse of a band took the stage, the crowd shed their theater seats with enthusiasm. What started off as a soft and mellow set picked up momentum as each song flew by. While Auerbach’s current band isn’t nearly as edgy (or loud!) as The Black Keys — and how could they be? — the dynamic blend of professional musicians and their well-seasoned, finely honed skills shine through. I wasn’t incredibly moved at any point during the performance, but the entire thing was truly pleasant. It’s right there in the title — “Easy Sound.” And easy on the ears, it was.

Songs ranged from mellow, southern-fried Americana jams to down-home, blues ballads. Things did escalate and get louder and significantly more rockin’ as the night went on. Shannon Shaw came out for a few tunes, including a new track off of her upcoming 1960s-inspired soul album entitled Shannon In Nashville (spoiler: it’s also on Easy Eye Sound’s label and will be released on June 8). Her deep and smoky voice and commanding stage presence really stole the show, and Auerbach politely let her.

That is, until Robert Finley came out, dressed head-to-toe in leather and sparkles. Finley belted out a few tunes, turning the entire evening on its head. A whole different band had emerged, led by Finley and his impressive falsetto pitch, reminiscent of gospel legend Aaron Neville. Finley’s infusion of real-deal soul and R&B, from the swamps of Louisiana to Downtown Denver, for only a few songs provided an exciting climax.

Auerbach and company continued to play more shiny and digestible music to finish off the evening after Finley left the stage, with some pretty instrumental tangents and even a little love ditty for good measure. And there, amidst a sea of mega fans outfitted in Black Keys t-shirts inside the gorgeous and historic Paramount Theater, I concluded my extremely enjoyable evening. Easy does it.

Auerbach is a clear catalyst for creativity, gravitating towards other extraordinary gifted musicians and artists, pulling them gently into his orbit. By playing off each other’s expertise and musical prowess, Auerbach and his house band — plus, all of the musicians on Easy Eye Sound — continue to generate new music that pays homage to old music. From the young Shannon Shaw to Robert Finley (who “became a great grandpa just yesterday”), and everyone in between, Auerbach is collecting Easy Eye artists like baseball cards, carefully curating a winning team.

Bummed you missed the party? Here’s your shot at redemption — Shannon & The Clams just added a bonus Denver show tonight at Lost Lake, with support from Slow Caves and SPELLS. Rumor has it, this show has already sold out — but we bet if you loiter outside the venue on Colfax long enough, you can snag somebody’s extra.