Just over four years ago in January of 2014, Kirkland Museum of Fine & Decorative Art announced a change of location from its Capitol Hill establishment to a bigger building in the Golden Triangle Creative District at 12th and Bannock Street. In 2016, the museum temporarily closed in order to move. On Saturday, March 10, 2018, the Kirkland is re-opening to the public with approximately 2,000 more works on display, bringing the total number to 6,000. Though the museum holds over 30,000 works of art from over 1,500 artists, they rotate these pieces so their collections remain dynamic.

The $22 million new location showcases the same three collections as before — international decorative art, Colorado and regional art and works by the Colorado artist Vance Kirkland — but now it has more space to show them off. Touting 65 percent more gallery area, closer proximity to other major Denver cultural institutions, larger storage facilities, on-site parking and an expanded museum store, the new Kirkland is sure to bolster the already thriving art scene in the city. 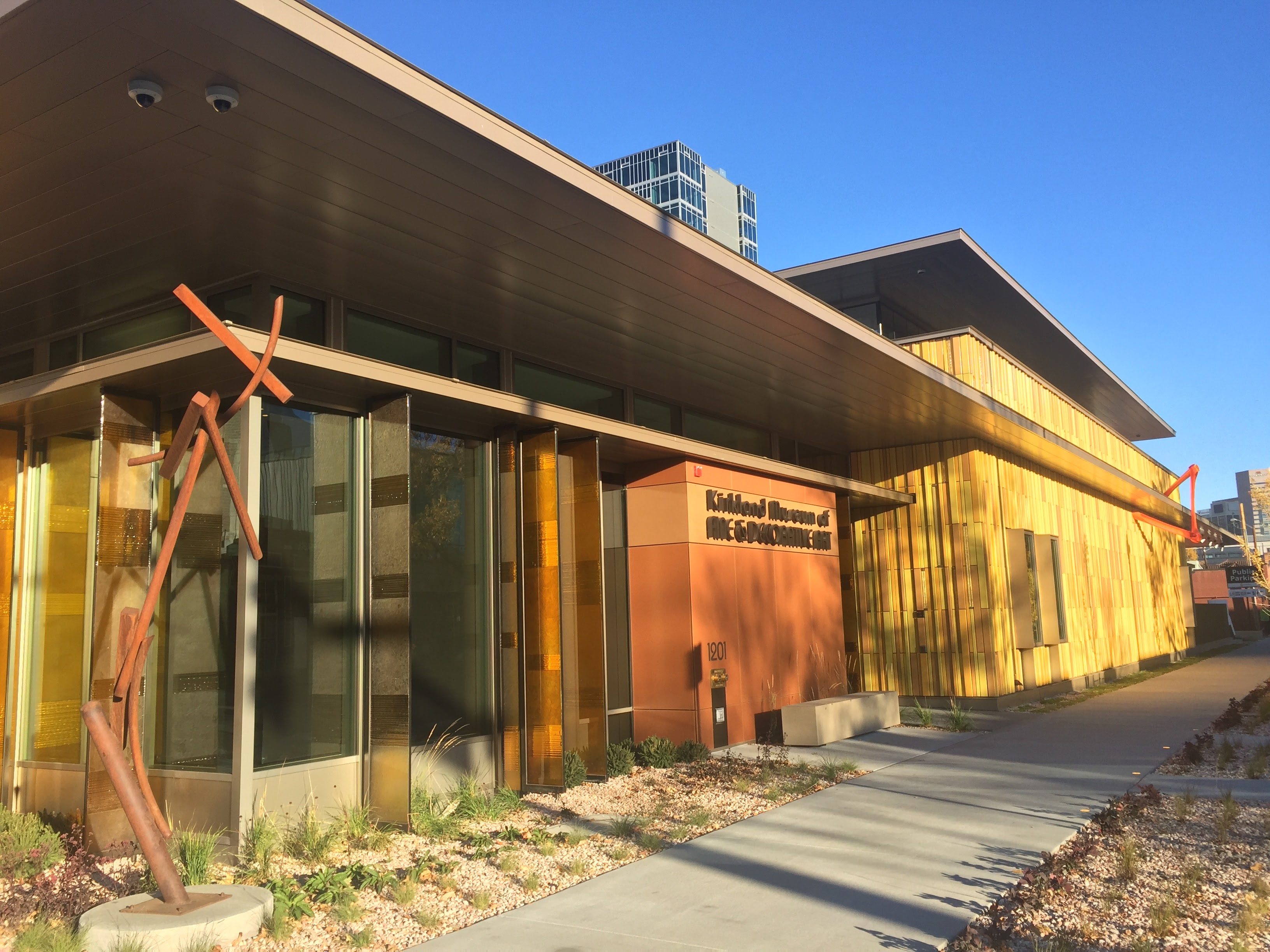 Vance Kirkland actively painted for over 50 years, living in Denver from 1929 until his death in 1981. He’s often touted as one of the most important 20th Century painters in Colorado and the region. His style moved from surrealism to abstract expressionism to dot paintings, with a few others in between. He was also an art educator and collector, coming to Colorado as the founding director of the School of Art for University of Denver (DU). When he left DU in 1932, he started his own educational space, The Kirkland School of Art. Though the school succeeded, DU persuaded Kirkland back into their grips, leaving The Kirkland School of Art as a single painter’s studio. That studio later became Kirkland Museum of Fine & Decorative Art after his death (and with an addition to display international decorative art).

Though the old location served the public as a contextually-rich and unique exhibition space for 11 years, the size constraints presented problems to an ever-more-hungry art crowd. But, the essence of the Kirkland not found in the works and collections of decorative art is the studio itself. Which is why they decided to move the studio to the new location and keep it as an integral part of the experience. 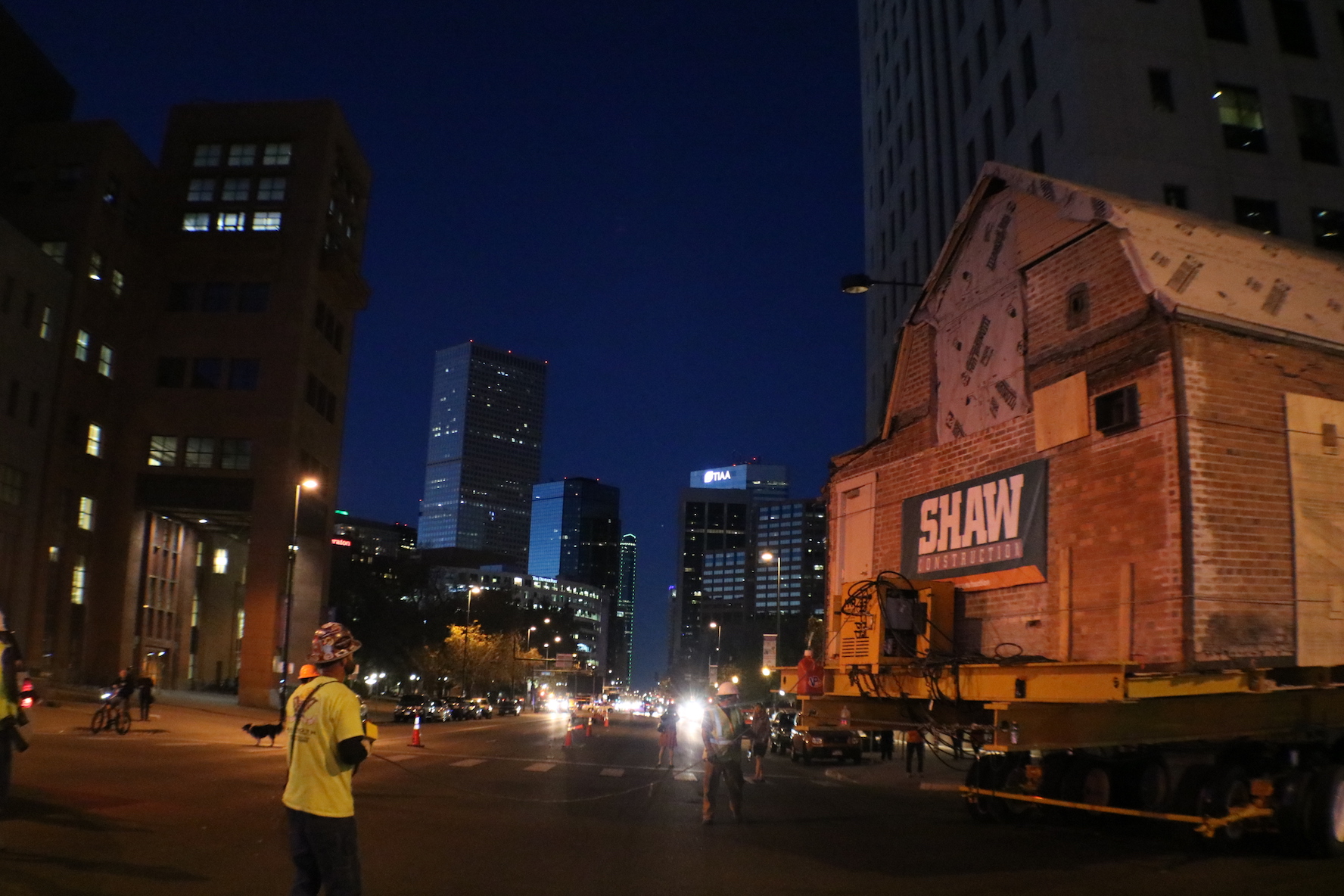 According to the museum, “moving the building that housed Vance Kirkland’s studio and art school, built in 1910–1911, was central to the project. Merle Chambers provided the inspiration to move the Kirkland studio building to the new site. On November 6, 2016, the 1,384 square foot building, detached from the Pearl Street museum, was moved eight blocks west and placed on the north side of the new building in the same orientation as it originally sat on Pearl Street.”

Aside from art by the famous Colorado painter, the Kirkland also houses a large collection of decorative art from 1875 to 1990 and a Colorado and regional art collection with over 7,000 works by more than 700 artists. The decorative art includes pieces from every period — Art Nouveau to Art Deco to Postmodernism and more. All of the collections are displayed together, salon-style. This means that some of the gallery spaces feel more like living rooms than exhibits. It also provides an interesting contrast to see different styles of art sitting or hanging next to one another, rather than separated and categorized on big white walls. 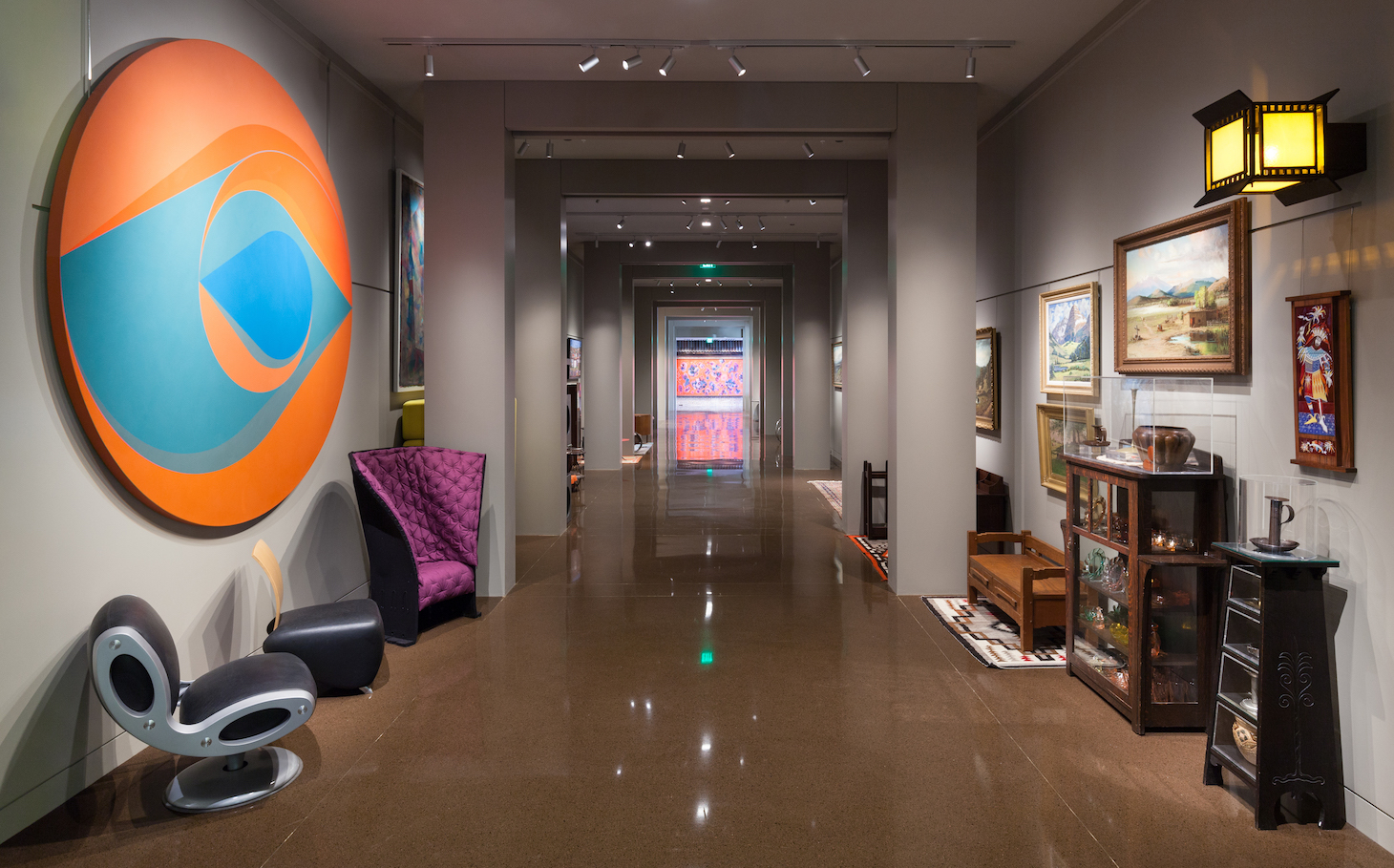 “Promenade” in the new Kirkland Museum of Fine & Decorative Art

The opening of the new location is set for this Saturday. A ribbon-cutting ceremony begins at 10:45 a.m. with entrance to the museum starting at 11 a.m. and lasting until 5 p.m. If Saturday doesn’t work for you, visit between 12 and 5 p.m. the next day for a similar (and maybe less-crowded) experience. General admission is $10 and parking on-site is $5 for two hours with validation.

All photography courtesy of Kirkland Museum of Fine & Decorative Art