The Denver-based band, Ivory Circle, released their EP Scalene on Friday, February 23, 2018, with a show at The Walnut Room. This is their third EP of the trilogy series that focuses on different aspects of singer-songwriter Connie Hong’s life. Each EP in the trilogy is named after a different type of triangle. The first being Equilateral, focusing on Hong’s relationship with God, and the second being Isosceles, which is about Hong’s relationship with her parents and addressing her father’s death. “The themes for each EP were planned from the beginning, but it was interesting how it ended up playing out since I had no idea how much the grief of my dad’s passing would affect me and it was something I reflected on a lot when writing [Scalene],” said Hong.

The three EPs were originally meant to be a full-length album, but Hong and her bandmate, Chris Beeble, decided it was a better idea to do a trilogy series instead. Beeble had pointed to the triangle emblem on the cover of their EP, Entropy, which was designed by Hong’s best friend, Ali Goossens. Entropy was supposed to be a precursor to the full album, but when they decided to do the EP series, it turned into inspiration. “I saw that there were three triangles and I suggested that we do a series of three EPs, represented by each triangle in the symbol,” said Hong. An equilateral triangle has three equal sides, so Hongfound it symbolically fitting to have the theme be her relationship with God. An isosceles triangle has only two equal sides, so Hong had that triangle represent her relationship with her parents. Since she is an only child, she saw the two equal sides symbolizing her parents and she is the third side. Scalene triangles have three unequal sides, so she decided to have the third EP represent her relationship with herself. “I thought it was good imagery for ‘balance,’ something I feel like I’m always trying to achieve in my life, somehow,” explained Hong. 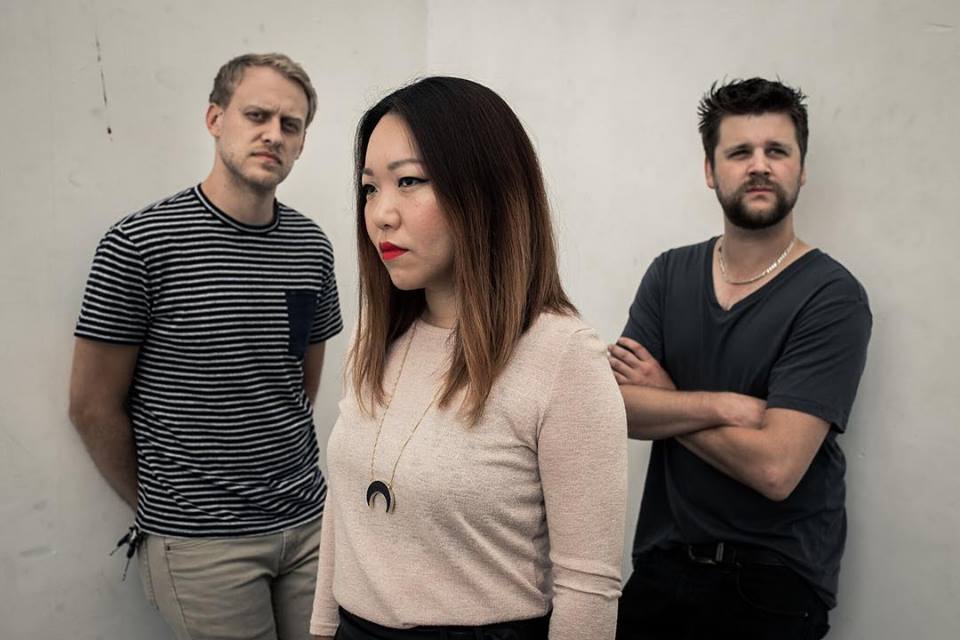 Hong believes that Ivory Circle, which was actually the first street Hong remembers living on, has solidified their sound with Scalene. “The first two EPs in the series involved a lot of experimentation and figuring out who we were as a band, as well as figuring out how to best collaborate with each other as bandmates,” said Hong, whose bandmates include Beeble on bass and guitar and is also the producer and engineer for the band, and Rob Spradling on percussion. “With Equilateral and Isosceles, Chris and I worked very closely together to flesh out most of the instrumentation before we started recording but with Scalene, Rob was much more involved in the pre-production process,” said Hong. “And by that point, we had all worked with each other and had done this for a number of years that the whole process went a lot smoother and things came together more intuitively, I think.” Scalene, like the other two EPs, has five songs, including their lead single, “Never Let Me Go,” which was a finalist in 93.3’s 2017 Hometown for the Holidays.

Ivory Circle’s first EP, Equilateral, was released in 2014 followed by Isosceles in 2015. Three years later, Scalene was released. Hong explains that while the time frame wasn’t intentional, they didn’t want to rush the process with their third EP. She said that there were some regrets as to how fast they put out the first two. “We were putting unnecessary pressure on ourselves in some areas and we realized at the end of the day, it was more important for us to still love what we do,” said Hong, who explained during the gap between Isosceles and Scalene, there was a lot going on in all of their personal lives. Hong’s father passed away and Beeble got married. “We definitely didn’t plan for it to take three years, but we were all so busy that it just happened that way,” Hong said. “Especially since this was the final EP in the series, I think we also wanted to make sure that we were all happy with how we were ending it and wanted to do a really good and thorough job.”

For the release of Scalene, Ivory Circle played to a sold-out crowd at The Walnut Room. Hong explained that The Walnut Room holds a special place in their hearts because it was where they played one of their first headlining shows as a full band. “It was perfect for what we needed it to be—intimate and with a stage big enough for a string quartet,” said Hong. “We honestly never know quite what to expect as far as attendance out of any show we play so we were ecstatic to sell out and be able to end the night with a performance we are so proud of.”

Ivory Circle is playing at Surfside 7 in Fort Collins on May 19, 2018, with Tyto Alba. On May 25, 2018, they will also play in Denver at The Bluebird Theater for the Wildermiss Vinyl Release Show.