Anticipation is an understatement for Dua Lipa’s sold-out performance at the Ogden Theatre on Monday night. If the line to get in, stretching over two blocks wasn’t an indication, perhaps the excited clamor echoing from Colfax was. The British pop singer, who just last Saturday performed on Saturday Night Live has positively blown up in the states, and fans jumped at what may very well be the last opportunity to see her in a venue the size of the Ogden. Lipa not only rose to the occasion but she proved that her place in the future of pop music is a deserved one. 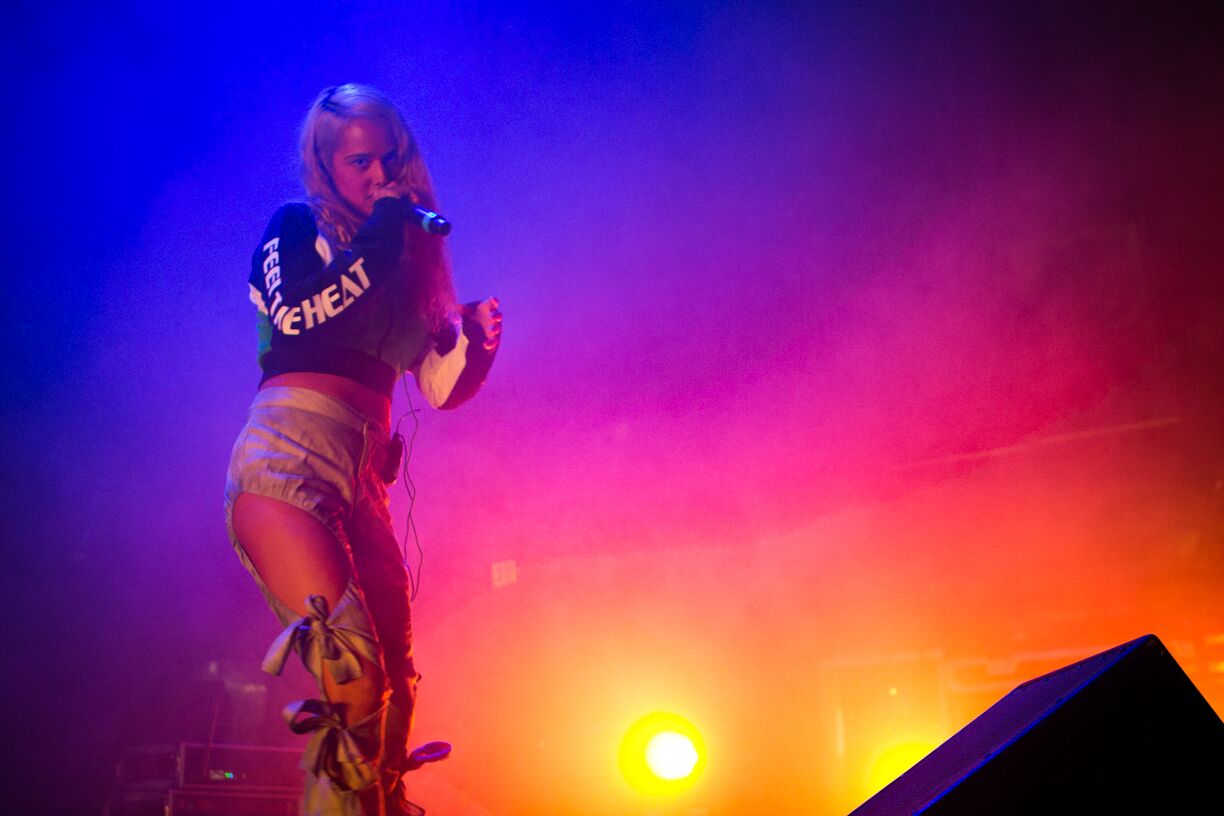 Tommy Genesis an aspiring self-described “fetish-rapper,” opened the show leaving much the opposite impression. Strutting the stage with an inane swagger, Tommy Genesis had little impression to give. Her hard-hitting bangers came off aloof as she paced the stage devoid of any discernable personality, while her ability to actually perform her songs suffered from unintentional mumbling and falling back on playback vocals. It was the human personification of a Xanax and Zinfandel cocktail — listless and questionable. The grueling 35-minute performance didn’t seem as much a result of ill preparation, but rather pure laziness. The worst being an off-the-cuff “freestyle” that lacked rhythm, flow and cohesion — all the necessities of being a rapper, or so I thought. Had she given a dollop of energy or invested some of herself in the performance, the result would have been yielded much better results, but alas… 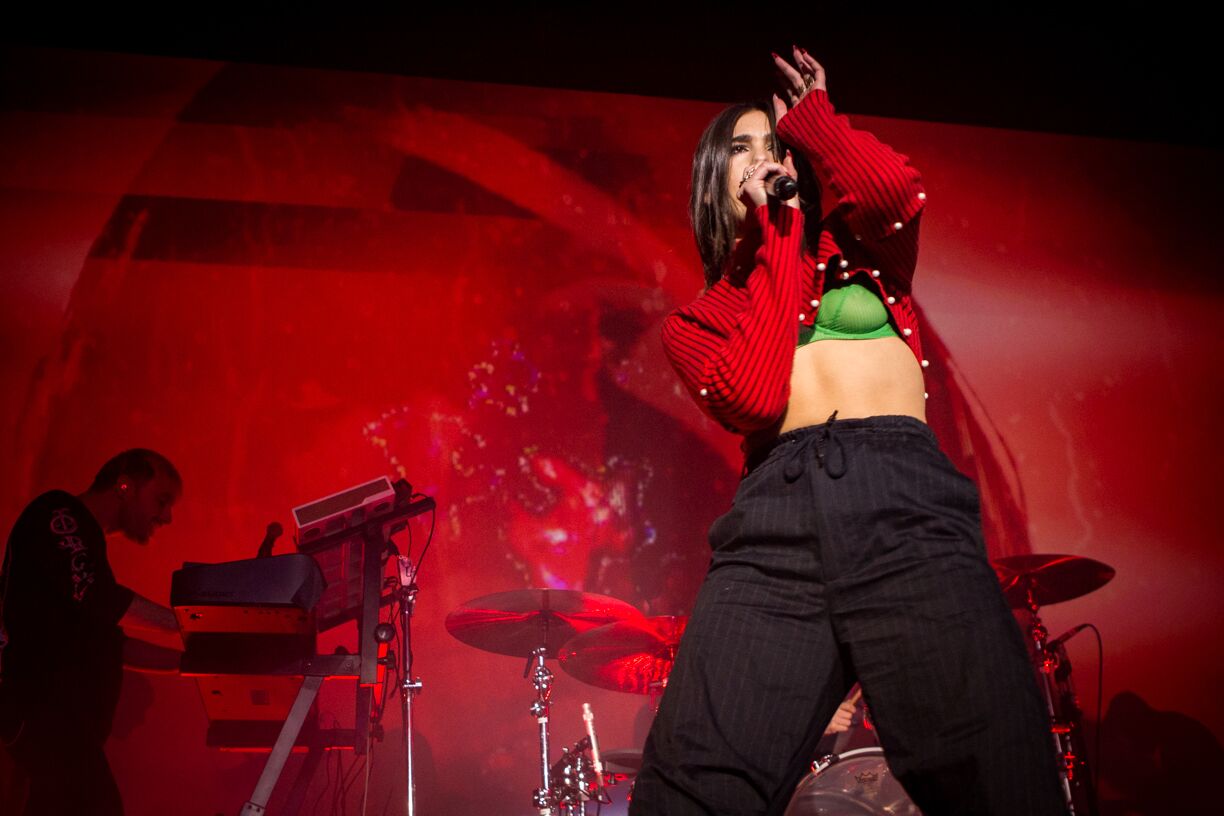 When Dua Lipa eventually hit the stage, it didn’t take much for her to resurrect the energy in the room, as she opened with the fiery “Hotter Than Hell.” Besides her stunning good looks, the first thing that one notices about Lipa is her voice, which manages to both sound fuller and richer than on record. Her alto voice at times resembled something straight out of ’90s house music while other times it gleamed as it soared into the higher registers of her falsetto, but it was always self-assured, landing where it needed to be. The sheer versatility of Lipa unwittingly gave insight into an untapped potential of the young singer, especially given the fact that she only has one album under her belt. But in the present and in the scope of her songs, Lipa’s voice charged through the packed theater egging the audience into singing at the top of their lungs. 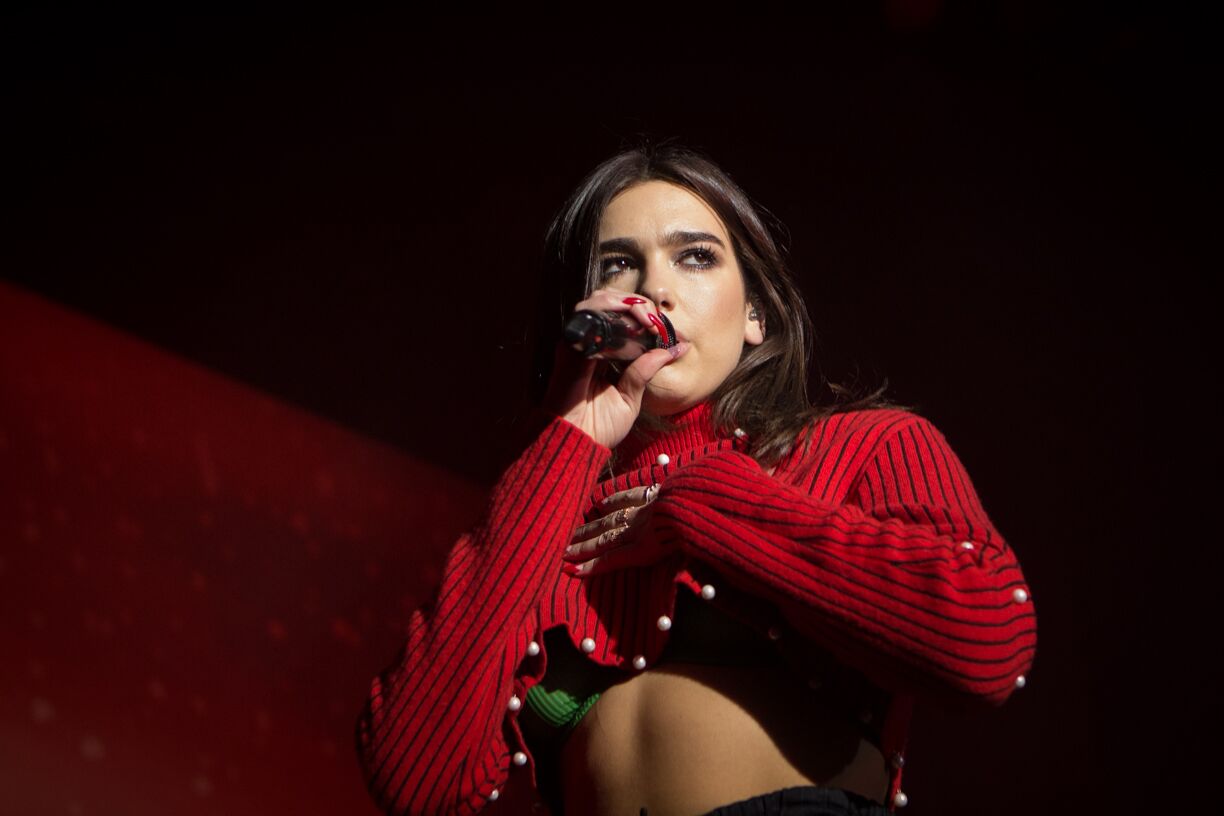 Sprightly dancing around the stage, Lipa was a buoyant force of energy that reverberated through the building. Even on slower songs like “No Goodbyes” and “Thinking ‘Bout You,” Lipa kept the momentum alive, refusing to drag down the show. The crowd ate it up, joining in and grooving with the songstress as she sang with heartfelt sincerity. When the set came to its conclusion with her breakthrough hit “New Rules,” the crowd erupted with cheers and a cacophony of voices came together for what seemed like a victory lap for Lipa. As a testament to the singer’s talent, had she stopped the set prior to her major hit, people still would have left more than content with her performance, as it was nothing short of a pleasure. It was confident, energizing and showed immense promise in the singer’s ability to go where the likes of Ellie Goulding, Lana Del Rey and Lorde had gone before her. Owning her personality and laying it all out on the stage, simply put, Dua Lipa is here to stay.