Warning, this may be the raunchiest review 303 Magazine has ever published, all courtesy of viral rap sensation CupcakKe.

The hyper-sexualized MC has been making waves with instant classics like “Deepthroat” and “Spiderman,” and their accompanying videos that have gone viral on YouTube and WorldStarHipHop. Not since Khia taught all the ladies how to “pop their pussies” has a rapper’s sexual freedom been so brazenly explored in song. Such effort has not gone unnoticed either, CupcakKe has been lauded for her style and wordplay by publications like Pitchfork and Rolling Stone, and her ravenous fan base has taken her from viral fad to bona fide star in the process. Her sold-out headlining performance at the Marquis Monday night was akin to going down the metaphorical glory hole where sucking dick, unrestrained libido and pussy popping ran rampant.

Opening the performance was Denver’s own Kitty Crimes. As a strong MC in her own right, Kitty Crimes was a powerhouse inviting the Denver into her gritty world. Accompanied by only her DJ, Kitty Crimes managed to sound like an act two times her size. Perching herself on the monitors and darting across the stage as she hit menacing rhyme schemes, Kitty Crimes filled the room with her personality and swagger. All the while, the crowd ate up her bravado and spat back unadulterated adoration for her. By her sets end, it was clear who the icing on the cake was and we damn sure licked it up.

Arriving to the chanting of her many fans scattered around the tiny Marquis stage, CupcakKe came out donning a skin-tight bodysuit and a long blonde weave with plenty sex appeal to spare. Promptly launching into “Vagina” the audience began percolating as they belted the song’s raunchy lyrics in tandem with CupcakKe. Should you have been walking past the Marquis, one would have heard a cascade of voices shouting “slurp that dick ’til it cums,” complete with the slurping sounds ad-libbed through the speakers. Knowing her audience’s freaky side well, CupcakKe seductively sang into the audiences iPhones, salaciously touched herself and even went topless for brief moments — teasing her sexuality with unabashed confidence. With her mom watching from the sidelines even, CupcakKe paraded her message of body acceptance as well as sexual acceptance with ease. As much as she portrayed an image of hyper-sexuality, she just as much portrayed the image of ownership and pride in one’s sexual conquests. Screaming about guzzling dicks and having “balls to the wall” sex felt positively orgasmic and called at times, for a cigarette or two. 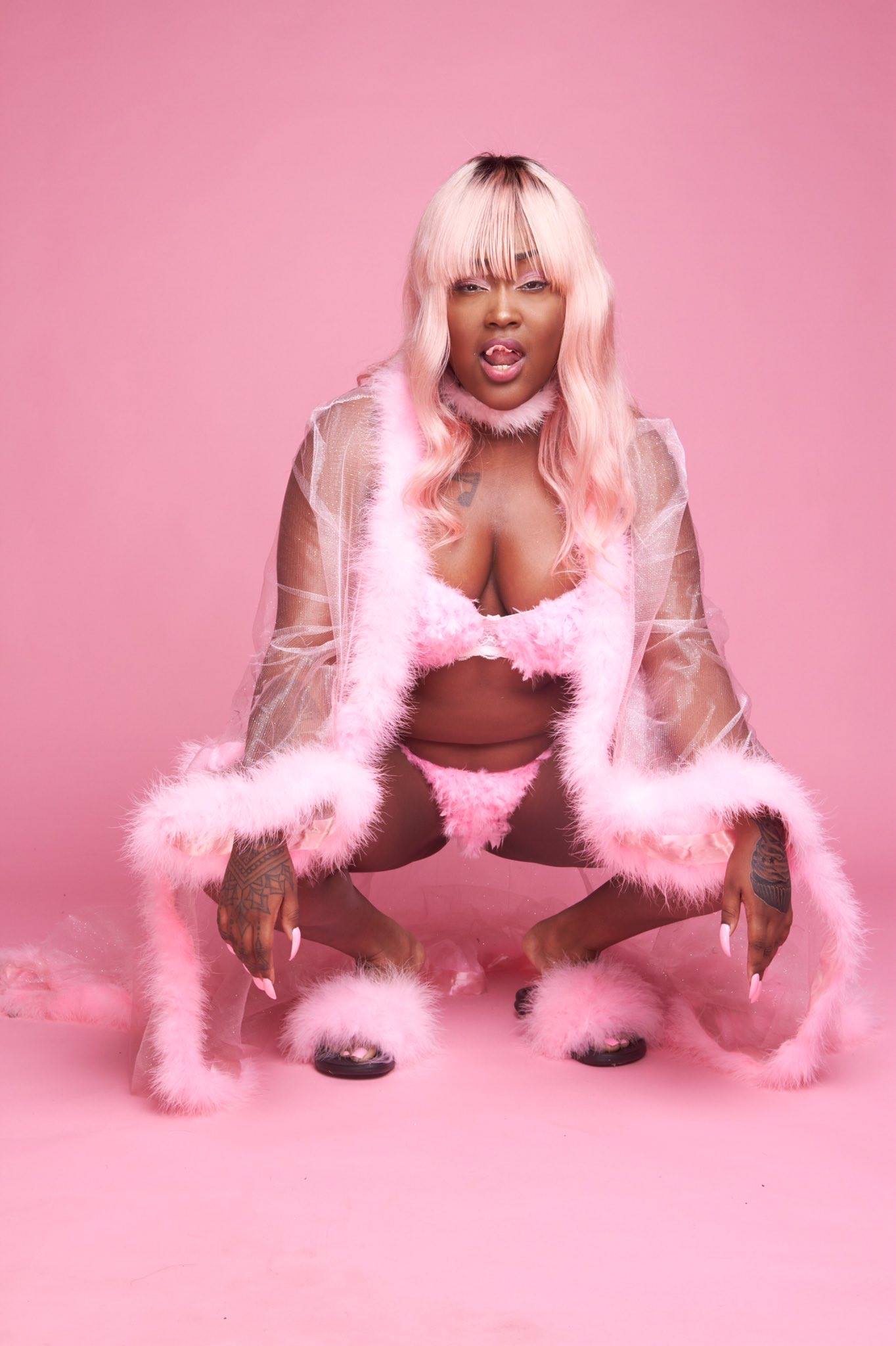 CupcakKe is no ordinary protagonist of the hip-hop genre. As mentioned prior, female rappers like Lil Kim and Khia embodied a deep appreciation for expressing sexuality, but what CupcakKe is doing is bringing sexuality on a clever and inclusive level. Seeing people of all shape and form living their truth through her lyrics was refreshing, to say the least. On “Lgbt” hearing the masses belt the chorus, “fuck out my way when you see me, I’m rolling with the LGBT” and identifying with the message she spat to laughing as they related to the cleverly shady “Fullest” brought a new perspective to sexuality in music. Sex doesn’t have to be serious or something to be ashamed of. What people do behind closed doors is their business, but it doesn’t have to be a silent enjoyment. If you’ve got it like that flaunt it, those of us at the Marquis did and then some.