If you haven’t heard of BROCKHAMPTON yet, you better ask somebody. The multifaceted hip-hop group dubs themselves the internet’s first boy band, and with good reason. Having all connected through the popular hip-hop forum Kanyetothe the group went from releasing an overlooked debut mixtape to becoming a polarizing force in the music scene, in less than two years.

Between the insatiable shrieks of fans, the seemingly endless line for merchandise throughout the show and the near perfect recitation of the band’s rapid-fire lyrics alongside every song, BROCKHAMPTON may just be the hottest group out there today. The band went from selling out the intimate Globe Hall last September to selling out the Ogden Theatre in only six months’ time. Plus, they’ve created three full-length albums released in 2017 alone. The kids aren’t just alright, they’re on a mission. If you found yourself fortunate enough to be caught up in the mania ensuing at the Ogden Theatre Monday night, it was a riotous exclamation point on the young group’s already illustrious career and a defiant kiss-off to any preconceived notion one may have about hip-hop’s viability in general. 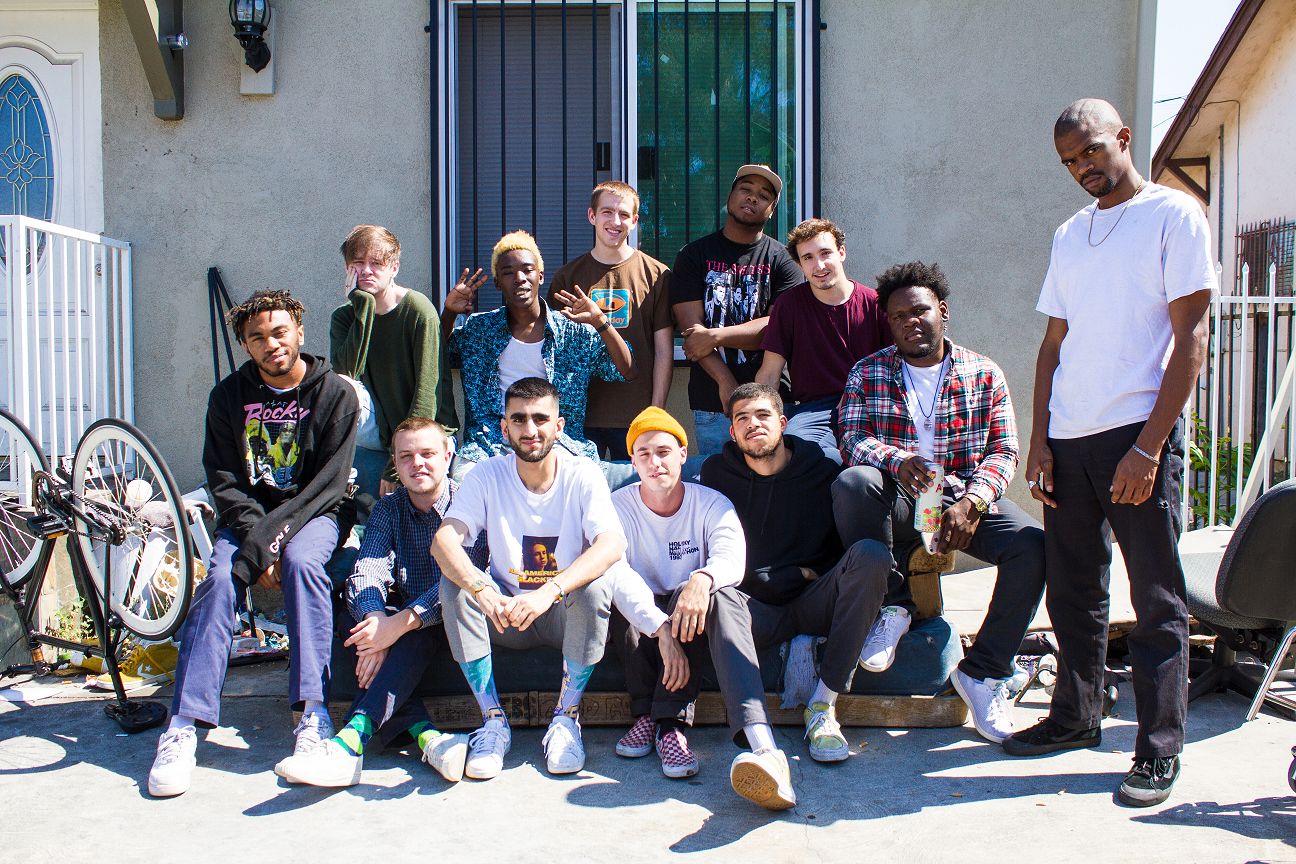 Arriving a casual 30 minutes late without an opener to tide the audience over, BROCKHAMPTON worked the already restless audience into a simmering hysteria. A bizarre playlist featuring the likes of Wham!’s “This Christmas” and Lady Gaga’s “Bad Romance” blared from the speakers — to which the audience belted back in the interim. The pop music choices were slightly less jarring in the context of BROCKHAMPTON’s assumed goal — to become pop stars themselves— only within the frame of hip-hop as their medium. The house lights eventually came down, and a spry figure emerged with a dust mask. Entering with what appeared to be an orange HazMat suit to the scene of a post-modern living room arrangement, the cheers from the audience were deafening — even if nobody knew quite what was happening. Before we had time to process the scene, the rest of the band barged in with the frantic “BOOGIE,” and the scene devolved into a chaotic mosh of flying limbs that made the entire audience from the floor to the balcony lose all control.

Reminiscent of the now-defunct hip-hop collective Odd Future, the personalities of the group are what seals the deal. The cast and characters the collective revolves around are distinct and biting. Whether it’s Kevin Abstract playing ringleader and hype man of sorts, Bearface and his sleepy rock aesthetic or Russell “Joba” Boring skating between breezy hooks and scathingly erratic bars, the ebb and flow of the group is seamless.

Resembling more of a running relay than a rap show, the group’s ability to volley lyrics between each other and provide support when need with their own style was as fascinating as it was refreshing. However, stopping the performance for a brief Q&A is what truly bolstered the group’s prospects at boyband fame. Prompting several random members of the audience to ask them questions revealed how involved the fans are in the lives of the band members and BROCKHAMPTON as a whole. 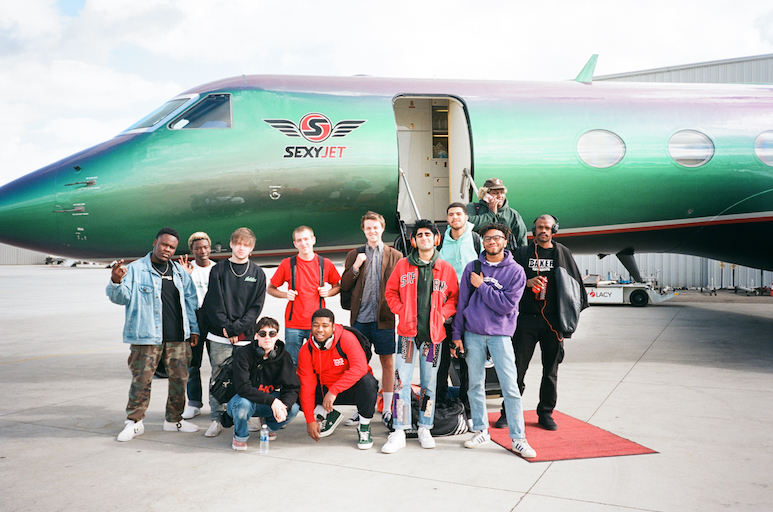 The band was without a doubt revered as much as famous boy bands like *NSYNC and The Backstreet Boys, without the need to compromise on a clean agenda or radio-friendly archetypes. Pop, more than most genres, has been forced to adhere to a certain sound and image, and in BROCKAHMPTON’s pop aspirations they completely break the mold. The band manages to go from loud and rambunctious on barn-burners like “SISTER/NATION” to incinerating and racially provoked on “HEAT” to smooth and reflective on “BLEACH” without losing an ounce of attention or risking alienating their audience. Following Monday night’s performance, there is no doubt that BROCKHAMPTON will make good on their boyband and pop music ambitions, and the best part of it is they won’t have to sacrifice anything to get there.