Kyle Hollingsworth Found the Balance Between Funk and Family

When Kyle Hollingsworth answered his phone, he and his wife were in the car driving home from a night out in Denver, or as he called it, “the big city.” It had been his wife’s birthday, so he surprised her with dinner at Linger and a stay at Union Station’s Crawford Hotel. Fans of Hollingsworth know that when he’s not playing keys for the String Cheese Incident (SCI) or the Kyle Hollingsworth Band (KHB) he’s spending time with his wife and two daughters. What most of us don’t know about is the balance between music and family that he’s achieved. Though he assured us it’s not a perfect balance, it seemed to me that he’s doing as well as anyone could.

We love, idolize and sometimes obsess over our favorite musicians, but it’s not often that we get to see them as simple humans. Hollingsworth is a great example of a local musician whose career takes him all over the country a majority of the time. “It’s always a challenge to balance my family and my passion. Luckily, they’re very understanding.” Hollingsworth, like anyone who has turned their passion into a career, doesn’t want to stop working — “I could go do this other thing, I could go produce this other band.” The keyboardist makes sure to keep his family in the front of his brain and to remember that they are the rock, the foundation. The lesson here? “It takes a lot of time and space to make sure both those places get respected.”

Hollingsworth’s newest album from the Kyle Hollingsworth Band is titled 50, in honor of his upcoming 50th birthday. A slew of Front Range shows are scheduled to commemorate the album’s release, including the March 2 show at Cervantes’ Masterpiece Ballroom. The String Cheese Incident has made a name for itself within the jam scene, but what about this other project of the SCI keyboardist? Within SCI, Hollingsworth has been the “funk-style writer,” which is what he resonates with most. With KHB, he can explore new spaces and try different genres on.

Kyle Hollingsworth Band is Kyle’s own project, which vastly differs with his experience working with the String Cheese Incident. With SCI, the process is democratic. “We write together and all have lots of things to say, and sometimes you get stalled in the creative process.” With KHB, although he encourages his band members to bring in ideas, Hollingsworth is the producer and can say “this is the way it needs to be done, let’s go down this route.” 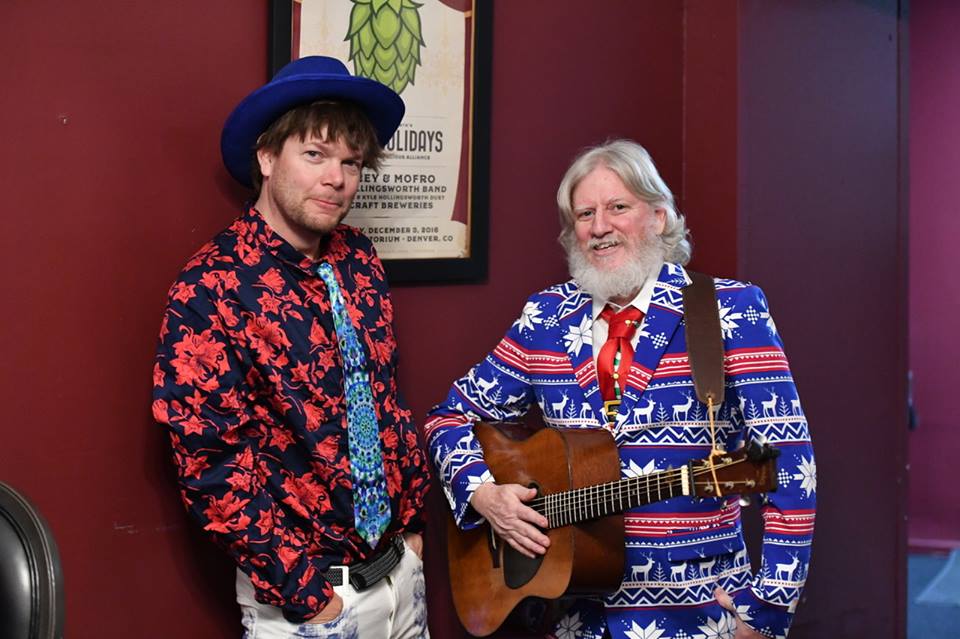 Hollingsworth was born and raised in Baltimore, Maryland but has been in Colorado for 25 years. With two kids and a wife, Colorado feels like home, and as an important player in the jam scene, it feels even more so. He’s noticed many musicians moving to the Front Range, and that’s no coincidence. Hollingsworth notes the combination of the promoters and the scene that makes Denver such a particularly special town:

“The people who come and see music are very receptive to lots of genres of music, and, specifically, they’re open to the jam scene. People come out and support the music, which is the biggest thing — the scene here is supported by the fans. The promoters and the clubs are very generous with their spots, and they help the bands out.”

Certain venues hold a special place in Hollingsworth’s heart. He hosts the annual Hoppy Holidays, a beer festival that takes place at the Fillmore, with Kyle Hollingsworth Band headlining. As far as his favorite venue, he said, “It depends. For the get-down, funky dancing, then I’d say Cervantes’. If you want to go for more of an all-inclusive, larger experience, then I would say the Fillmore.” He’s performed all over the Front Range but has yet to play Ophelia’s, which he’s heard great things about and hopes to play at someday soon.

In the meantime, the shows next weekend are a must-see. Why? “They’re all going to be raging,” Hollingsworth will have you know. He’s calling 50 a “celebration of collaboration,” and the upcoming shows will be no different. Album tracks include the Motet horns DJ Logic, Jen Hartswick of the Trey Anastasio Band and Andy Hall of the Infamous Stringdusters. To top it off, the self-proclaimed “beer geek” has brewed his own beers that will be served on tap for Friday and Saturday evenings, with the help of Joyride Brewing in Denver and Mountain Sun in Boulder. The weekend will be one of those funky, dancing “get-downs” that Hollingsworth throws so well.

Tickets for the March 2 show at Cervantes’ Masterpiece Ballroom can be purchased here.