Show You Should Know – J.I.D. and Earthgang at the Bluebird Theater

Atlanta natives J.I.D. and Earthgang will be co-headlining the Bluebird Theater this Thursday, February 15. Both acts are signed to J. Cole’s label, Dreamville Records — and each is touring in support of new albums released last year on the imprint. The frequent collaborators have a sound that differs from much of the mainstream club styles that are emerging from the Southern hip-hop mecca. Both have a lyrically-driven style with nods to classic and New York rap.

Earthgang is comprised of Johnny “Olu O. Fann” Venus and Doctur “Eian Undrai Parker” Dot. The duo has been likened to Outkast — and while both are duos from Atlanta the comparison seems a little superficial. Their sound is much more similar to acts like The Pharcyde and their mentor J. Cole than it is to many of their southern peers. The same could be said of J.I.D. whose debut album The Never Story is filled with line after line of introspective, sharply articulated lyrics over hazy, brooding beats. 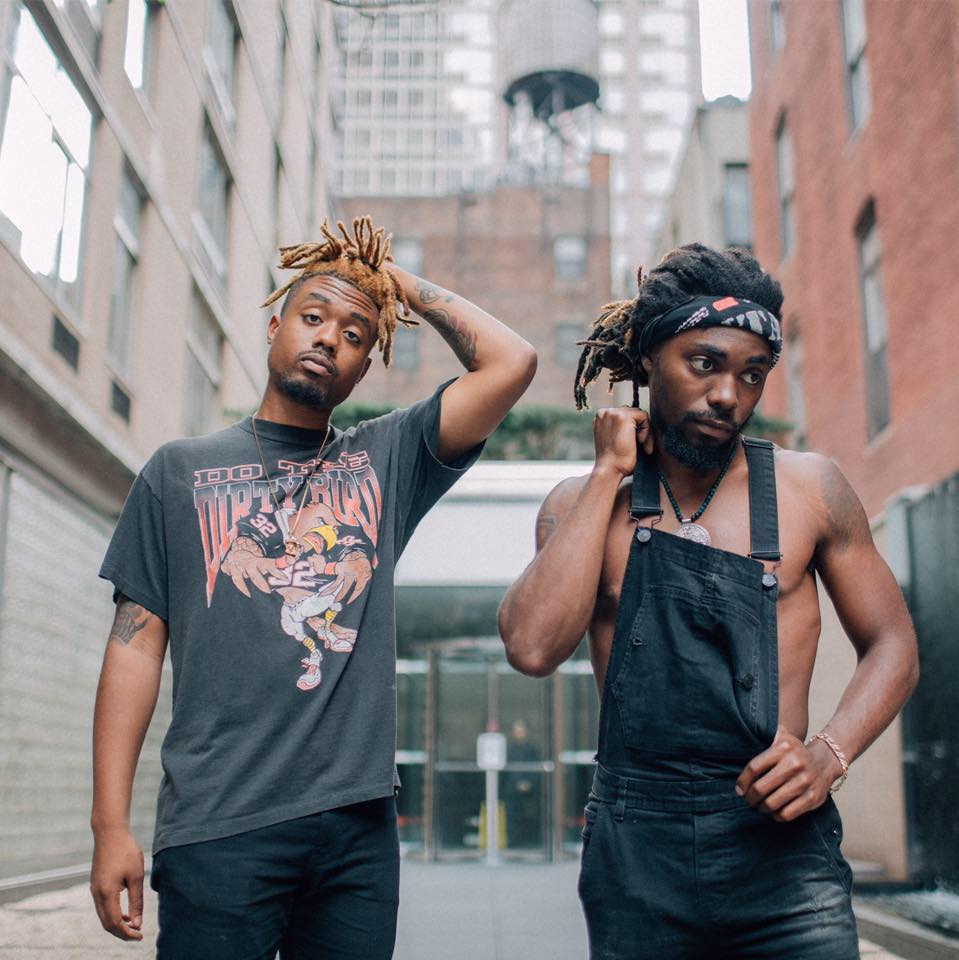 The two acts have been connected since early in their careers, both being founding members of the Spillage Village crew that has become a home for the city’s mavericks. The Denver stop is the tenth show of the second leg of their 25-stop “Never Had Sh!t Tour” — the first one having begun in November. By every indication the up-and-coming rappers have forsaken sleep until midway through March. The passion displayed by both acts is tremendous.

The two members of Earthgang established their crew while still students at Benjamin E. Mays High School — the same school southern icons, Goodie Mob, attended decades prior. The proximity has led to further comparisons to Outkast and their Dungeon Family affiliates, though the comparison with Cee-Lo’s crew is probably a bit apter stylistically. Politically astute observations are seamlessly interspersed with personal anecdotes and traditional rap boasting. The connection with J.I.D. could not have been more natural — both are occupying the same well respected and much-needed lane. The three rappers forged their connection while attending Hampton University. J.I.D. has since been establishing his touring chops as an opening act on J. Cole’s “4 Your Eyez Only Tour.” The star-power of both acts is tremendous.

The two groups have taken it upon themselves to show a different side of Atlanta, favoring lyrical integrity over the commercial hitmaking that has come to define the rap metropolis. Lacking the glitz of their commercial counterparts is actually their strong-suit — in an industry dominated by mumble rap and auto-tune the rappers are a welcomed breath of fresh air. While a verbose, intellect heavy style is largely associated with the old-school, Earthgang and J.I.D. are anything but derivative. Known for powerful shows and serious on-stage chemistry, both acts have been making serious waves among rap fans and casual listeners alike. Come through for some of the most exciting music to be bubbling up from the underground. The show starts at 9 p.m. with an opening set from Chaz French + Lute.

Tickets are $18 and can be purchased here. All photography courtesy of J.I.D.’s and Earthgang’s Facebooks.