Ladies, escape the daunting, commercialized pressures of being single this Valentine’s Day by joining the “Sweethearts of the Rodeo” event this February 14 at the Hi-Dive on Broadway. This show will have an all women lineup featuring Chella & The Charm, Ryann & Lee, Jennifer Niceley, Bonnie & Taylor Sims (also known as Bonnie & the Cyldes) and Five Mile Woods. Pull out your cowgirl boots, practice your country line dancing and grab all your girlfriends – doors open at 7 p.m and tickets start at only $7.

Opening the show, Five Mile Woods will start the event with a raw performance of original songs.  Playing solo for the night, singer Jackie Zubrzycki remarked, “When Chella reached out about the show, I immediately loved the idea of sharing the stage with these great performers. I also liked the idea of spending Valentine’s Day – which can be a loaded day – with some sweet country music.”

Specifically, the genre of country music can be daunting for women performers, who can find themselves ostracized amongst the male-dominated culture.  “Some songs don’t have the most female-friendly lyrics, but women love and make great country music too! I’m glad Denver and the Hi-Dive are embracing it,” Zubrzycki added.

As the host of the event, Chella & The Charm has plunged itself into the Colorado music scene since their relocation to the area in 2000 — even titling their 2016 EP Denver Delay. The group draws inspiration from trains, whiskey, broken hearts, PBR Tallboys and the Lord – all key pieces in creating their catchy country western sounds.

On the other hand, Ryann & Lee are a traditional country duo whose interests include tea, needlepoint and horses. Their band’s manifestation began as Colleen Lee approached Erika Ryann after the two met and performed together at an event hosted by mutual friends.

“I tend to be the one who likes to keep our sound true to the old-timers and Colleen has an amazing knack for bringing new ideas to the tunes, opening them up to a higher level and giving them new life,” Ryann shared. “Working with her to take these old standards and develop them into something new and less expected is so much fun, I reckon it’s illegal in some parts of the country.”

After hearing who else would be joining the event, Jennifer Niceley couldn’t help but jump on board. The artist began writing songs at the early age of 11 once her father began teaching her guitar chords to classic country songs.

“Writing a (good) song is still a magical process to me… I’ve always found a lot of inspiration from the natural world and, of course, the inner landscape and the heart,” Niceley disclosed. Since moving to Colorado, the singer has already seen the state’s influence in her songs. “The openness and extreme geographical features can still be almost disorienting, but it’s also invigorating. Almost all of my new songs are rooted somehow in this new terrain and I love it. ”

For Bonnie & Taylor Sims, their relationship first began as a romantic one before they decided to take over the Rocky Mountains as a musical duo. Performing full tours since their inception five years ago, the couple has produced four albums. Donning the mandolin, Bonnie blends with Taylor’s harmonious flat-top guitar to produce soothing hits, including “Shiny & New,” from their fourth album Dear Somebody.

So ladies, why be let down by a partner this Valentine’s Day when you can find love in these performances at the Hi-Dive? 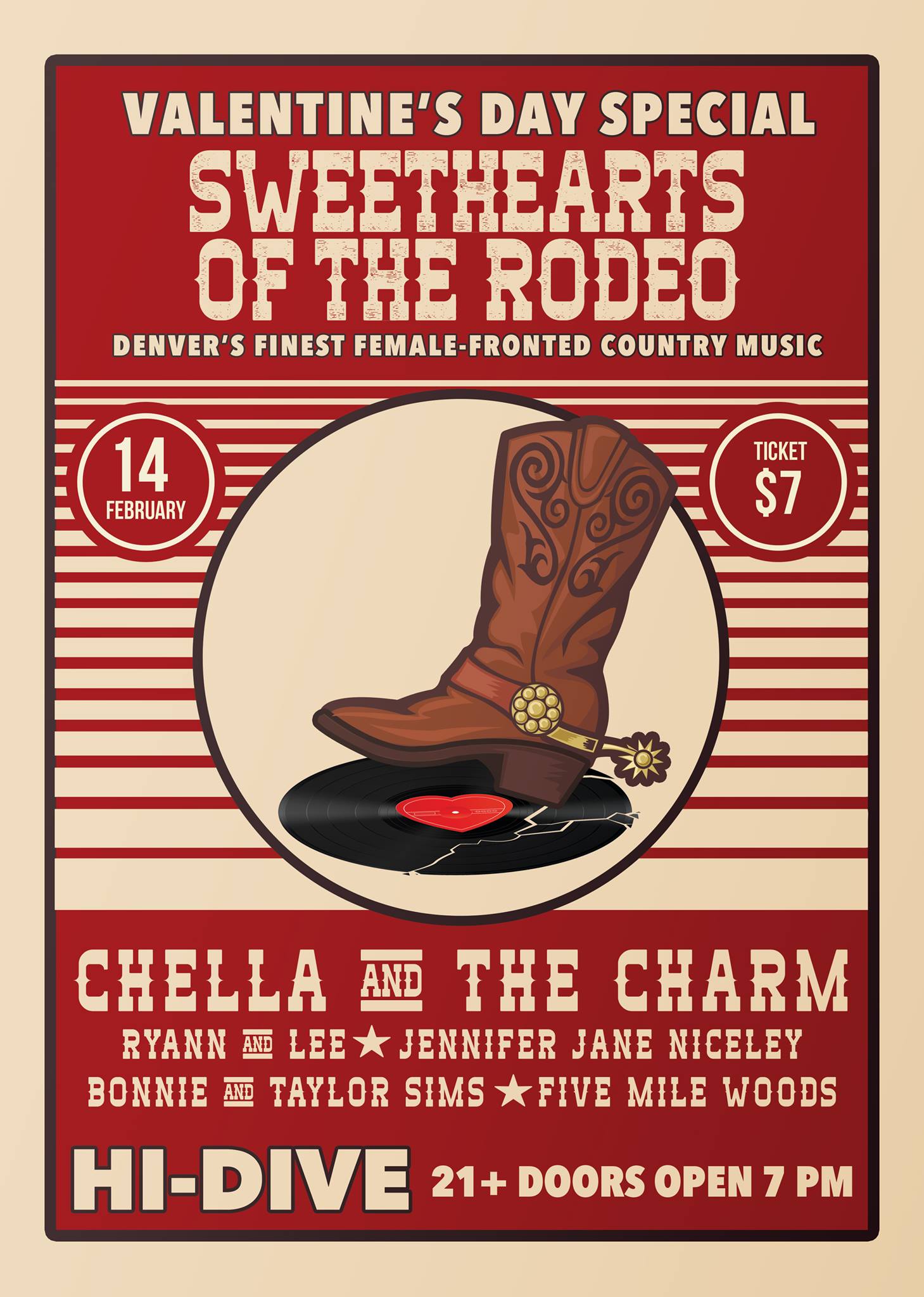