New Film Sheds Light on The Disappearance of Colorado Snowpack

Jane Zelikova’s The End of Snow will be one of many award-winning films set to play at the Colorado Environmental Film Festival this week. The picture premiered at the Boulder Adventure Film Festival in 2016 and has been on tour with the Telluride and Back Country Film fests over the past year.  “It’s been viewed by people all over, people we would never have thought, I got an award in Estonia which is weird but wonderful,” said Zelikova. 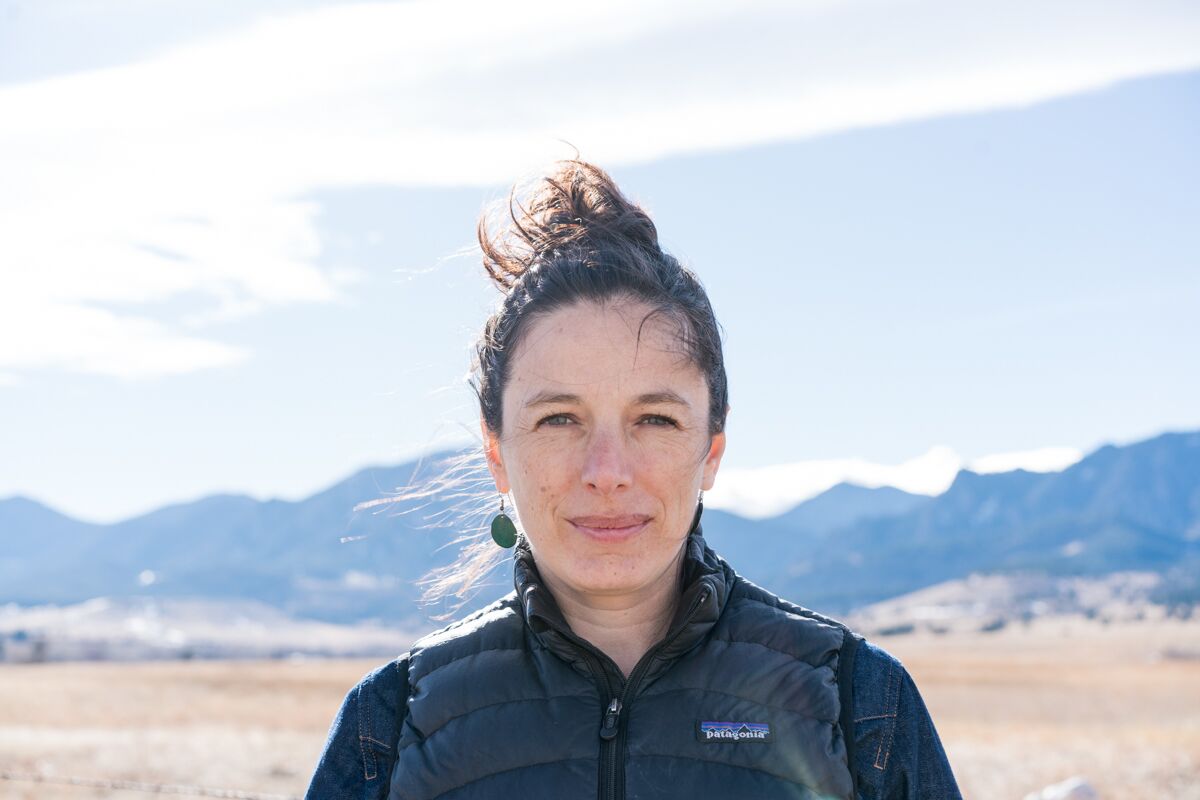 Skiers and snowboarders in Colorado may have noticed the thin layer of red dust that cakes the modest amount of snow this year, especially in the Southwest region of the state. This red dust is blown from land in Arizona and Utah where farmers and ranchers are grazing cattle too early in the winter, when there isn’t enough rain to wet and maintain the soil. Grazing when it’s too dry creates a large amount of dust that is then carried and absorbed into our snowpack. The soil is dark — leading to a higher absorption of heat — which then melts the snow much quicker than normal.

Even so, Zelikova understands the difficulty farmers face because of the incredible amount of work they have to finish in a time costly manner.  Furthermore, adapting to the changing climate needs a reform on all levels of the farming industry. “It’s not to vilify—it’s ranchers and farmers who have BLM leases that, in the past, would’ve been able to graze without having so much soil disturbance. But because the climate is changing, plants are growing earlier, [animals are] grazing earlier,” she stated.

Her movie, The End of Snow, was filmed in the mountainous regions of Wyoming and Colorado, where many ranchers live. It tells the story of three men whose lives are interlinked with the decreasing levels of snow across the Rocky Mountain Region. “As we were thinking about how to structure the film I kind of realized that me talking about dust deposition would be maybe a little bit boring,” Zelikova said. She wanted to give viewers an insight into her research through telling the stories of real people.

The film is told through several chapters — from professors to ranchers and how their stories intertwine with the issues. The last chapter tells the story of Freddie Botur, a rancher in Big Piney, Wyoming who uses sustainable methods when grazing cattle to stop further dust deposition across the Rocky Mountain region.  Zelikova thought it was essential to add Botur’s story to shed light on the reality of sustainable farming.

“We just wanted to leave it on a more positive note because even though there are a lot of impacts we feel from climate change today, there is hope and there are people from very unlikely places … that are doing things to help,” she said. 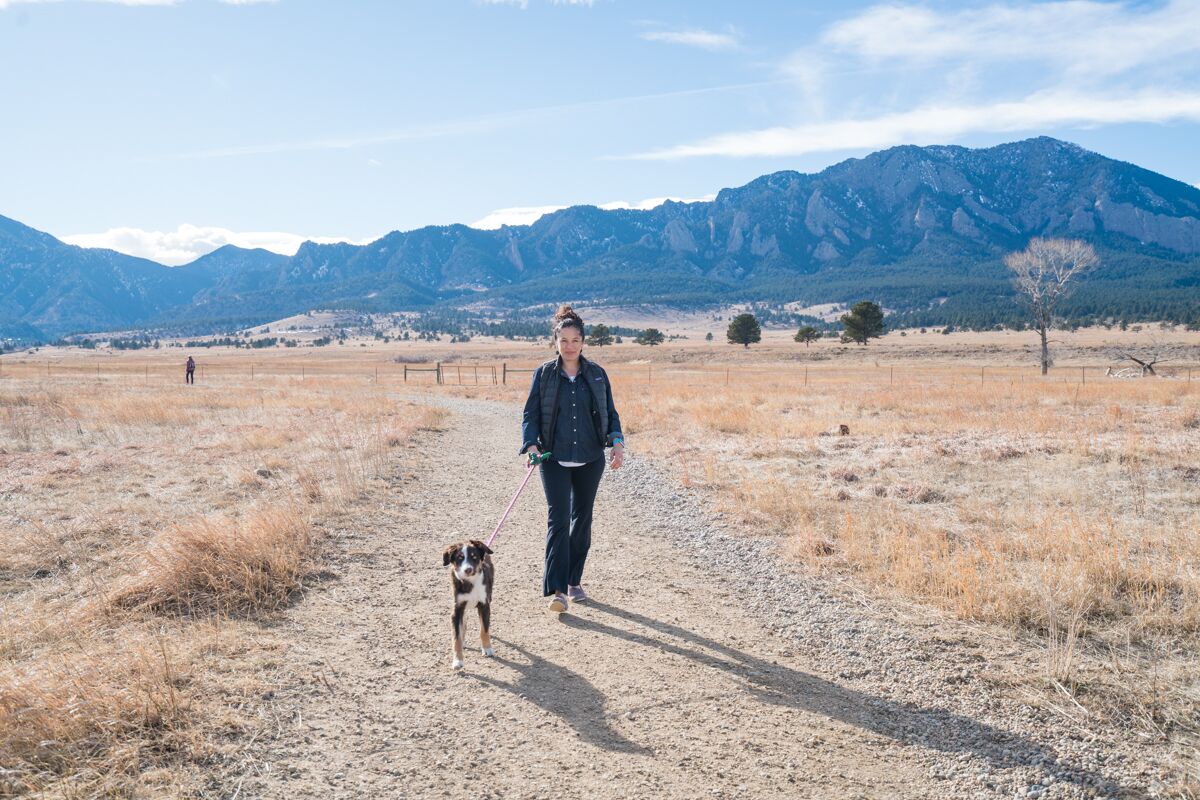 Zelikova uses her research with the University of Wyoming and the non-profit Center for Carbon Removal to try and find sustainable and cost-effective solutions for farmers across the Midwest. “It’s taking science data and information and applying it into a policy and business context to make these things really easy,” Zelikova said. She believes farmers want to do the right thing, they just can’t afford to.

Earlier snowmelt affects more than the avid skier. A dry winter means less water the rest of the year because the snow won’t be there to melt in the spring when farmers and ranchers need it the most. Most of Colorado’s water resources come from snowpack in the mountains and much of Denver channels its water from snow-fed reservoirs in the Western Slope. Even with the resources provided by Denver Water, earlier snowmelt could quickly become catastrophic. “What happens with snow impacts us on a very personal level,” said Zelikova.

It’s normal for levels of snow to change each year, with some seasons being more saturated than others. However, the decreasing levels in Colorado have been a trend since the eighties. Even so, Zelikova and her team are finding ways to globalize sustainable farming and ranchers like Freddy Botur are becoming increasingly popular across the United States. Zelikova said, “Every farm could do this, what do we need to do, what kind of policies do we need, how do we incentivize farmers to do this?”

With such an alarming level of opposition towards climate change across the country, Zelikova hopes her movie will continue to appeal to a diverse crowd, by sharing the stories of ordinary people who have a passion for curiosity and the environment.  “In the end, science is really just about curiosity and asking questions,” she said.

Zelikova also hopes to change the perception she feels most people have of scientists and connect with people beyond her research community — as the impacts of early snowmelt will be felt on a global scale. She concluded, “We’ve played it in some rural places in Wyoming where folks in the audience weren’t scientists, don’t care about the environment in the way that you and I do. It resonated with them because they could see themselves in the characters in the film.”

All Photographed by Meg O’Neill.