A popular form of entertainment and a staple of LGBT culture, drag has served as a platform for self-expression, satire, art, and, above all, performance. With the wild success of RuPaul’s Drag Race, drag queens have become a household name and, most recently, a part of our mainstream. Drag Queen Yvie Oddly proves Denver has no shortage of talented queens and offers insight into a world whose curtain is quickly disappearing. Beyond performance, Oddly tells us about her aesthetic, how she began her career and the perspective of being a black gay man.

303: How long have you been doing drag and how did you get started?

Yvie Oddly: I will have been doing drag for six years on Valentine’s Day. I did it in high school for a Halloween costume once, where my mom dressed up as a pimp and I dressed up as her dead hooker. I remember really enjoying that experience and the attention that came with it. When we had a student drag show at Auraria that was promising to have a RuPaul girl come and teach workshops, I said “I have to be there, I’m going to be so fabulous and she’s going to put me in touch with RuPaul,” which obviously didn’t happen but I realized that drag was something I was going to be good at. Being a skinny, young, twinky, black gay guy, I felt like nobody took me seriously before drag.

303: Tell me about your drag aesthetic.

YO: My aesthetic is shock. I love shock value and I find that the best way to shock people is by giving them something they haven’t seen before or something they haven’t seen from you before. So whatever I’m doing involves trying to be as dramatic as possible. I like to work with unconventional materials, basically anything I can find. Lately, that includes using trash bags and turning them into this really cool jellyfish material, I’ll work with zip ties a lot, already-chewed gum, anything that I think is going to make people drop their fucking jaw. I’m inspired by drama, by things that are over the top. 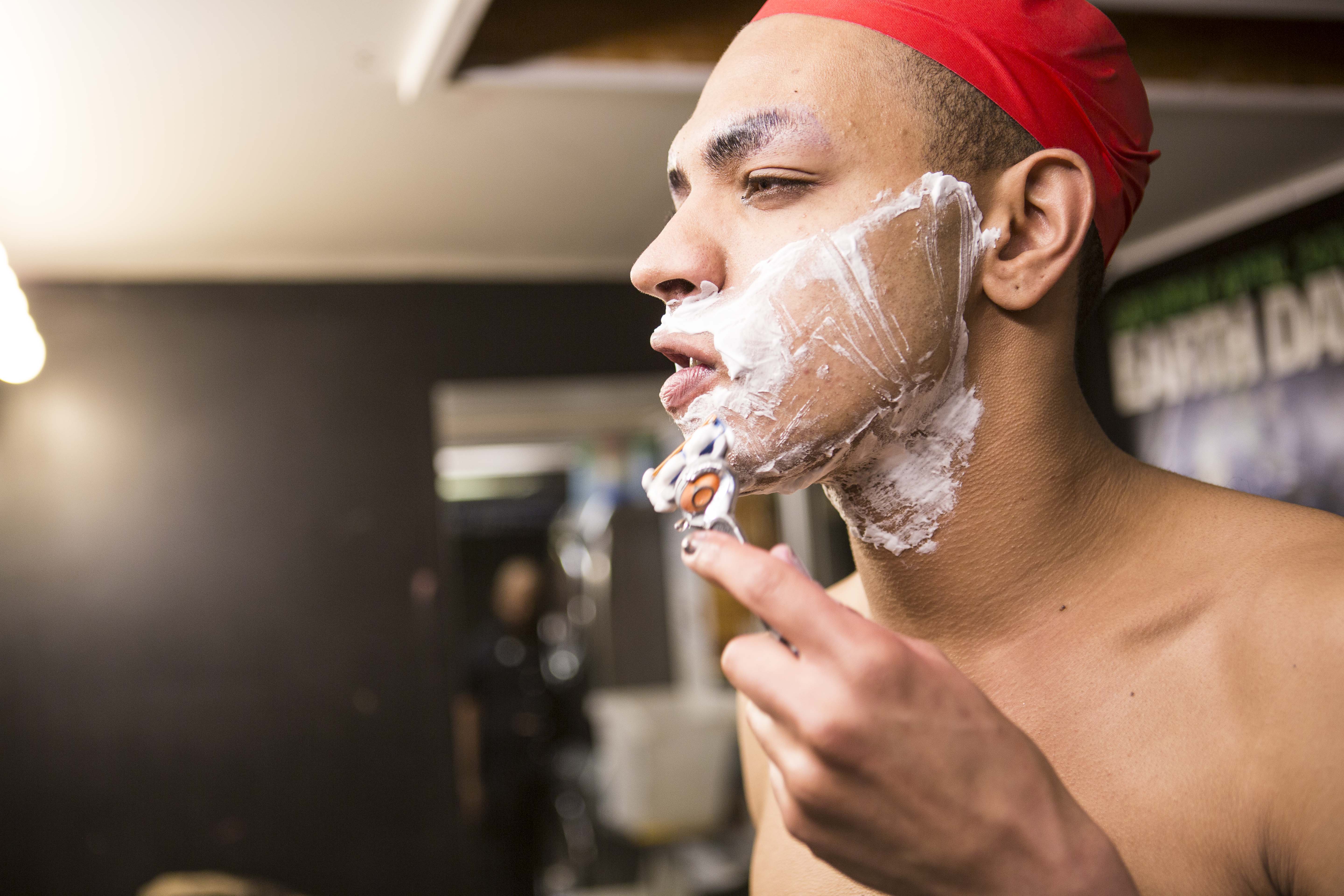 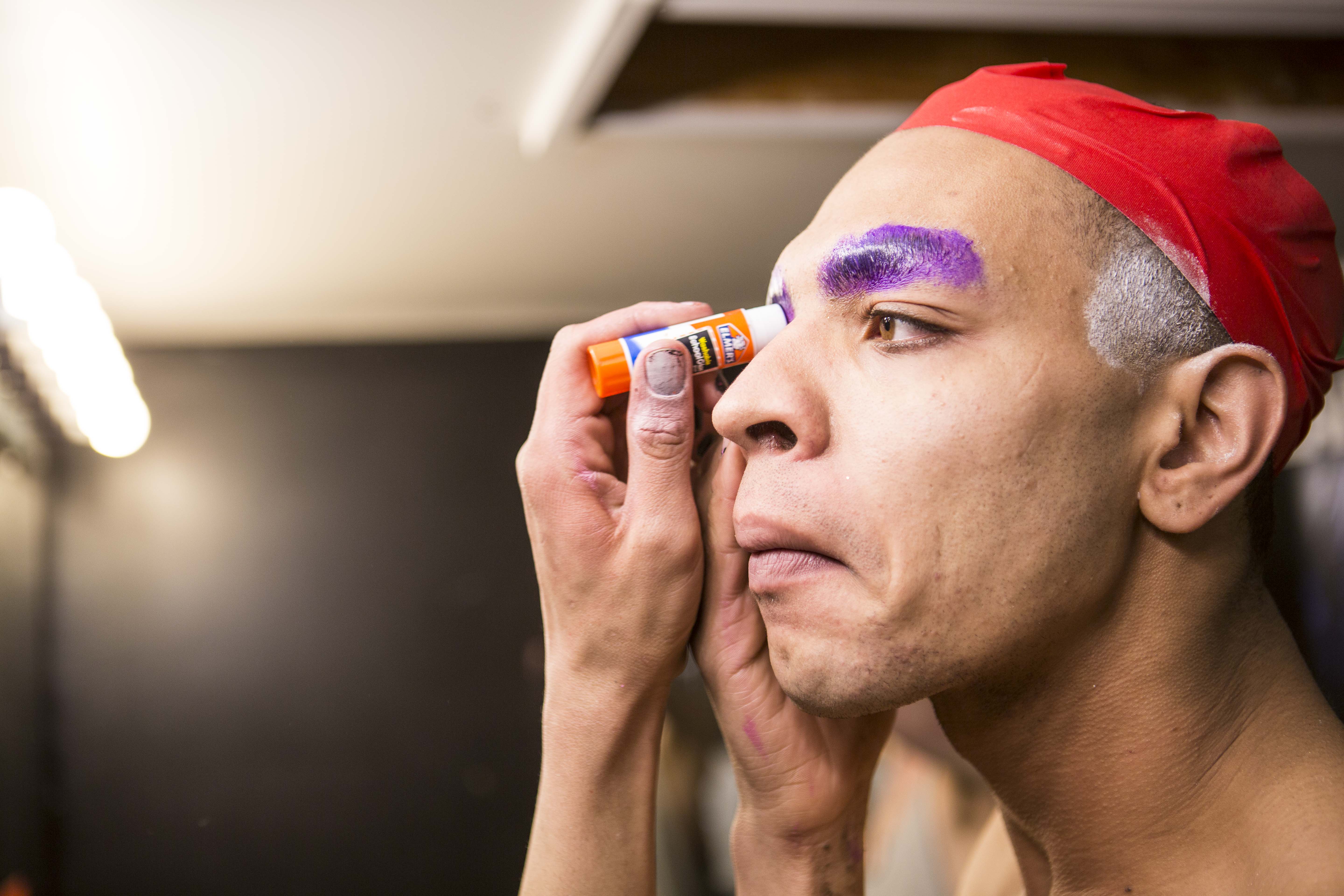 303: What’s your favorite thing to wear on stage?

YO: My birthday suit, by far, because it’s the most shocking thing you can do. I’m not a convincing woman when I’m all naked but the fact that I can blur the line enough to make people ask “but where did his penis go?” is the exact amount of shock I love.

303: If your closet was on fire and you could only save one thing, what would it be?

YO: Only one thing from my entire drag closet? Do you know how many things it takes to be a drag queen? I’d save this vintage floral, quilted jumper, it looks like a neon dress and I’ve worn it everywhere I’ve traveled for drag. I’d feel wrong if it had to stop its journey. 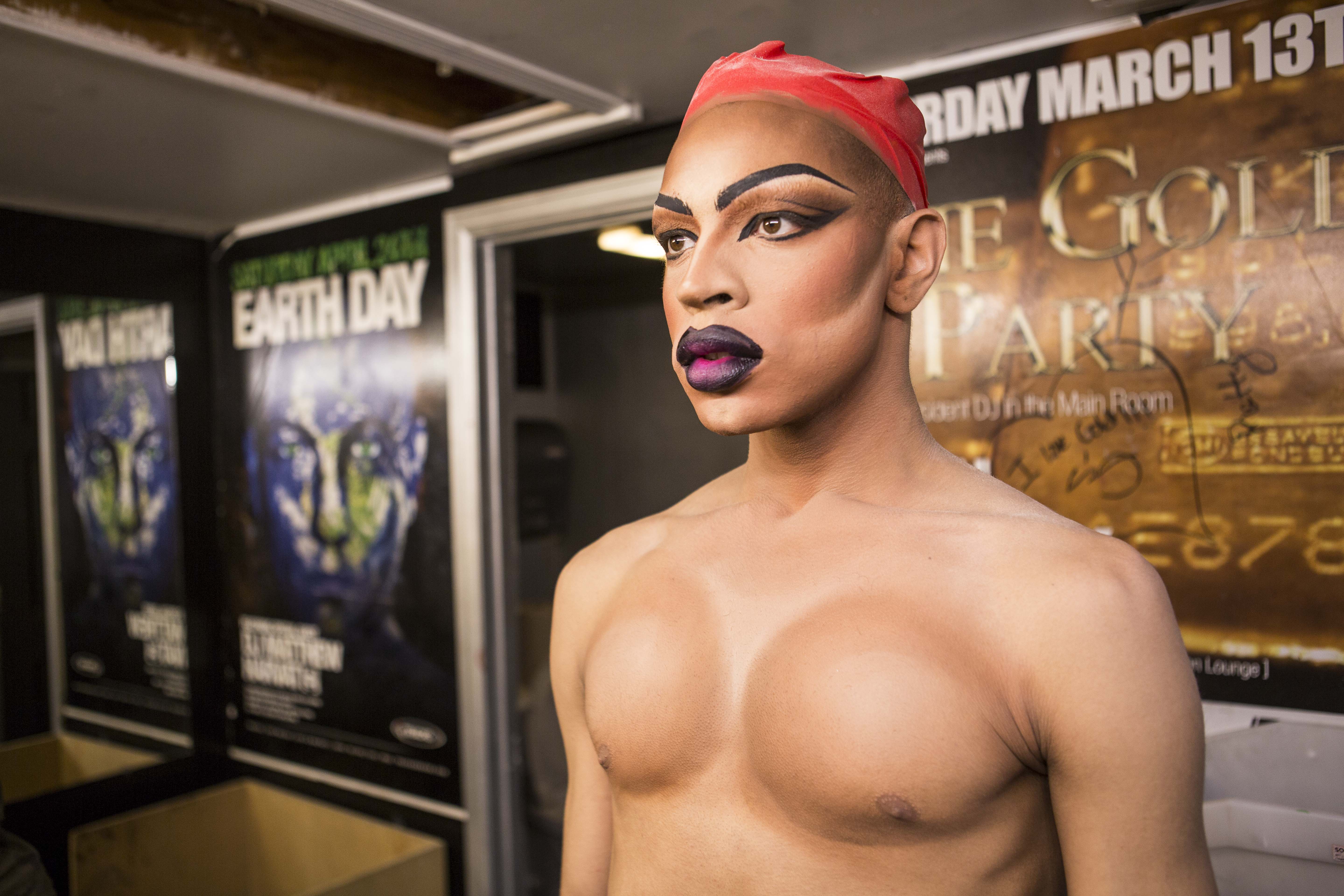 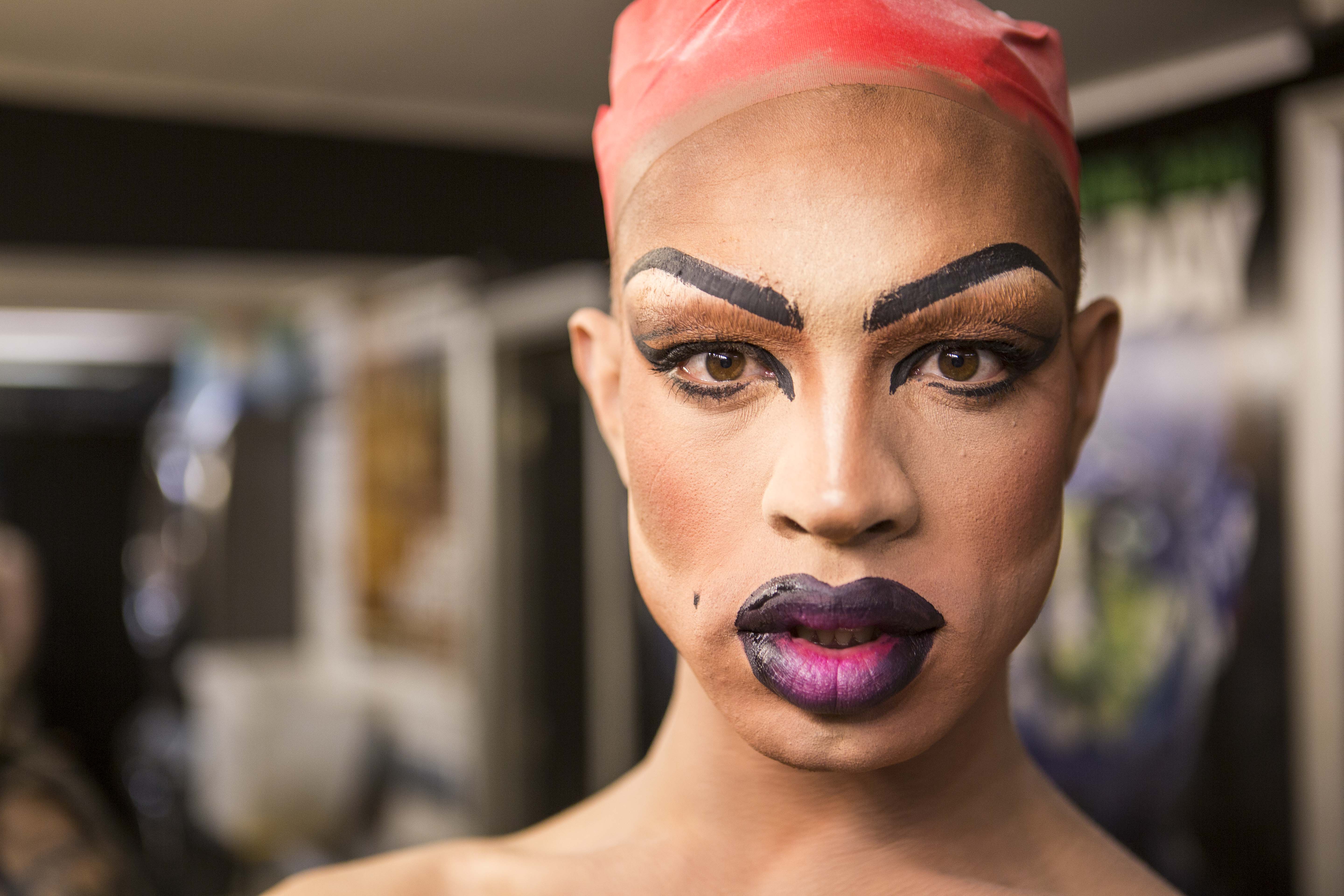 303: In December, you sported Blackface to represent being of color within the LGBT community. Can you tell me more about that?

YO: Growing up as person of color, a lot of times you’re already other, you see how average you aren’t. Average is represented in TV and movies, as white, blonde-haired, blue-eyed, Adonis perfection if you’re a man and skinny, curvy, hour-glass shape if you’re a woman. What’s really difficult is that, a lot of the times, when you come to term with your queerness you’re forced to sacrifice being a person of color because those communities and identities are still scarred from white supremacy and Christianity. Being a person of color can often feel like you don’t have a home. I’m not a “real” black guy because I don’t talk like a black guy, or walk like a black guy because I talk and walk like a fag and I choose to do so, so I had to sacrifice that identity for this one. You’d think making that choice would give everybody a home in this community but I still see the next-door neighbor racism, the polite “we had a black kid at our school and I listen to Nicki Minaj” but don’t have any black friends, never dated a black guy, and automatically go into negative stereotypes when they see black people on the streets. If you’re going to claim to be an ally, it takes shaking yourself up and realizing that you’re not perfect. In December, I had gotten such a racist response from someone on Grindr, but I was also pissed that I got so much support from some of my white friends online that in reality aren’t living what they speak by. That’s why I did blackface and that’s how I feel almost everytime in gay and queer spaces, it’s like I’m in blackface anyway. There were people that called me out online, and people are allowed to feel that way but you’re also not entitled to say what I can and can’t do with my identity, especially as a performance artist.

YO: Drag in Denver has come a long way. It’s a very dual place right now. We have the queens who basically originated drag here and set up the old system with the Imperial Court, but we also have the new wave of queens. We’ve also got the brown queens who go hard, pussypopping and throwing everything on the floor. And we also have what I’m going to refer as the gentrification of drag, young, white, 20-somethings who are painting their face like Trixie Mattel and telling Katya’s jokes because they’re the biggest representation we have. We have all these different identities and we’re still figuring how to combine all those lines. 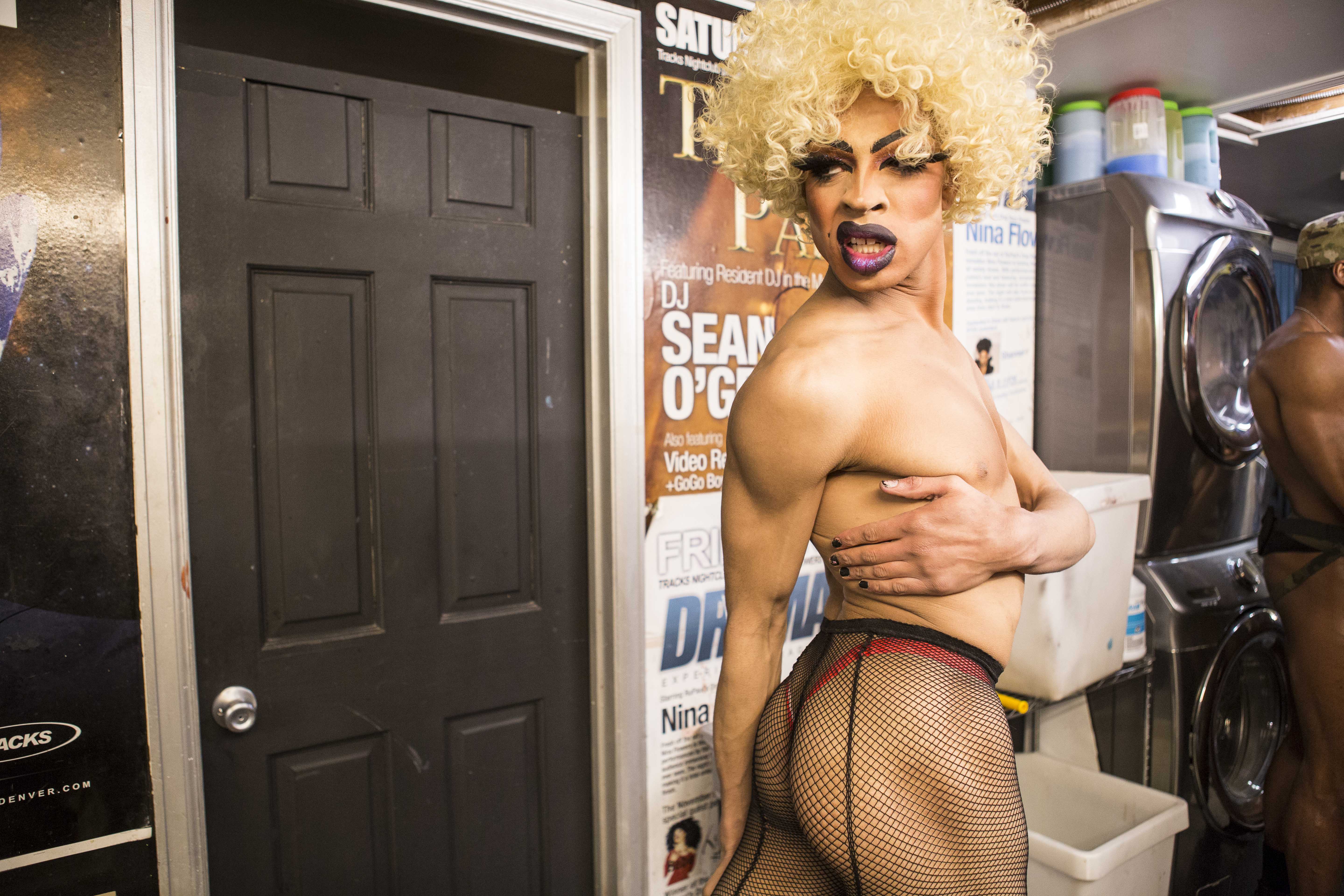 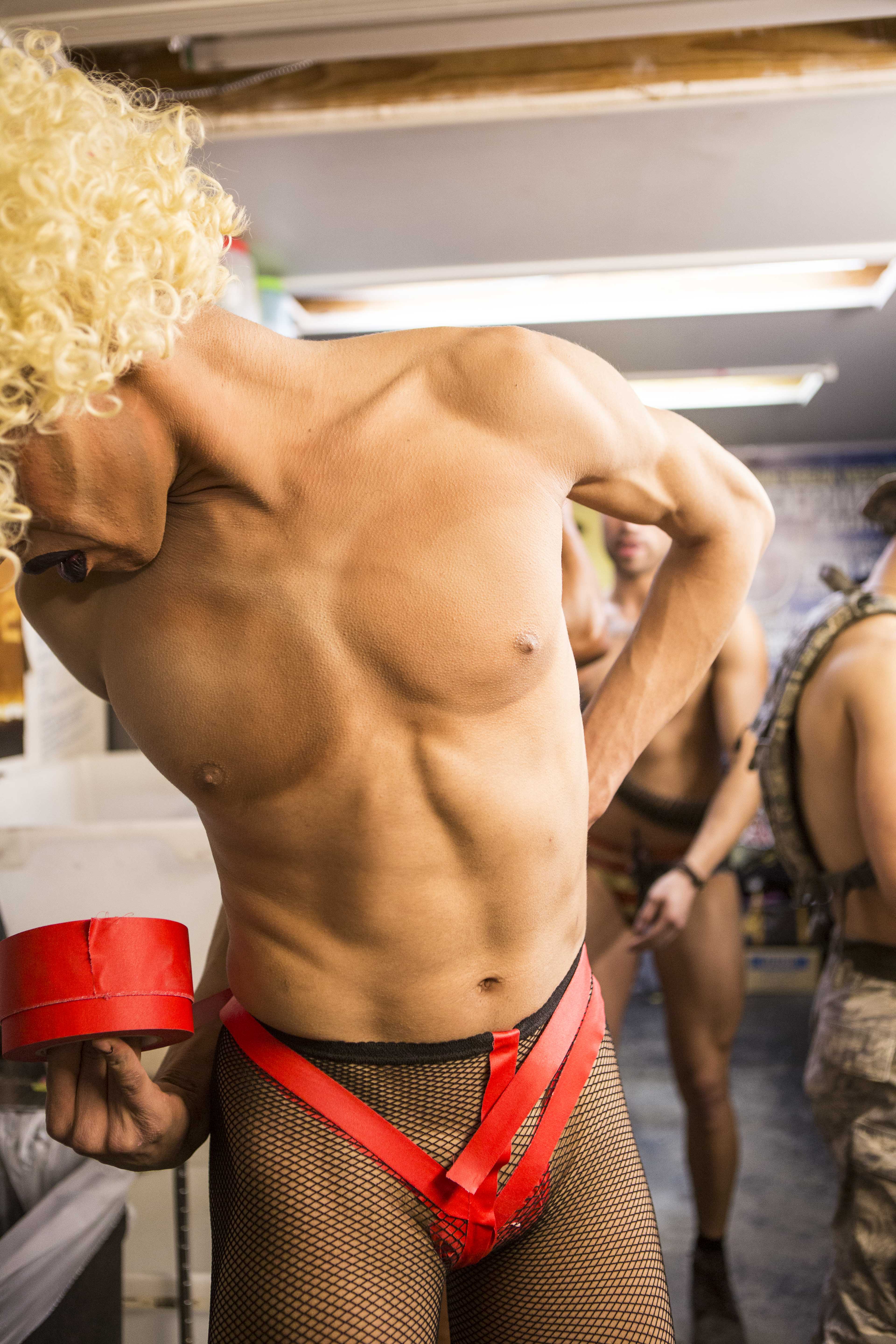 303: More recently, drag queens have become more mainstream. What do you think has attributed to that?

YO: RuPaul’s Drag Race is the most primary factor but also people just need drag. Drag is something very magical and it puts the power back in your hands, it gives you the ability to transform into whatever you want and when you realize you have that potential, it makes you feel like a God. A lot of people who, otherwise would have gone home with whatever ‘the man’ wants them to do, have fallen in love with drag because it’s a fun, whimsical way of saying “Isn’t it crazy to be a human? Isn’t it a big joke?”

303: Just for kicks, who do you think is going to win RuPaul’s Drag Race All Stars 3?

YO: Going in, I would have thought Trixie Mattel deserves it because she’s the biggest all-star of the current cast outside of the show but she’s running into the same issue she had on her season, where you know she’s so much better than what she’s putting out on the show. So right now, I would say Shangela might win.

YO: I have my own show The Odd Hour every third Thursday at Tracks Nightclub, as well as a new show debuting every first Saturday called Early Brunch, a satire on brunch.

303: Lastly, any advice for artists who want to pursue their passion, in drag or otherwise?

YO: Take yourself more seriously than anyone else is going to, don’t rely on anybody else’s approval. You’ve got this, and even when you don’t you have to say “Damn, bitch. That sucked but that’s okay because tomorrow is a new day.” 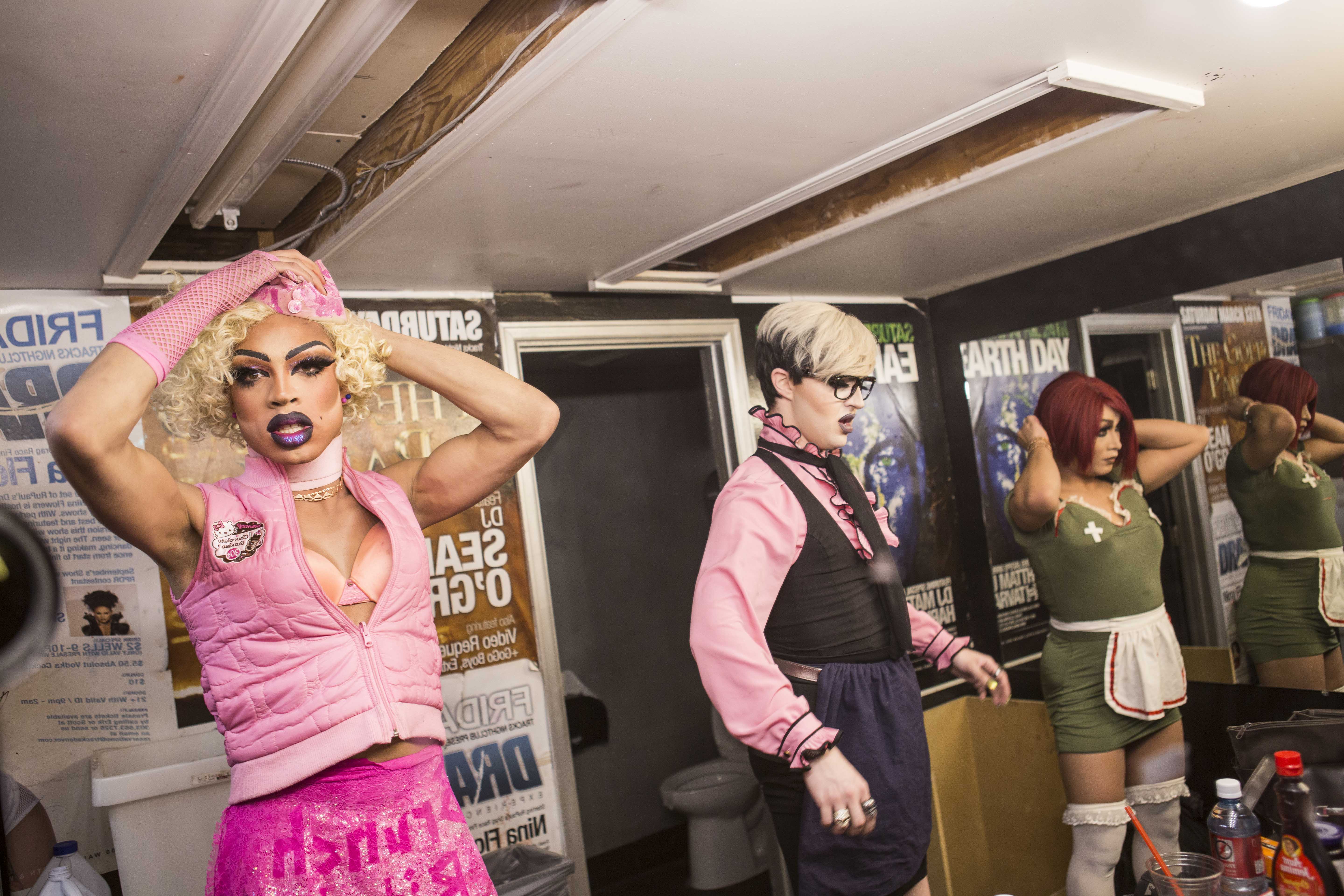 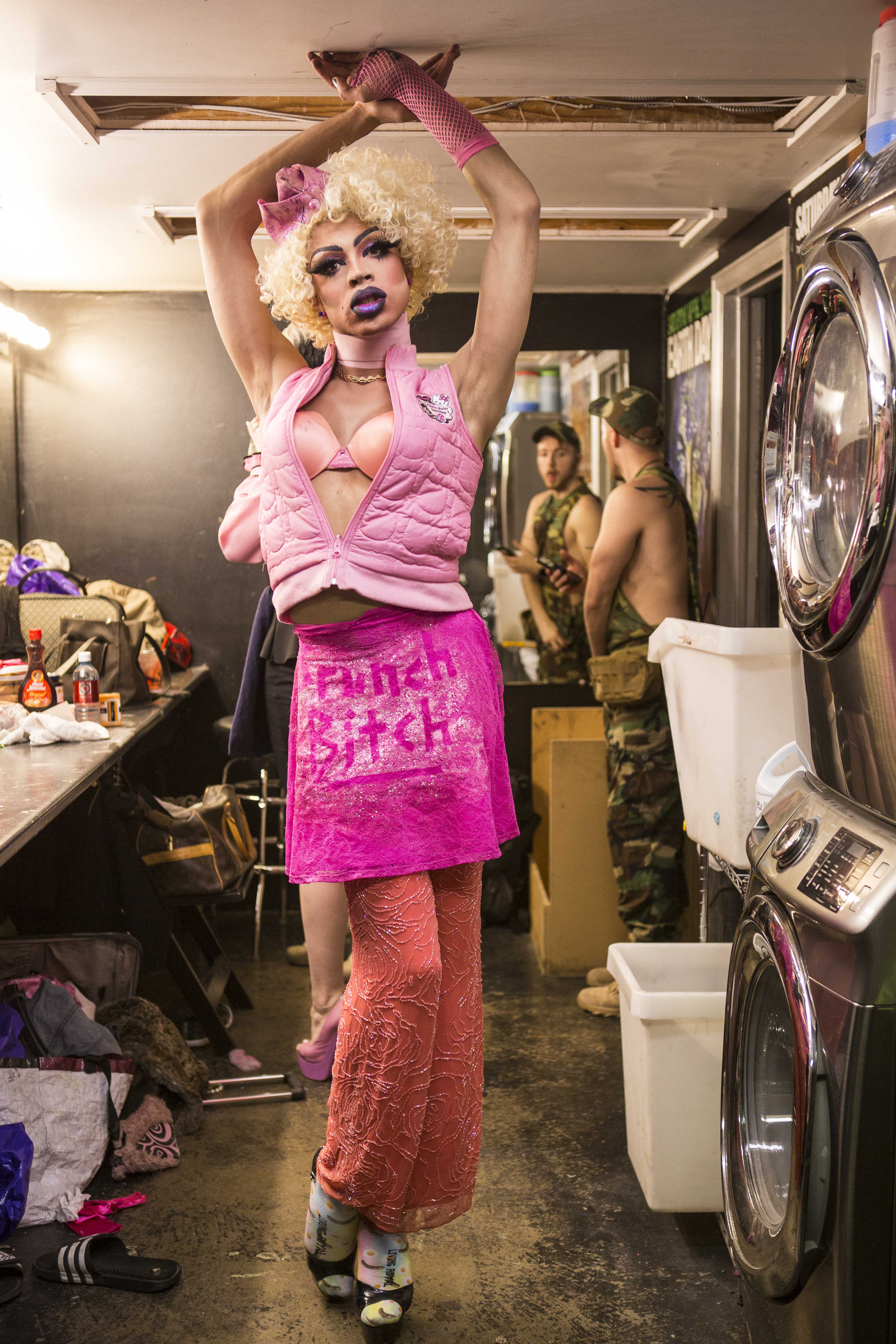