Review – Jauz Won the Night at Winter On The Rocks 2018

For the annual Winter on the Rocks Friday night, the gates to Red Rocks Amphitheatre opened to a sea of fans in onesie ski-suits — and though the show wasn’t sold out, the energy would have had you thinking otherwise. The crowd buzzed in anticipation of the two headliners, Rick Ross and EDM DJ Jauz. But by the end of the night, one headliner stole the show and had even the biggest rap fans turning to house music.

READ: Why You Need to Cross Winter on the Rocks off Your Bucket List

The night kicked off with a misplaced sentimental set that focused on body image, suicide and community love by 40-year-old Albino rapper Brother Ali. And while we Coloradan’s have a special place in our hearts for music that reaches past popping bottles and shaking ass, the crowd was not in the mood for Ali’s “We’re all just here to feel less alone,” heart to heart. None the less, all in attendance were grooving to Ali’s beats in an attempt to stay warm and keep the energy alive. And they did — when Jauz took the stage around 9:30 p.m. Red Rocks was ready to let loose. 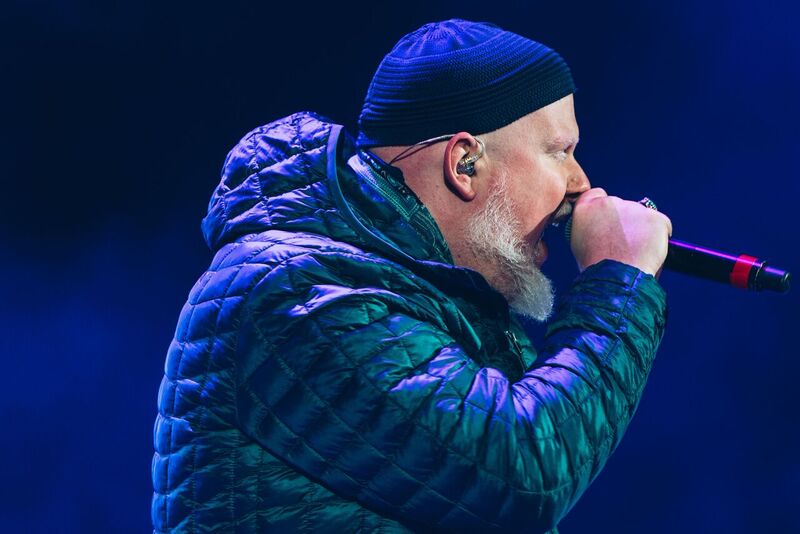 Los Angeles based DJ Jauz is known for his unique brand of dubstep-laced hard house and trap to Echo Beach. He masterfully takes hard-hitting chart-toppers like “Lean On,” “Bugatti” and “I’m in love with the coco” and remixes them into something that turns crowds upside down. Last night was no different. Jauz jumped on stage and with an accurate “how often do you get to play in the mountains in the fuckin’ winter,” and immediately began mixing. The 24-year-old flexed with chart-topper “Feel the Volume” and remixed crowd favorites “Tequila” and “Smells Like Teen Spirit” in chill trap, bass house and dubstep styles. By 10 p.m. Jauz had turned a cold and underwhelmed Winter on the Rocks into a Mile High mosh pit.

As the show continued the energy only increased. “How y’all feeling tonight?” he yelled into the audience and received a rock shaking “good” from a lively Red Rocks crowd. “I told you I had a surprise, how do you feel about hearing some funky jams with my buddy Big Gigantic?“ At which point one member of the instrumental electronic hip-hop and jazz duo showed up on stage, saxophone in hand. Big Gigantic is no stranger to Colorado, and Mile High music fans have been known to show up for their concerts in sold-out numbers. Friday Night at Winter on the Rocks was no different, following the unexpected appearance, the energy in the crowd went from high to astronomical. The set ended strong with a remix to Montrell Jordan’s 1995 chart-topper “This is How We Do It,” and while the crowd was not hyped to see him go, they were left with an energy worthy of a Winter on the Rocks. Unfortunately, the next headliner wasn’t able to sustain that buzz.

Following an overzealous introduction, Rick Ross took the stage with a big “what’s up Colorado I can smell that good weed,” before throwing down crowd favorite “I’m on one” followed by a few singles off his 2017 album Rather You Than Me. As the rapper continued, the crowd began to thin out, resulting in the occupation of just the first quarter of the amphitheater crowd. Toward the end of the show, in an attempt to get the people going, Ross threw on party favorite “All I Do Is Win” and beloved throwback “Ashton Martin Music,” which resulted in a slight increase in energy but it wasn’t enough to save the dwindling attention of a cold crowd.

The show came to a close with another round of “Smells Like Teen Spirit” as the rap boss made his unannounced, abrupt and outro free exit — leaving the crowd wondering “is that the finale or a teaser before the encore?” The question soon answered by the onset of Red Rocks’ “it’s time for you to leave,” music playing faintly in the background.

All photography by  Alden Bonecutter.