We are mere days away from greeting 2018, but one of the biggest questions plaguing the minds of Coloradans is what the forthcoming festival (often called a “super festival”) taking over Overland Golf Course will offer. To recap, the forthcoming festival hopes to bring in around 30,000 to 60,000 fans a day to the golf course over the span of three days, and will be headed by major artists as well as local stars, hence the “super festival” moniker. Since it officially got its green light in late July of this year, details have been sparse if anything as to who will play and what to expect on the entertainment front. As the formal announcement and lineup release draw nearer, these are some of our predictions for the festival. 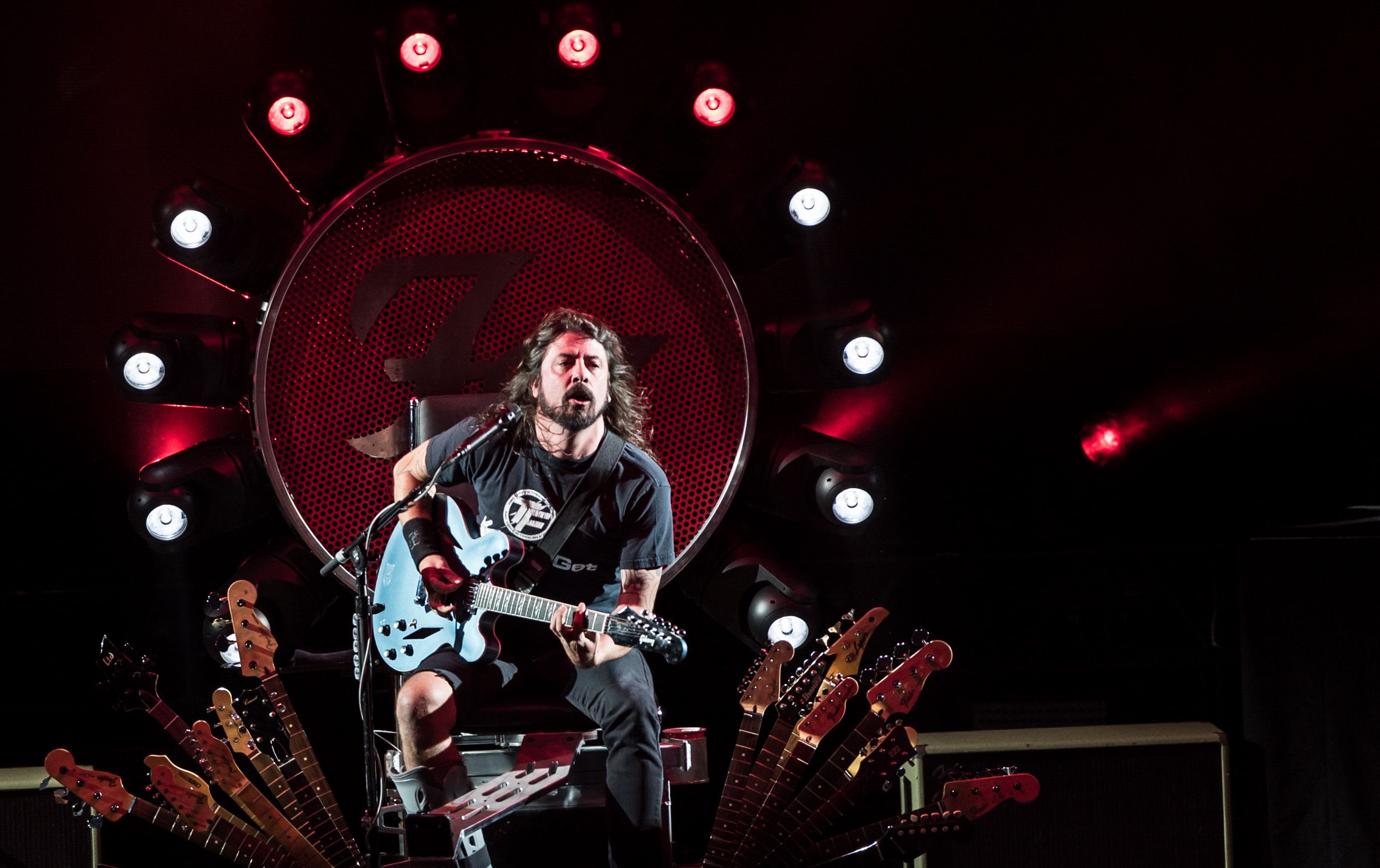 The Foo Fighters have toured the world over in 2017 in support of their new album Concrete and Gold, going so far as to include places many bands skip over like Casper, Wyoming and Billings, Montana. However, the band has been mysteriously absent from Colorado since 2015 when they brought a fan to tears at Fiddler’s Green. Even the band’s newly announced 2018 tour dates manage to avoid Colorado. But, the band has a suspicious opening in their tour schedule in late September (coincidentally the same time as this festival) which perfectly sets them up to headline and as a result, return to the Mile High City. Why couldn’t the opening be for Red Rocks you may ask? Well, the band has been performing stadiums and arenas on this tour, and heading to Red Rocks, which is about 10,000 less in capacity than other places they’ve played on this tour, would be a surprising choice. Likewise, a date at the Pepsi Center, while comparable in size to other venues they’ve played, should have been announced by now to keep in line with the on-sale dates of the other newly announced shows.  Furthermore, a performance at the forthcoming festival seems opportune. No word yet on who will open for them on the later dates of the tour, but it would be safe to assume whomever they are, they may end up on the lineup as well. 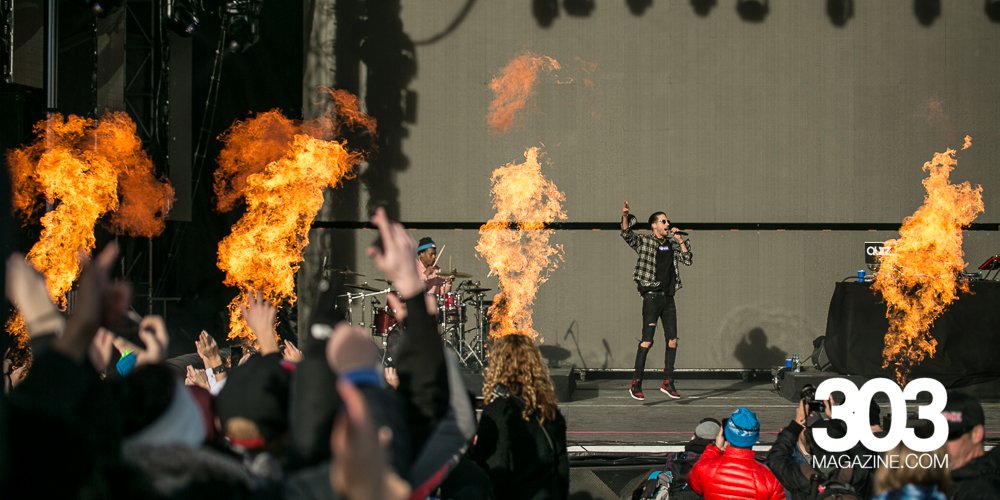 While it may still be too early to predict the undercard of the festival,  it is not too early to identify a couple frontrunners on the headliner front. The Killers, are playing the 1stBank Center in February, but it is an undersized venue given that their upcoming tour sees the band overwhelmingly playing venues the size of the Pepsi Center. Likewise, the band also headlined Superfly’s Lost Lake Festival in October, so sharing a headliner wouldn’t be out of the realm of possibility. Love them or hate them, but the Chainsmokers seem to be gearing up for a busy 2018 which is sure to include a multitude of festivals. The DJ duo haven’t performed in Denver since 2016, prior to the release of their debut album Memories…Do Not Open. While few US dates have been announced, it is possible that a Fall US run is on the horizon. Florence and the Machine, the Arctic Monkeys and Vampire Weekend are all indie darlings and festival favorites who are speculated to have forthcoming albums dropping in 2018. While Florence is the only one who has released a 2018 tour date, the rest are on track to follow suit. Both GRiZ and Bassnectar are massively popular acts in Colorado who could find themselves heading the bill out of Colorado’s sheer infatuation with them. Lastly, Gorillaz will continue touring into 2018 with the news that they will be releasing yet another album in the new year. Considering how fast their Red Rocks date sold out, the band would be welcomed back in Colorado with open arms.

While concrete dates haven’t been formally announced, it was mentioned in the press release that the festival will take place over the second or third week of September. Considering another huge festival, Life Is Beautiful in Las Vegas, that draws from a similar demographic and presumable artistic pool (based on what organizers are aiming for) is occurring the week of the 21, odds are Denver’s festival will occur during the week of the 15. This would consequently also force many Coloradans to choose between this forthcoming festival and the Telluride Blues and Brews Festival. 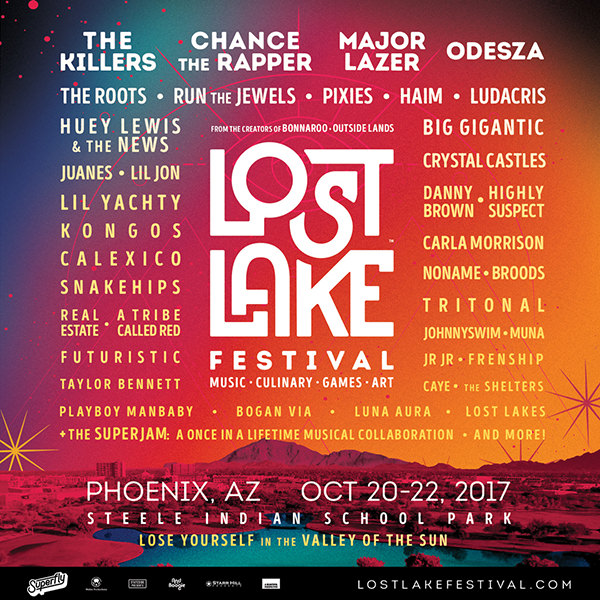 A staple of Superfly festivals is the inclusion of a SuperJam. These are once in a lifetime performances featuring a menagerie of performers both on and off the lineup coming together to simply jam. These performances are known to feature new songs, improvisations and covers. Both Bonnaroo and Lost Lakes, two of Superfly’s festivals feature them, and when one considers Colorado’s ingrained jam culture, this feature seems to be a given. On the flip side, Superfly is very adept at curtailing their lineups to fit in with the tastes of the demographics they are serving. For Lost Lake Festival, the inclusion of Latin bands relative to the Phoenix, Arizona demographic was taken into consideration, as well as with Bonnaroo in the inclusion of bluegrass and folk musicians relative to tastes of Nashville. For Denver, expect a healthy inclusion of jam and electronica (a la Pretty Lights and STS9) as well as folk music in the vein of The Lumineers.

After Shows and Late Nights

While many of these won’t be announced until long after the lineup drops, expect some of the lineup to make their way into Denver venues for after shows and late night parties. Considering the prospective 10 p.m. cut off for the festival as detailed in the pre-contract negotiations and the sheer amount of venues in Denver that can accommodate the talent, having after shows to keep the party going is a no-brainer. Time will tell who will play them, but rest assured it’ll ease some of the conflicts that will occur when the festival set times inevitably drop. 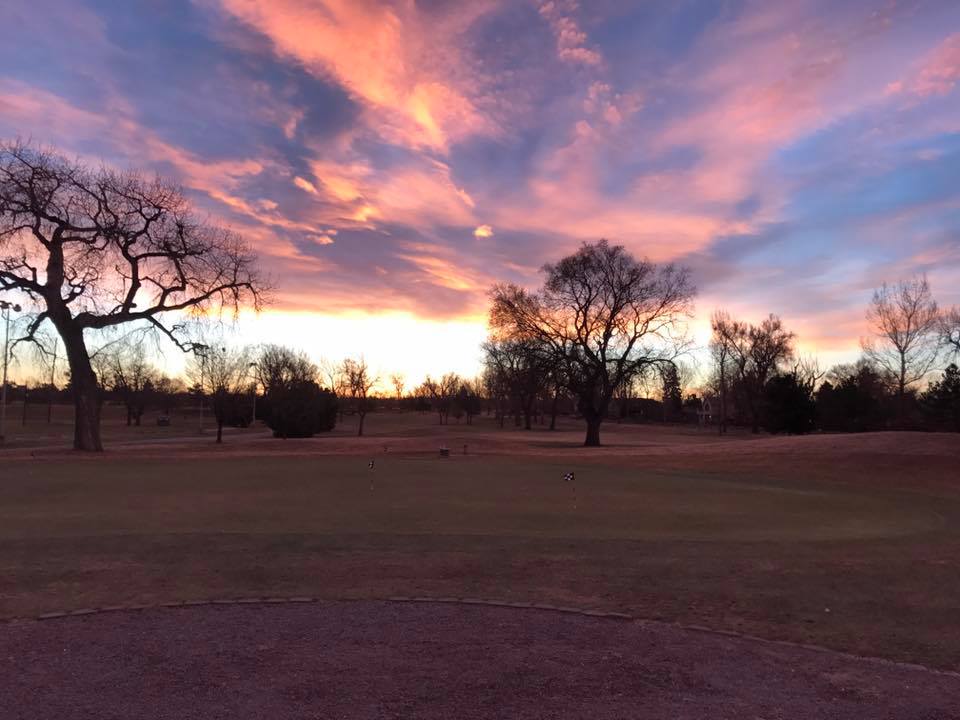 With the congestion of Santa Fe and the lack of large-scale parking near the Overland Golf Course, it makes it quite apparent that guests will have to be shuttled in. Granted, this point is less of a speculation and more of a guarantee, we predict shuttles much like the Bus2Show for Red Rocks doing much of the groundwork, while dedicated Lyft and Uber sites will also be of aid. However, with a light rail station in such close proximity, we predict this will without a doubt be the easiest way in and out of the festival grounds.

Don’t expect a formal announcement of the festival until February at the earliest. Lost Lakes Festival, Superfly’s most recent festival was announced this past March for an October iteration. The lineup for the festival was not announced until April. However, more artists will be releasing tour dates into the new year, allowing more time for good speculation as to who could end up on the lineup.