Review – Cut Copy Showed The Ogden How to Get Down

Entering the Ogden Theatre in anticipation of Cut Copy’s headlining performance Wednesday night, we were greeted to a rare sight. Gone were the mobs of people clogging up vacant space rather, people were spread throughout the theater, ensuring they had room for the sure-fire dance party that was soon to come. Some trickled in wearing fully sequined outfits chosen specifically to reflect the lights from the stage. Others, arrived fresh off the streets choosing a diversion from their regular Wednesday night programming. Regardless of how they came, everyone in attendance came ready to get down with a band from down under. 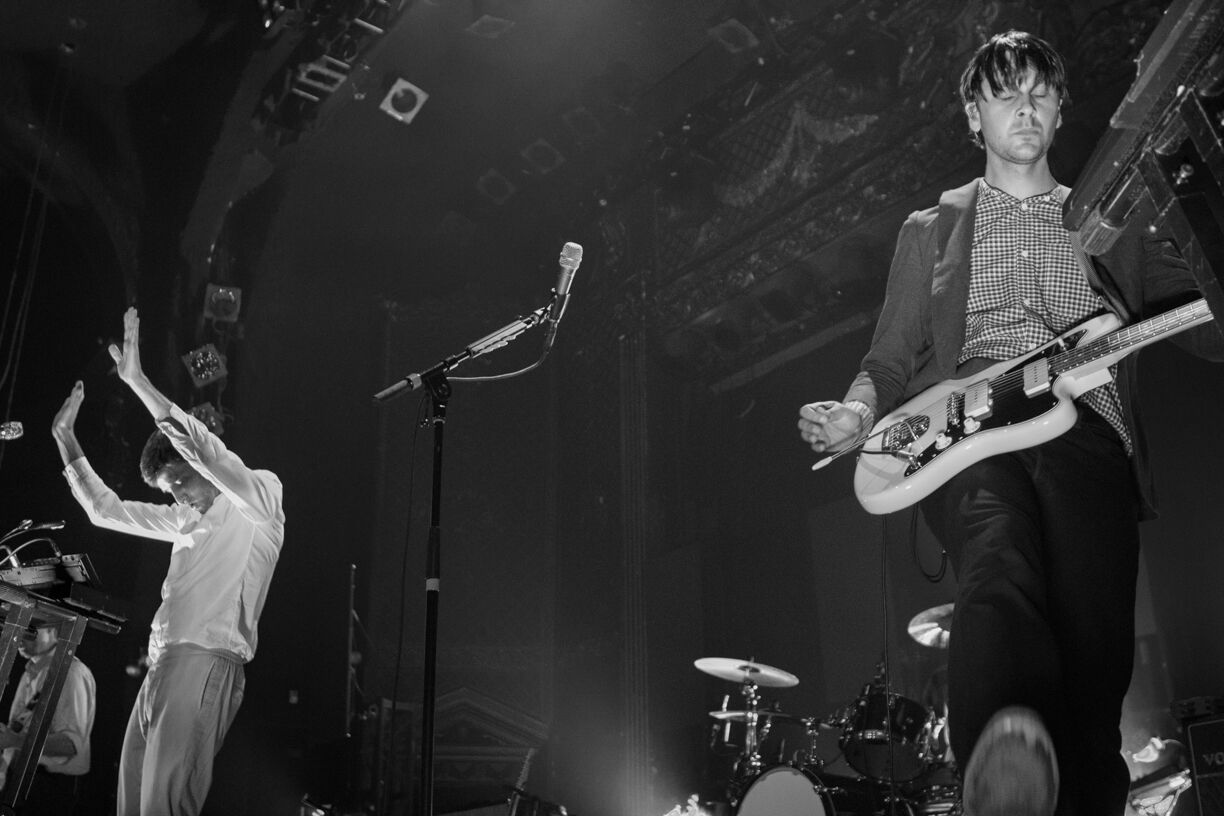 Opening the show for the dedicated few who arrived early was the ghostly Palmbomen II. Donning an all-white ensemble and throwing back his straggly hair, Palmbomen II, surged through clubby yet minimal synth-wave tracks with razor sharp focus. Paying little mind to the slowly growing crowd, Palmbomen II blazed through his set, letting the music speak for him. Contrary to Cut Copy, Palmbomen II thrived in dark and brooding soundscapes, relishing in the synth blips that would pierce the arcane atmosphere. While much could have been done to acknowledge the audience at some point during the performance, it was understandable, as he was in his own world and it was very apparent we were just visiting. 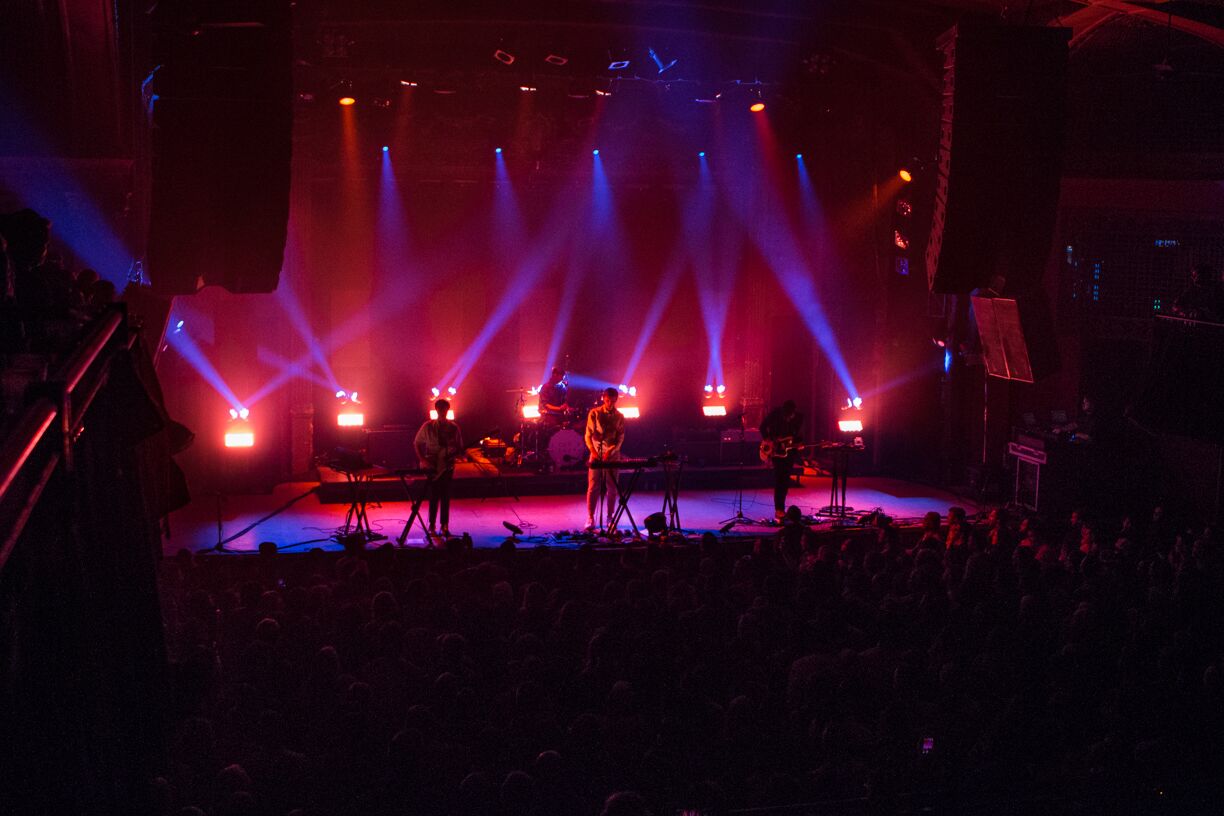 Following the departure of Palmbomen II, the theater began to fill up, but miraculously maintain the space for those itching to get loose. With the brief interlude out of the way, Cut Copy cut to the chase opening the show with “Need You Now,” as bodies began modestly shuffling from side to side. Over the next hour, our bodies were thrust into the relentless discothèque — riding the slick bass lines and breaking our composure to the beat. Being nothing short of a funkadelic experience, Cut Copy were positively charged-up shifting from jam to jam.

There’s something to be said for how well the Australian group craft such effortlessly funky songs, and another for how disarming they appear recreating them live. Between lead singer Dan Whitford’s awkward hand motions coinciding with his singing to the rest of the band’s steadfast approach to performing such danceable songs, the combination could have been disastrous. However, by some stroke of luck (and genius for that matter) the band not only pass with indie-funk sound, they excel. Whitford commanded the audience waving his arm while begging us to do the same as the group performed crowd favorite “Hearts on Fire.” Songs like “Counting Down” and “Where I’m Going” were treated as grandiose call and responses with the band directing the shots. By and large, when the band was in their element they didn’t funk around. 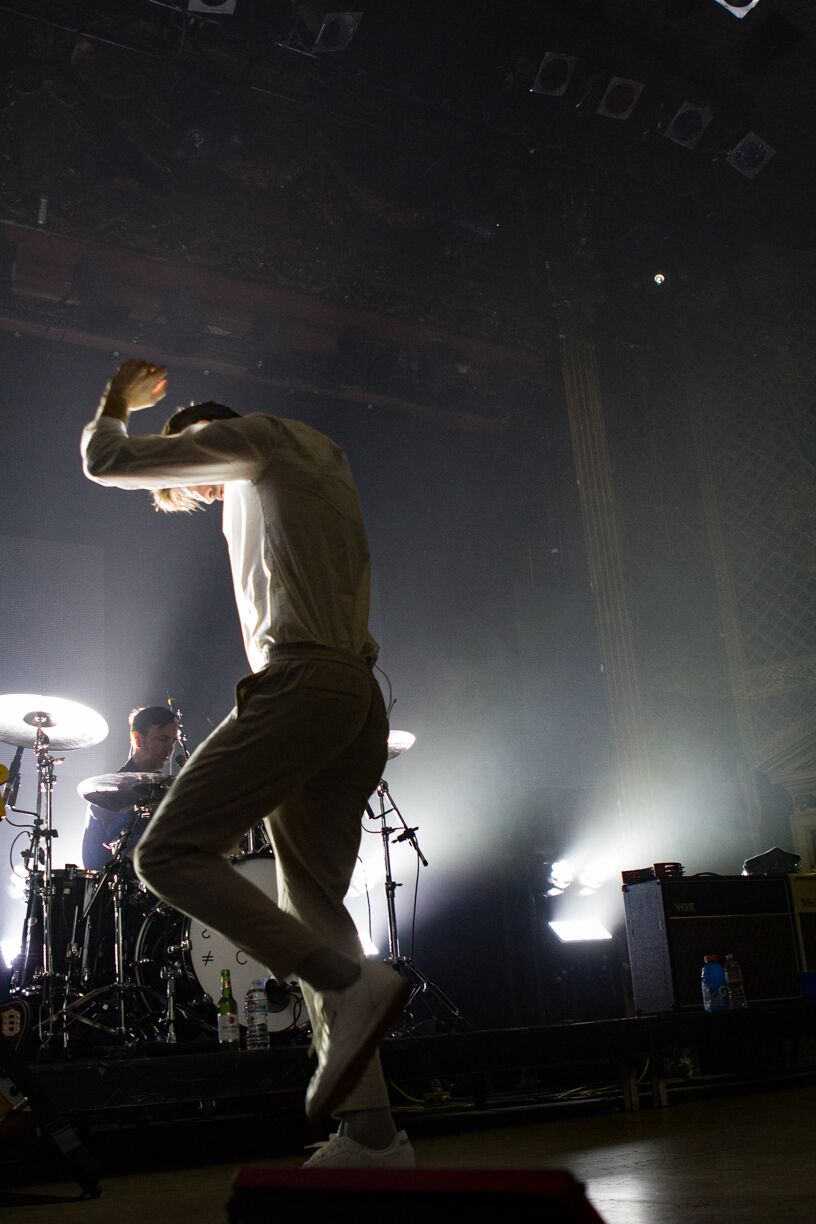 Taking a look around, the once rather empty theater overflowed with bodies dancing and showing no signs of stopping. The pulsating rhythm emanating from Cut Copy seemed to bring people out of the woodwork and onto the floorboards. People had come out to get down, and when it was over, we couldn’t let up.

All photography by Kenneth Coles