Toy Story 2, Finding Nemo, A Bug’s Life, Wall-E — you’ve heard of them, right? Boulder-raised Danielle Feinberg has been behind the scenes on each one and more, in the photography and lighting department. With Pixar’s newest film Coco — in theaters November 22 — Feinberg’s role as director of photography in lighting put her in charge of dealing with millions of lights in each scene through digital programming— and a little trial and error. Each Pixar film is more visually impressive than the last, and according to the trailer and film stills, Coco surpasses every other Pixar film in the looks department.

“When the audience first sees the Land of the Dead, that shot has seven million lights in it,” Feinberg commented, “we would have never been able to do that a few years ago. It was an incredible challenge, but when we finally saw it we were very happy with what we did.”

Set entirely in Mexico, Coco’s narrative is split between the regular world and the Land of the Dead— a place inspired by the traditions and beliefs of Dia de los Muertos. The Land of the Dead is where Feinberg and her team’s talents shine— pun intended. As a fantasy dimension, the Land of the Dead needed an appearance unlike anything we’ve seen in our world, which meant that Feinberg was allowed even more freedom than she’s used to.

“Lighting in live action and animation have a lot of shared traits, except we’re doing ours inside a computer. The principles of composition are the same, it’s just how we execute it. We are not beholden to the laws of physics, or electricity needs, which allows us to optimize lighting in every scene,” she said. 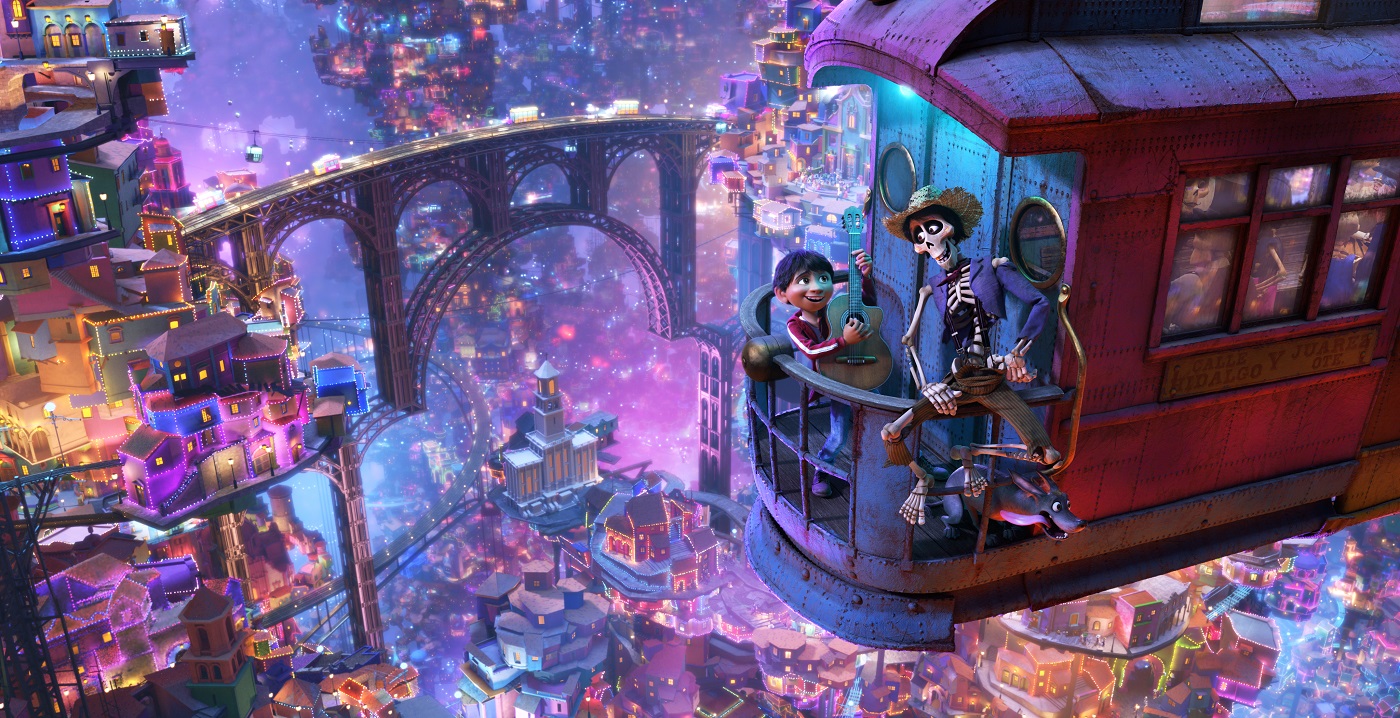 Feinberg started her journey (unknowingly) toward Pixar in elementary school in Boulder, when one of the student’s fathers offered an after-school coding class. At that time, coding and programming were not widespread trades and the generous act from the nerdy dad set her on a path toward a job she couldn’t even dream of. During her formative high school years, she attended summer camps and after-school programs in STEM (Science, Technology, Engineering, Mathematics) subjects. Feinberg received her B.A from Harvard in 1996 in computer animation and landed a job at Pixar the very next year. Her first role at the company was strictly as a technical problem solver, helping to render images and managing libraries of data. But after showing her artistic and technical potential in her first visual assignments on A Bug’s Life, the company invested in her career as a photography lighter. Now she’s the head of the department.

“I can’t speak for any other studios, but I think Pixar prioritizes story over everything— including money. If there’s a story choice we are doing late in the game that cuts sequences that have already been lit, they’ll do it. I think that’s a pretty rare thing. Pixar really cares about the employees. You have people who are brilliant and creative and they feel supported, which lends its way to much greater inspiration too,” she said.

Some of the scenes Feinberg is responsible for lighting up in past Pixar movies include the jellyfish trap (and all ocean lighting graphics) in Finding Nemo, and the dystopian vistas in Wall-E. She’s been the head of photography for lighting in Wall-E, Brave and now Coco, and worked in other roles like computer graphics supervisor and master lighting artist for Toy Story 2, Monsters, Inc, Finding Nemo, The Incredibles, Ratatouille, and Inside Out. With her combination of artistic vision and technical expertise, Feinberg not only represents Colorado creatives, she shines (millions of lights) on the fact that women can code and create computer animation like the best of them. There’s still plenty of room for her roles at Pixar to grow, too.

“If you think about it, computer animation is a pretty young field. From the time I started to now we can do things we didn’t even dream of back then. I think we could render Toy Story in like five minutes now. The computers get faster, the technology advances at an amazing rate, and so in 10 years the movies will look totally different,” she said.

Now that you know someone is in charge of each ray of light, each sunbeam, each glint in a character’s eye, and all those sunsets and sunrises in every Pixar film, we bet you’ll go back and be awed by the sheer amount of work it must take, and the stunning results.