Everything We Know About LoDo’s Dairy Block So Far

The Dairy Block — Denver’s newest micro-development of shops, restaurants and tenants — plans to cover 66,000 square feet of LoDo in early 2018, and we’re getting announcements of new tenants every single month.

“Dairy Block is going to be one of downtown Denver’s hottest new destinations for eating, drinking and shopping,” said Chad McWhinney — the CEO of the Dairy Block’s real estate partner McWHINNEY. “We’re looking forward to continuing to share the other exciting retailers and restaurants who will be joining the Dairy Block family soon.”

In March, we introduced you to Poka Lola and Kachina — two of The Dairy Block’s first tenants inside Sage Hospitality’s Maven Hotel.

Since then, the Dairy Block has welcomed a six-story office tower with co-working space, but most other announcements are ones pointing to the future. So far, the mixed-use restaurant and retail space will host Huckleberry Roasters, The Perfect Petal flower shop, Seven Grand whiskey bar and Roost — a permanent retail space from the founder of the Denver Flea pop-up shops.

In late September, Denver Chef Frank Bonanno announced plans to open Milk Market on the ground floor at 18th and Wazee. This 15,000-square foot food hall will feature 15 restaurants and bars all operated by his company Bonanno Concepts — the group behind Denver restaurants like French 75, Bones, Mizuna and more. 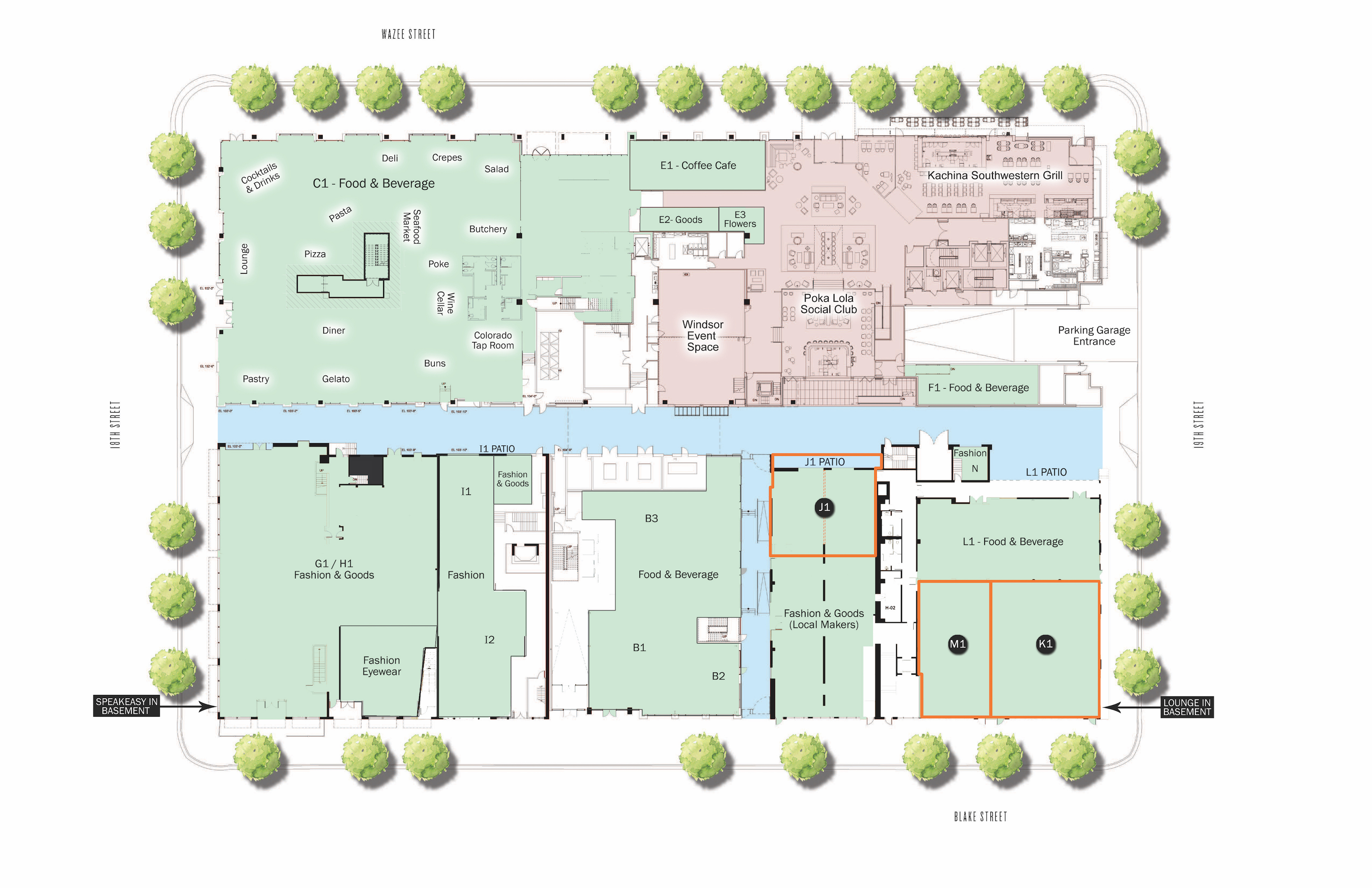 Rendering courtesy of the Dairy Block

Bonanno will also open Engine Room Pizza in another section of the Dairy Block, which will serve pizza by the slice.

Named after the former occupant of the space — Windsor Dairy — the Dairy Block will also include a pedestrian-only strip from 18th and 19th between Blake and Wazee Streets from called “The Alley.” One of its first announced tenants is Mr.Pink — an underground lounge with live music every night.

Stay tuned for more from the Dairy Block, as we will be updating this piece as more information arises.