Review – Tove Lo Capitalized On Sex Appeal At The Ogden

Wednesday night at the Ogden Theatre felt like a “Vagina Libre” rally similar to something of that from the Free the Nipple campaign. Tove Lo shook her ass, sung her heart out, and, of course, flashed the crowd her breasts several times. Her symbol of a vagina pendant hung up behind the stage throughout her performance (she has the same symbol tattooed on her arm, which she got earlier this year).

A few minutes after 9 p.m., Tove Lo galloped onto the stage at the Ogden Theatre in Denver. The Swedish-born artist immediately started singing “True Disaster” off of her newest album Lady Wood (2016), waiting until after the song was over to greet her Denver fans. “Denver! What’s up?!,” she yelled to the crowd, already knowing the inevitable scream-response. The vibe was frisky and fun – Tove Lo wore flowy black pants that looked as if they could come off at any second, teasing the audience from the beginning. She belted out, “With mistakes and a unlearned lessons yeah, you give me wood, give me lady wood, dirty on the inside, damaged goods with nothing but pride yeah, you give me wood.” If her sexual frustration wasn’t obvious enough through her song lyrics, she clutched her crotch for the last 30 seconds of almost every song, making her Lady Wood painfully obvious.

“… She can be vulnerable. This is best shown, not through her physical nakedness but her emotional exposure.” 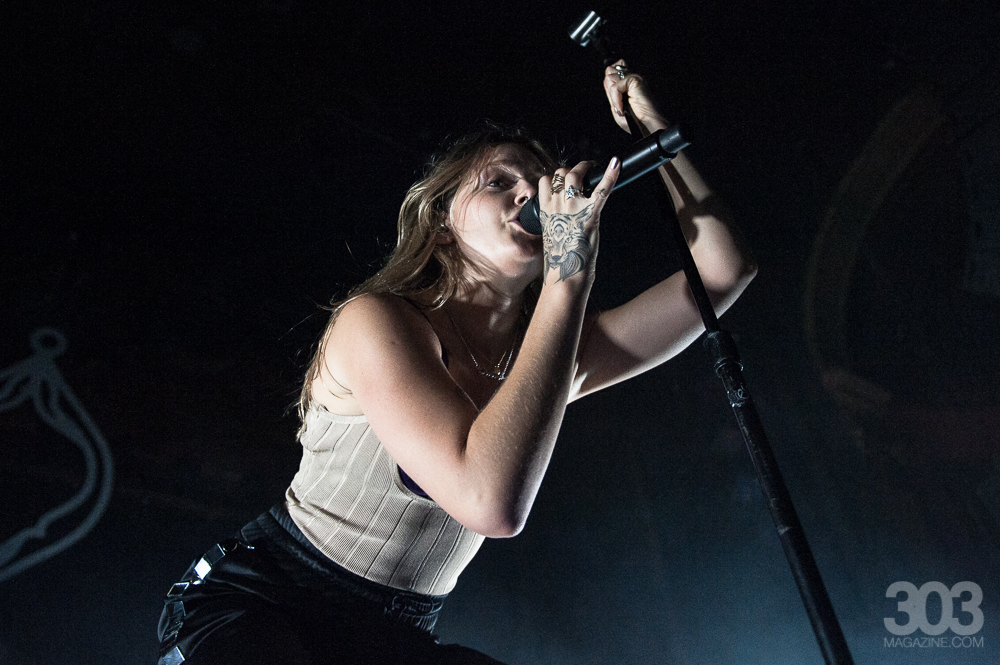 Tove Lo at The Ogden Theatre.

It was clear that Tove Lo has a strong adoration of her female body part, and the crowd was loving it, too. But by the end of the night, Tove Lo’s (born Ebba Tove Elsa Nilsson) reliance upon her sexuality felt calculated and forced. Obviously, this dependency upon sex appeal is nothing new for musicians, but for Tove Lo, she stepped outside the norm for pop artists by flashing her naked boobs. Rather than it being a feminist battle cry, it felt as if she was, well, using the imagery to her advantage mainly because she does it nearly every show. It’s her prerogative to get naked on stage but when it’s known that an artist will flash her boobs before walking into a show, it comes off as a premeditated stunt and loses its effect. In regards to her crotch-grabbing, it’s good that she’s taking back the “lady-hard-on,” but there comes a point when it overshadows the performance. Overall, her motives for her overt sexuality are laid in good intentions, but it often came off as a distraction and crowd-pleasing tactic than a statement.

To be fair, Tove Lo’s has some talent and more importantly, she can be vulnerable. This is best shown, not through her physical nakedness but her emotional exposure. “I’m going to try to play one of my own songs for you now,” she said as she set up her keyboard center-stage. “It’s a rare occurrence… Never listen to the idiots who tell you to give up. That’s bullshit. This song is about believing in yourself. It’s called ‘Imaginary Friend.'” 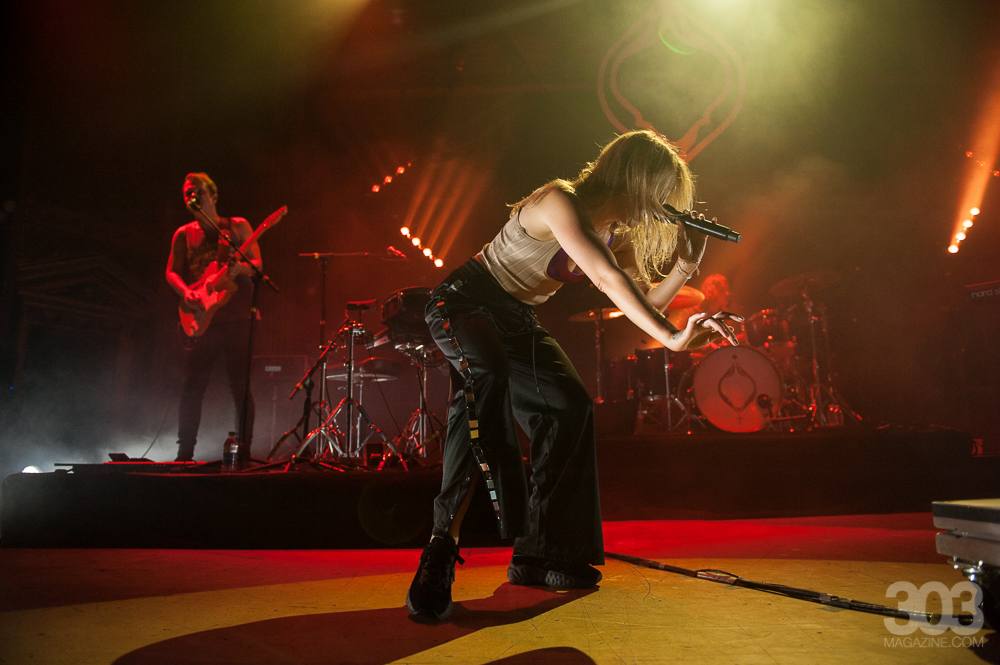 She played almost every song off of Lady Wood, as well as many songs from her freshman album Queen Of The Clouds, and the song that got her famous, “Habits (Stay High).” In between songs, Tove Lo spent a mysteriously long amount of time backstage. She would blow an air-kiss to the audience, then vanish for a few minutes — which gave her band time for some great jam sessions — and then she would return with no explanation.

Something that never wavered was her sincerity and love for the audience. Tove Lo showered the audience with compliments and praise. “Thank you. You’re beautiful,” she said once after a song. Then after she played “Influence,” and told the Ogden, “This is the best night I’ve had so far on this tour, so thank you.” A lot of her lyrics are about imperfection — “I’m not the prettiest you’ve ever seen,” her lyrics from “Moments” read, which is something everyone can probably relate to.

Towards the end of the show, she played her hit “Talking Body” and slowly dropped her top for the audience to see (they cheered, obviously). She then played “Keep it Simple,” and her new hit single “Disco Tits,” but not before asking the crowd if they wanted to dance their feelings out while she violently grabbed her crotch. “I’m sweatin’ from head to toe, I’m wet through all my clothes, I’m fully charged, nipples are hard, Ready to go,” she sang the chorus of “Disco Tits.” 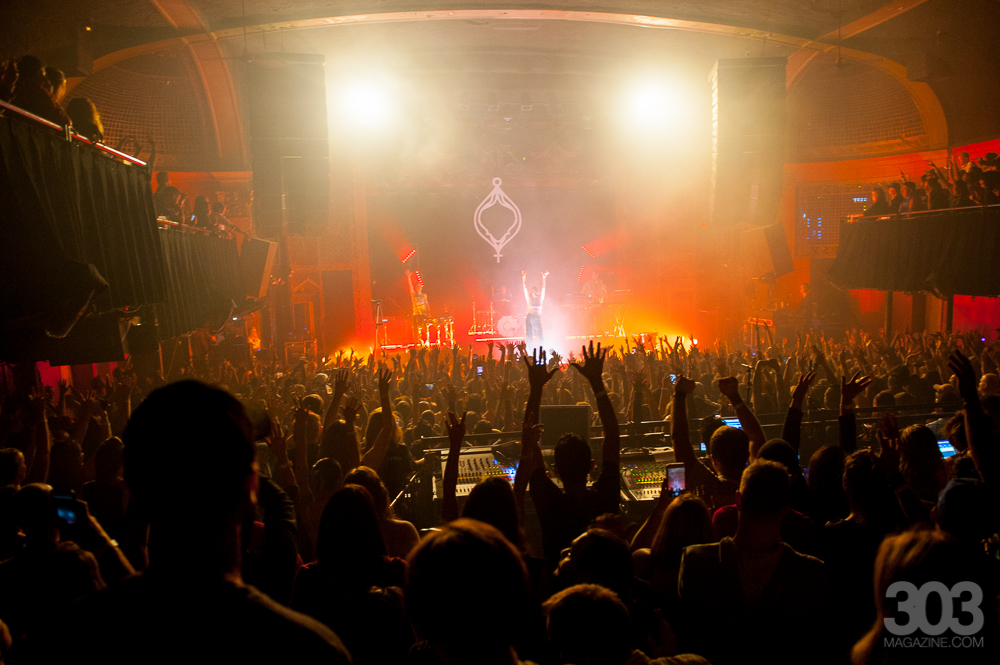