Review – Even Without a Boat, Lil Yachty Still Got Denver Wet

For almost two straight hours the crowd got wet and wild for Lil Yachty at The Ogden Theatre in Denver. The 20-year-old rapper lived up to his tour’s name, Teenage with a crowd full of rowdy high schoolers who moshed, danced, rapped and smoked their way through the concert. Lil Yachty also lived up to his stage name – he’s known for his eccentric nautical-inspired wardrobe mixed with his take on trap music. 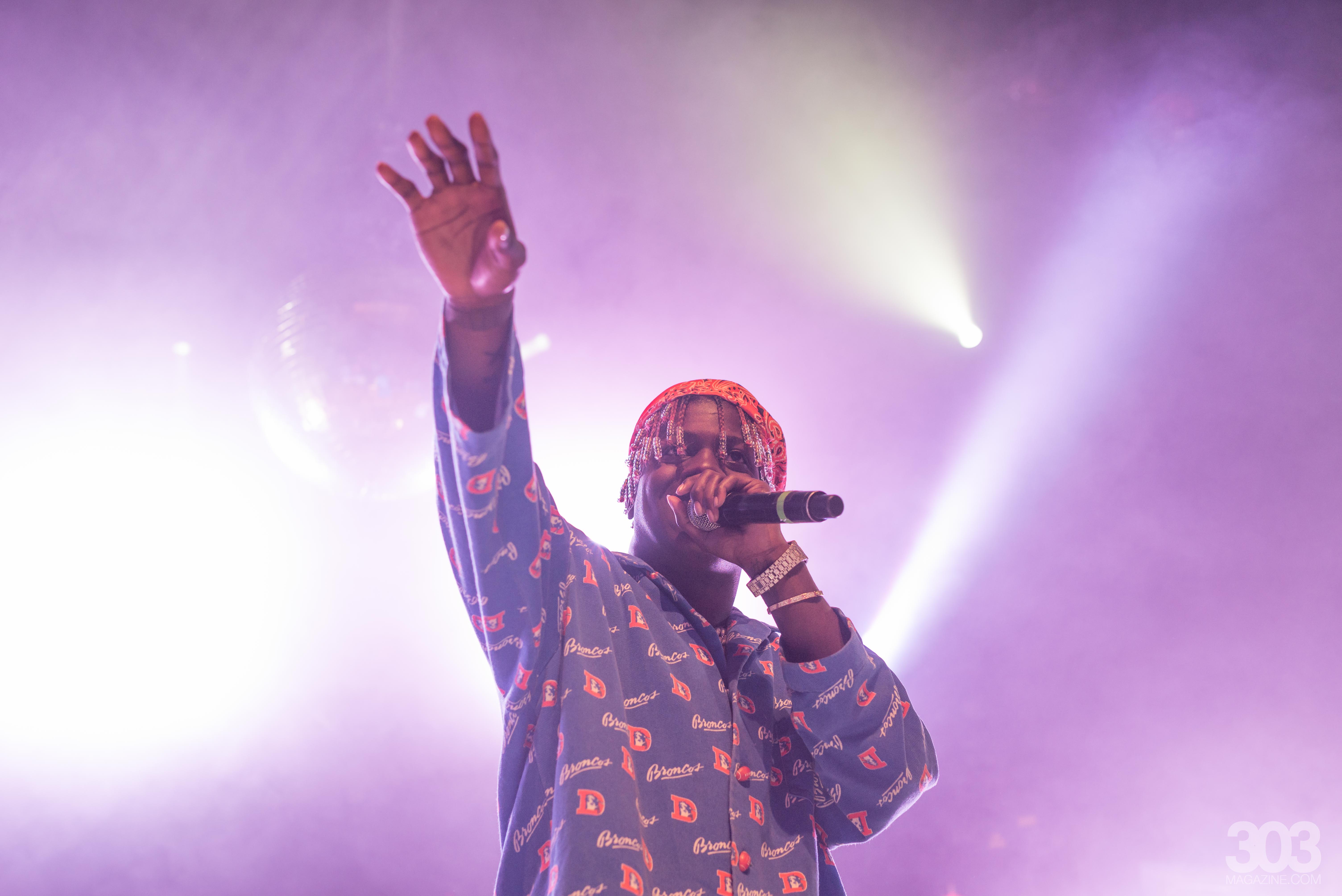 Lil Yachty at the Ogden Theatre. Photo by Alden Bonecutter.

Even before the show started, a giant case of plastic water bottles were placed in the center of the stage atop a desk with the wording, “Late Night With Lil Boat,” Lil Boat being Lil Yachty’s alter ego. Despite last night’s crowd being hyped up enough on their own, the rapper decided to tear open the case of water and shower the crowd with bottles of water. This became a recurring event throughout the show – when the energy started to slow down during slower songs like “Bring it Back,” Lil Yachty would resurrect the energy by either soaking the crowd with water or bringing members of the opening group, The Sailing Team, back on stage to bring more hype. 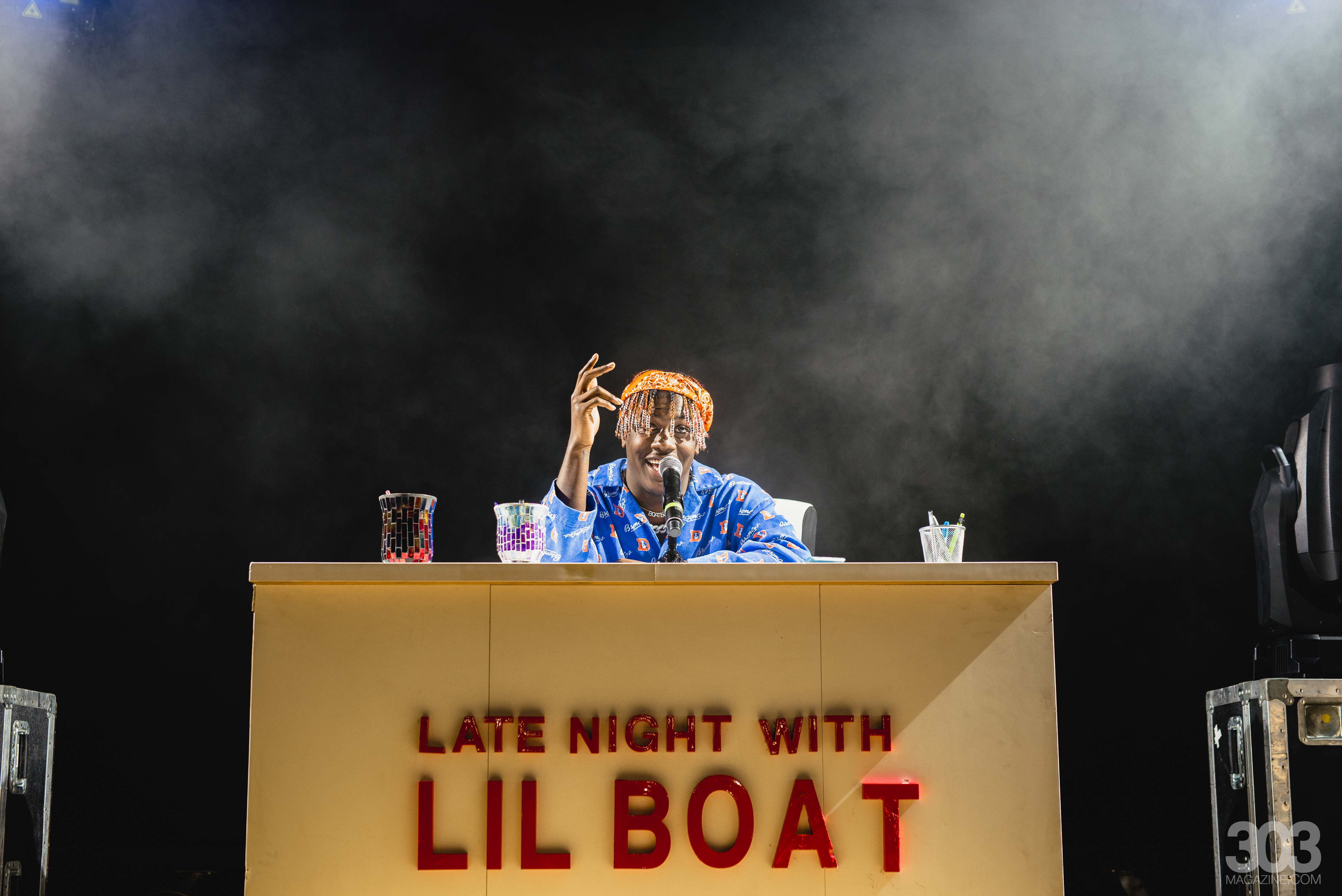 The whole night felt like a giant party of old and new friends. The stage was decorated with a couch, DJ, the late night desk and countless rappers and friends. Throughout the entire performance, Lil Yachty’s friends would come out on stage and sit on the couches that lined the stage and just chill. They had no verses and no commentary, they just watched the show on the couch, and, of course, took selfies. 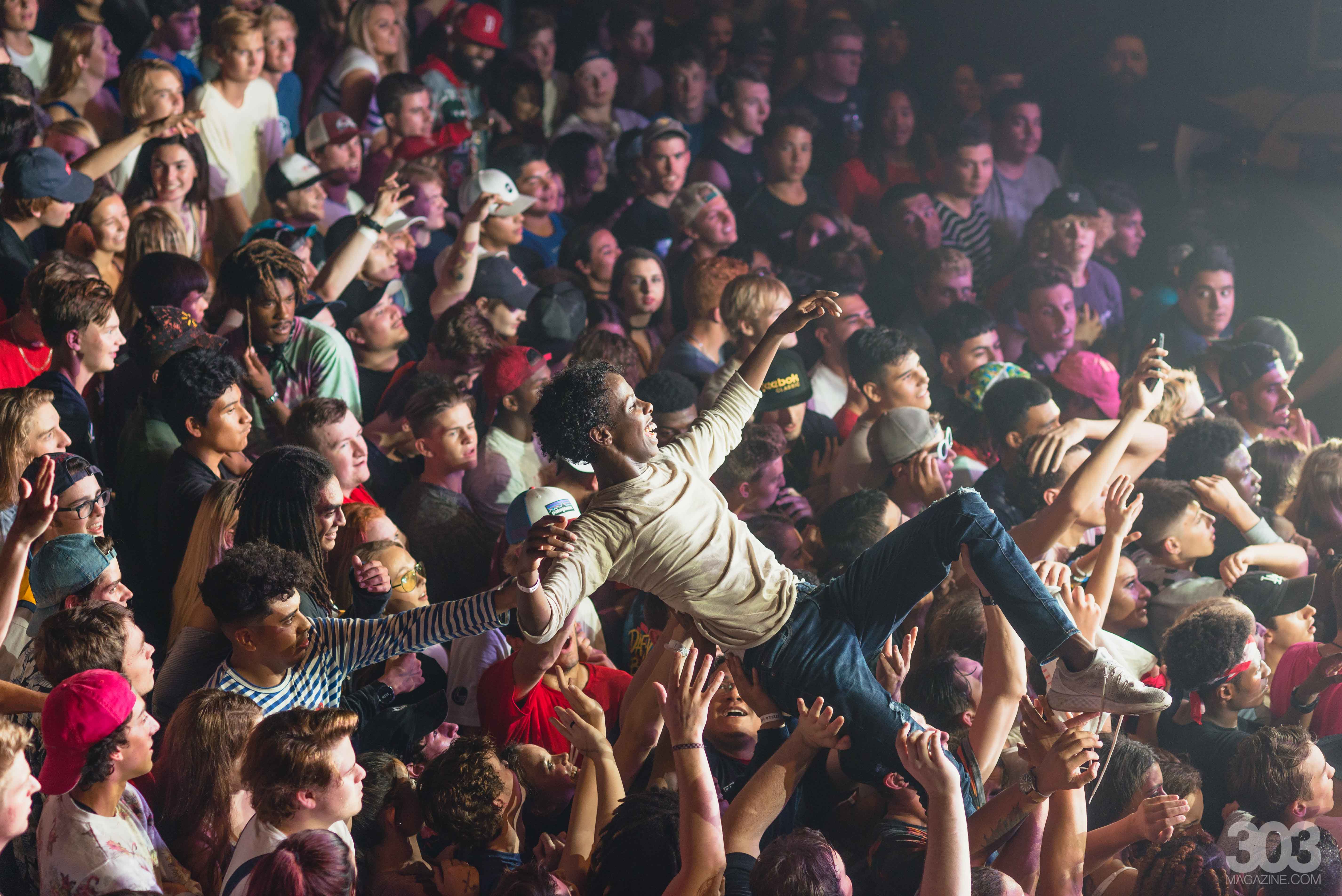 The crowd at Lil Yachty’s show stayed lit all night.

As the self-identified, “King of the Teens,” the rapper definitely gave the audience what they were looking for. He previewed two songs off of his unreleased and up and coming album, which had the crowd erupting into a cacophony of “Lil Boat” being chanted. He also had a little fun with the crowd. Lil Yachty fans are known for their loyalty, and to show his love back, the rapper invited multiple fans on stage. But there was a catch. They had to know the words to the playful trap love song “Made of Glass” or they would be met with heckles and air horns to broadcast their failures. After five or so fans were invited onto the red coach and then later kicked off the stage for not knowing the words, the rapper was radiating off of the new energy. It was at this point that he decided an outfit change was necessary.

Five minutes later he returned to the stage in neon-yellow overalls with all of the rappers from the Sailing Team by his side. The stage looked like a giant group of friends just enjoying their time and getting lit – and the audience mimicked the same mood with smiles, glossy red eyes, clouds of smoke and open arms for the rapper. Their loyalty was solidified for the young rapper when he dove off of the stage into the arms of rowdy fans. If last night was any preview of what’s to come for Lil Yachty’s future, we can expect the same dope beats, autotuned vocals, hyped features and obviously tons of boats and hoes. 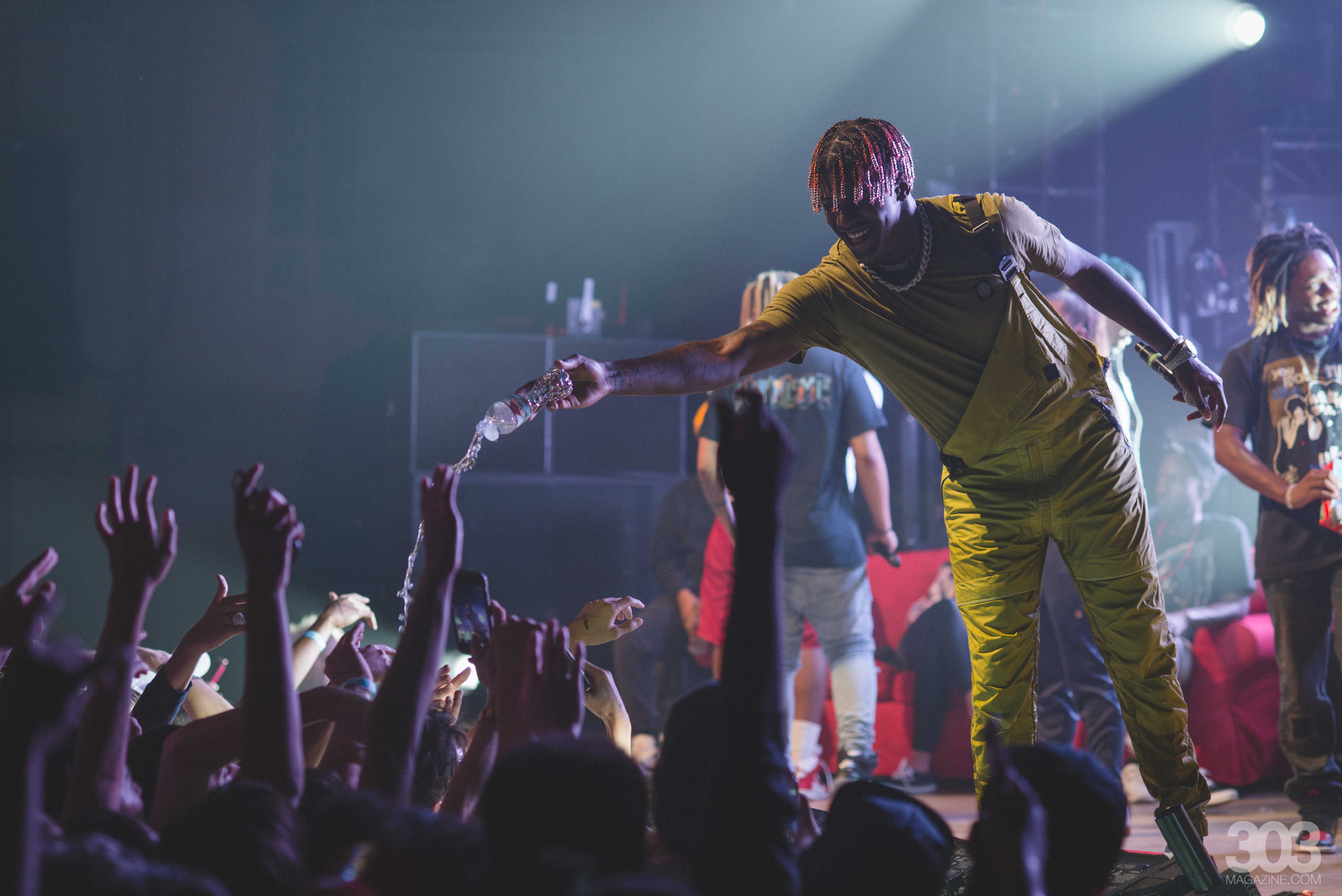