Review – NEEDTOBREATHE Was a Battle of the Brothers at Red Rocks

On September 20, NEEDTOBREATHE stepped on the Red Rocks Amphitheatre stage for their third stop on their new “All The Feels Tour.” This was NEEDTOBREATHE’s third consecutive year at Red Rocks, following year-apart stops of the previous “Tour De Compadres Tour.” The rock band from South Carolina was established in 2001 and, after independently releasing music, was signed to their first label. NEEDTOBREATHE released their first album, Daylight, in 2006. Since signing with a label, they’ve released six albums, won 10 Dove Awards and received a Grammy Award nomination. Through their 16 years as a band, NEEDTOBREATHE continues their tireless schedule of high-energy performances and songwriting.

The show opened up with a spotlight on the middle of the stage with a tan, wide-brimmed hat sitting on the microphone. The audience stood in anticipation. The band was welcomed enthusiastically and returned the energy as they played “Don’t Bring That Trouble.” The song, a southern blues-rock jam, set the tone for the entire evening. Anywhere an audience member looked on stage, they found individualized energy from the different band members. The vocals seemed to be a bit loud at first, but that was corrected before the song was over. 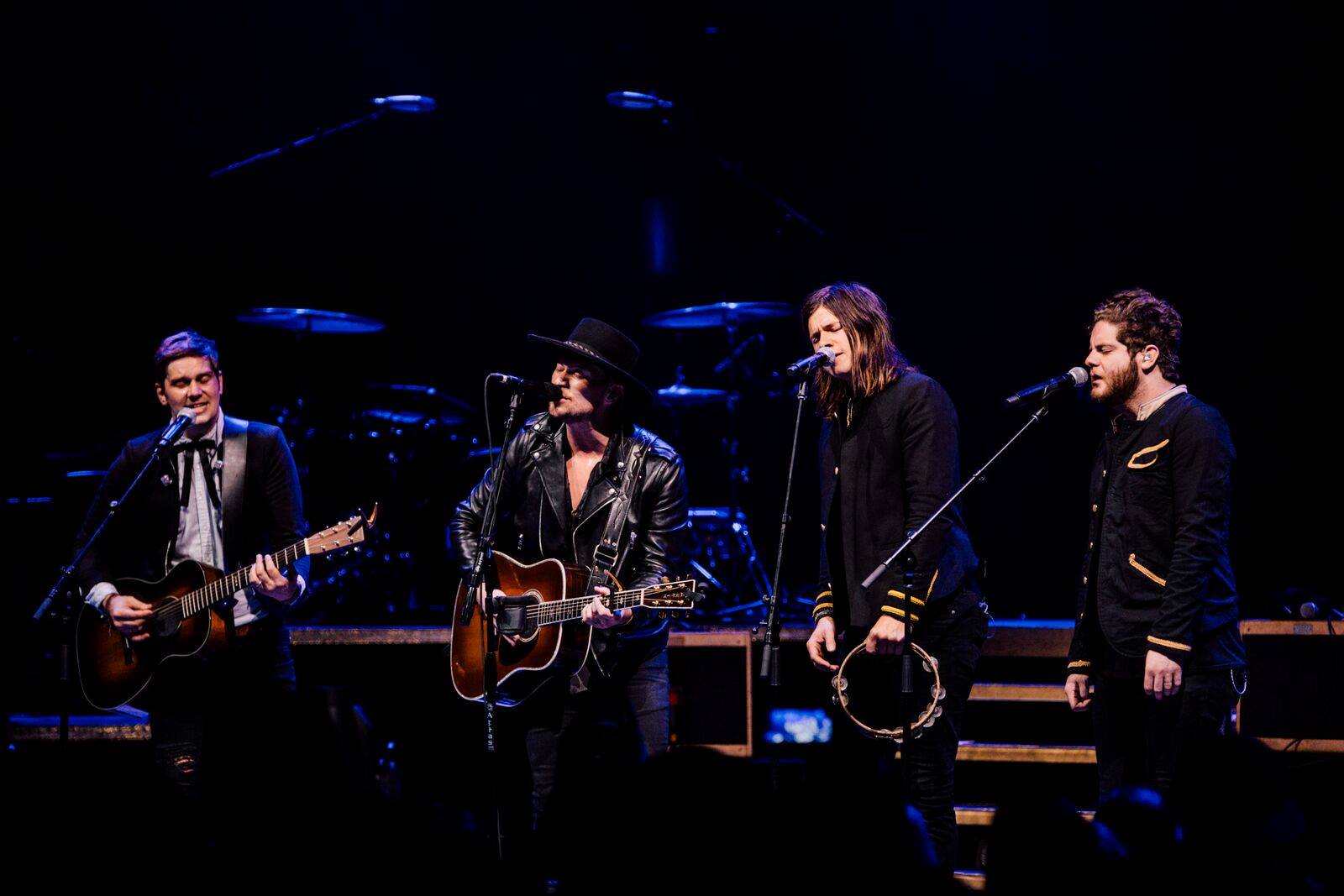 The performance held a playful competition for attention between brothers Bo Rinehart, playing guitar and singing supporting vocals, and Bear Rinehart, playing guitar and singing lead vocals. While Bear stunned the crowd with an energetic presentation of soulful vocals and moving lyrics, Bo ran around the stage with his guitar, dancing in a sort of rock ‘n’ roll mixture of Elvis’s hips mixed with the moonwalk. The competition grew fierce when Bo ran off the stage and climbed the rock on the south side of the stage with his electric guitar, playing part of “Feet Don’t Fail Me Now” before returning to the stage.

Bear responded during the encore by appearing on the sixteenth row and running through the audience while singing “Wasteland.” The play between the two provided only more energy to the show. “Those who know the band know there is a history of our fighting and violence,” joked Bear. “We still do a couple things to pick on each other.” 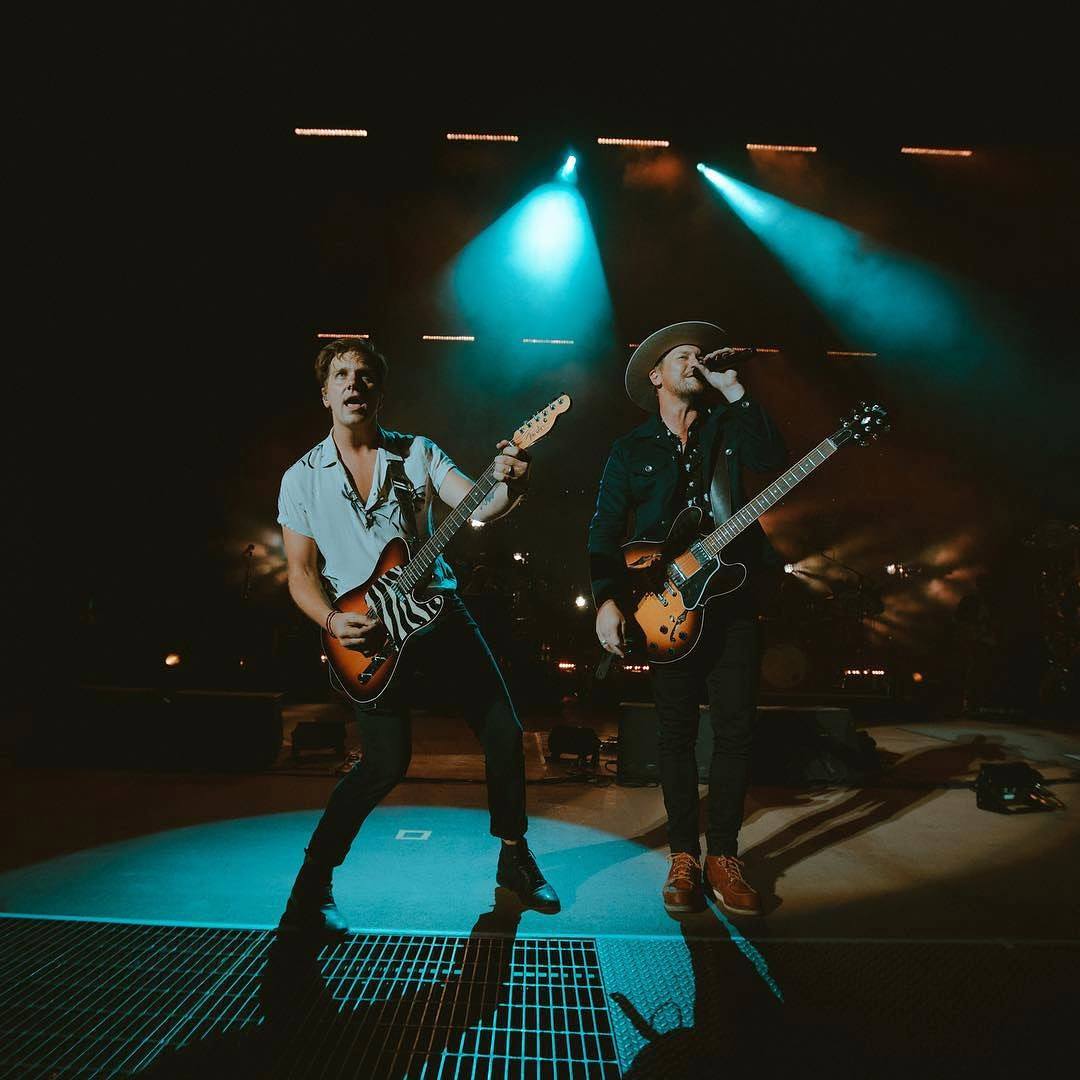 There were very few breaks between songs throughout the evening. The band played a mixture of their well-known hits along with tracks off their most recent LP, H A R D L O V E, released last year. In addition to their own music, NEEDTOBREATHE captivated their audience with covers of “Stand By Me” by Ben E. King and “House of the Rising Sun” by The Animals. The audience responded to the music by dancing and cheering between songs. During the slower songs, like “No Excuses,” “State I’m In” and “Wasteland,” the audience sang confidently with the band. 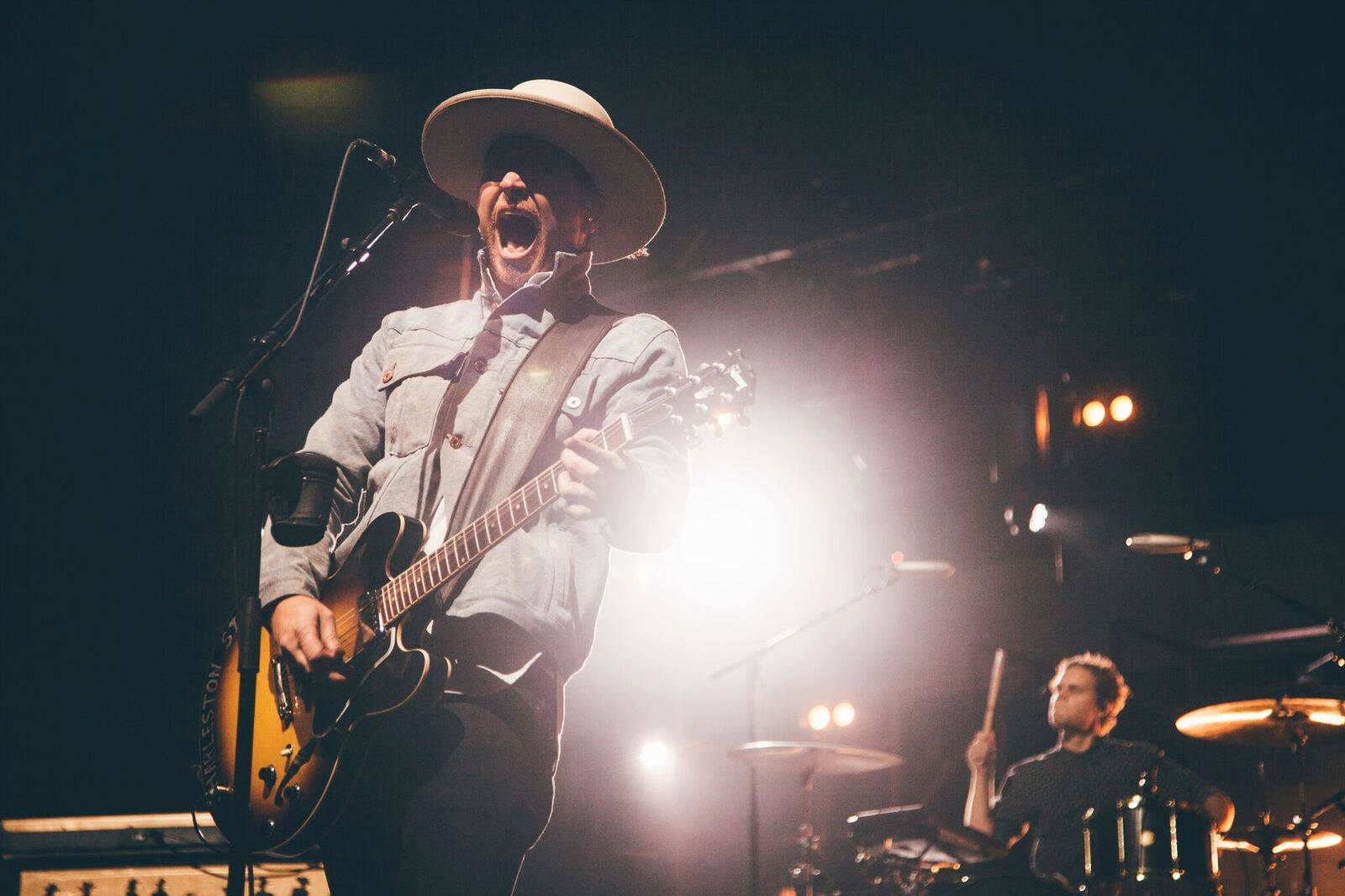 NEEDTOBREATHE’s light show was almost as enthusiastic as the band themselves. Almost. Shimmering streamers reflected the spotlights as they followed different members of the band throughout the evening. Neon lights shaped like eyes glowed across the stage during certain songs and a backlit feature of various lighting illuminated the band members. Still, it seemed difficult for the lights to keep up with the movement of the band. NEEDTOBREATHE shook the stage with a sort of enthusiasm that cannot be taught. Their energy was endless and before the night was over, their stunning performance took away the breath of the audience.