Hailing from Oakland, The California Honeydrops brought the heat — and the sexual tension — to a full house on Sunday evening at the Ogden Theater. On their Facebook page, the Honeydrops claim to not “just play music — they throw parties,” and that’s exactly what they did for show-goers on Sunday. The insurmountable energy brought to the stage from the moment the five-piece band stepped onto the stage could be felt throughout all four corners of the venue, and literally reverberated through the crowd for what resulted in an incredible night.

The high-level energy that the band brought to the stage was lead by lead vocalist, guitarist and trumpeter Lech Wierzynski. The guy’s energy, far from PG, orchestrated one hell of a sexy dance party, and the crowd was getting down. The Honeydrops’ music is known for one common theme — love. Whether you were at the show with your friends or your honey, everyone was feeling the love Sunday night.

The group’s solid two-hour set kicked off with “Like You Mean It,” a lesson on knowing what you want and never letting it go. “Here Comes Love” and “What Is This Feeling,” both off of 2013’s Like You Mean It album, came before a brief ode to James Taylor, with Wierzynski repeatedly crooning to the audience, “I wanna stop — and thank you, baby.” Having sufficiently warmed up, the band asked for song requests from the crowd, and one guy got applauded for having “the best manners of any Honeydrops fan we’ve ever met” when he politely raised his hand.

The witty banter continued when the anonymous fan made his request, whereupon Wierzynski playfully laughed and replied, “Yeah, we’re not gonna play that,” before jumping into the Zydeco tune “I Wanna Go Home.” Percussionist Ben Malament accompanied the song on washboard, and the crowd boogied hard to the Cajun-style rhythm. The short yet sweet “Pumpkin Pie,” an easy fan favorite, took the evening down-tempo for just a few minutes. The washboard came back into play for “Show Me the Way to Go Home,” a song that sounded like something off Paul Simon’s Graceland album, proving in under an hour the vast repertoire of the Honeydrops. 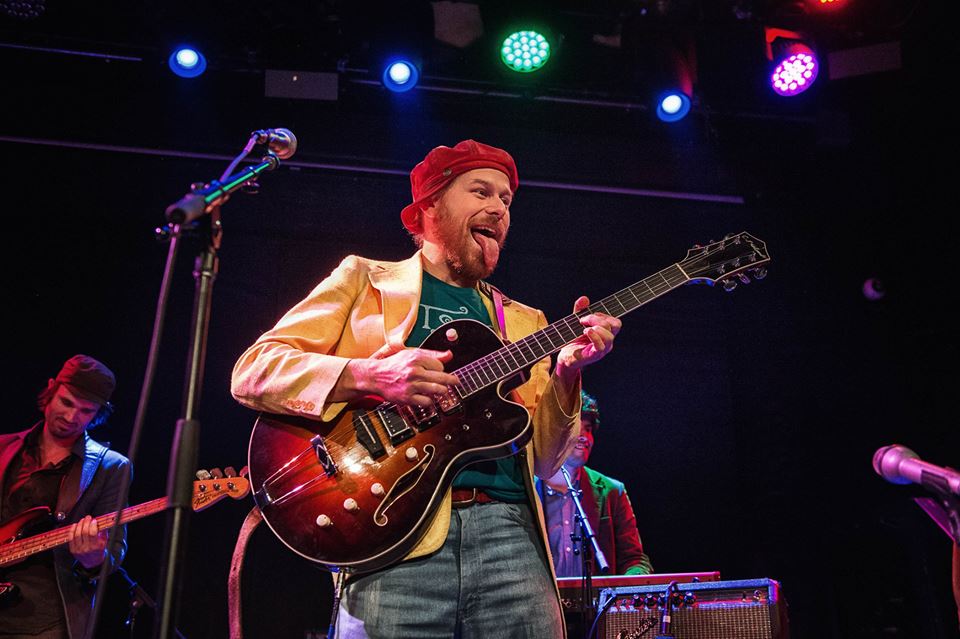 Up until this point in the evening, things had remained relatively PG-13, until Wierzynski turned it up quite a few notches. The next song was introduced as a song that Wierzynski’s girlfriend’s mother showed to him, and during the lengthy “Sit Down On It,” the frontman proceeded to kneel down, lean back and gyrate throughout the performance. This was epic — the audience was loving it, dancing and grinding with whoever was in their vicinity, while Wierzynski instructed the men in the crowd on how to let their ladies lead the way. “Do What You Wanna Do” brought The Motet’s trumpeter Gabe Mervine onstage, which was the ultimate brass jam session of the evening, including a quick nod to Stevie Wonder’s brass riff in “I Wish.” The band then thanked the crowd for “letting us goof off with you,” before moving into their last song of the evening — Sly and the Family Stone’s “Time For Livin’.”

The fun wasn’t entirely over, though, because as the band took their exit, they headed into the crowd rather than going backstage. There, in the middle of the audience around midnight on a Sunday evening, those Bay Area boys rocked out for another song before hitting their final chords. An awesome night from a superbly talented group of musicians. And if you didn’t already know, now you know that this band is the real thing and that you should always let your lady lead.