Bill Murray is Bringing a Musical Performance to Denver

The Bellco Theatre and Live Nation just announced via Facebook that on December 10, Bill Murray will grace Denver with Jan Vogler and friends for their New Worlds tour. The show will feature actor Bill Murray, Jan Vogler on cello, Mira Wang on violin and Vanessa Perez on the piano in a “fascinating encounter between great music and great literature featuring two masters of their art,” the website said. 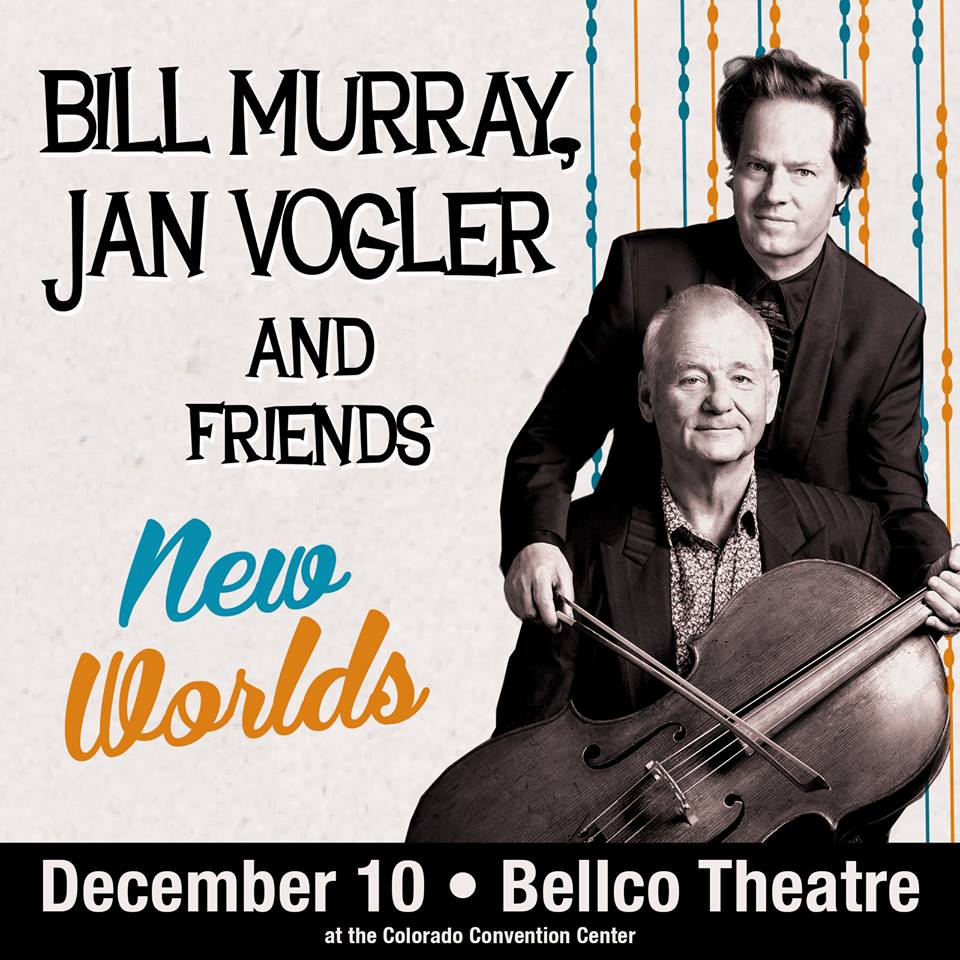 Murray and Vogler met by chance while traveling and living in New York, the website further explains. They became fascinated with each other’s artistic abilities and soon cooked up a project where they could work together — New Worlds Tour is the result.

“A program that showcases the core of the American values in literature and music. A show that communicates the bridges artists have built between America and Europe. Twain, Hemingway, Whitman, Cooper, Bernstein, Gershwin and Foster are some of the strongest voices that influenced generations of humans in America and gave the world a picture of the charm, energy and creative force of the New World.” – AXS

Other tour stops include Chicago, New York and Canada. Presale starts this Thursday at 10 a.m., you can find tickets here. All ages are welcome.