Saturday night proved to be another perfect Colorado evening — delicious beers, good music and warm weather. The hefty lineup of Marcus King, Yonder Mountain String Band (YMSB) and Gov’t Mule offered Red Rocks three unique performances back-to-back. The Marcus King band opened up of the evening, and with their blues-focused rock, spearheading the night for those who couldn’t stay off of their feet. 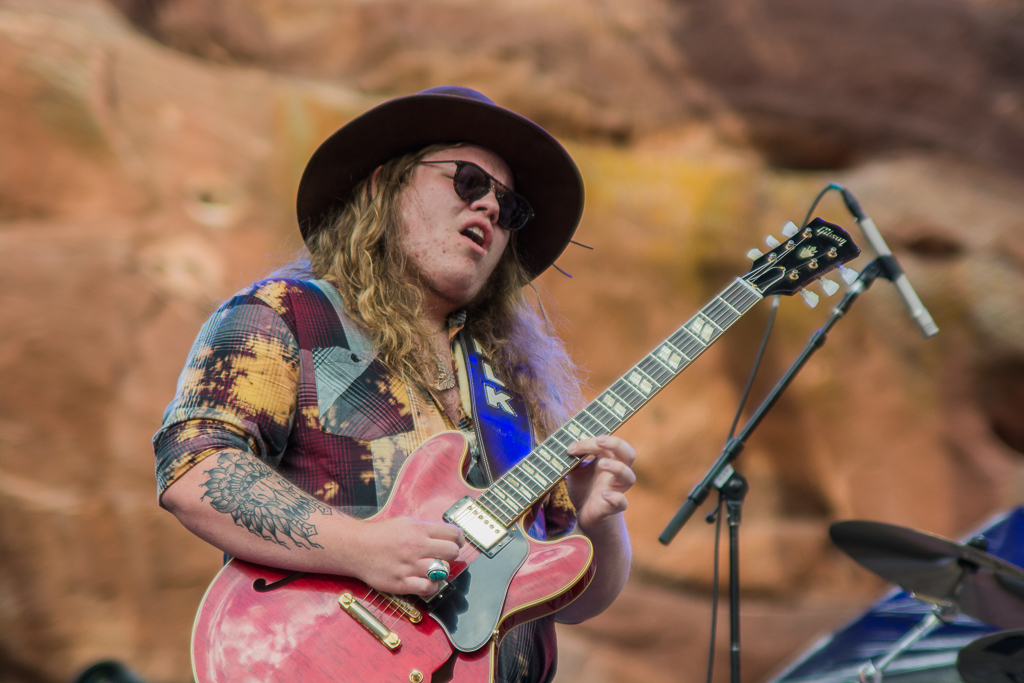 Just before 7:30 p.m. YMSB joined the party as scheduled. They kicked off their set with long, spacey jams and the ever-dependable epic solo. Jacob Joliff took to the mic to thank everyone for coming — especially his cousins — who requested and received a cover of King Harvest’s “Dancing in the Moonlight.” YMSB recently released Love. Ain’t Love earlier this summer, which Joliff declared before he cleverly announced that the next song,“features… everybody,” before playing “Take a Chance on Me.”

“Ladies and gentleman, get yourselves ready for a total eclipse… We call him Warren Haynes,” said Ben Kaufmann as Haynes made his way to the stage.

Joliff’s beautiful locks, tied up on top of his head, are often the topic of conversation at YMSB shows. However, it is impossible to mention YMSB and beauty in the same sentence without including the beloved Allie Kral, who belted out and awe-inspiring Etta James’ cover of “Damn Your Eyes” to an eager set of fans. In fact, any time Kral did anything, a unanimous uproar projected from the crowd in support. 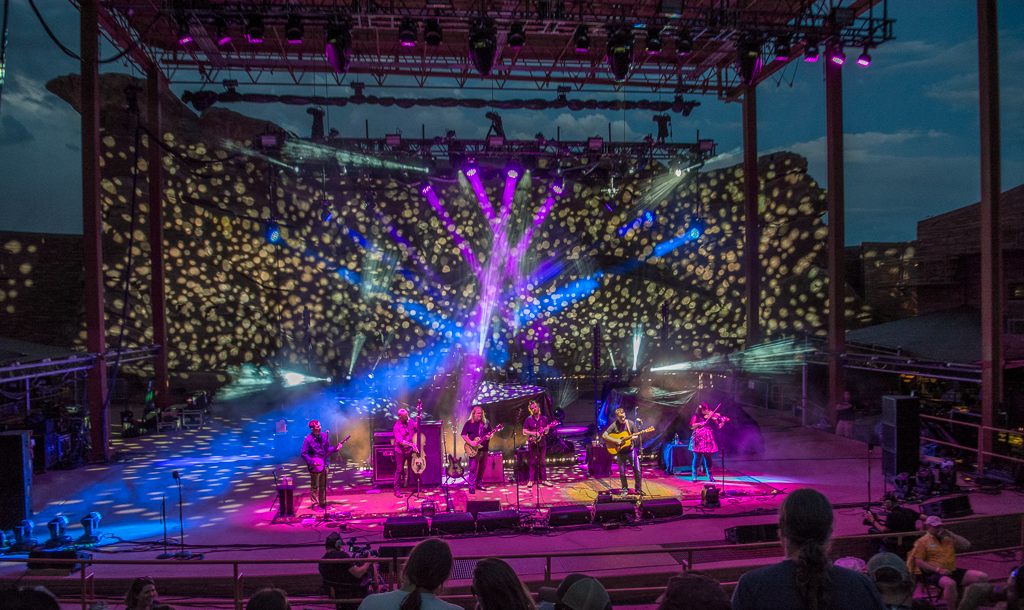 “Sidewalk Stars,” “How ‘Bout You” and a string of epic solos carried the set into a narrowing end. The ever-expected “Traffic Jam” and an emotional Lou Reed cover of “Walk on the Wild Side” ended out the evening.

“Cheers to all of you beautiful people, you make us all feel so fine. Goodnight from Yonder Mountain,” said Kaufmann in his farewell.

At 9:45 p.m. blasts of lights sparked over the crowd and recordings of songs with a “revolution” or “change” theme blasted the air — The Beatles’ “Revolution,” David Bowie’s “Changes” and Bob Dylan’s “The Times They Are A Changin’” among them. Not long after, Haynes reappeared, only this time the rest of Gov’t Mule came on with him.

The first track of the evening, “Traveling Tune” (off their newest release Revolution Come… Revolution Go), shook the audience right into their rock-fueled set. A set that reminded anyone who forgot of the vast contrast between them and YMSB’S soft bluegrass. One thing about Gov’t Mule’s set that was soft: Haynes’ hair. The strands blew over his shoulder in the wind as he led the way through the meat of the first set of “Game Face,” “Time to Confess,” “Man I Want To Be” and the title track off of their new album. 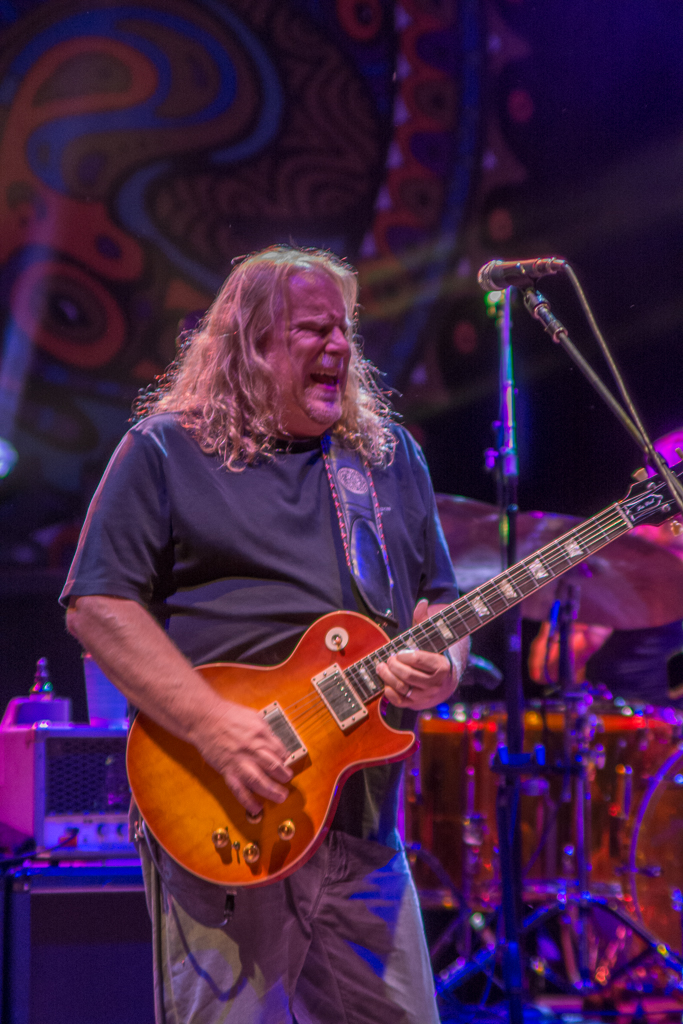 Next to come was a series of favorites complete with some taunting. “Scenes From a Troubled Mind” came with teases into “Les Brers in A Minor” and “Silent Scream.” “Unring the Bell”  had its own tricks, building up to “Shakedown Street.” “Endless Parade” and “Stone Cold Rage” rounded out the latter half of the set, but neither compared to “Whipping Post” — a rendition that brought Marcus King back on stage.

The encore wouldn’t have been appropriate if members of all the acts from the night didn’t make it on stage for a “super encore,” so they did. The large collective of musicians performed two songs from Hanyes’ and bassist Allen Woody’s original band, the Allman Brothers. “Melissa” and “Mountain Jam” both assisted steered to the conclusion of the evening, at which time the groups promised to return.