Review – YarmonyGrass Jammed On the Banks of the Mighty River

YarmonyGrass is on its 12th year, and this past weekend the festival was looking healthier than ever. The setting — high in the hills northeast of the Vail Valley — makes for a consistently intimate weekend, which is one of the festival’s greatest qualities. Most attendees are not only locals but true music fans. Sure, they like to party, but it’s the bands that they come for first and foremost, and that’s what makes YarmonyGrass so special.

Thursday night was sort of the preliminary day of the festival, with just a few bands kicking off the weekend and warming it up for those who were able to take an early start to their weekends. Music on the main stage only went from sunset to around midnight, with Montana’s Kitchen Dwellers and Colorado’s The Magic Beans playing the first of two sets each band would perform during the weekend. 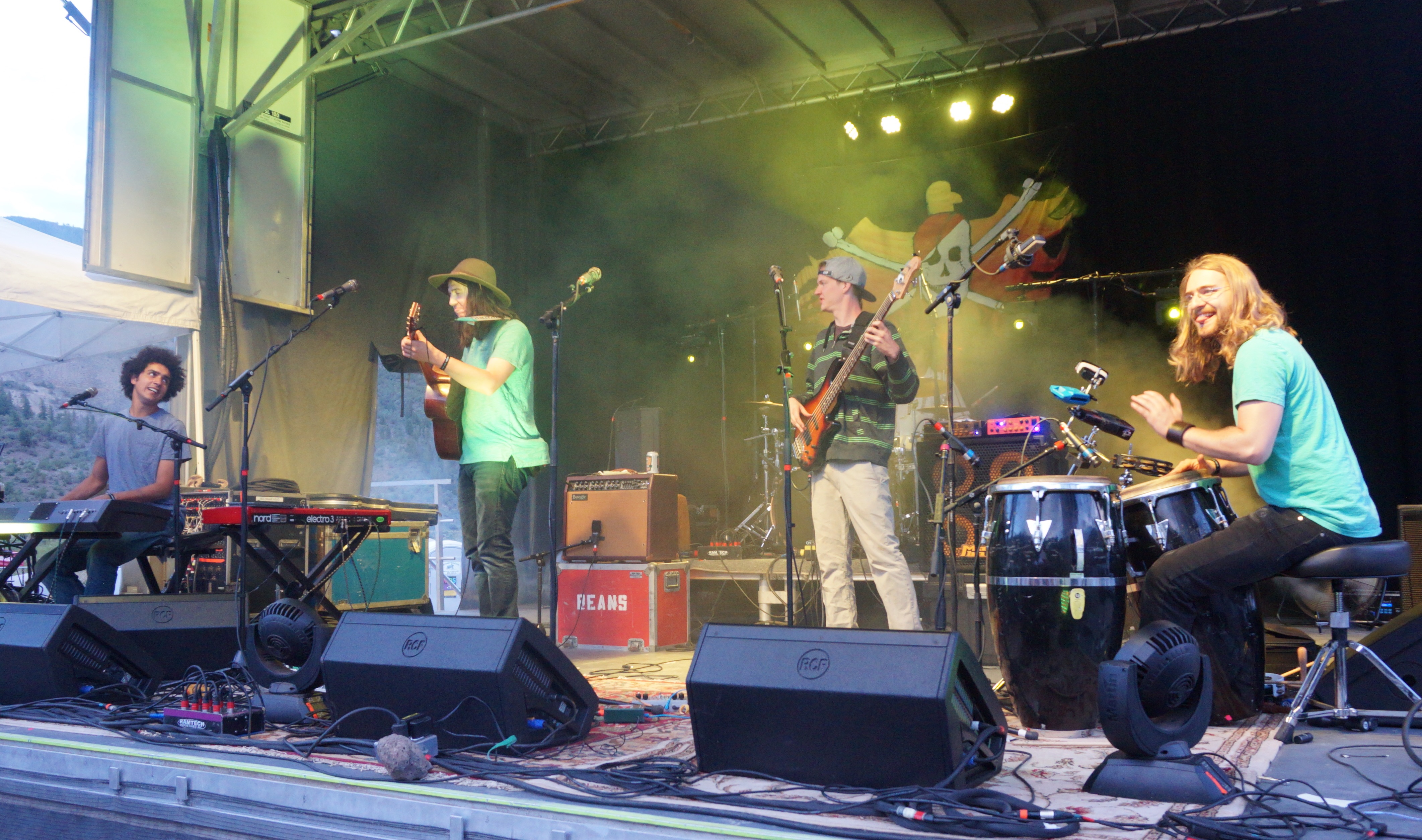 Friday night of YarmonyGrass started off under intermittent stormy skies and finished under the clearest skies, full of glowing stars. Liver Down The River opened up the main stage in the late afternoon, just as the midday storm clouds were clearing. The Magic “String” Beans took over in the evening and were really just an amplified version of the Magic Beans, one of the best local up-and-coming jam bands our home state has to offer. The set was pure funk-jam, including both originals and covers, like Fatboy Slim’s “Praise You,” which brought people from their campsites and to the stage rather effectively.

Between sets on the main stage, Emily Clark & the Passing Fancy brought two short but sweet sets of soul music to the Yarmony Saloon stage, where Clark crooned some country and some blues to a full crowd, backed by a jammin’ house band. Following the first of Clark’s two sets, Todd Snider took to the main stage to bust out a lengthy set, which included Rusty Wier’s “Don’t It Make You Wanna Dance,” which inevitably got the crowd twirling and turning. The vast majority of the tunes were accompanied by Kevin Watson on the dobro and Great American Taxi’s Will Trask on percussion, adding to Snider’s full country rock sound. 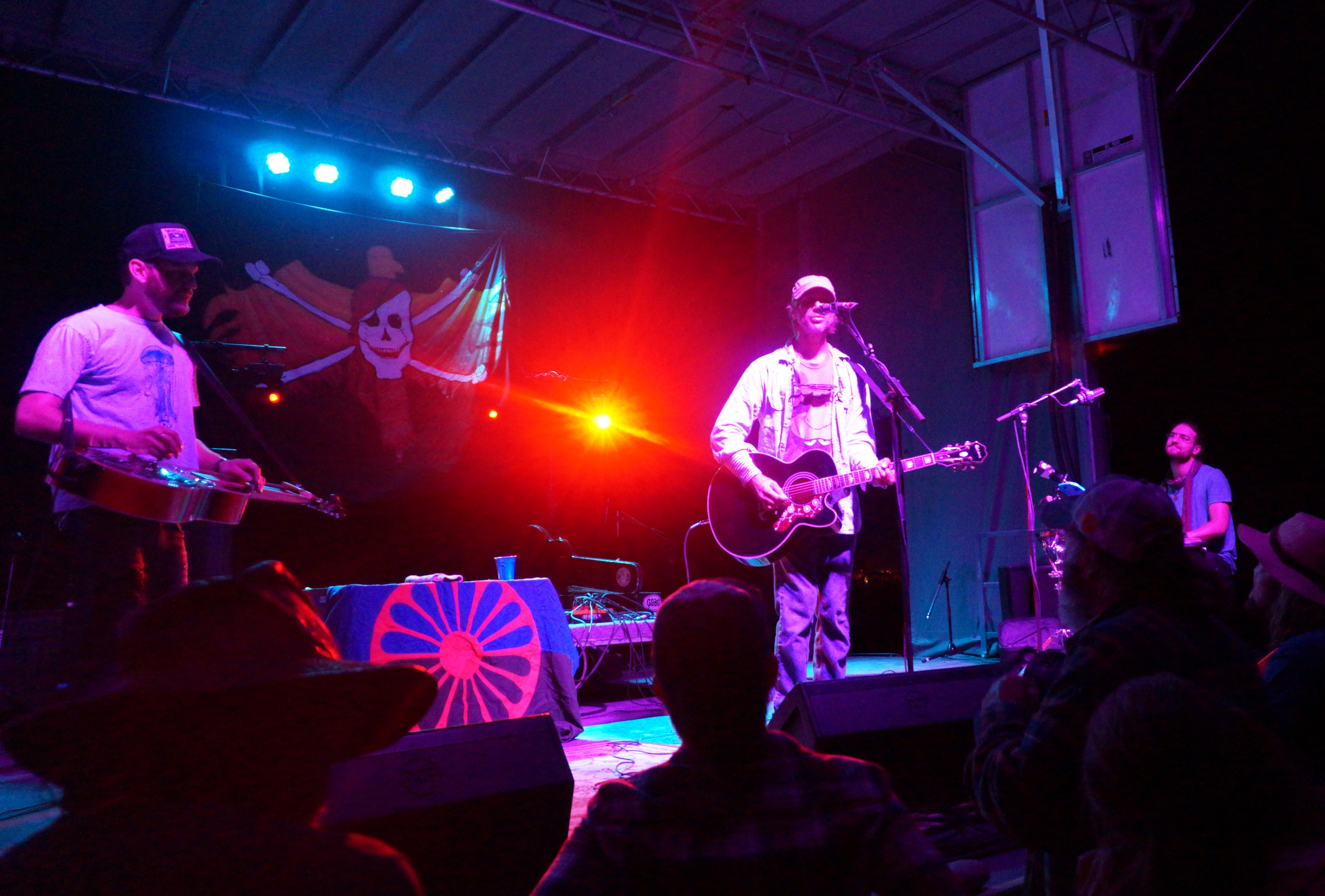 Friday night’s headliner was Fort Collins’ Head For the Hills, who brought us one incredible set of pure, homegrown bluegrass that included original tunes like “Never Does” and “One Foot In the Grave,” the latter easily being fans’ most beloved song. Joe Lessard’s fiddle-playing was as sharp as ever, and carried H4TH’s incendiary sound to the farthest points of Rancho Del Rio, and beyond. 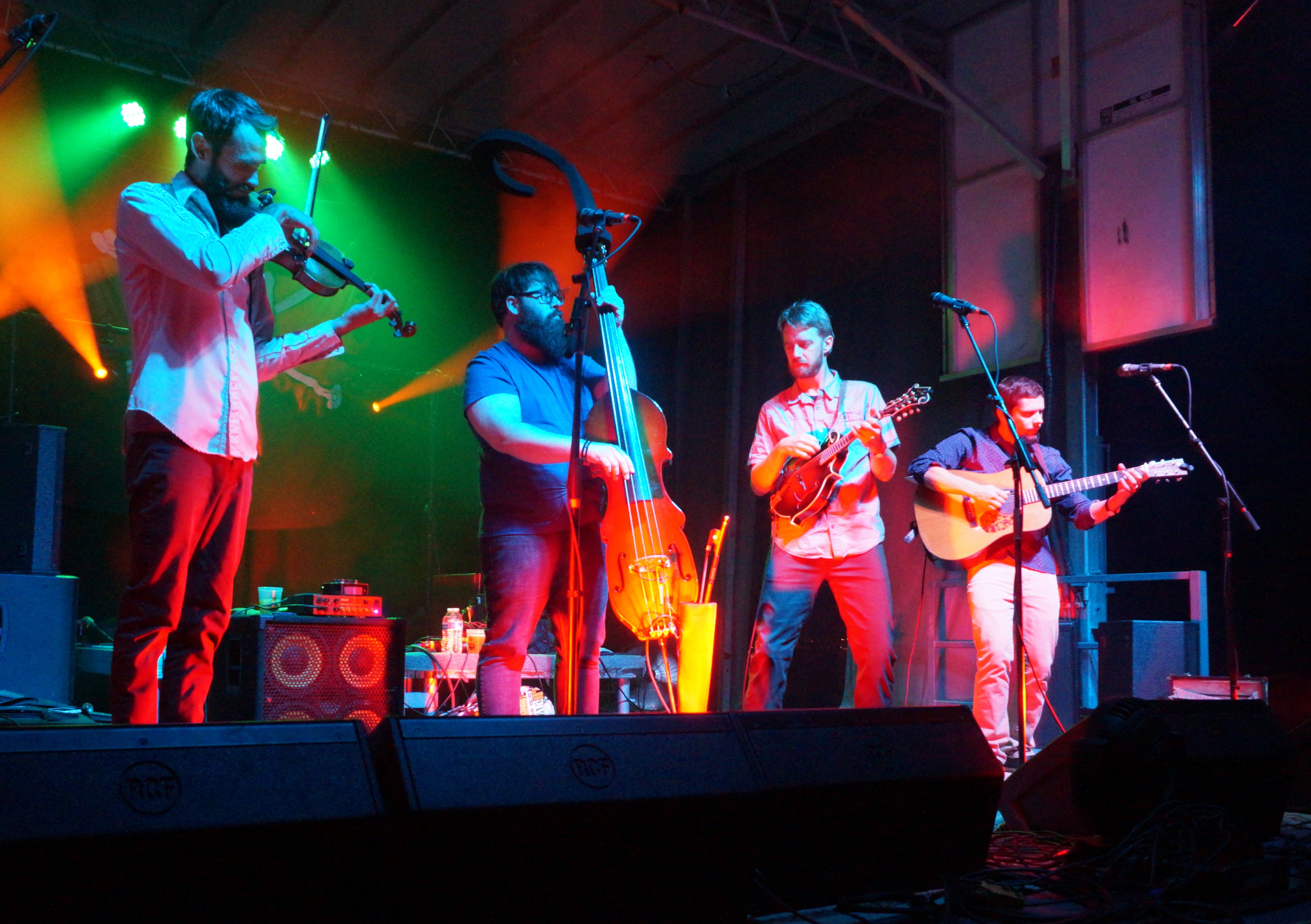 A surprise came next to close out the music late Friday night. Written on the festival schedule as “Al Dean and the Temple Balls,” the set was actually a performance from the side project of the Drunken Hearts, which saw a sit-in with Railroad Earth’s Timothy Carbone ripping the fiddle. The Drunken Hearts rocked for over an hour, busting out Little Bob’s “I Got Loaded” and Sam Bush’s “Same Ol’ River.” 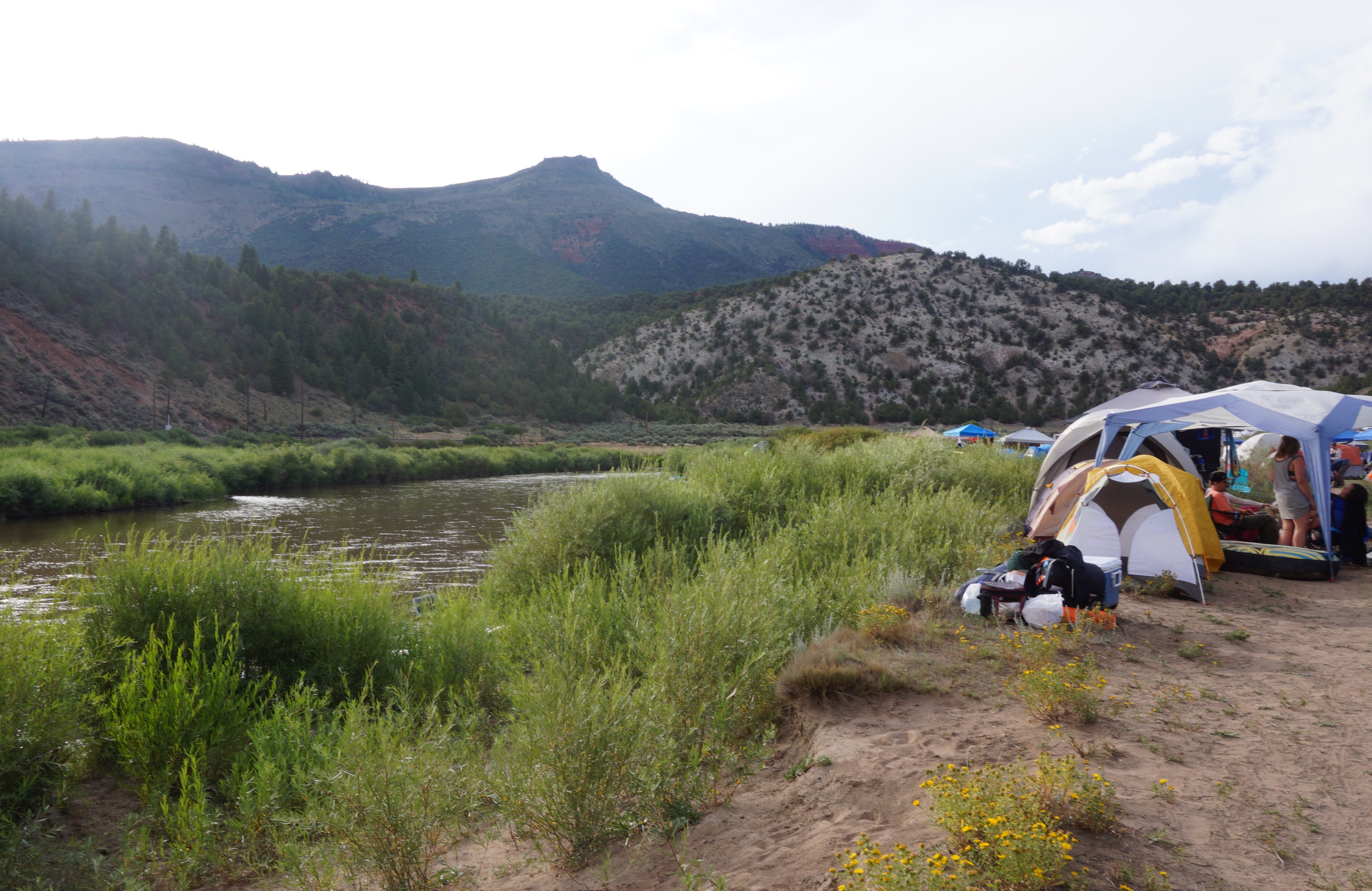 The Kitchen Dwellers kicked off the main stage on Saturday afternoon, once festival-goers had all emerged from their afternoons of rafting the Colorado River. While we floated behind the stage on our way back to our campsites, Torrin Daniels’ gruff vocals led the four-piece band through their set, once again proving that, although from Bozeman, MT, us Colorado locals are obsessed with the Kitchen Dwellers.

Bonfire Dub and Coral Creek took over the main stage for the evening, the latter of which saw yet another guest appearance from apparent artist-at-large, Timmy Carbone. And keeping it hot once the sun had set was the Drunken Hearts on the main stage, whose frontman — Andrew McConathy — is to thank for the existence (and absolute perfection) of YarmonyGrass. These country rockers blew the crowd away with their Americana originals, including the fan favorite “I Want You Back.” Between the nighttime performances was a foot-stomping party happening at the Yarmony Saloon stage, hosted by the Brad Parsons Band and his awesome rock ‘n’ roll that kept the good times rolling.

Saturday’s headliner Railroad Earth hadn’t played YarmonyGrass since 2012, so Saturday night was by far the highlight of the weekend. The six-piece band from New Jersey have added elements of Americana and folk music to their sound to successfully create their own subgenre of bluegrass. The set was perfectly curated, not consisting of too many “hits,” which us self-proclaimed diehards were loving. Railroad Earth brought the heat with tunes like “Warhead Boogie,” “Black Elk Speaks” and “Birds of America.” The band was simply forced to play a two-part encore, due to the screaming crowd who just wouldn’t take no for answer. The set went to approximately 1 a.m. with a tear-jerking “On the Banks” and a rowdy “Blazin’ A Trail” from the band’s newest album, Captain Nowhere.

Saturday night closed out with a Grateful Dead set from Coral Creek, featuring Michael Kirkpatrick. The Yarmony Saloon was grooving into early Sunday morning to the Dead tunes of “Throwing Stones,” “Samson and Delilah,” “Ramble on Rose,” “I Know You Rider” and many more. 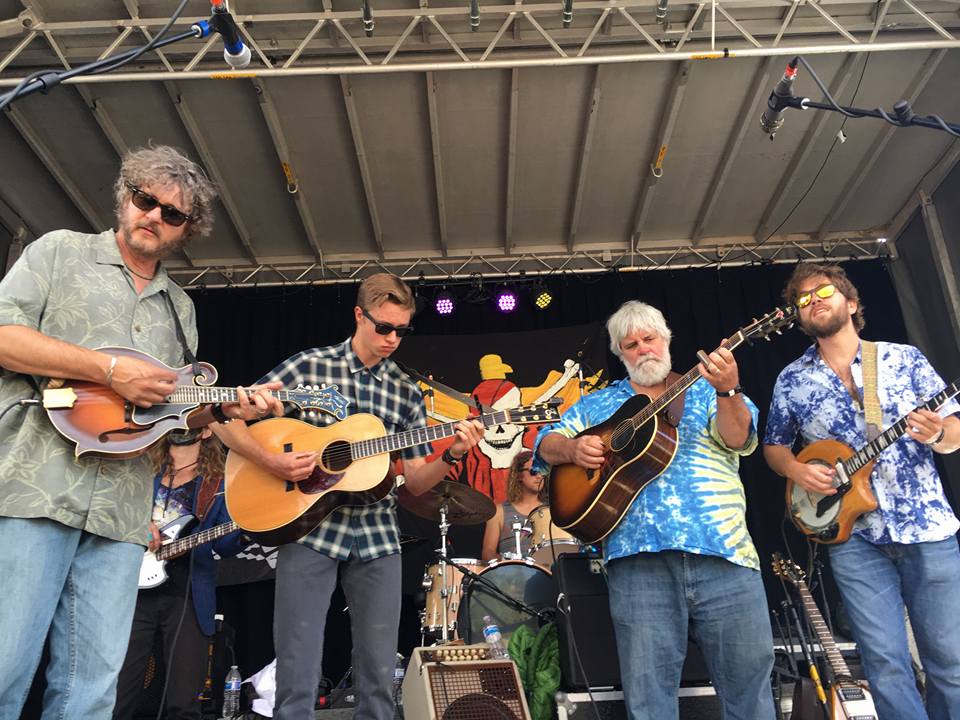 The fun just didn’t quit until Sunday evening, with the afternoon kicking off one more day of that epic bluegrass sound. Will Trask returned to the main stage with Great American Taxi to take over the midday music, followed by Tyler Grant’s Grant Farm. Leftover Salmon’s Andy Thorn was a temporary addition to Grant Farm for their set, and Thorn would also join his Salmon band members Vince Herman and Drew Emmitt for the very last performance on the YarmonyGrass 2017 main stage. Though Colorado has got some competition with many other places for being home to the best bluegrass music, there is no doubt that YarmonyGrass is the ultimate collection of bluegrass musicians, (sprinkled with some folk, Americana and rock), that you can find in such an intimate and beautiful mountaintop-toriverside setting.