Local Denver based hip-hop group, Proximity, have been making music for almost 15 years and their hard work is finally paying off.  They’ve found a niche with their own independent record label called Universal Language and are riding a wave since their latest release, Shock Therapy EP, which released in 2014.  Their latest achievement coming as an impressive win in Arise Music Festival’s 2017 Rock the Scene competition. Rock the Scene allows the local community to vote for their top three acts for the chance to perform year’s Arise Music Festival. While over 900 different artists competed, Proximity managed to get over 500 votes and came in first place, winning a chance to play on the StarWater Stage at 4 p.m. on Friday, August 4– even making it into our top performances for the festivals review. After their set, 303 Magazine had the chance to sit down with the guys of Proximity, who go by the names Grafik and Provoke, and talk about everything – from how it got started to winning the biggest completion of their career in 2017.

303 Magazine: so you guys have been making hip-hop together since about 2003, mind telling us how it all got started?

Grafik: Even before that, really since about 2000… We had already known each other before that, in middle school and high school. I really liked Provoke’s style and he really liked the beats I was making, so we started working on an album together. It took us a few years and it was finally released in 2005, that was the self-titled Proximity Minds album.

Provoke: That album actually has a lot behind it. We had a really tight crew, a lot of close friends hanging around. And one of our close friends who passed away, rest in peace, he actually named the group. Everyone was actually egging us on to form this group at the time. We were working with Kallista Alli and she helped us get into the Fox Theatre and start meeting some bigger people… When we dropped that first album, we sold almost 500 copies and even got to tour some out of state shows… But we hit a brick wall personally and had to re evaluate a few things in our lives and take a step from partying and stuff. Then we dropped Lead By Example in 2014 and the Shock Therapy EP the same year.

G: Ya and from there, our manager Phil and Eli helped come up with our entertainment company, Universal Language.

303: Nice, so you guys are the owners of Universal Language Entertainment and have already signed other artists?

G: Ya we have 5ive, windchiLL, Buddhakai, Small Hands, and our friend Dassaro, a local Denver artist. We don’t have a lot of money behind us right now, but we plan on really trying to help everyone get out there.

P: Oh ya, I’m a die hard, huge fan. Shane [Grafik] explores a few other genres, but I’m locked in.

G: I like all kinds of shit. When I was growing up as a teenager, I really liked heavy metal. But I remember hearing Pharcyde for the first time and that’s what really hooked me.

303: How have you seen the landscape of the industry changed since the beginning?

P: In Colorado? Man, it’s huge. It’s expanded so much. I feel like we have a really good unity here – I feel like everyone’s trying to help each other out. We have done tours and worked with out of state promoters, and it’s a lot different. They don’t treat their artists the same way they treat them here. So I feel like as a landscape, it’s great. 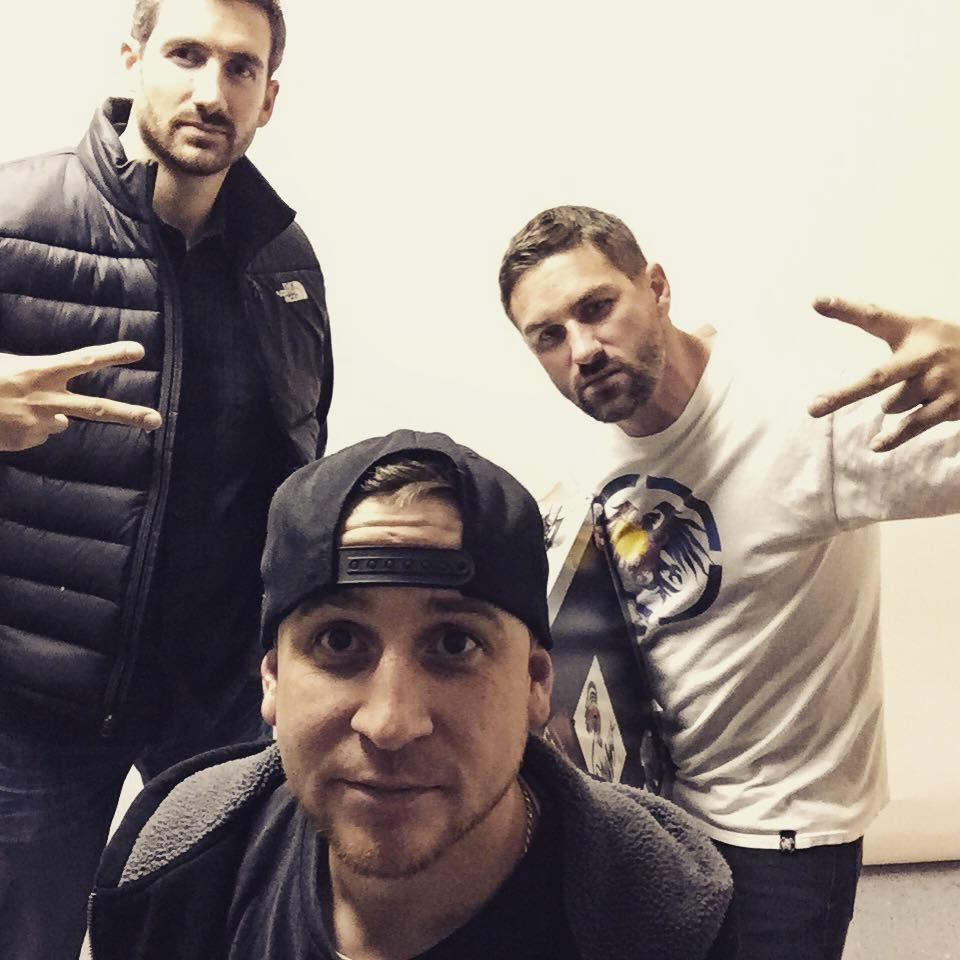 303: And your latest release was Shock Therapy EP in 2014, any upcoming projects you are working on?

P: We just released a single, “Something From Nothing” and it’s on our Youtube and our Facebook right now. So ya, that’s our last project, but we are working on our new project right now. We have a couple songs locked in and already have beats gathered. So it’s just a matter of getting in and getting it recorded.

G: We are looking to drop it next summer.

303: And you guys just got to perform that new single for your Arise Music Festival performance. What was it like winning Arises 2017 Rock The Scene?

P: Holy shit, that was crazy. We had so many people supporting us. When I first posted it on Facebook, it took off way more than I thought it would. Almost to the point that I had people that I hadn’t talked to in 15 years, reaching out saying “Hey, I got you, man, I shared it.” Like dude, I haven’t talked to you in 15 years, Thank you!

G: People calling me up like, “Dude, I hope you guys get on that show, I voted for you.”

P: Ya it was crazy man, family, friends, parents, grandparents. We even had people out of state. Universal Language holding us down in Pennsylvania. WindchiLL was sharing it and his friends. I feel like it was nationwide at some points because we had people all over our tour sharing it. It was dope, we came in first place and it was all because of our people.

G: Brother Ali and Atmosphere for sure. Ani DiFranco too.

P: And Lettuce, I love Lettuce.

P: That would be the Masta Ace show on September 22, 2017. On that bill you have Masta Ace headlining with opening sets by windchiLL, Buddahkai and Proximity, so definitely come check us out on at Cervantes Masterpiece on September 22.

P: Thank you for the interview.

G: Thank you to everyone who supported us and voted for us and came to the show. We had a great crowd today and we love all of you.

Interview has been edited and condensed for length and clarity.

Editor’s note: the article previously called the competition Rock the Vote but it is called Rock the Scene. We regret the error.