Emily McCarterAugust 15, 2017Music
Photo courtesy of GRiZ on Facebook
Home
303 Magazine
1 min read
This morning, GRiZ announced via Facebook that he will perform with his live band at the Ogden Theatre on Thursday, August 31. The band is considering the show “a live rehearsal.” The Ogden show is the night before his two sold-out Red Rocks shows the weekend of September 1 and 2, kicking off his Good Will Continue tour. 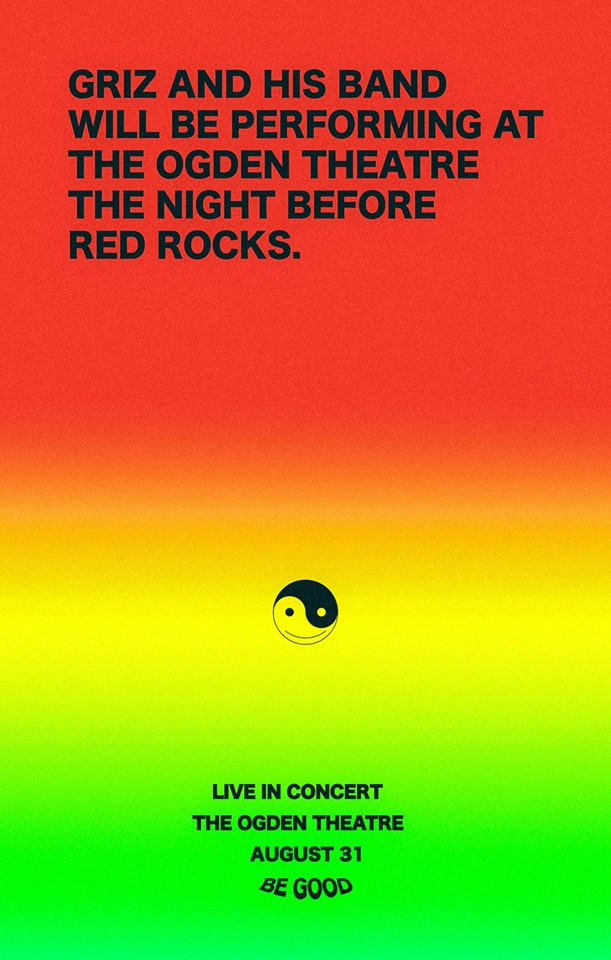 GRiZ said on Facebook in reference to Red Rocks, “We wanted to come together in an intimate setting before we step onto one of the most stunning and sacred stages in the world.” The tour will focus on his newest album, Good Will Prevail (2016), which features several other power-house artists such as Cherub, Big Gigantic and Brasstracks. The Thursday night show will be a private viewing experience with no cell phones, cameras or recording devices allowed. This is in order to create a “phone-free viewing experience” and anyone caught with a cell phone will be kicked out of the venue.

Tickets go on sale this Wednesday, August 16 at 10 a.m. and will be available here.