Friday Morning Quarter Back’s (FMQB) Triple A Conference commenced Wednesday, August 9 with a stellar lineup featuring Future Islands, The Lone Bellow and Mondo Cozmo at the Fox Theatre and Bahamas and Current Swell on a free adjacent outdoor stage. The Triple A Conference, now in its eighth year in Boulder, is a platform for radio decision makers to decide which bands will be featured in this year’s playlists. Despite the big heads in the room, the first night of the Triple A Conference was a stunning display of some of the brightest powerhouses in alternative music. 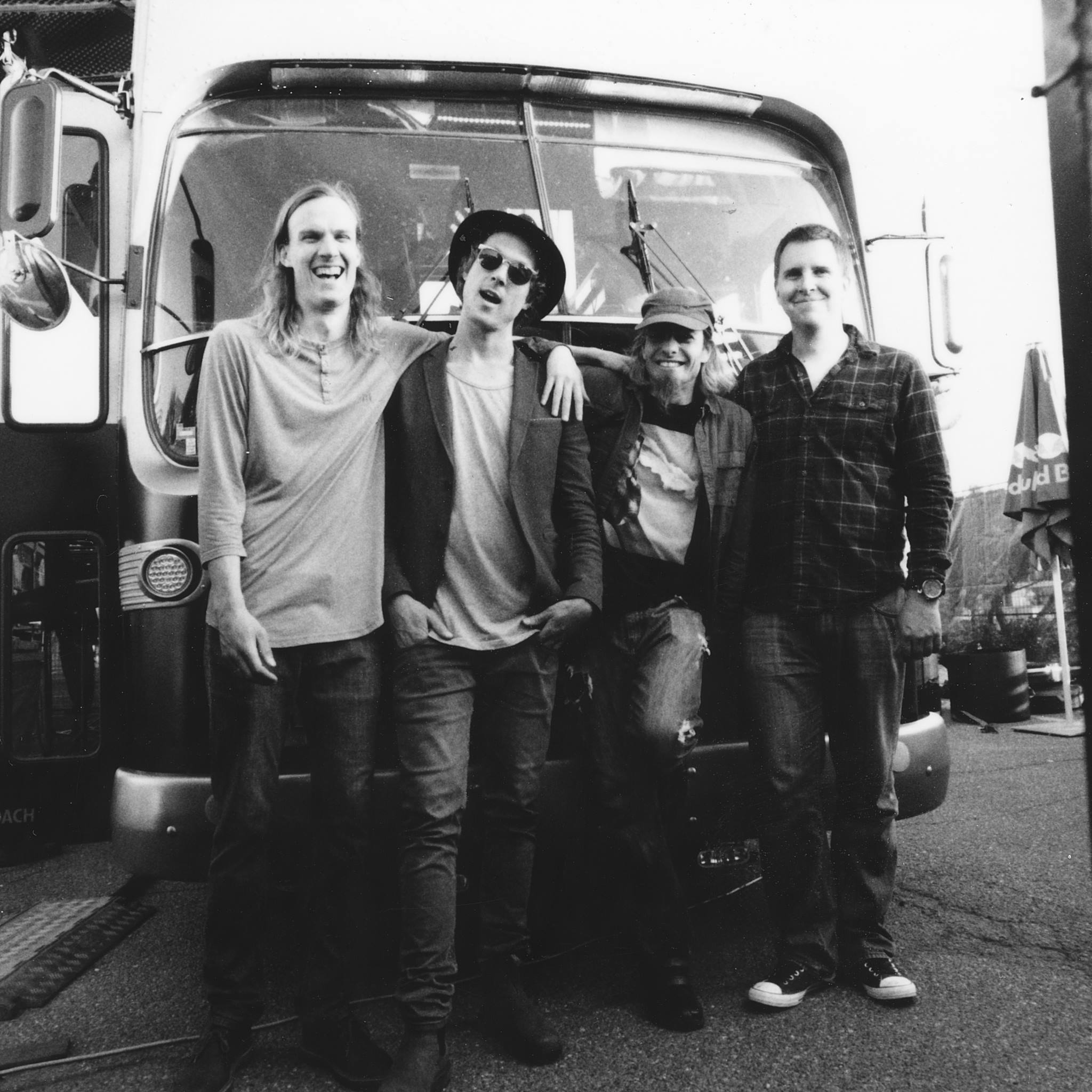 Starting the night off with Current Swell on the outdoor stage provided some quintessential Boulder moments. The Canadian blues-folk band strummed iridescent feel-good tunes against a dusky haze, as the consumption-conscious residents melded together with the burgeoning college-age crowd and a homeless man put two tree branches to use — thrashing and spinning on the outskirts of the crowd. No one batted an eye. It’s easy to see where the man got his inspiration from. Current Swells’ vivacious display was a charismatic one — more akin to watching a friend put on a performance in his living room than a band on stage performing in front of a few hundred people. However, the effect was irresistible and set the tone for the rest of the night.

Following Current Swells’ homegrown stylings was Bahamas. Afie Jurvanen, formally known as Bahamas, sent spine-tingling melodies across Boulder’s hill with over-meticulous guitar plucks and syncopated rhythms. There was not a foot untapped and a head kept still as he’d volley vocals back and forth with backup singer Felicity Williams while occasionally breaking into intricate guitar work.  Though Bahamas audibly fits into the indie-folk category, the band’s many musical inflections and live improvisations seemed to break them from common tropes of folk music into something quite inspiring. In fact, the longer Bahamas went on, the less a specific genre could be pinned on them. One thing is for certain though, Bahamas surpassed many expectations, managing to make indie-folk sound fresh in the process. 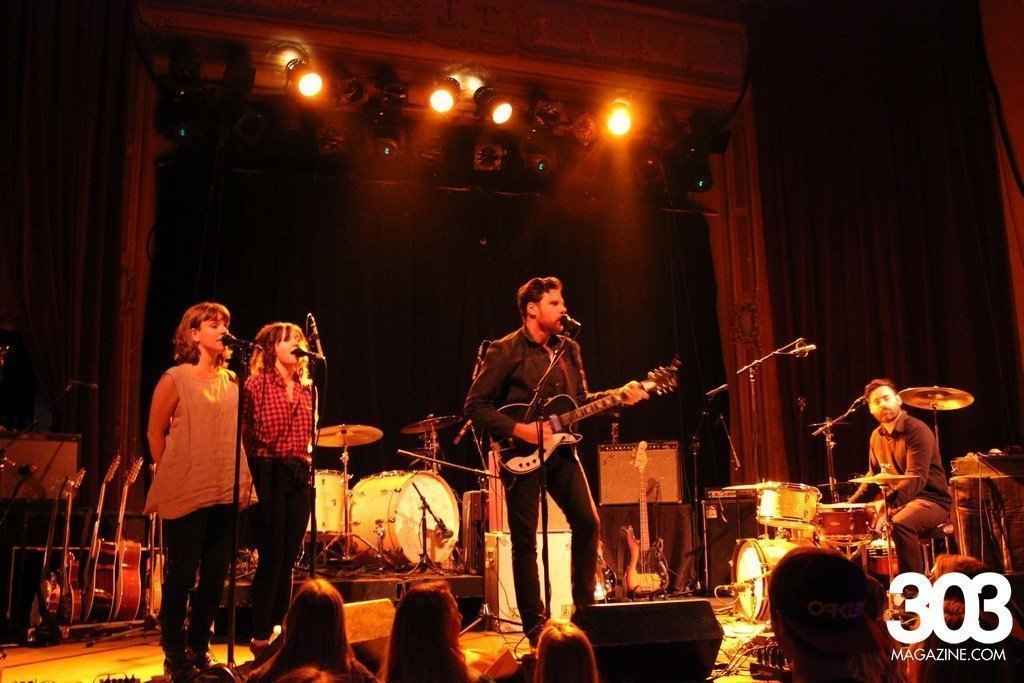 The night soon shifted to the Fox Theatre for The Lone Bellows performance.  After a momentary delay, The Lone Bellows proved themselves to be the real deal. For one thing, the core of the group, Zach Williams, Kanene Pipkin and Brian Elmquist all have earth-shattering pipes that can all stand on their own, but when they come together they make something truly wondrous. On songs like “You Never Need Nobody,” the band resembled a full-bodied choir and on the Elmquist-led track “Watch Over Us,” the band demonstrated blistering reserve, waxing and waning in response to Elmquist’s vulnerability, supporting when necessary and retreating accordingly. The anthems were as potent as the slow burners in pushing the audience across a continuum of emotions. The pure passion of the band overflowed from the group like the sweat from Williams’ wavy mane, making it impossible to not get caught up in the moment whether you were well-acquainted with the band or not. When the band concluded the show, the audience was right there with them — taking the first full breath after a truly exhilarating ride.

When the night’s closer Future Islands eventually took the stage, a tangible excitement pervaded the room. As one of Will Cashion’s signature bass line entered the fray, the Fox Theatre devolved into an all-out dance party. The band’s latest effort, The Far Field offered a darker visage of the band, a step back from the optimism and naïve excitement of love that were motifs of prior releases, but fittingly so in natural progression of the band. However, even at their bleakest moments, Future Islands doubled down on the cathartic nature of their performance, encouraging dancing through the joy and pain all the same. And that’s what we did. 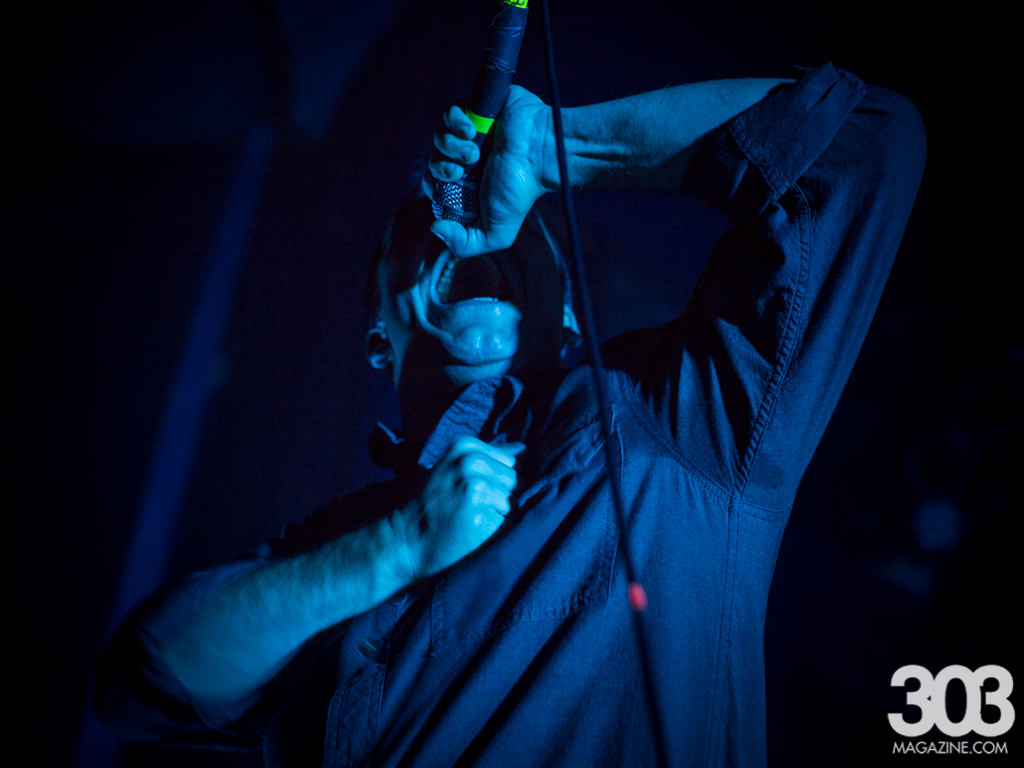 In a career spanning setlist, Future Islands captured the ephemera of their fleeting moment on stage.  They had the crowd wilding out to older cuts “Walking Through The Door,” and “Tin Man” while holding steady in the grip of newer, more somber cuts “Through the Roses” and “Ancient Water.” All the while, lead singer Samuel Herring battled his way through the setlist like a man possessed, swinging his arms, spinning around and kicking his legs out with manic intensity in characteristic fashion. There wasn’t a moment wasted standing still, even as small stage banter would ensue, as those in the audience twitched with energy, waiting for the next hit. The virile performance was infectious, spreading from the front of the house to the rear as if each heavy hitting song demanded submission to their propulsive beats. The unrelentingly brazen nature of Future Islands’ performance from the start through the encore made them a clear standout in a night of already fantastic performances. With the start of the Triple A Conference featuring so much grit, it’s a wonder if anyone will be able to contend with the two remaining days.