Below the exhibit halls of the Denver Museum of Nature and Science (DMNS), tucked away from the peals of laughter and patter of footsteps, sits nature’s mortuary. The Zoology Prep Lab is the receiving room for animals that have met their expiration but who still hold valuable information for our world’s ecological landscape.

Inside its walls, a myriad of specimen from entities like The Denver Zoo and The US Department of Agriculture; Animal and Plant Health Inspection Service (USDA APHIS) find their final resting place. It is in The Zoology Prep Lab that specimen are first received, cataloged, and then stripped down through an intricate decomposition process so that the scientific community may learn more about the species as a whole.

One of the greatest helpers of this decomposition process is the dermestid beetle, the larvae to be precise — housed in large, plastic bins called “dermestariums.” There’s nothing fancy about this process, Andy Doll, the zoology collections assistant, explained. It’s just nature taking its course, with a little help from human intervention now and again.

Museum volunteers in bright blue gloves and crisp white lab coats strip the specimen of its pelt, which is then cleaned and pinned out. Then, they collect DNA from organs, like the heart and liver, and muscles which will get stored in the ultra cold freezer. These samples can be stored for decades to hundreds of years, and beyond, as long as a certain low temperature is maintained. The importance of these collections is so that scientists from across fields can learn more about species from a variety of information. From studying evolutionary lines of cotton tail rabbits from differing regions, to analyzing tape worms, to learning more about the diet of a particular bird, scientists can paint a better picture as to where the species and that particular animal came from and where the species, and its survival, are headed. Parasites are also extracted from the gastrointestinal track and stored. Once all necessary samples have been harvested, the skeletons are left to dry further on racks to mitigate mold growth, before being introduced to the dermestarium.

For the finale, each group of bones is tagged and placed in a dermestarium that houses a colony of dermestid beetles. The Zoo Prep Lab has a total of six beetle colonies working ’round the clock. Once the bones go in and the lid is sealed, that’s when the magic starts to happen. Larvae pick the rotting tissue off the bones at various rates — a skeletonization can take anywhere from a few days to four years. Some of these beetle colonies have been living in the same containers for over 40 years, devouring tissue remnants off skeletons, procreating, and dying — only to drop down to the bottom of the tank to make room for the next generation to grow, eat and thrive.

There are no flashing monitors, no shiny utensils — really, there’s not much aesthetically pleasing about a dermestarium. Just foggy aquariums filled with beetles, animal flesh, and recycled containers that keep the bones from the same specimen together. But if you look past the decay, it’s nature’s whole spectacle, right before our eyes, on a small scale but encompassing everything from the opening lines to the rolling credits. Death, decay, procreation, birth, and death again — the one sure thing in all our interwoven lives.

“Every little bit of information helps us fill out the picture, which is a big picture — the life of the universe.” – Jeff Stephenson, zoology collections manager

The lab can be a jarring sight — natural, once vibrant and bustling forms lay lifeless against cold, metal tables, waiting to serve a final purpose. Their presence highlighted by the bright fluorescent bulbs reflecting off the white laminate floor. Hard lines and stiff surfaces support the gentle curve and soft material that nature brings to her forms. Even though the apparent contrast between man and nature is present in the lab, it doesn’t feel like a dramatic battle is being played out among the two life forces. It’s more symbiotic than that. When asked if being around lifeless creatures all day long made them confront their own mortality, both men answered with a resounding yes. “We know very often, their [the animals] circumstances. But these things will be around for centuries and millennial helping people figure out all sorts of questions. Questions that people who haven’t even been born yet will ask. So, it’s a balance,” said Jeff Stephenson, zoology collections manager.

However, Doll and Stephenson were quick to assure that these musings rarely, if ever, ventured into the macabre. Stephenson explained that, because of this exposure to death, he is better able to picture himself as one thread in this sweeping tapestry of the universe. He is working to protect this world and our current understanding of it by preserving these animal remains. Not only is the internal DNA from organs, muscle and tissue important — but the actual skeletal remains are valuable as well. When animal remains are discovered, scientists can bring those remains to DMNS and compare them to the already collected and cataloged skeletons. This comparison can highlight migration patterns, evolutionary trends and much more. It is the hope that the efforts performed here will bolster scientific advancement and inspire future generations to be better caretakers and curators of their world.

It is a simple process but it also is the entirety of our universe played out on a tiny, recycled stage, in one room, in one museum, in one state. Yet, it’s the most important process taking place in that room. It’s the reason many species are around, back from the brink of extinction, because of rooms like this and people like Stephenson and Doll.

Once the bones are picked clean and washed with an ammonia/water mixture, they are brought down to the Avenir Collections Center — a cavernous room, 63 feet below the earth, filled with gleaming white filing cabinets. It’s inside these cabinets where preserved species are stored for future scientific uses. Each cabinet contains shelves of pinned out specimen from Africa to Australia, and everywhere in between — some specimen date back to the 1940s.

The collection is a way for the Denver Museum of Nature and Science to store, record and share species from all over the world. Paleontologists can utilize the collection to compare recently discovered skeletal remains to old species. Ornithologists can study birds from different regions and track how they’ve evolved over time and distance.

The Avenir Collection is also available for public viewing through scheduled tours. Other guests include school groups, teacher professional development groups and groups from local organizations such as the Denver Botanic Gardens.

Stephenson underscored the entire sentiment and purpose of the collection by reminding us that this collection doesn’t belong to one museum, one state or even one nation. He emphasized that this shelf of stuffed falcons from the 1940s and this tray of Japanese beetles, and this taxidermized jaguar from almost 100 years ago, belong to all of us — to the world. It is their duty and privilege to preserve and protect it so that there will be something left for future generations. 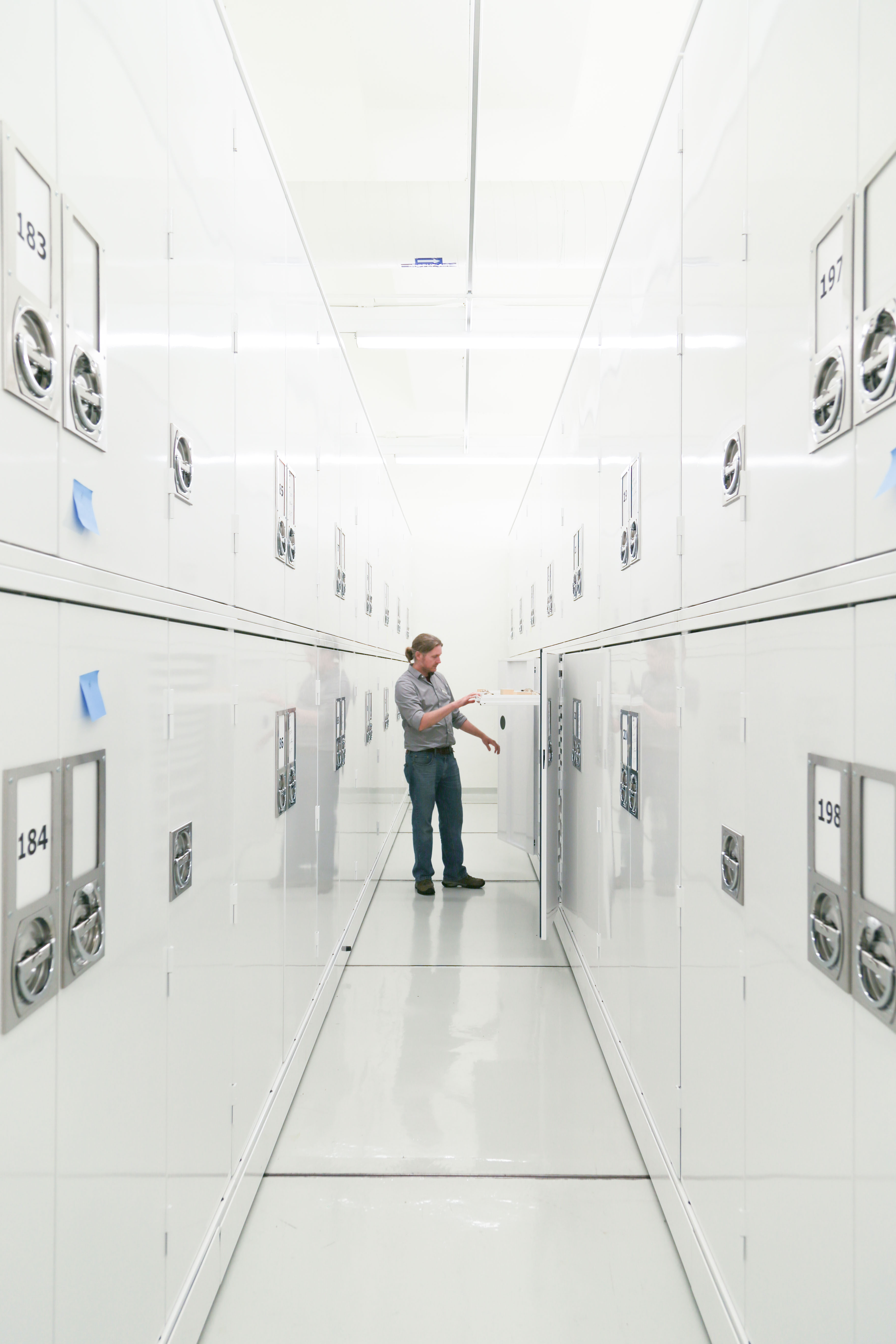