Yasman Azimi, better known by her stage name YaSi, is determined to break the mold in the music industry. Beyond her music and stage presence is a young woman who expresses herself through her lyrics, her persona and her clothes. YaSi sat down and talked to us about her eclectic style, her Persian background and the fashion we’ll see her in while on stage.

303 Magazine: Tell me about the name YaSi.

YaSi: YaSi is a nickname my mom gave me from Yasmin. In Farsi my name is Yassaman, so everybody would call me YaSi back home. As an artist, I would never want to be called my legal name because I don’t think you should give everybody your entire side. I like to think YaSi is the best parts of me, and I also like that it keeps my culture in the forefront. Also, my dad misspelled Yassaman on my birth certificate, so it looks like Yas-man, and I always expected to get bullied from it but actually never did.

YaSi: Always changing. I think it’s boring when someone just sticks to one aesthetic, that looks cool for Instagram but in reality one day I’m happy, the next day I’m sad, and clothes can reflect that. I think when you get bored with the clothes you wear, it has more to do with outgrowing the person you were. Some days I want to dress like a boy, some days I want to look cute in a dress, and other days I just put something else together.

303: Favorite thing to wear on stage?

YaSi: In the fall, it’s definitely my leather jacket. I like wearing my Timberland’s on stage because they make me feel super powerful, I can jump around on and not worry about falling. I also love to wear this necklace every day. My grandma gave me [it]. It’s my name in Farsi and it makes me feel protected. I try to put my culture in my clothing or makeup as much as possible. 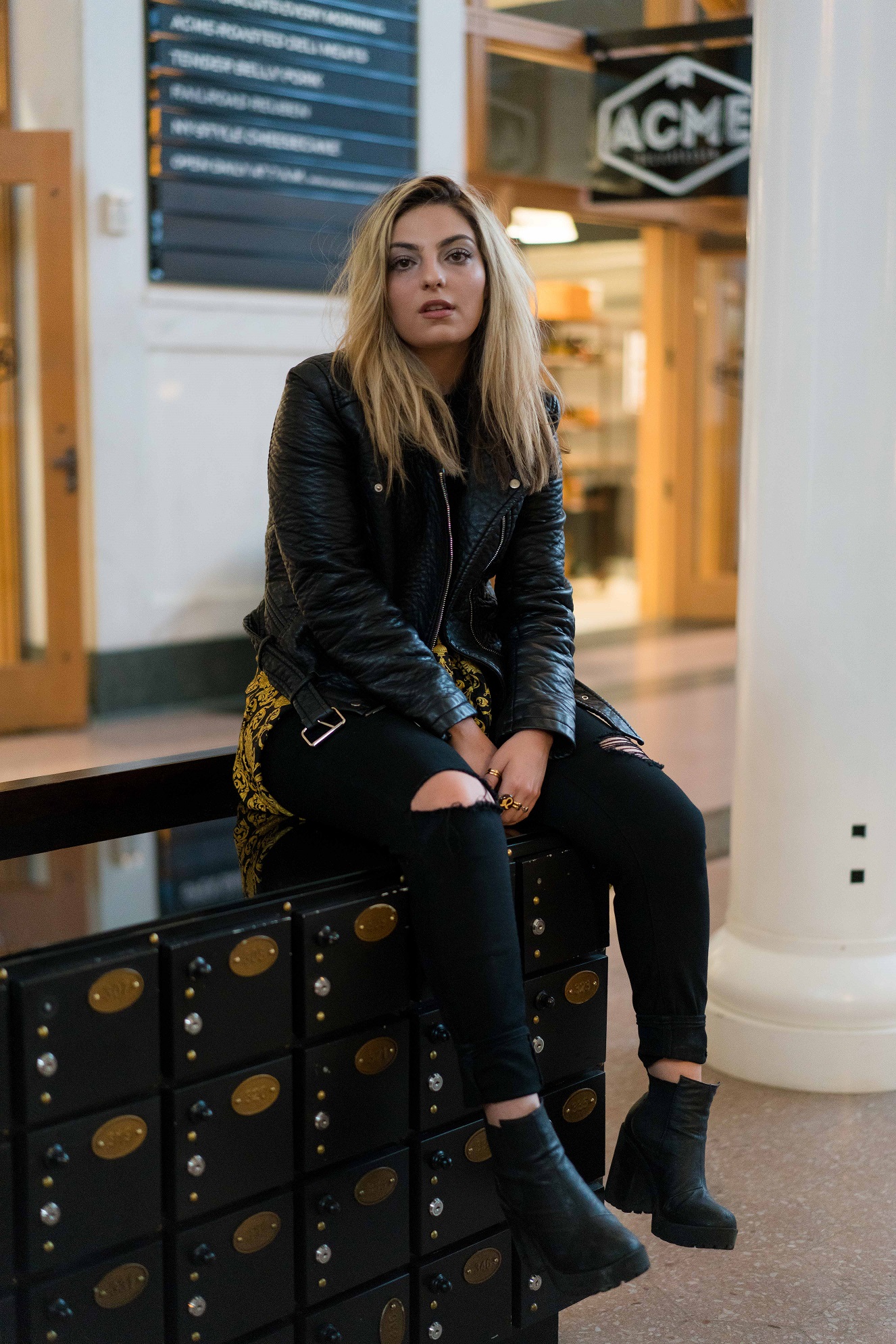 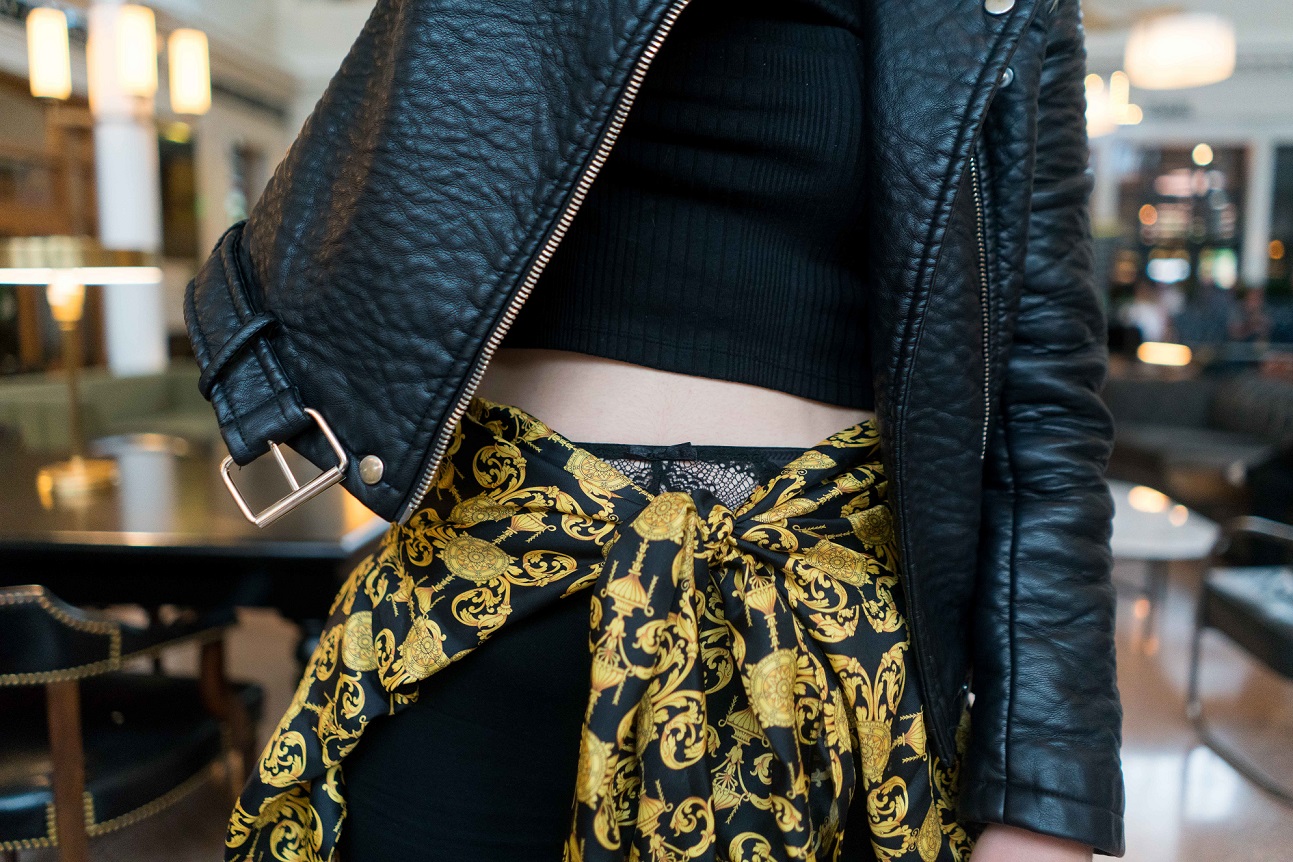 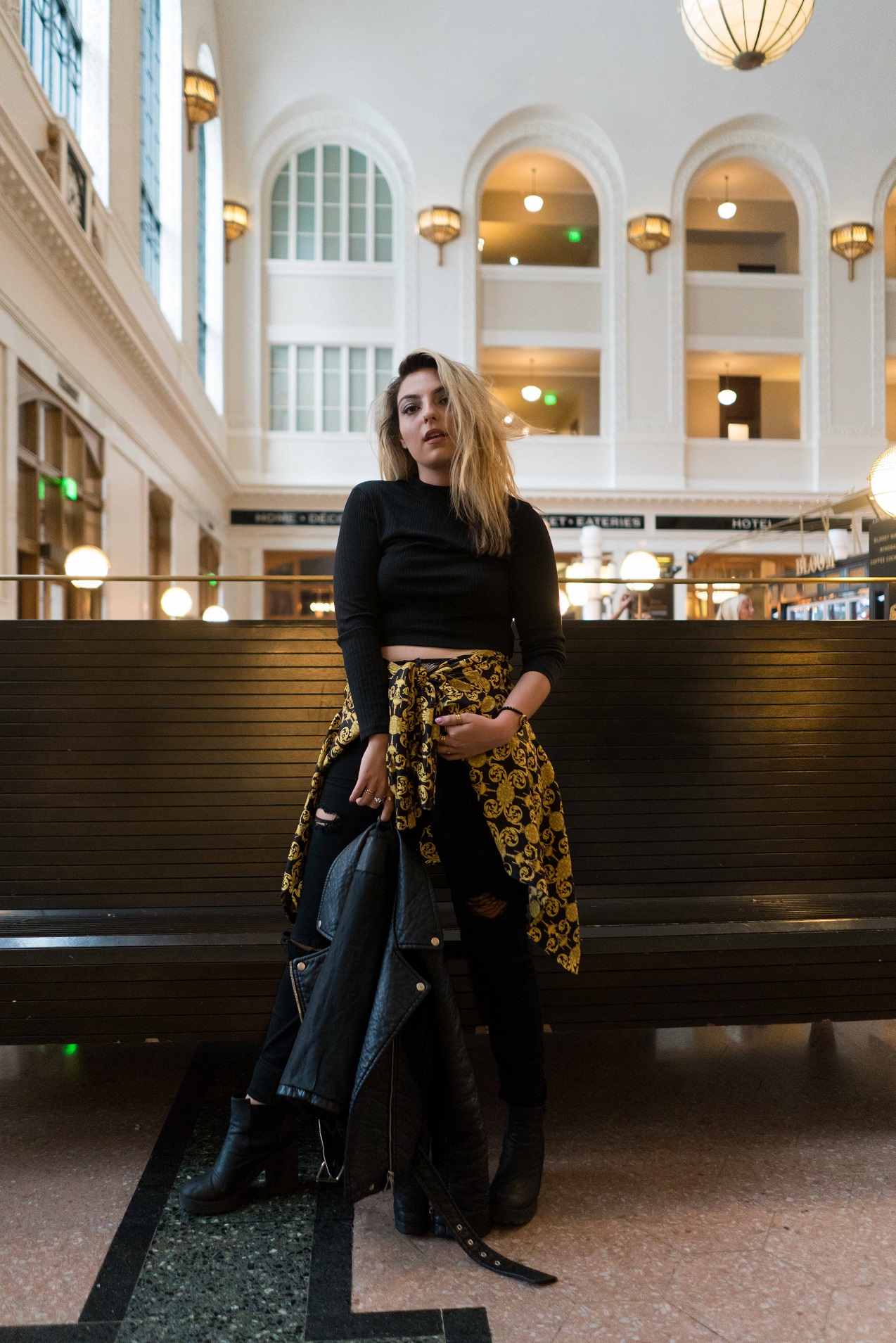 YaSi: I always wanted to sing, but being a child of immigrants and of parents who are scared of letting you go off and do something creative that might not make as much immediate money, I never thought it was feasible. But I got started with a band called H*Wood. He heard a Frank Ocean cover I did on Youtube and asked me if I wanted to be in the band and that’s how everything took off.

303: What was the first song you ever learned?

YaSi: According to my mom, What if God Was One of Us was the first song I learned when I was three years old. My mom found out I was a good singer from listening to me sing along to Disney movies since I watched them religiously.

303: Do you get nervous before a performance?

YaSi: The only time I get nervous is maybe a day before but I’ve done it a lot at this point and I’m confident with who I am on stage. As a person, am I insecure? Yeah, that’s natural. But when I’m on stage, I’m in the zone and realize that I’m either here to give people a kick-ass show and make them want to listen to my music or I’m going to give them a shitty show and then what’s the point? So, I don’t get nervous, it’s not in me anymore. 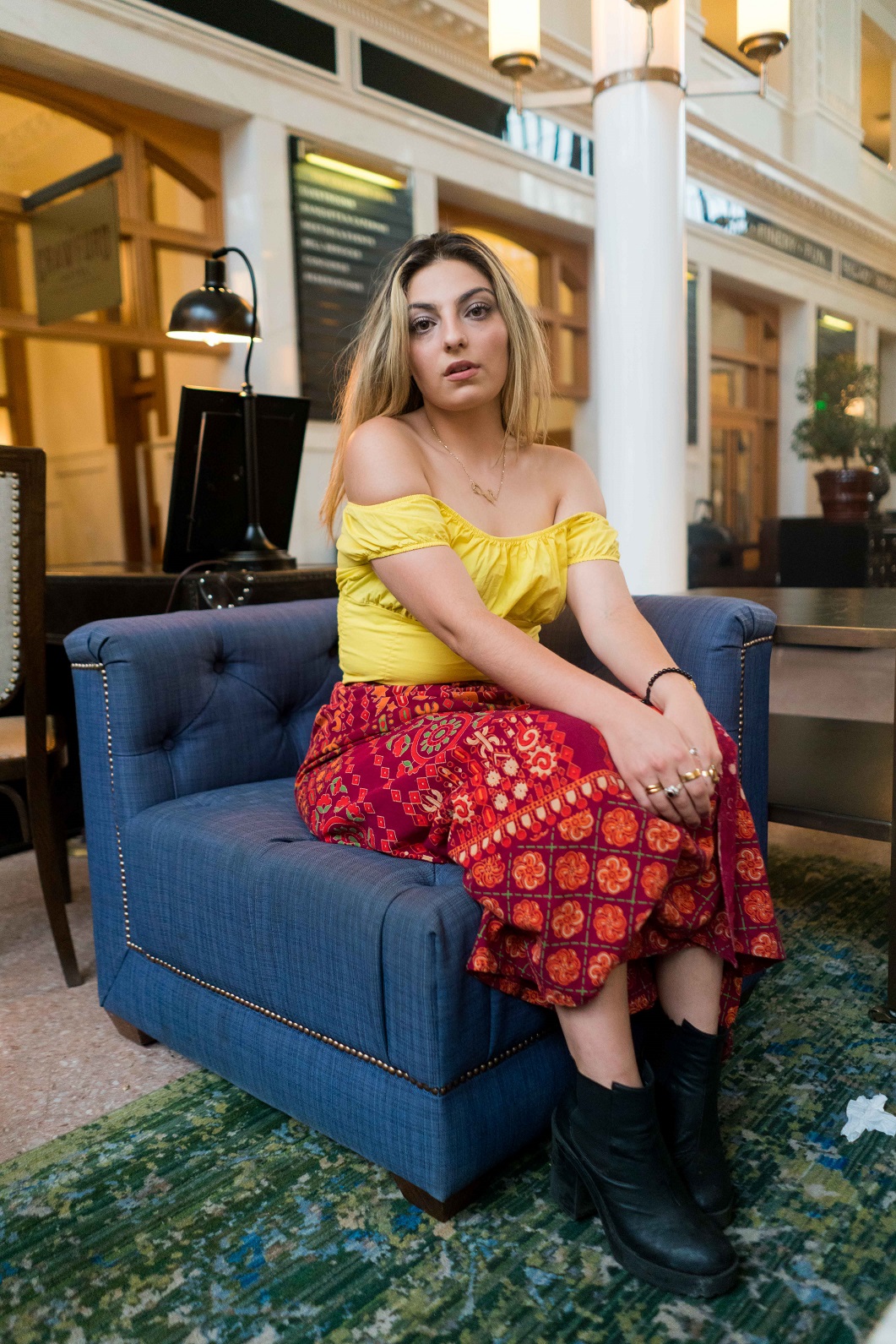 “For a long time, I pretended I wasn’t Persian and I didn’t want to be associated with my culture because it was something people could make fun of me for. When I went to Iran in January, it opened up my eyes to my culture, my people and where it is I come from.” 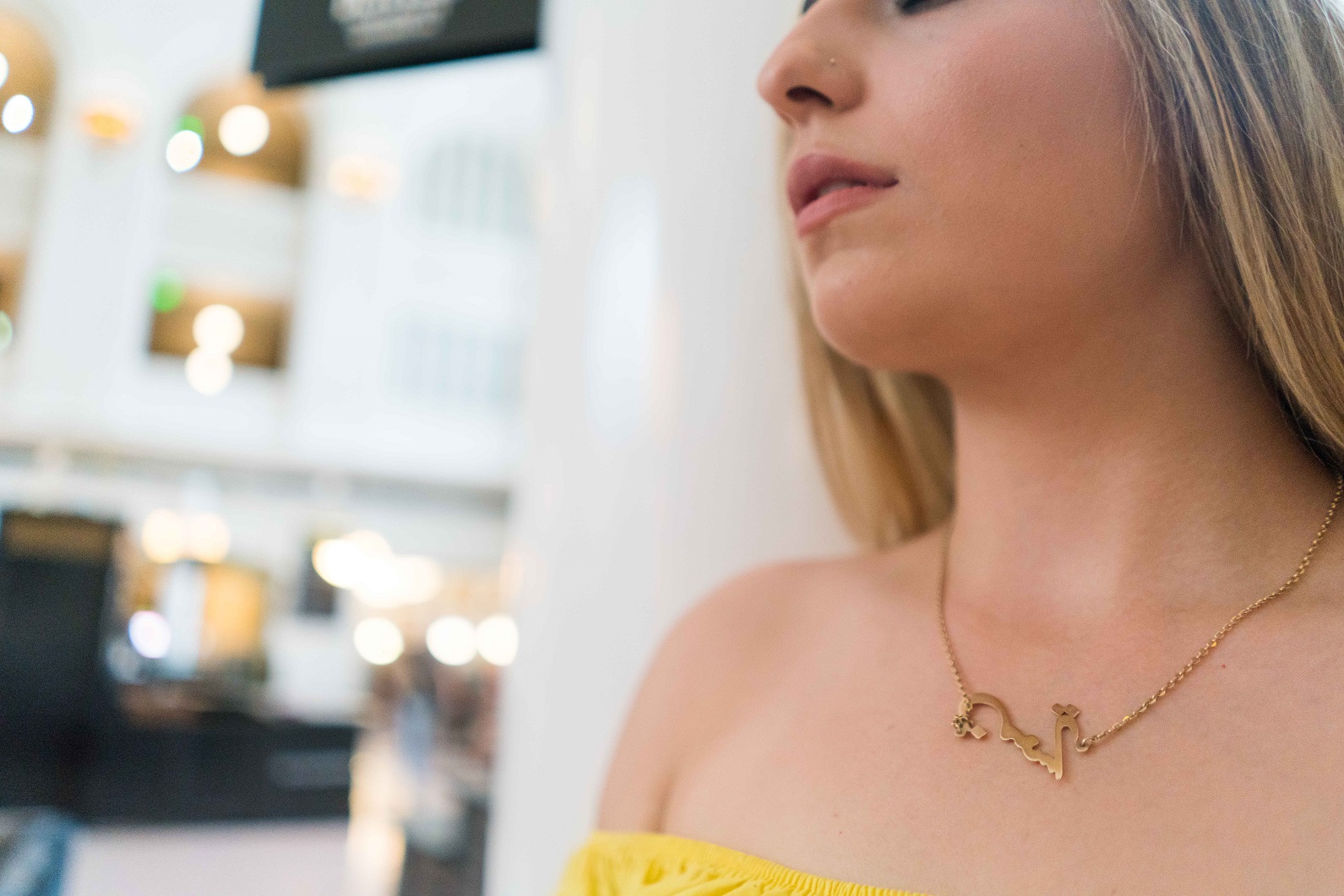 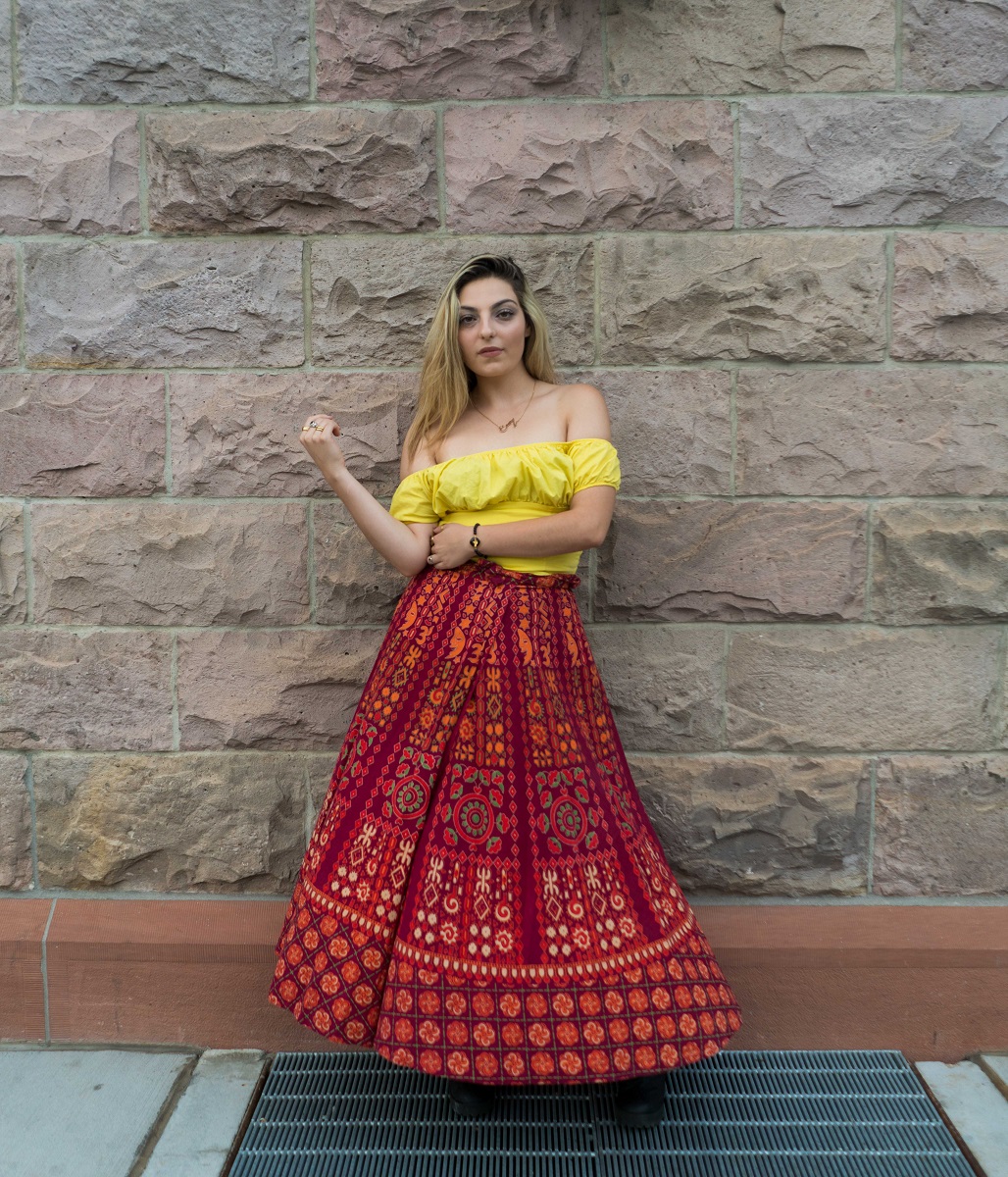 303: Tell me about being a musician with Persian heritage. Does it influence your music or your style in any way?

YaSi: Being a musician and Persian was terrifying at first because the government over there is a lot different from ours, but the older I got the more I realized if kids out there can’t express themselves completely and I have an opportunity in this country, then why take that for granted? My parents came to this country to give me new opportunities and they thought I was going to be a doctor or lawyer but it ended up being with music. For a long time, I pretended I wasn’t Persian and I didn’t want to be associated with my culture because it was something people could make fun of me for. When I went to Iran in January, it opened up my eyes to my culture, my people and where it is I come from. There’s more of an influence in my music, I try to inflect some of the vocals they have there, and with clothes, I definitely try to get pieces that remind me of home, anything that’s bold and unapologetic. The beautiful thing about Iran is people have it twisted and don’t know what’s going on there. It’s rich in color, rich in food, rich in flavor and the way people speak to each other is full of love and respect. That trip was the best thing that could ever happen to me because it made me appreciate my roots and family and sacrifice. Everybody think it’s dangerous and desolate and it was one of the most beautiful places you could go. Yes, it can be scary and I don’t want to get exiled but I’m hoping by the time I pop, the government’s going to change.

303: You’re going on a world tour tomorrow and can only take one article of clothing with you. What do you take?

303: What’s something we’re never going to see you wearing?

YaSi: Jelly shoes and flip flops. The jelly shoes probably make your feet smell and why would you do that to people you care about?

303: What’s something you’d like to see more of in Denver’s Fashion Scene? 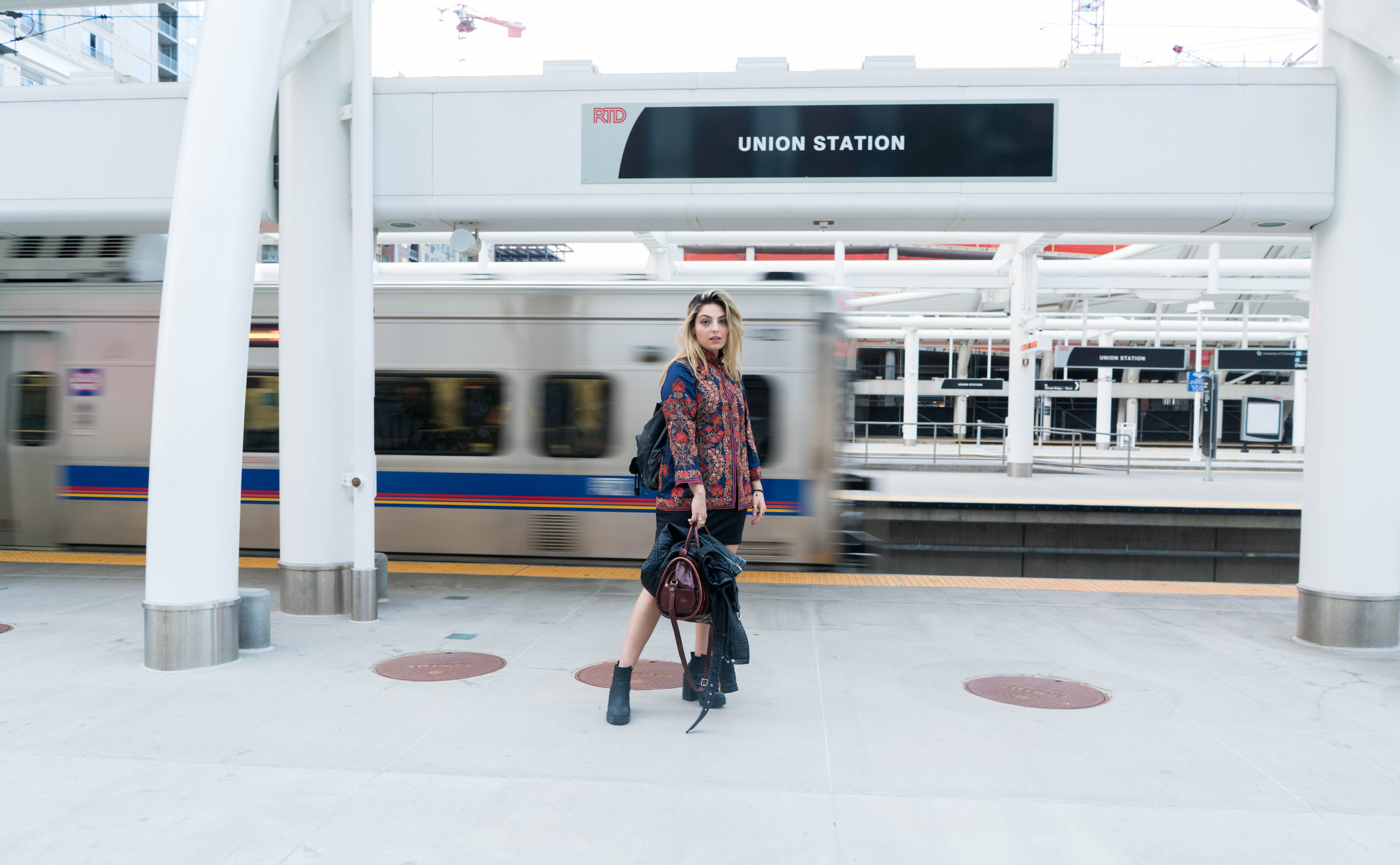 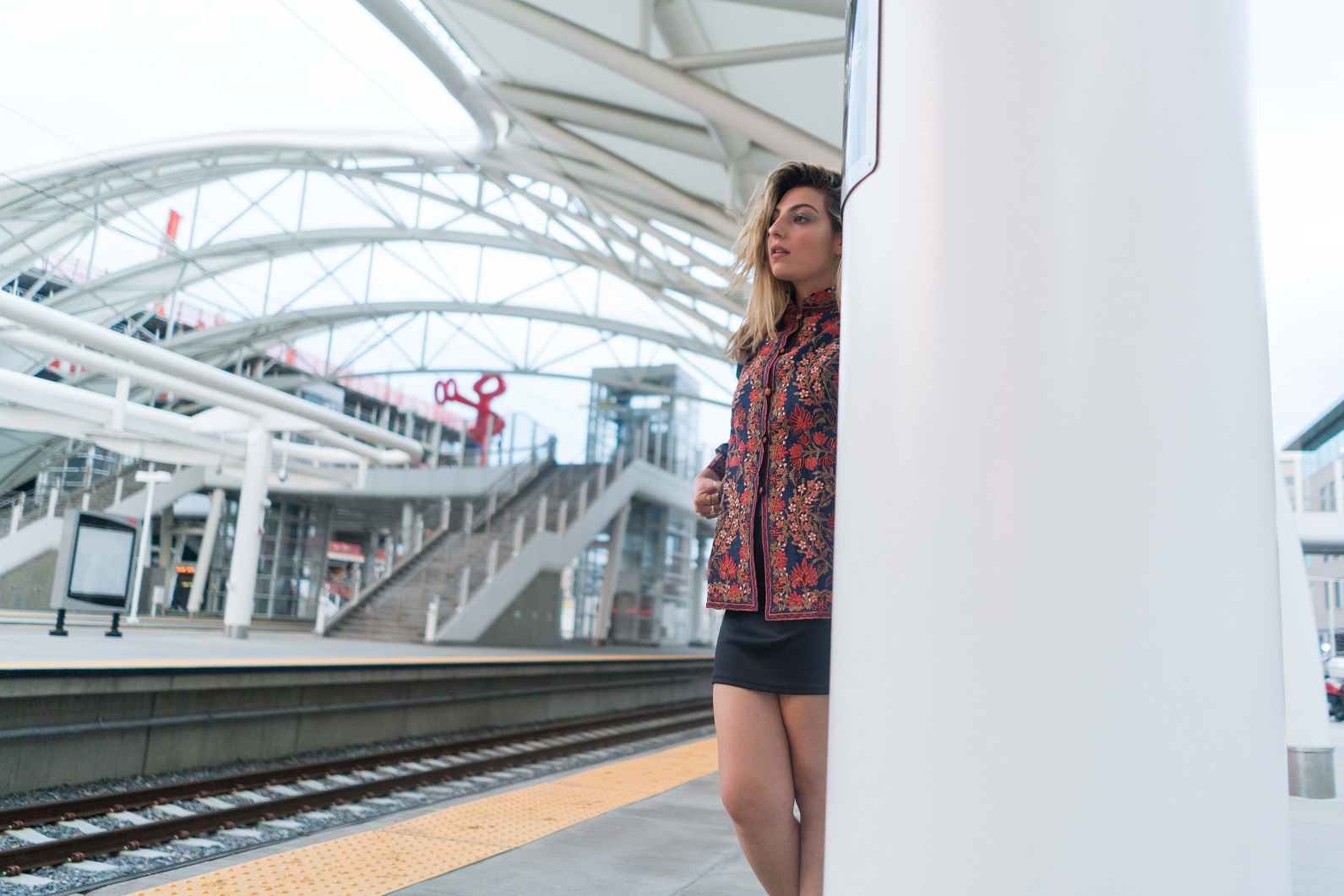 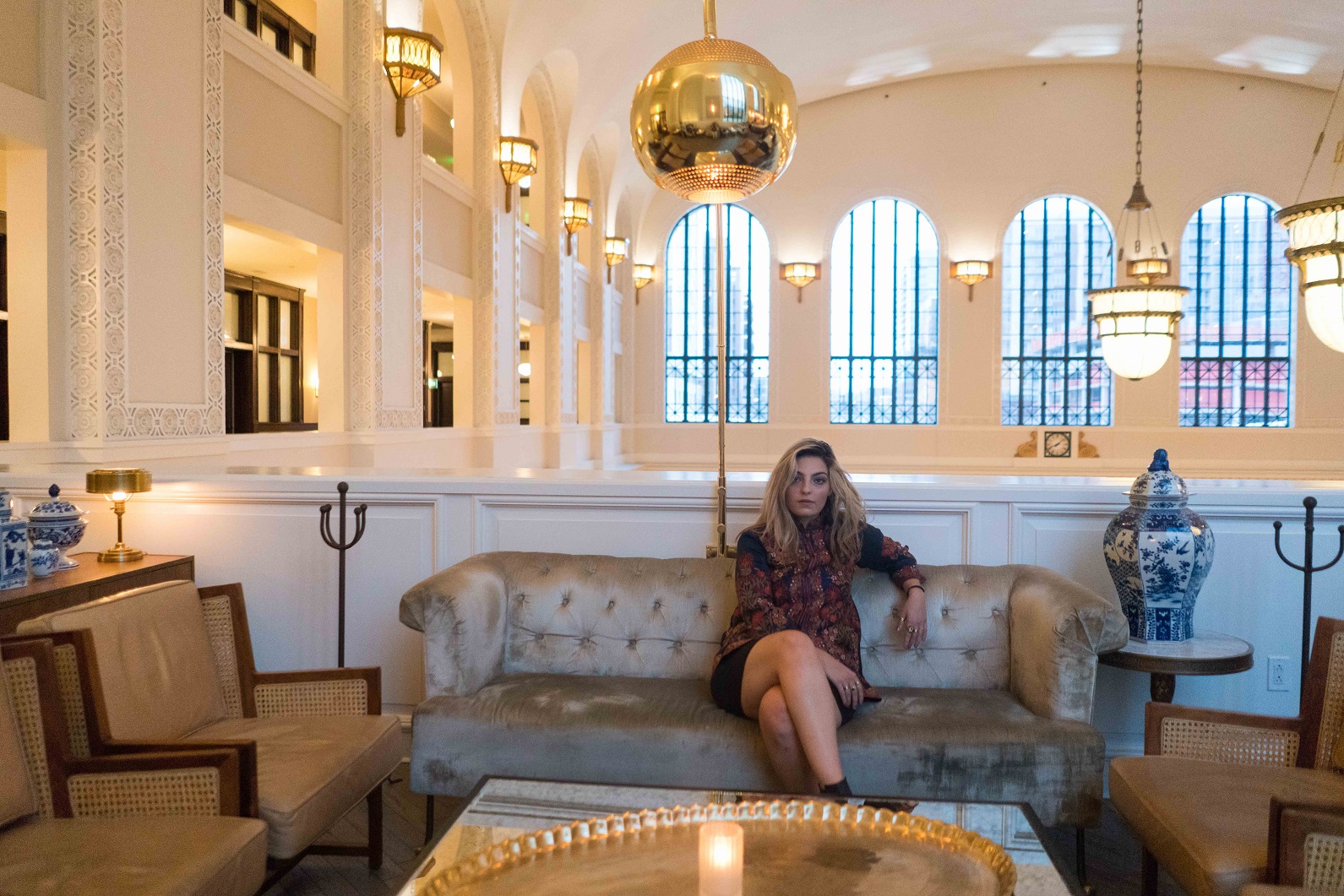 303: Any style or music inspirations?

YaSi: Rihanna is my queen. She’s one of those people that could wear anything and look incredible. Gwen Stefani is also a big inspiration because she took a lot of chances and exposed Harajuku culture to America. Lala Mish Mish is so cool. Shirin Neshat amazes me. Also, random people on Instagram who put outfits together inspire me. The world is my muse. Different types of people approach you when you wear different things. I dig how people put themselves together.

YaSi: Be your fucking self. Everybody’s going to try and change you no matter what level you’re at. Have a clear vision because there will be people who say, ‘We can make you big if you change this and that about yourself,’ and if you want to sell your soul, sell it, but if you want to be authentic you gotta stick to your guns. Also, you have to make mistakes because if you don’t take a chance, you’re always going to regret it. Go with your gut and trust yourself.

All photography by Meg O’Neill.  303 Style Profile is an ongoing series highlighting unique locals and their incredible style and stories. Go here to see past profiles. 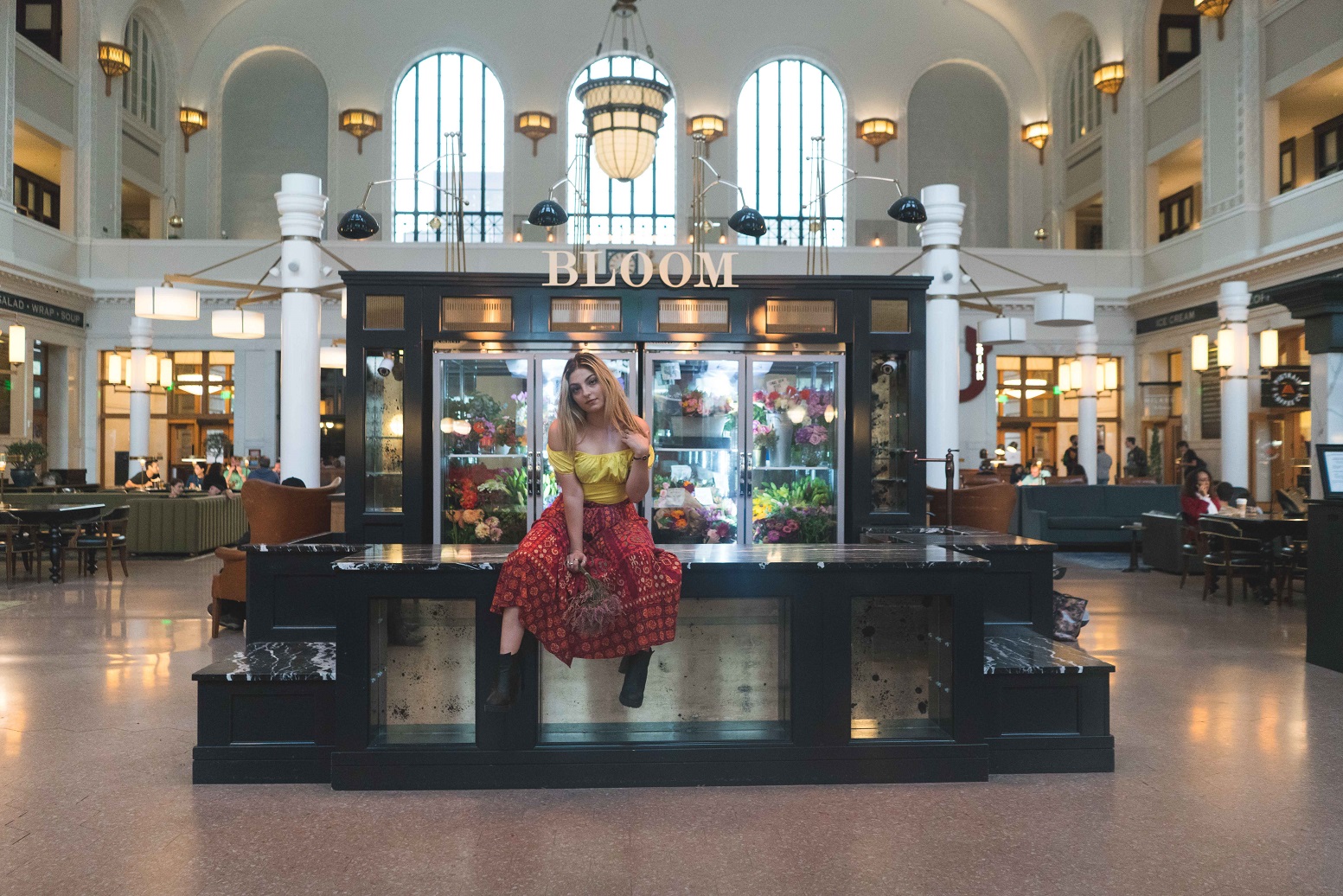