15 Colorado Mountain Breweries Worth The Drive

There are so many breweries in and around metro Denver that we tend to get into our beer routine and forget to explore. The brewery scene in the mountains is growing and it is offering up special beer if you are willing to make the drive. It’s a great excuse to escape the heat as summer comes to a close, or you can plan to make a stop when you head up to check out the fall colors. Year-round, each of these breweries is taking what’s going on in Denver and adding its own special mountain flare. We want to help you plan your next trip — whether it’s just for the the day or the entire weekend, there is a drive and a brewery for you.

Here are our top 15 breweries worth the drive to the mountains. 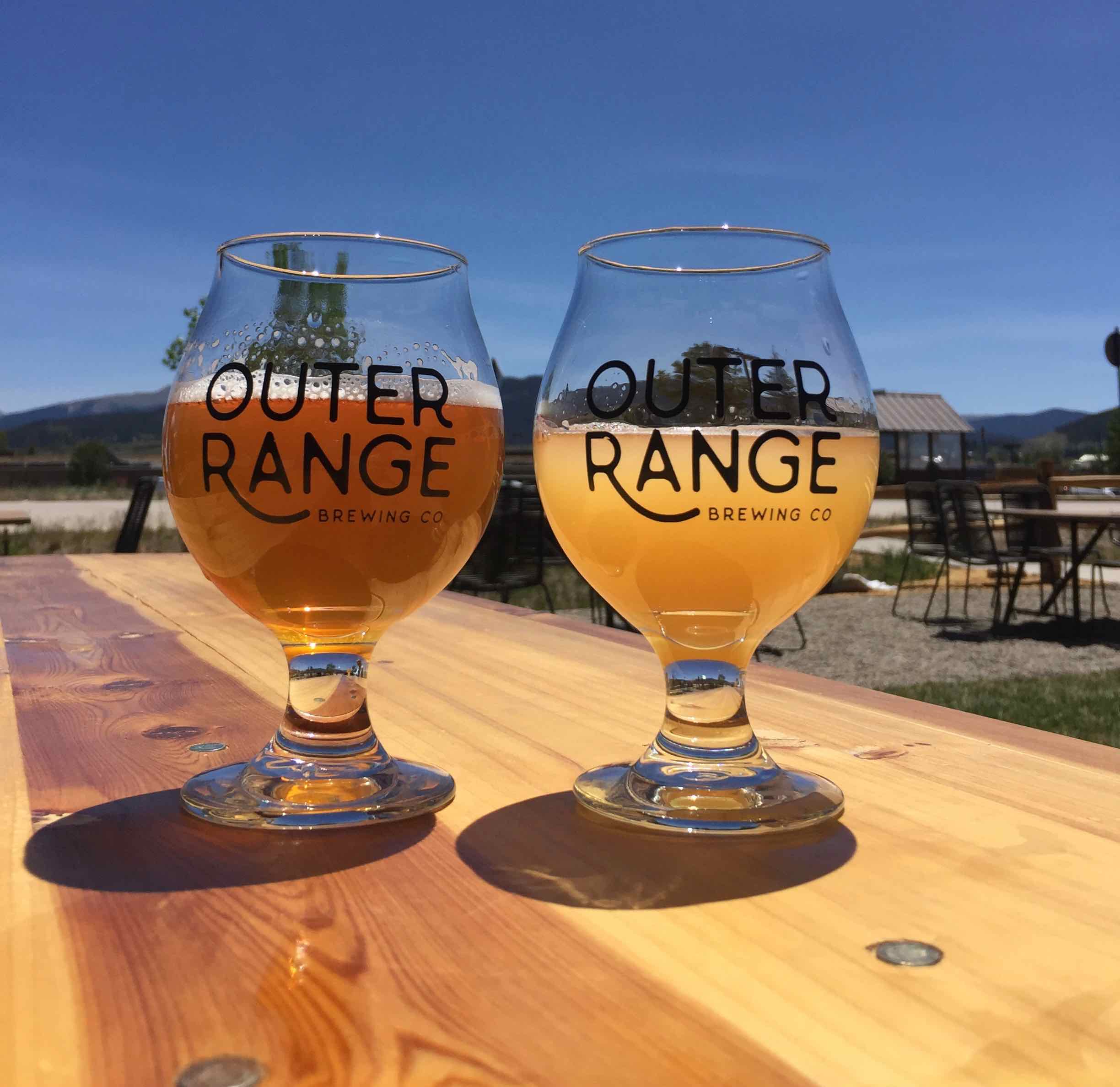 Location: 182 Lusher Ct., Frisco
The Lowdown: Every brewery has as style or a focus when it comes to its beers — it is usually what they are most passionate about. At Outer Range, the team is all about Belgians and IPAs, and the IPAs are quickly becoming every Colorado beer drinker’s must have. The team’s unique take on both beer styles and the fun outdoor patio and overall atmosphere make this a fun brewery that isn’t all that different from Denver.
Recommended Beer: In The Steep — this juicy and hazy IPA alone is worth the trip up to Frisco.

2. Westbound and Down Brewing Company 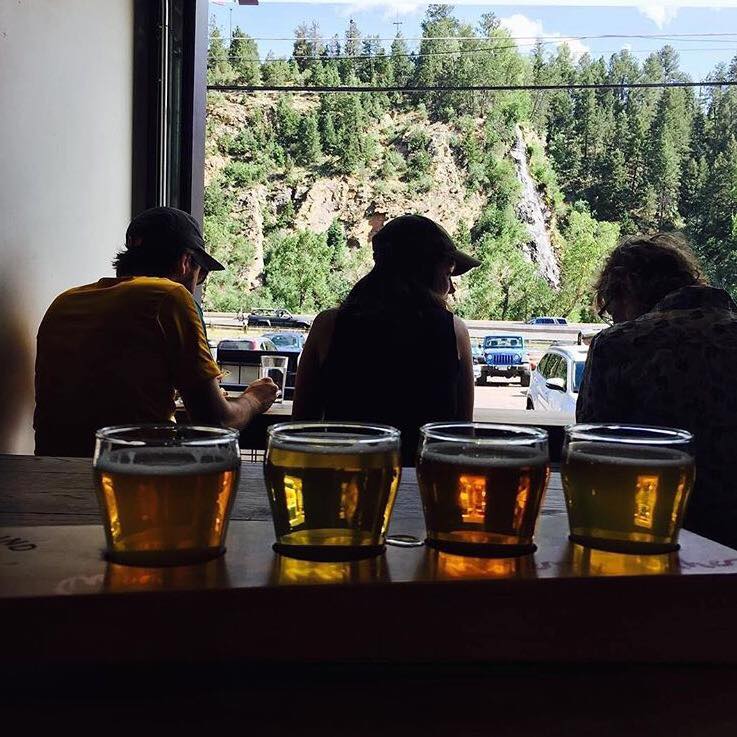 Location: 1617 Miner St., Idaho Springs
The Lowdown: Whether you are starting or ending your trip to the mountains, this a great place to stop. The beer menu is diverse, and the team partnered with The Buffalo — a restaurant next door — so you can have great food to pair with any beer on the menu. Bonus — you can bring your dog inside, so it’s great all year round.
Recommended Beer: Vers L’Ouest Tripel — this beer brewed with Westmalle Trappist yeast is a light beer with deep flavors including fruit, cloves and a touch of pepper. 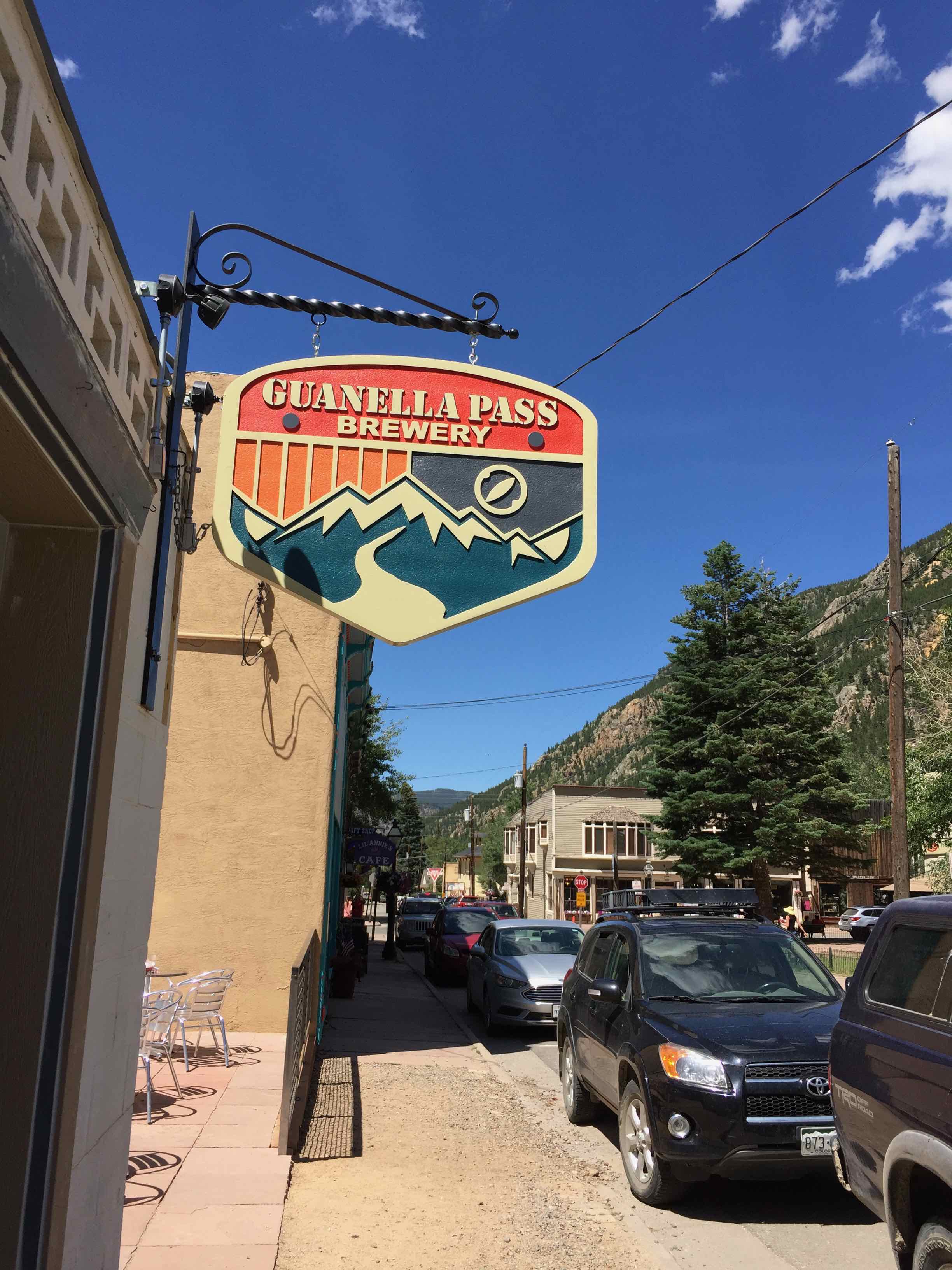 Location: 501 Rose St. Box 952, Georgetown
The Lowdown: This brewery is rustic and is the epitome of a small mountain brewery. The views are immaculate, and each beer is paired with a unique mountain theme. The atmosphere lets you know it’s a local spot, and it’s easy to forget you are moments away from one of the busiest highways in the country.
Recommended Beer: Grey Wolf Mountain — a rye saison that is perfectly dry with a nice burst of rye flavor. 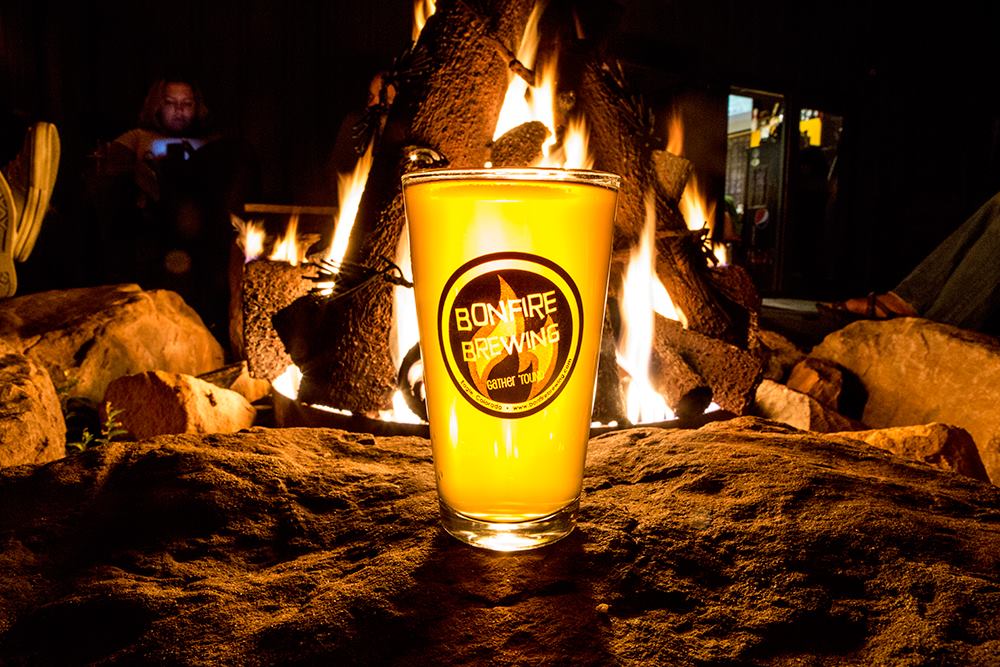 Location: 127 W. 2nd St., Eagle
The Lowdown: Bonfire is a bit further than most of the breweries on the list, so you might have to plan ahead. Located on the other side of the Vail valley, you can enjoy a massive tap-list and a different set of views — fewer mountain peaks and more valleys.
Recommended Beer: Firestarter — this IPA is hoppy but balanced and is a staple at the brewery. 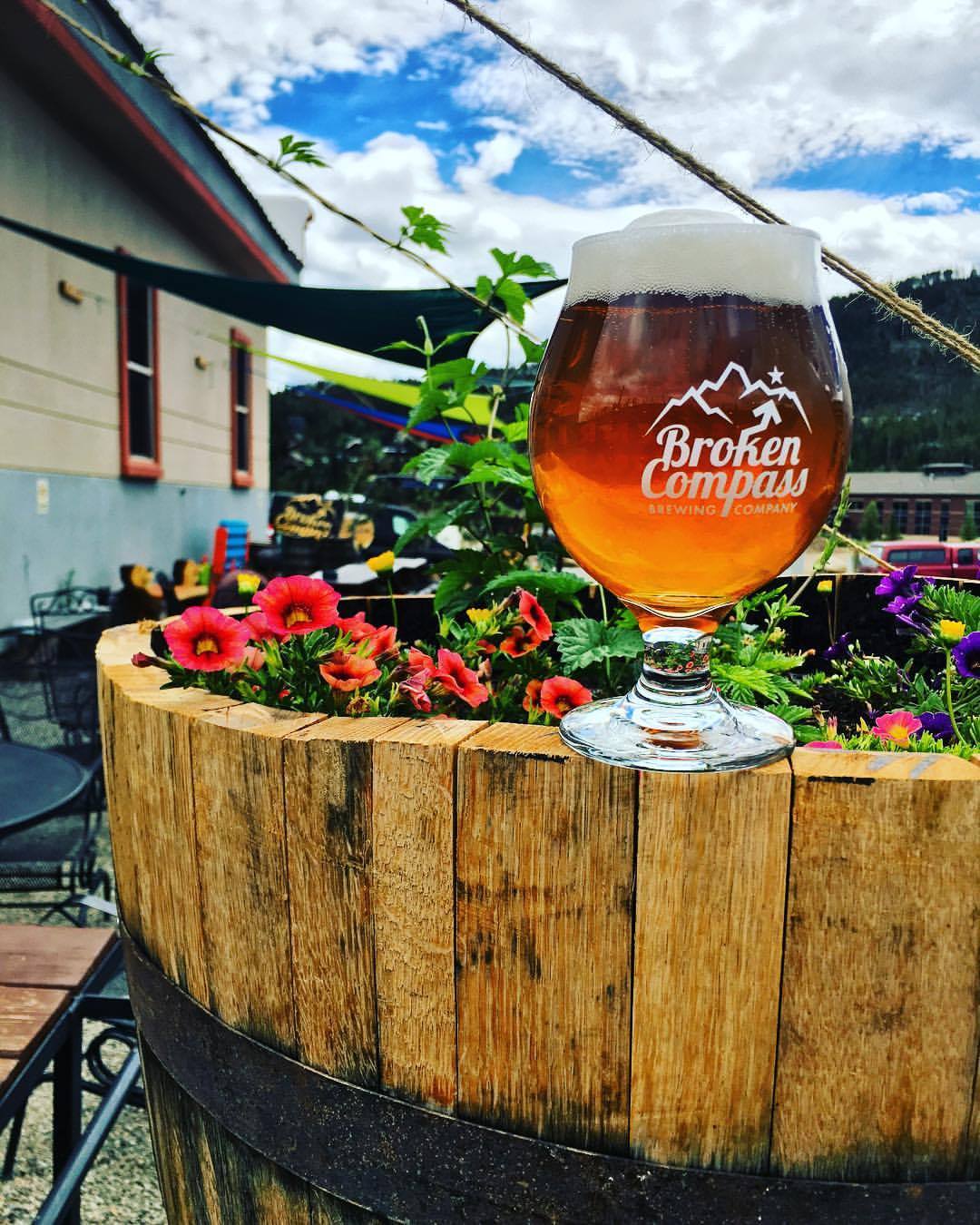 Location: 68 Continental Ct., Breckenridge
The Lowdown: Broken Compass is nestled in the ski town of Breckenridge. The beers are tailored around the people and their love for the mountain — but don’t worry, it’s not just about the skiers. It’s for anyone who wants to get up there.
Recommend Beer: Irish Red — this beer is an old-school style that you don’t see as often, and the brewery does it well. A beautiful red color with a caramel sweetness — it’s good coming off the mountain in skis or on your bike. 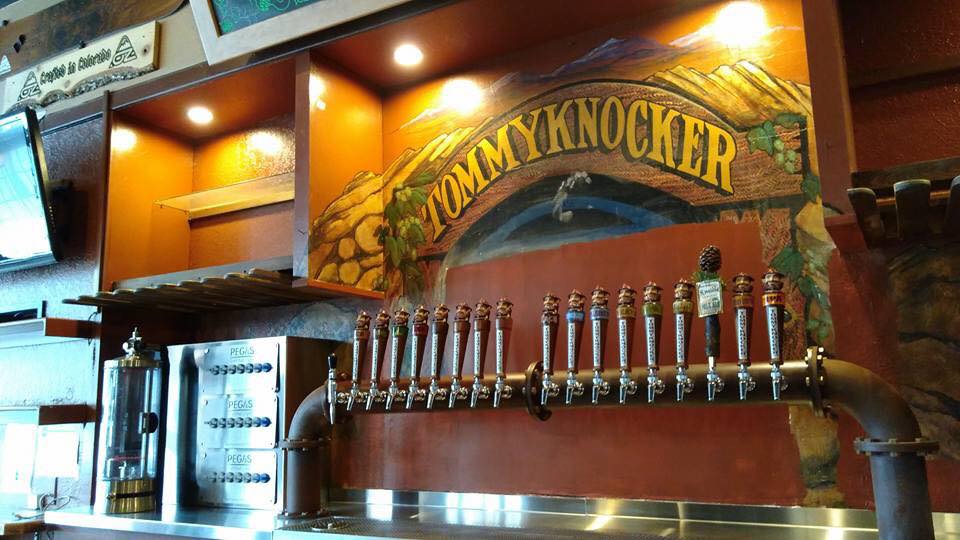 Location: 1401 Miner St., Idaho Springs
The Lowdown: This is the original mountain brewery. Tommyknocker has been knocking out beers in Idaho Springs for the last 20 years and should be on every must-visit brewery list. The beers range from traditional to spicy, and each one has a taste of the Colorado mountains.
Recommended Beer: Imperial Nut Brown — this beer takes the brown to the next level. It’s malty with some sweetness and comes in at nine percent for its ABV so make sure you have a plan to get down the mountain. 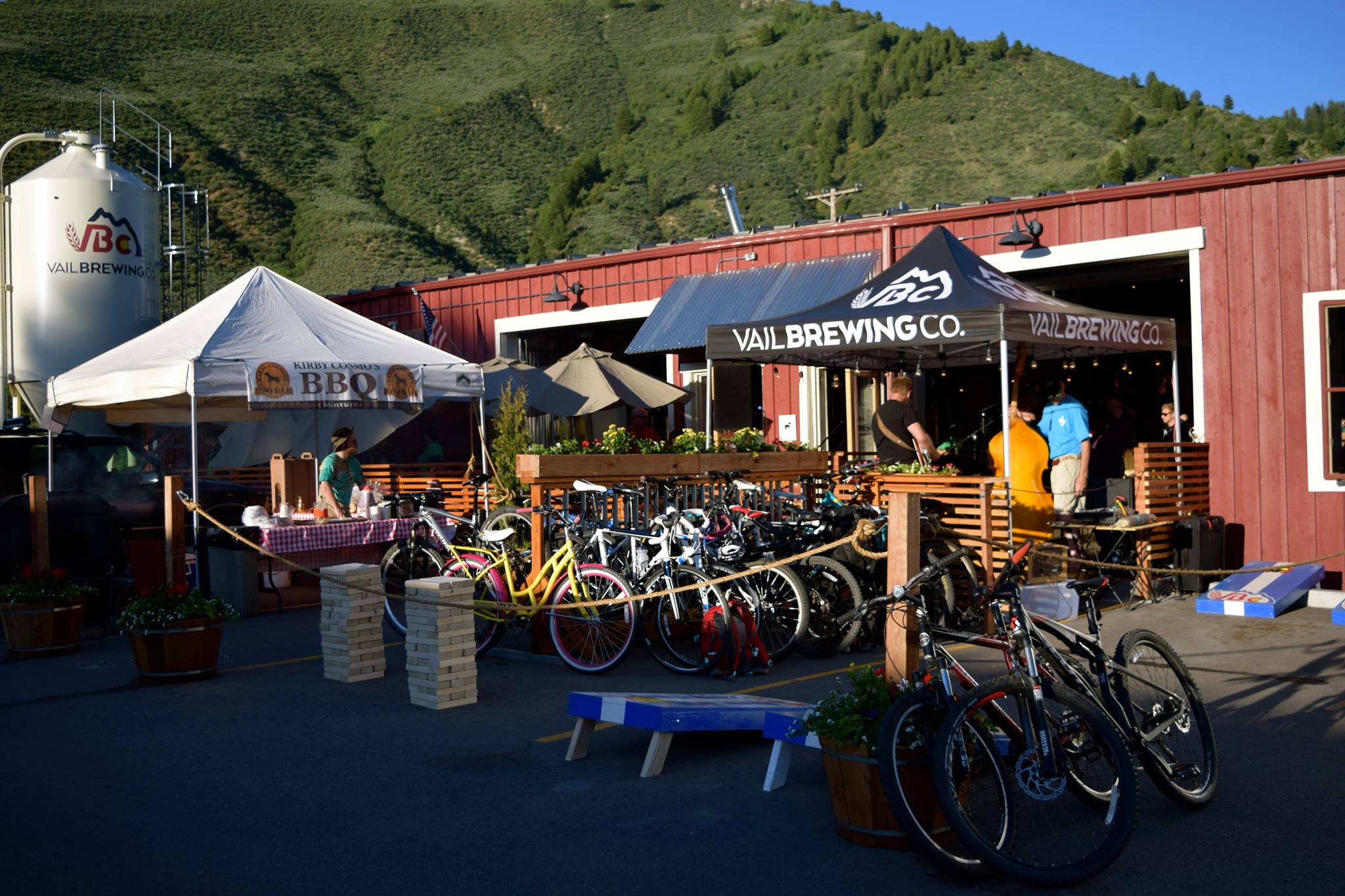 Location: 41290 US-6 B-2 & B-3, Vail
The Lowdown: Vail Brewing Company team picked their location because they wanted to brew with the mountain lifestyle in mind. The beers are diverse, and with every single one of them you will find a touch of something creatively added to the traditional styles. Unlike most of the breweries on this list, you can only get the beers at the taproom, making the trip a bit more special.
Recommended Beer: Kore Shot Kolsch — this light beer is a throwback to this traditional German style. It’s sweet and has neutral hops sure to satisfy any thirst. 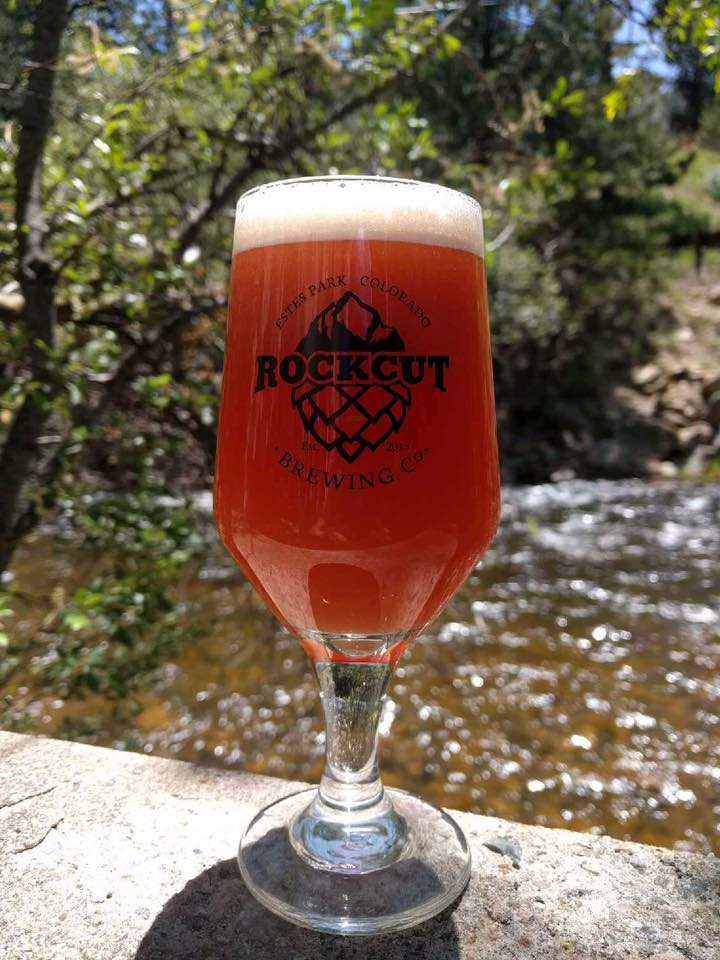 Location: 390 W. Riverside Dr., Estes Park
The Lowdown: Each of the breweries on this list have great views, but only this one can claim its location is right next to Rocky Mountain National Park. Partner that with brews made using fresh Rocky Mountain water, and you feel like you are going a uniquely Colorado beer experience.
Recommended Beer: Enos Pils – the pilsner is soft and sweet but also has floral notes and a hint of spice from the use of Saaz hops. 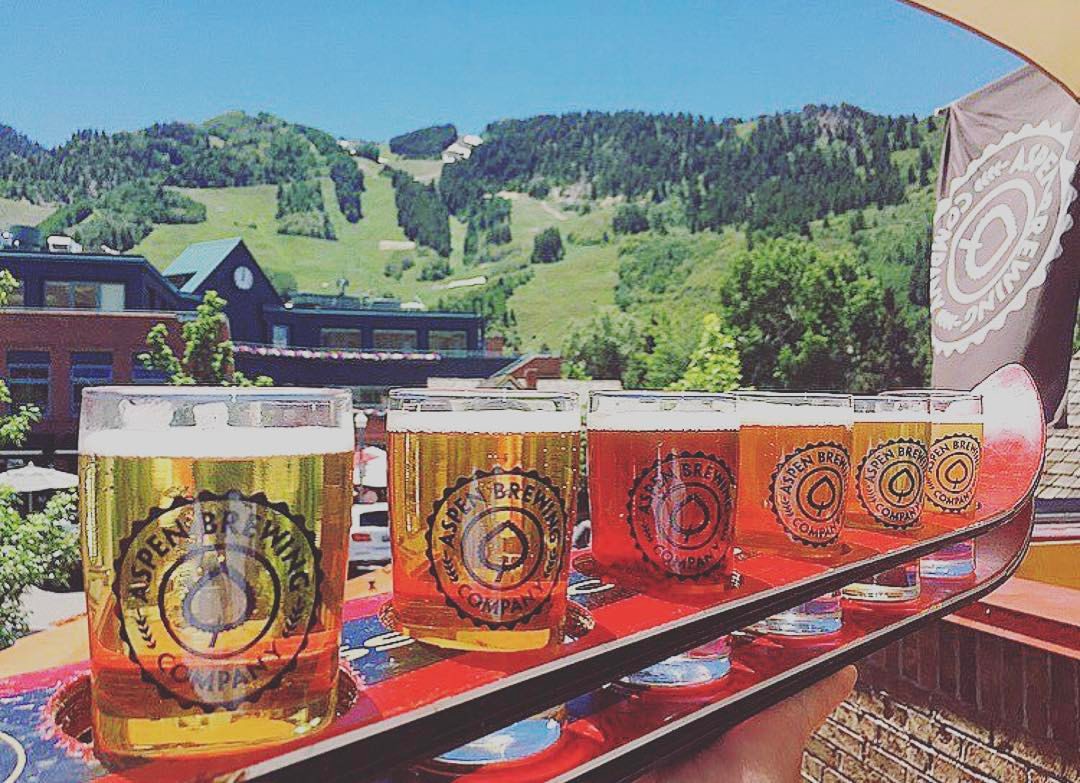 Location: 304 E. Hopkins Ave B, Aspen
The Lowdown: Unless you are particularly ambitious, the trip to his brewery should be part of a weekend trip. The beers represent the Aspen Valley in both name and vibe. The brewery’s location is perfect for watching people come down the mountain year-round.
Recommended Beer: This Season’s Blonde — this beer started out as part of the seasonal collection, but the combination of the floral and honey notes along with citrus pushed it to the full-time lineup. 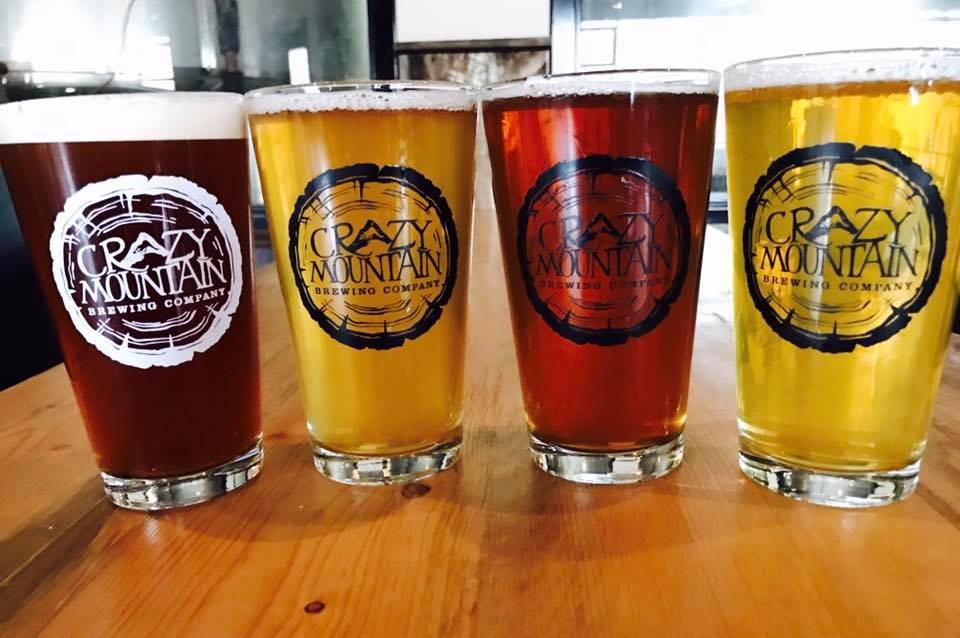 Location: 439 Edwards Access Rd B-102, Edwards
The Lowdown: While you can visit Crazy Mountain in Denver now, to get a real feel for the brewery and the team’s roots, make the drive to the original location. It was the first brewery in the Vail Valley, and the beers are known to push limits — crazy is in their name, after all. They can be known to close early for powder days on the mountain, so check the forecast if you go in the winter.
Recommended Beer: Lava Lake Wit — a traditional German beer that is kicked up a notch with unmalted wheat, chamomile, curacao orange peel and coriander to name a few. It takes a wit beer and shows you what it can be by thinking outside of the box. 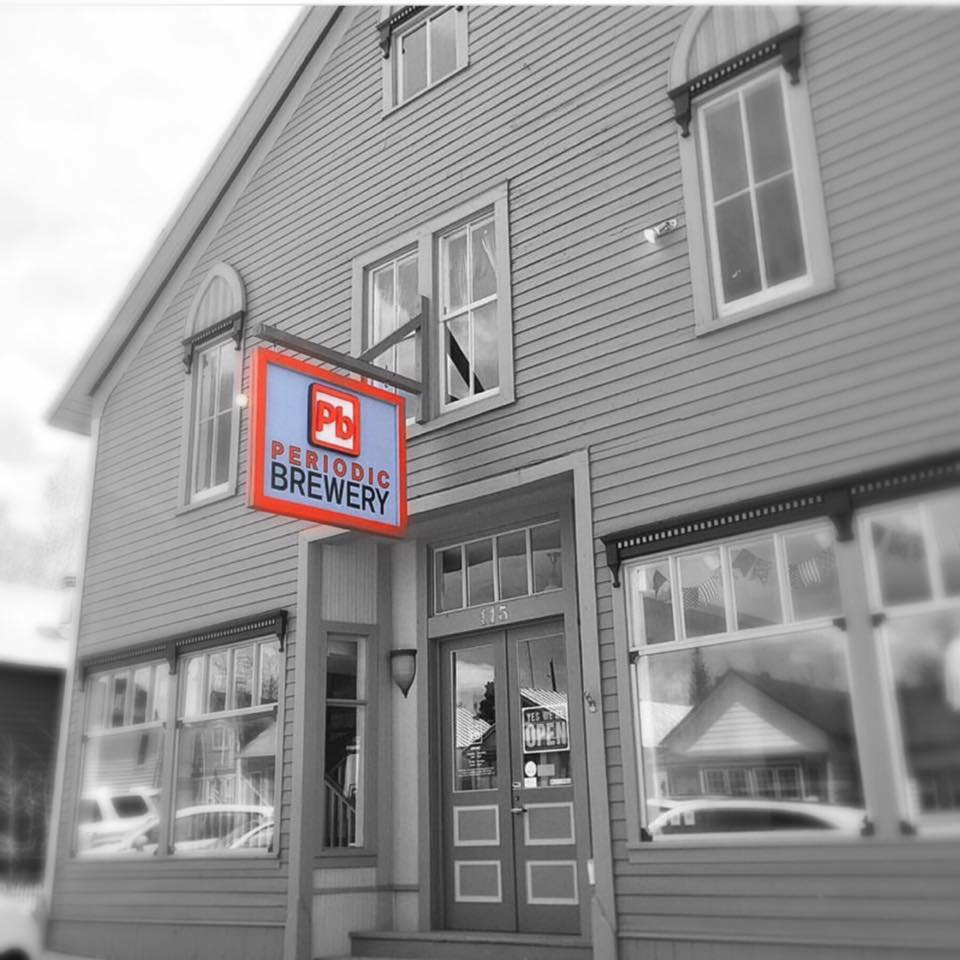 Location: 115 E 7th St., Leadville
The Lowdown: If you haven’t been to Leadville in a while there has been growth and change, and Periodic Brewing Company is one of those changes. Just off Main street, this brewery is like walking into an old friend’s house. At 10,000 feet of elevation this brewery can certainly claim to be one of the highest in the state giving the beer a distinct flavor.
Recommended Beer: The beers rotate often, but Sugarloaf Amber ale is our pick. It’s malty with hints of caramel throughout with just a touch of hops — perfect for any beer drinker. 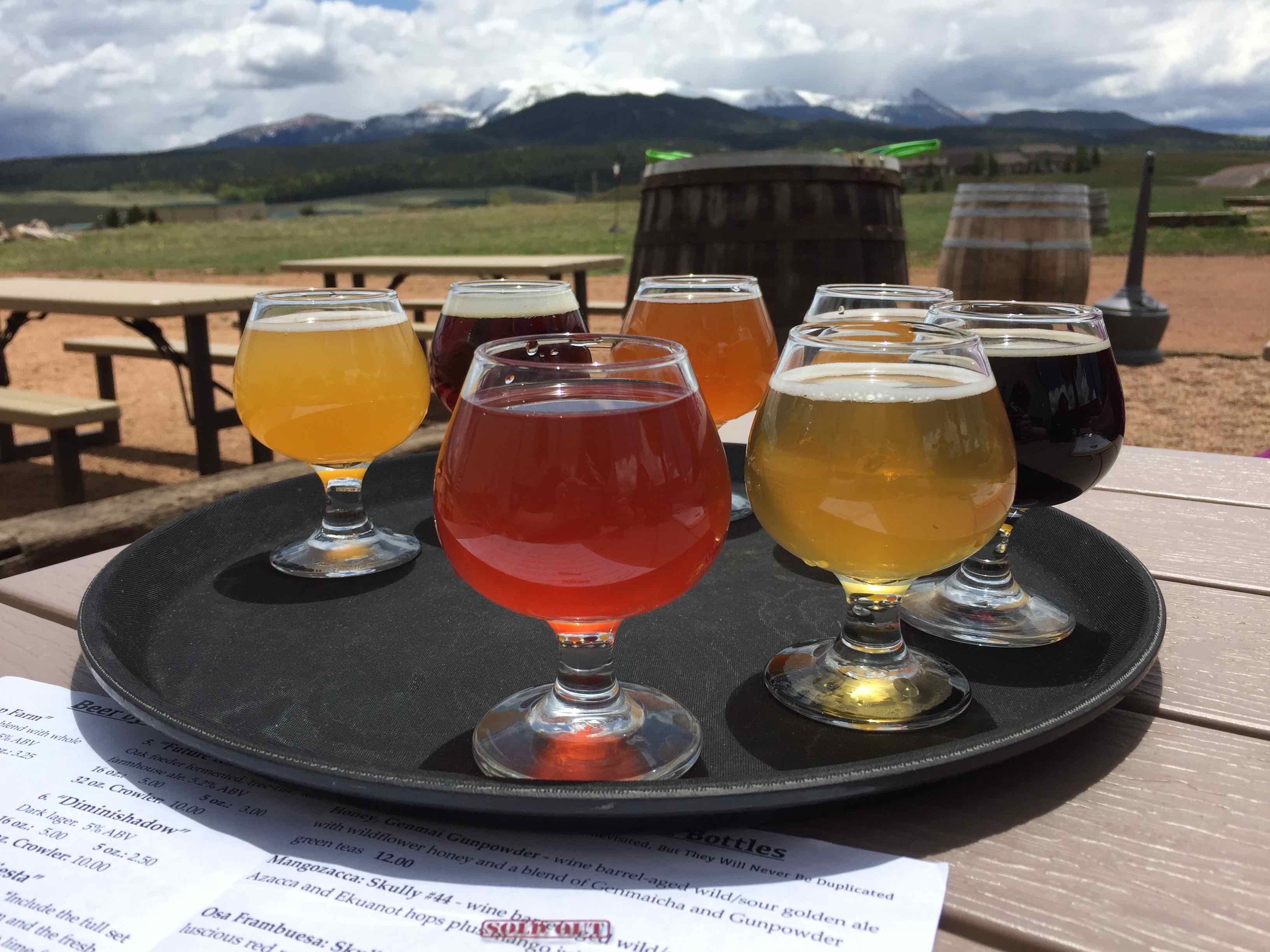 Location: 10 Buffalo Ct., Divide
The Lowdown: Paradox is all about barrel-aged American wild and sour beers — they do, however, come in every form — so even if you aren’t sure about your affection for sour beer, there will be something less aggressive for you. The attitude and swagger of this brewery make it fun — check out the sign near the bathrooms. Also, there might not be any place — not just a brewery — where you can sit and watch the clouds float by the back of Pike’s Peak.
Recommended Beer: Future Knowledge — the saison offering is a nice way to ease into the rest of the beers. It’s tart, citrusy with a bit of funk, so it doesn’t overwhelm you but leads you into the other sour beers. 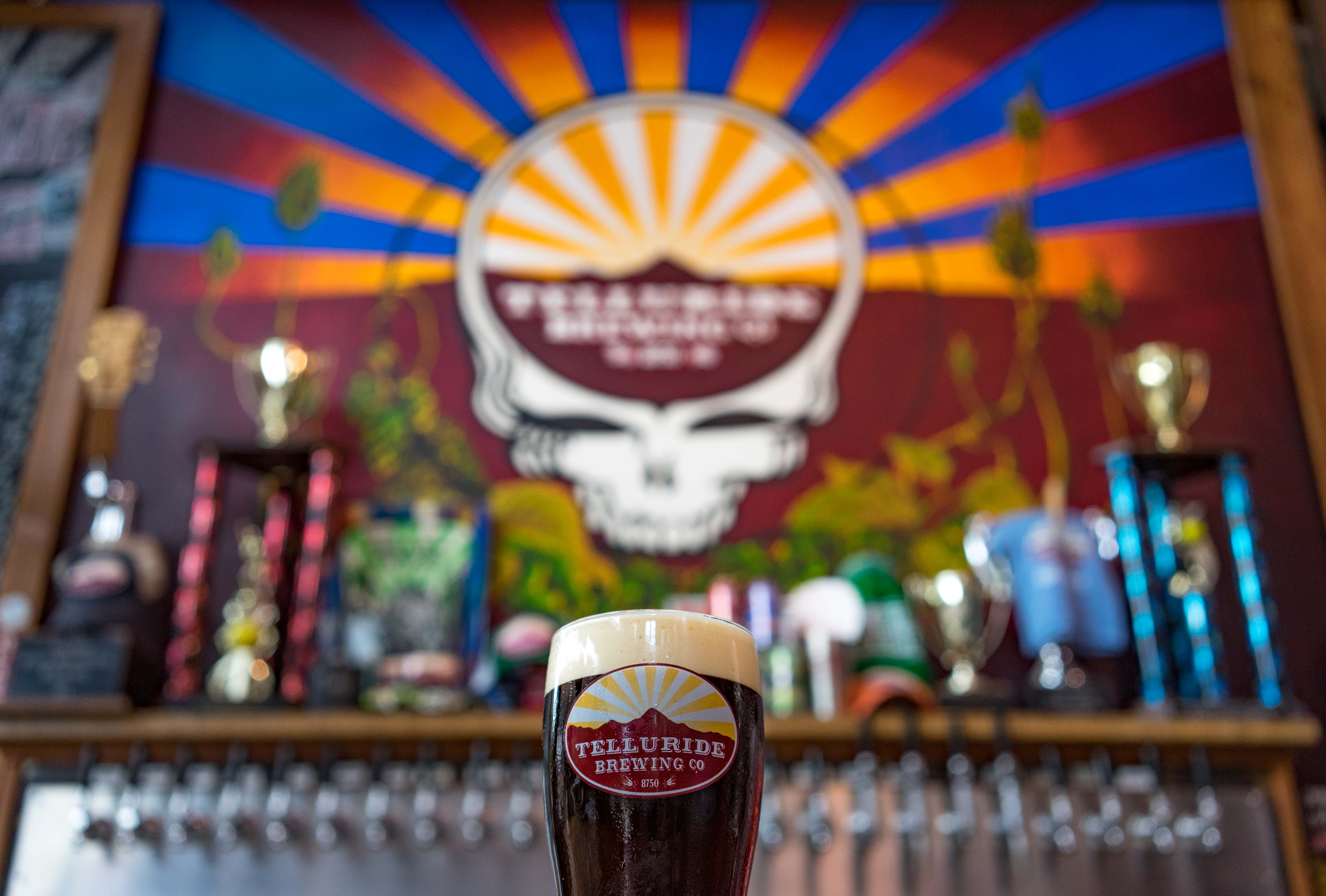 Location: 156 Society Dr., Telluride
The Lowdown: There is something special about the town of Telluride that keeps people coming back year after year to explore, drink good beer and enjoy world class music festivals. Telluride Brewing Company encompasses that vibe in its beers plus the beers come straight from Rocky Mountain snow-melt
Recommended Beer: Whacked Out Wheat — the award-winning wheat beer is light, crisp and satisfies any thirst. 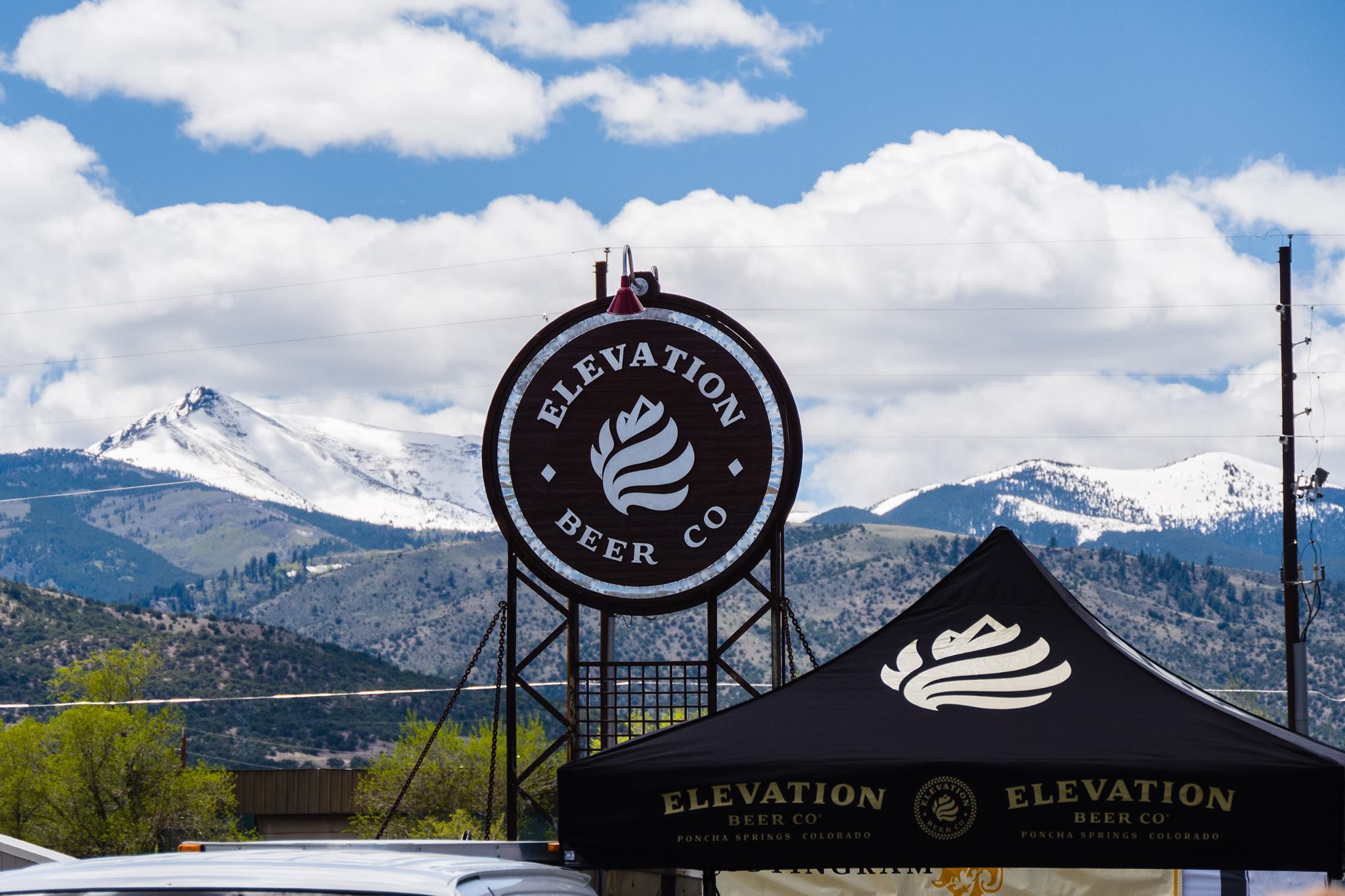 Location: 115 Pahlone Pkwy, Poncha Springs
The Lowdown: In the small town of Poncha Springs, you will find Elevation Beer Company which has taken on the persona of the town. For the team, it’s all about making a quality beer for quality people so they stick to year-round classic styles and then jump to make creative seasonal brews. It’s a bit of a drive, but gets you off the beaten path.

Recommended Beer: Little Mo’ — this robust porter is heavy in the flavors of chocolate and coffee but is only slightly bitter. It’s not over the top, making it a great beer to enjoy anytime. 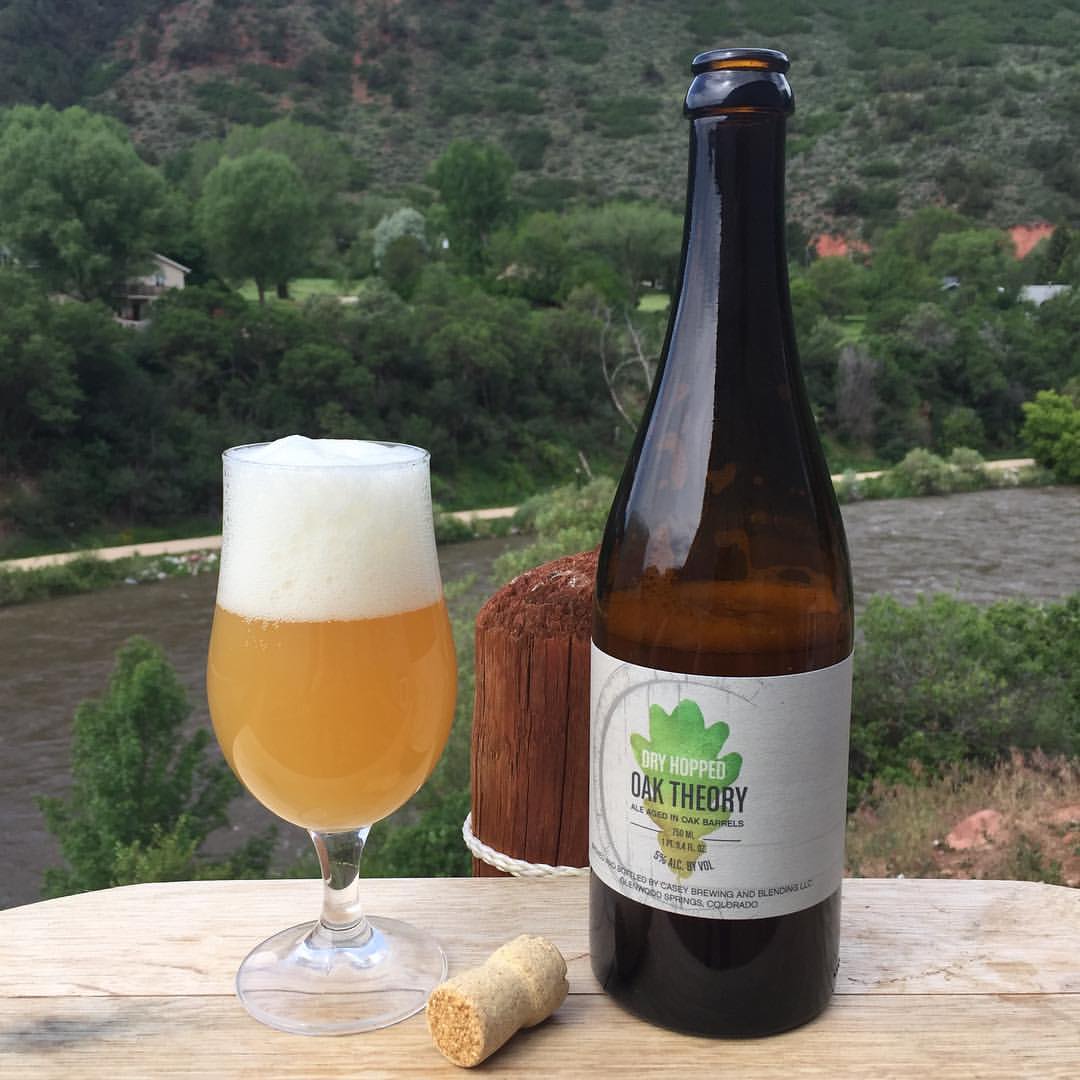 Location: 3421 Grand Ave., Glenwood Springs
The Lowdown: We have said you should plan ahead on a couple of breweries on this list — this brewery visit requires it. Due to its small size and immense popularity, the brewery operates strictly on a ticketed tour system. The tickets are only $20 and get you a tour, three tasters and the opportunity to buy whatever delicious sours and saisons are available. Most of these beers you cannot get anywhere, but the brewery and drinking them along the Roaring Fork river makes the planning more than worth it.
Recommended Beer: Given the amount of brewed beer, there isn’t way to know exactly which beers will be available. We love the Fruit Stand Series — it blends whole fresh Colorado fruit with Saison barrels. The ingredients are 100% Colorado and you can expect fruits such as cherry, plums, apricots and peaches.

We are certainly spoiled in Denver to have well more than 50 breweries nearby — most of which are within walking distance. But there is just something special about drinking a beer in the high country. Visiting one is a great excuse to get out of your regular routine and enjoy some good brews and amazing scenery.