Starting as soon as tomorrow, a new five-mile bike loop is taking its first step towards becoming a reality. Dubbed the “5280 Loop,” the bike route is set to connect parts of downtown Denver in an initiative aimed at transforming the right of way in Denver. Exactly 5.280 miles long, the route will provide direct access to some of the most iconic parts of Denver including Coors Field, Union Station and the Capitol building. The route will also connect neighborhoods and high traffic areas such as Auraria Campus, Capitol Hill, Sante Fe Arts District, LoDo and 16th Street Mall. Spearheaded by Downtown Denver Partnerships in conjunction with the City of Denver, the project is asking for community feedback in a series of pop-up events to help develop the concept. During the events, residents will be asked to share their thoughts and visions for the loop. The goal of these meetings is to create a finalized conceptual design by Fall 2018. 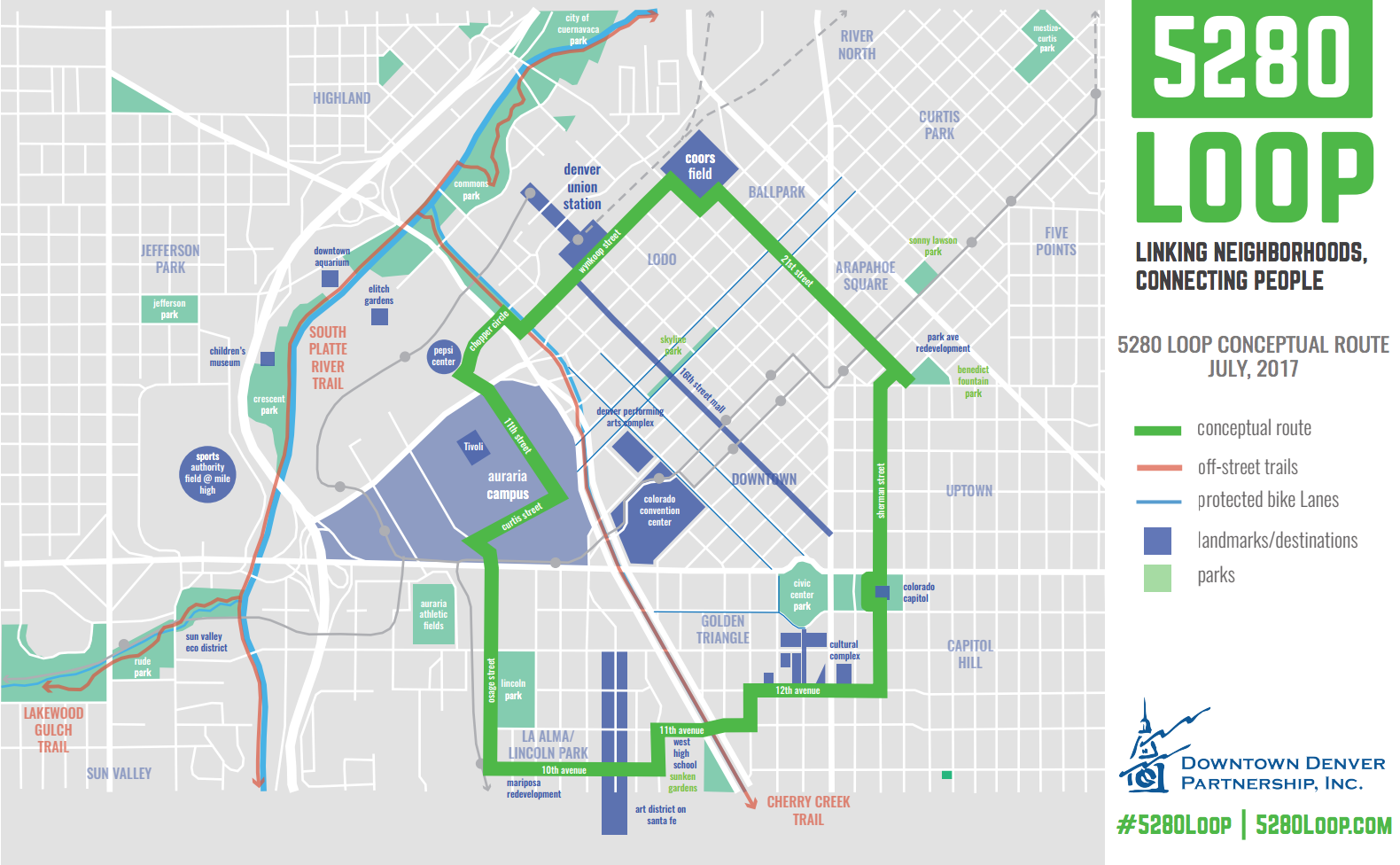 “This is an initiative that will transform our center city for generations to come, and we are excited to showcase its potential to the community and gather their input as we create a conceptual design,” said Tami Door, president and CEO of the Downtown Denver Project.

Tomorrow, 40 volunteers will mark the route along the city. Then on August 4, two block parties will invite people to enjoy live music and games while learning more about the Loop. The events will take place along the route including a happy hour at 17th and Sherman street from 3 to 6 p.m. and at the Mariposa District at 10th and Osage from 4 to 7 p.m. Then on August 12, tents will appear on seven spots on the loop so residents nearby can provide feedback or get information. 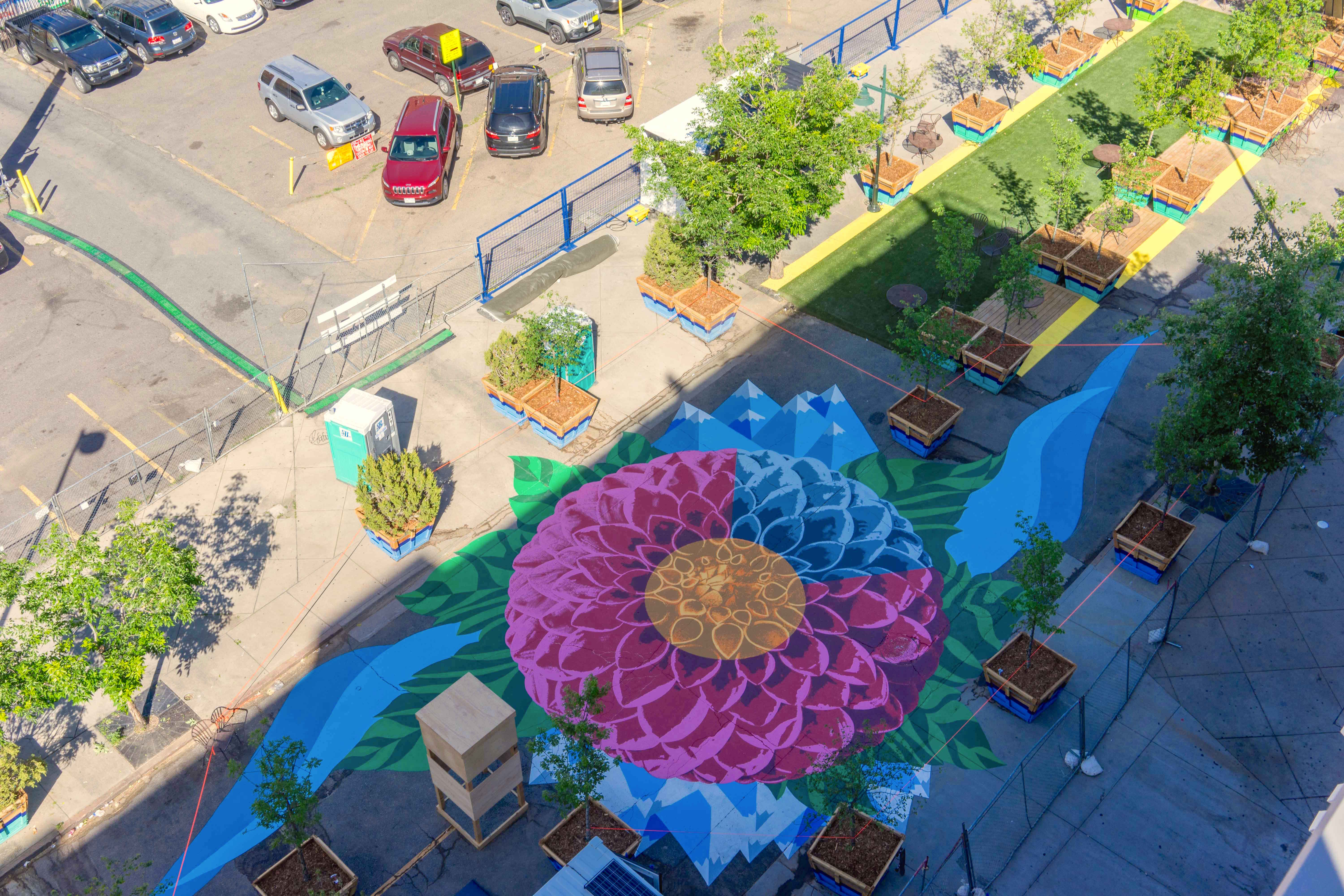 The Square on 21st. Photo by Brittany Werges.

Locals can also experience the potential of the Loop at the Square on 21st — a pop up park that was also designed by the Downtown Denver Partnership and the City. According to Brea Olson of the Downtown Denver Partnership, the loop will take notes from the Square with some of the areas resembling what you’d find at the pop-up park. However, The Square will close on the 15th but planning for the Loop will continue well into the fall with more formal meetings that are yet to be announced.

As for the exact completion date of the Loop? It is still undetermined. But with planning officially underway, the once dreamed-up concept looks like it could put rubber to the road.