Michelle Branch is back with her first full-length solo release in 14 years. We sat down to talk with her during her Denver stop for the Hopeless Romantic tour, on Friday, July 14 at The Gothic Theatre. The set opened with her 2003 single “Breathe.” The crowd belted along, unfazed by the reworked tempo and instrumentation. Branch and her mostly female band, notably featuring her fiancé, Patrick Carney of The Black Keys, on drums, rocked a diverse crowd through her new material and several of her previous singles, including the Carlos Santana song, “The Game of Love,” for which they won a Grammy Award in 2002, and 2001’s “All You Wanted.” 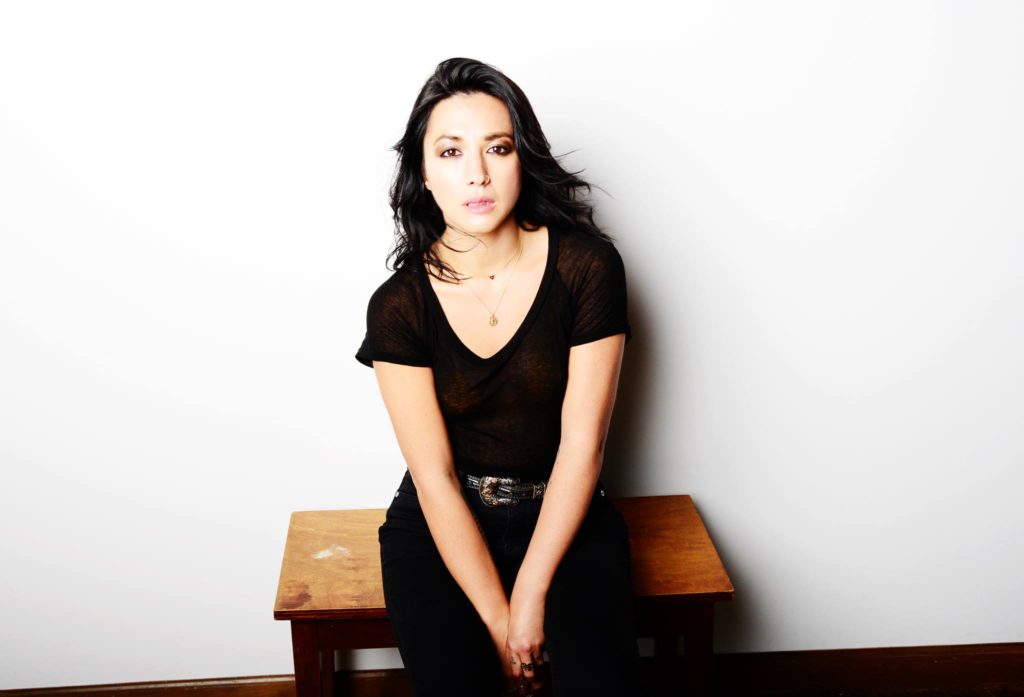 Michelle Branch: It’s going really well so far. We’re officially, as of yesterday, a week in. [The show’s] playing an hour and a half, but it goes by so fast, and there’s so many songs — especially older songs — that you don’t get to. I’m trying to arrange it to make everyone happy. It’s been really fun to be on the road again.

303: How long has it been since your last tour?

MB:  My last tour was this really bizarre run opening up for The Goo Goo Dolls in 2011. I had a solo record that was supposed to come out and they were on Warner Bros. also, so the record label was like, “We want you to go out with [them].” That was the last time I was truly, properly, on tour.

MB: I love Denver! The last time [I was] in Denver I feel like it must have been The Wreckers. I know we opened up for Rascal Flatts here at a big outdoor amphitheater. It wasn’t Red Rocks. I haven’t played Red Rocks, sadly.

MB: I would love to. I think that’s everyone’s dream goal. I have friends here, the band Tennis. They’re coming to the show tonight. They happened to be in town and Alaina was going to get up and sing with me but she’s recovering from a cold.

303: Having not been on a proper tour do you feel like you’ve been out of the public eye?

MB: I do, but it’s in a good way. Because I’ve been gone so long I didn’t have anyone breathing down my back with an expectation, I had nothing to live up to. No one knew what kind of record I was going to make — if it was going to be pop, country, or rock or whatever. So when I pay for things with my credit card is usually when someone will look at my name and be like, “Wait, no, are you her?” “Why don’t you make music anymore?” “When are you going to have a record out?” In a way, putting out this record was a clean slate for me.

303: Your music is really personal, do you feel like the privacy you’ve had has shaped the album?

MB: People ask if it’s ever strange because the songs are personal. To have something emotionally that I can pull from when I’m singing is really important, and the songs that I love as a music fan are the songs that pull my heartstrings. I have no problem drawing from my personal life for music. I started writing [this album] fresh out of a divorce, and was dating for the first time since I was a teenager, which was exciting and also a mess. Then halfway through making this record Patrick and I started dating and fell in love. It really runs the gamut, from breakups, to lusting after people, to falling in love, to whatever. 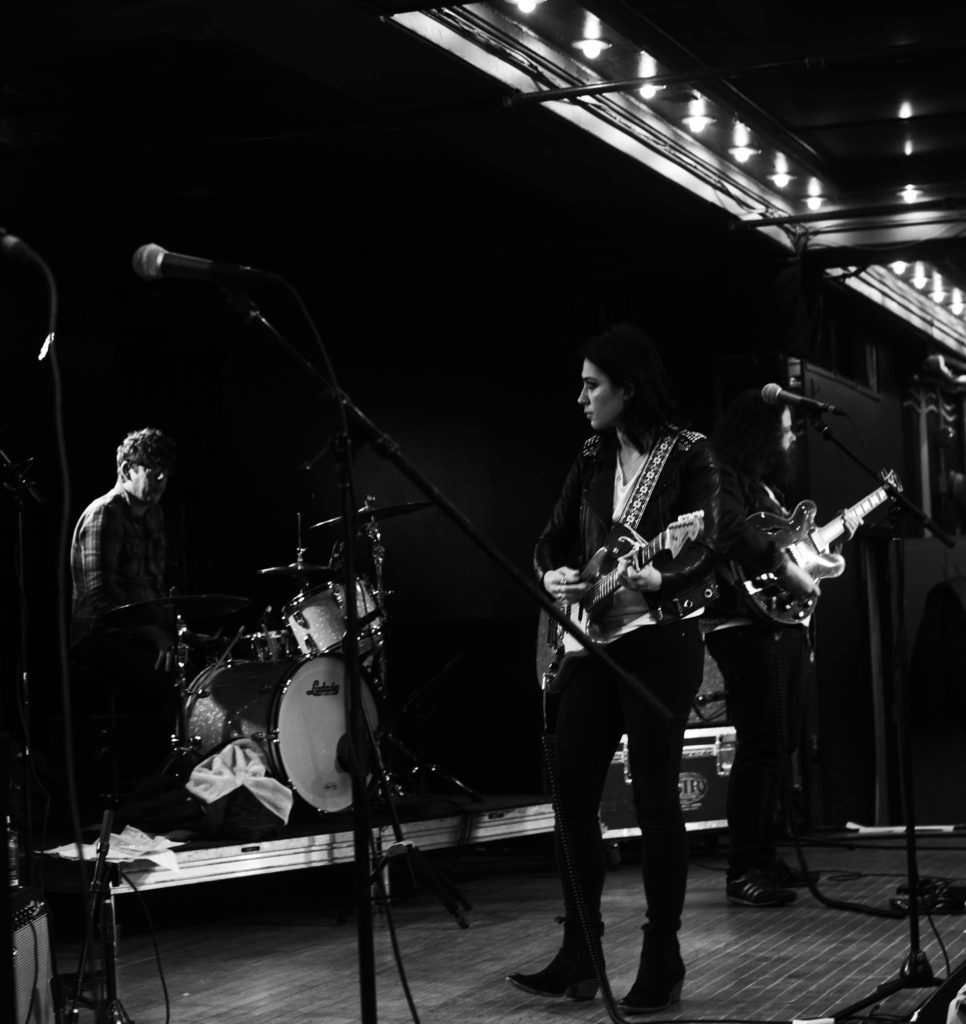 303: Congratulations on your engagement. We’re very happy for you. We actually did a story recently about women artists being disproportionately booked for venues. We found a lot of the factors are because of family life, things that generally fall as women’s responsibilities. Have you experienced that?

MB: I have. I have a daughter who will be 12 in a few weeks, and it sucks, I won’t be with her on her birthday this year. When she was young I used to just bring her with me, but there’s a difference. I have a lot of male friends who are touring musicians whose wives stay at home and take care of the kids, and it’s a little bit more traditional and easier to handle. I could bring my daughter out this summer but she’s visiting her dad in L.A. It worked out perfect, but it complicates stuff. I tried to book this tour during the summer while she’s out of school because I don’t want to disrupt her life, too. This is the longest I’ve been away from her.

Years ago when I opened up for The Dixie Chicks, between the three of them they had seven children all together. They had a couple nannies. They had a room backstage that was decorated the same exact way in every city so it felt normal. I watched them and I was like, “Okay, it is possible to have kids and be on the road.” 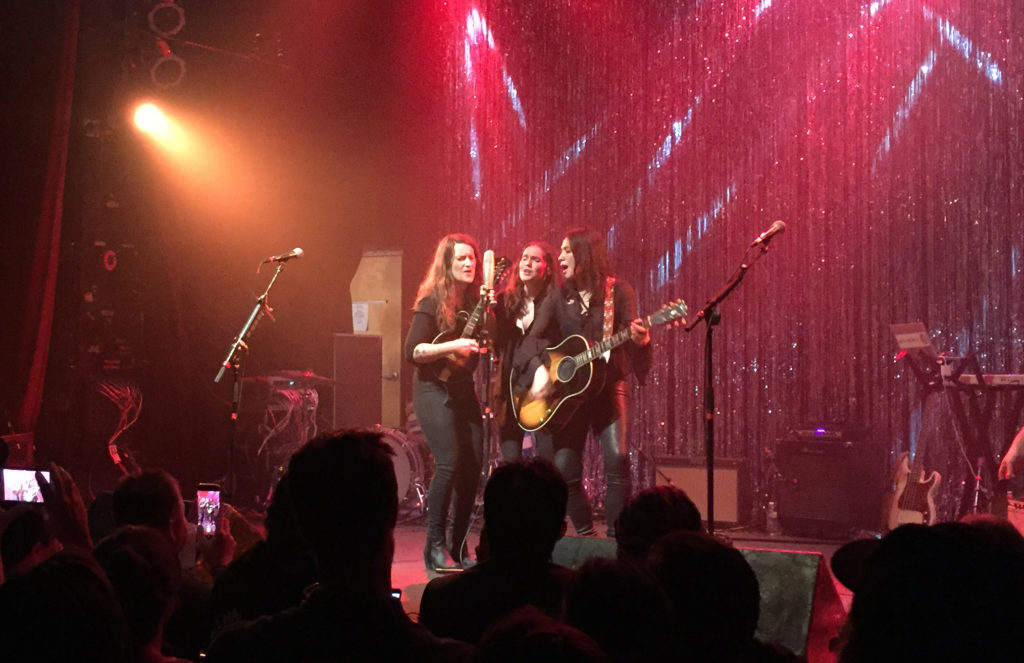 303: I’m sure it’s very difficult being away. Do you have any free time while you’re in Denver?

MB: We leave tonight, we got in this morning. We walked around a bit. I showered. Worked out. We’ll see some friends tonight.

303: If you could do something here what would you do?

MB: I would probably want to go on a hike or eat some good meals. It’s nice to finally be somewhere where it’s not humid. We were in St. Louis and Kansas City and they were so stupid, snarly, sticky hot that we couldn’t go do anything during the day. I wish I had a day off.

303: Want me to go sabotage your bus? I can slash the tires. 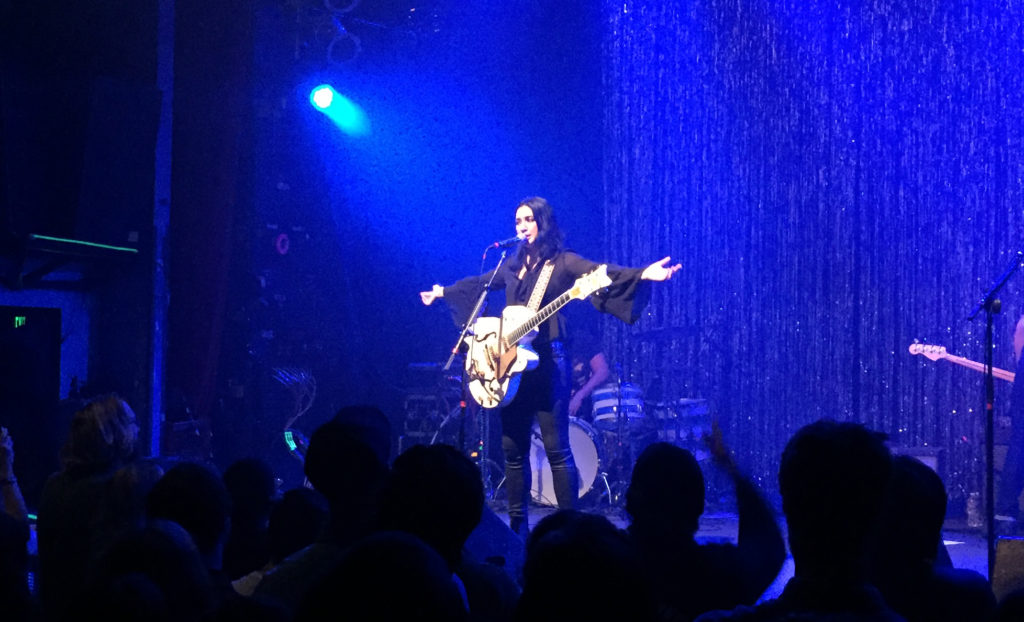 303: You mentioned feeling like you’re reintroducing yourself. What’s something that would surprise your old fans about your music?

MB: It’s interesting to hear the old songs mixed in with the newer ones, because we’ve tried to rework them. One of reasons I asked Pat to produce was I didn’t want it to sound as shiny. I didn’t want it to be perfect. So we’ve breathed new life into the old songs and they’re definitely more rock. I’ve been out before where we’re running [a] track, and all the strings parts, the keyboard parts and the vocals are there, and there’s lights and whatever — this is more a garage band setup. It’s been fun to have that energy on some of the older songs that you think are softer, pop-ier. “Breathe” is now one of my favorites to play. Playing the Santana song — you’ll be surprised. Don’t come to a show expecting a big production.

303: What would you want new listeners to take away from the album?

MB: I’m hoping that people who maybe knew of my name, like, “Oh, Michelle Branch?” will give the new record a chance and maybe I can pleasantly surprise them.