Why Do So Few Women Perform at Red Rocks?

Aretha. Stevie. Whitney. While there have been many incredible females who have jammed at Red Rocks, it is a place where far more males have had the opportunity to shine. There is a major gender gap in the music industry, and unfortunately, even the majestic Red Rocks Amphitheatre can mirror this burden of inequality. This summer Red Rocks is showcasing over 130 performances, and only 15 of those headlining acts consistently feature women. Less than five of those are solo headlining women. Women have come far in the last few decades so why we do not see more feature performances by women at Red Rocks? 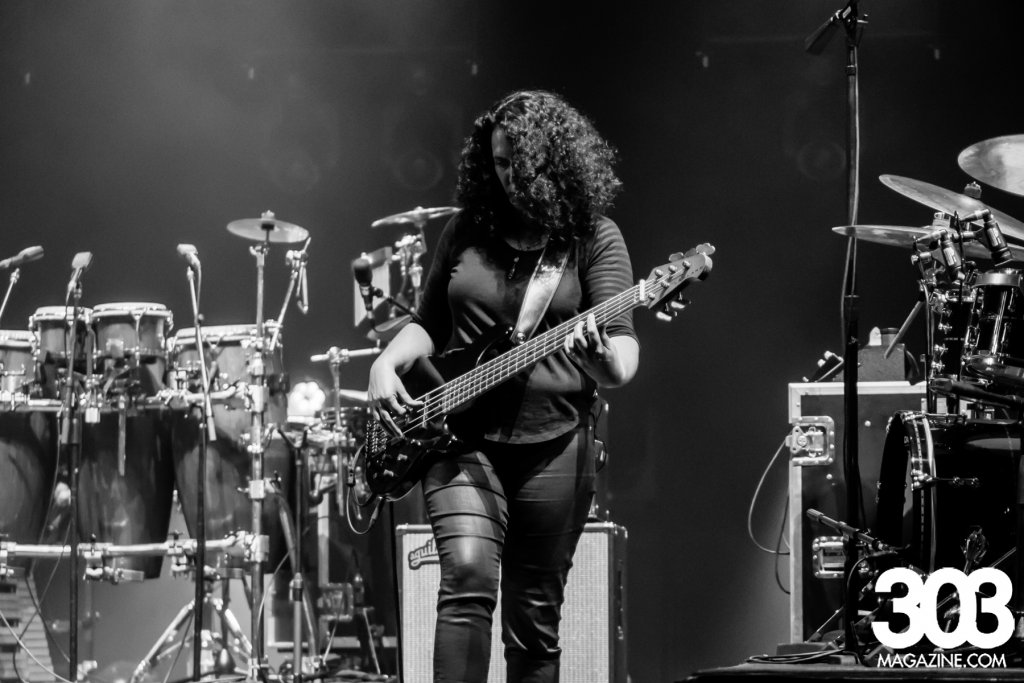 In hopes to get to the center of this important argument, we reached out to a few talented women who made the special lineup at Red Rocks this year. Alana Rocklin, the only female in the instrumental livetronica quintet STS9, has played Red Rocks for the last three summers. We asked Rocklin about her perspective as a female musician and found that while her history has been mostly positive, she often finds herself singled out due to her sex.

“It’s probably the fact that a lot of people view it as something different,” Rocklin explained of her experience. “I think it’s a very male-dominated career and when you travel with certain musicians and bands it can be kind of a ‘boy’s club.'” Of course, Rocklin is not alone in this observation. There are countless references to the issue and even mega-acts like Lady Gaga, Grimes and Björk have given eerily similar testimonials of being females in the industry. For proof, look no further than the Billboard top 200, where on any given week less than 25 of the top albums are by women.

Rocklin offered cringeworthy specifics. “I’ve been on tour with all different kinds of people and I’m always the one who, if I don’t have my pass, people won’t believe I’m in the band. For instance, someone will ask me, ‘What are you doing here?’ and I’ll say ‘I’m playing in the band tonight.’ They’ll say, ‘Are you singing, are you selling merch?'”

Obviously, once Rocklin makes her way on stage, everyone in the building realizes her integral position playing bass.”I just think there’s something new to people, even to this day, about women playing an instrument [instead of] singing,” she said. The singer/instrument concept is one that women of all musical talents have been pushing back on for decades. “The main thing is to do it and not to stop,” she said. “If someone tells you not to do it, or tells you that it’s okay not to do it, those are the people you need to sprint away from.”

There have been plenty of women who are able to stay in the same lane as Rocklin and grace Rod Rocks’ impressive stage. In addition to Rocklin, 303 Magazine got to talk to two other women who have made themselves staples in the Red Rocks lineup every summer: Bridget Law and Bonnie Paine of Elephant Revival. Law and Paine have been musicians for quite some time and have also noticed how few women exist in their careers. 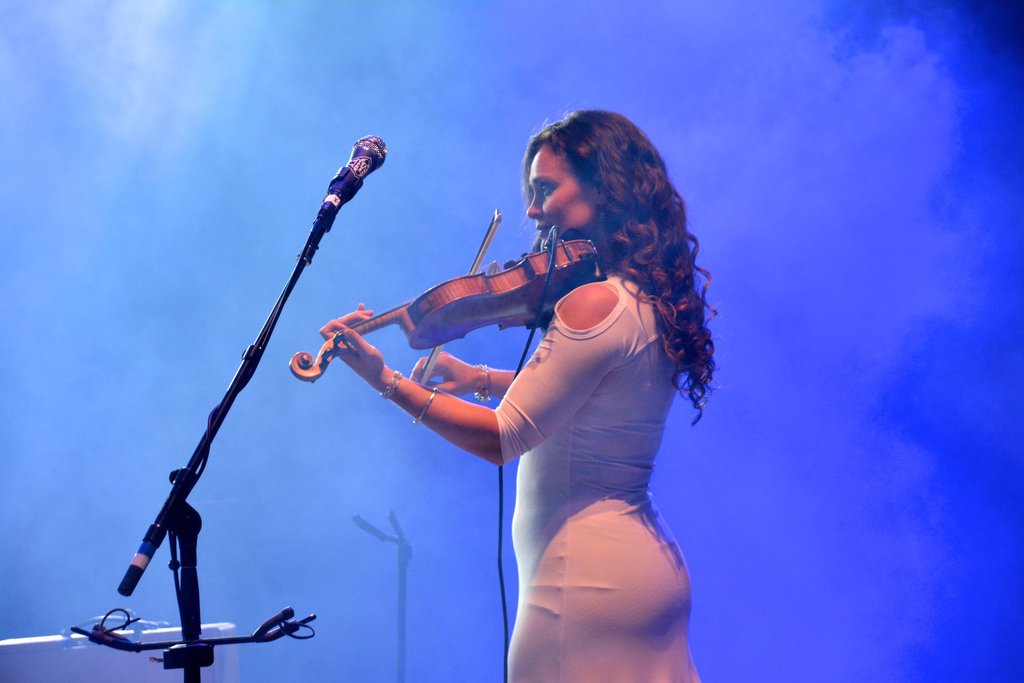 Bridget Law of Elephant Revival performing at Red Rocks. Photography by Will Sheehan.

Both described getting into the Boulder scene and how saturated the bluegrass genre was with men. “It was pretty obvious to me that there was a lot of male mojo, or testosterone,” said Law, laughing. “I enjoyed that part. I enjoyed the powerhouse-ness of it, and I was leaning towards genres that were male driven, bluegrass and rock ‘n’ roll.”

While it is true that being unique can be fun, women in music can look bleak in 2017 when only 10 percent of all of the acts playing the top rated amphitheatre in America are female. We all want to see our favorite female acts in the spotlight, but there are other factors beyond industry bias to consider.

“The way the industry is sort of shaped these days, is it takes a long time to really gain popularity to the point where you would play Red Rocks,” explained Law. “The way the industry is driven — so much more by touring and less by media – it takes much longer to get set up in acclaim.” Along with the perils that any act goes through to actually nab a spot a Red Rocks, biologically and socially women have much more pressure to decide by a certain age what kind of life they want to create for themselves and those they love. Bands work for years to gain the prominence to play Red Rocks, and Law expressed that by that time, many women have had to stop a life of touring to get married, have children or both.

“What I’m experiencing, and I’m sure I’m not alone in this, is when you’re a woman in your mid-30s, there are other things calling at that point,” said Law

As previously stated, a lot of these issues are obviously not just women at Red Rocks statistics but are insights to how the entire musical profession is shaped. All female musicians are faced with the challenges, and some women are able to make it work. Paine believes in a natural desire for women to nurture others before taking care of themselves. “I think there is a tendency in women to nurture other’s dreams, and I think that is a strength of ours to lift other people up. It takes a lot of consciousness and practice to focus on our own dreams,” said Paine. “I can’t speak for all women, but I think that is a big reason. Some of us become mothers, which is its own big artistic project also. I think it is really difficult for a person to be a mother and a musician.” 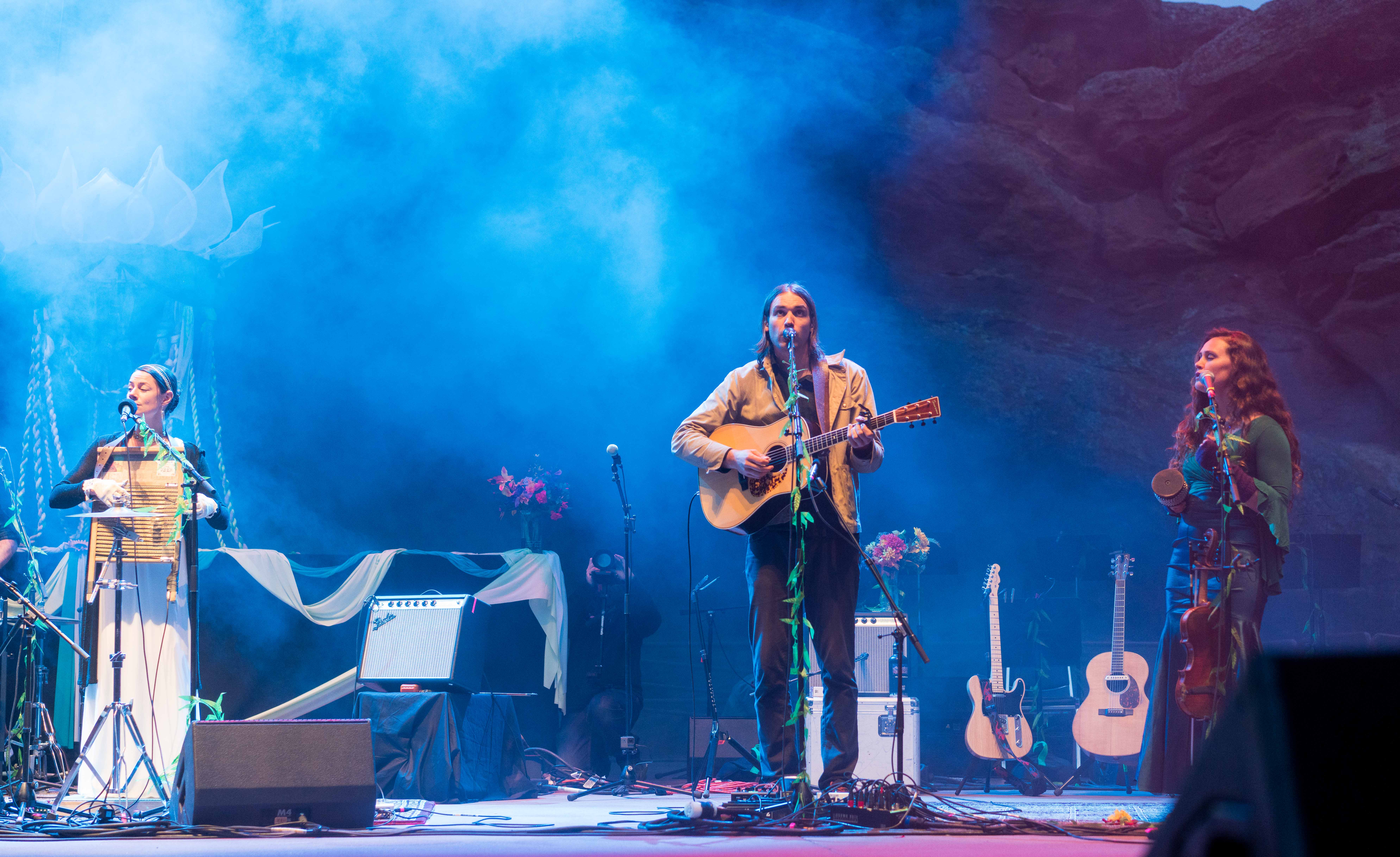 Paine mentions that while women are a minority, she knows plenty of women in the industry are eager to stick together to form a community, citing Gypsy Moon’s Mackenzie Page hosting a women’s retreat as one example. She also finds a reflection of her own femininity in Red Rocks. “It’s a very womanly place. The way the rocks wrap around it is like being in a big womb,” she said with a chuckle. “It is a kind of a very nurturing, embraced feeling. Very motherly. It feels amazing to be a woman performing in that space.”

With all of these challenges put in front of females, it is important to remember that there has been progress. No one can deny that more women have surfaced in music in the past few decades and there is no reason to assume that will not continue. “I wonder 10 years ago, what the number was. I wonder what it was five years ago and I feel like female musicians are starting to emerge a bit more,” said Rocklin. “I think it’s happening. I think it’s just a very slow process. I know when I was a little girl, I didn’t have very many people to look up to. Slowly but surely, I started noticing people, Michelle Ndegeocello and Rhonda Smith. Learning about Carol Kaye, who is the matriarch of the electric bass, she recorded the biggest hits in Motown. You start to notice it and as I’ve gotten older, I found it to be more common and it’s exciting. I think we’re starting to break through and it’s going happen.” 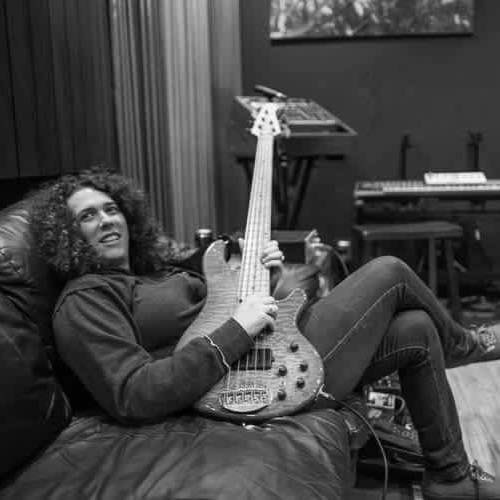 As years go on, we all look forward to seeing more estrogen at the Rocks. For now, we can support Rocklin with STS9 on September 8, 9 and 10 and other females acts performing this year: Norah Jones, Miranda Lambert, Lauryn Hill, Diana Krall, Allison Krauss, Kacey Musgraves, Jenny Lewis, Celtic Woman, Victoria Legrand (Beach House), Yolandi Visser (Die Antwoord), Carrie Ann Hearst (Shovels & Rope), Susan Tedeschi (Tedeschi Trucks Band) and Romy Madley Croft (The xx). Hopefully, you didn’t miss Paine and Law with Elephant Revival this past May. Knowing the power of the duo, as well as the other female performers listed, we’re sure they will return to Red Rocks. But here’s to hoping, that come next year, there will be more ladies with them.

Editor’s note: we reached out to AEG, Live Nation and Soda Jerk Presents for comment but did not hear back. We have also amended the original list of this year’s women performers. It is now 15 not 13 headlining acts.