Blurred Pictures on Choosing to Thrive in Film in Denver

More often than not, Colorado is known as a place that creatives in film, fashion and music tend to treat as a launching platform before they head to either coast. Conversations that begin with “I’m building my portfolio/reel/resume until I move to (giant city X),” are completely normal to hear. The filmmakers at Blurred Pictures, however, believe that staying in Denver has more benefit than people realize.

“Filming in Colorado is difficult in the sense that we don’t have the same access to props, acting talent or locations that people in New York, Los Angeles or Austin would but it’s also liberating in the sense that we can do whatever the hell we want and nobody’s really going to stop us. We can shoot in the middle of the street and nobody’s going to run us for a permit. We can throw something on Facebook for extras and people will respond for the sole experience of being a part of something,” said Rosco Guerrero, director. Guerrero, along with Fredo Jones (director of photography) and Waylon Kane (creative producer) makeup the trio at Blurred Pictures, filmmakers in Denver who believe the craft should always be in support of the story being told to us. “We’ve learned that Colorado has a unique culture behind it. I think we found a really cool market that’s able to give just as much back to us that we were willing to give to them,” Jones said. “There’s a pro to each con that comes with being based in Denver. At the end of the day we’ve capitalized on being an independent project in Denver that can do work just as well as on the coast,” Kane added. 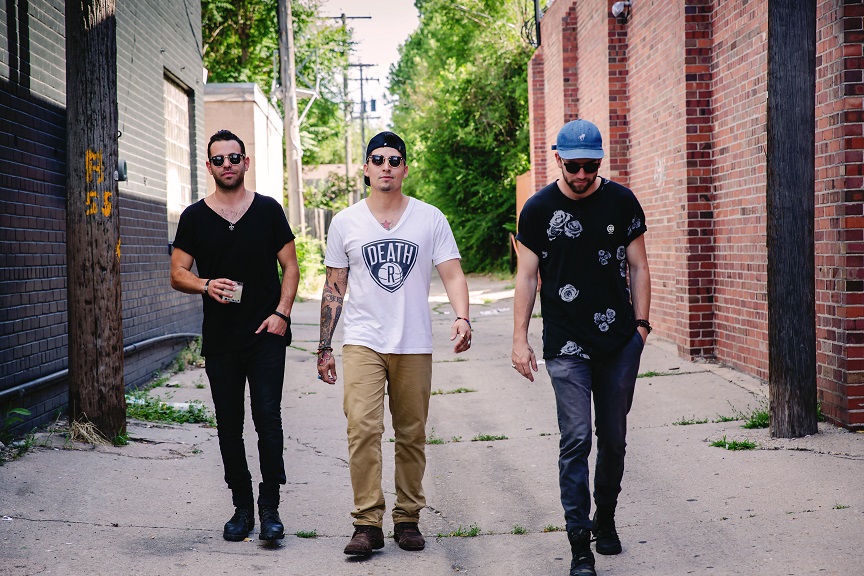 Blurred began at Metropolitan State University as the vehicle through which Guerrero and former business partner, Christopher Dodge, could make music videos for then Denver hip hop artist, Input. Jones stepped in after Dodge left to pursue different ideas and Kane would come in two years later. “I worked at the school and I’d let them use camera gear for free but only if I was allowed to hang out on set with them, and before you know it, I was part of the company,” Kane recalled. Now, you can see Blurred producing films for names like Schomp Mini and Mercedes Benz, locals like Children’s Hospital of Colorado and Ruckus Apparel, and musicians like American Authors and Young Rising Sons. They’ve also just produced their latest (and most challenging) project yet: A short film entitled Mary.

“Mary was a really technical exercise. We wanted to tell a story but also see if we could pull off a film from the craft level, that includes handling dialogue, getting through scenes, working with different actors and still getting the audience to have a reaction at the end,” Guerrero said. “It’s a real reality check to make a movie, it looks so easy and so great, but it looks that way because it took so many people to get there. It took a good story, a good director, good actors, a good crew to get there. You’re not trying to sell anything anymore, not listening to a song anymore, you’re only entertaining, and you own it completely for better or worse,” Jones added. “If you’re selling anything, it’s selling a feeling, which is hard to do. You’re sharing and relating with your audience, which is what we ultimately want to do and Mary proved we can,” Kane said. 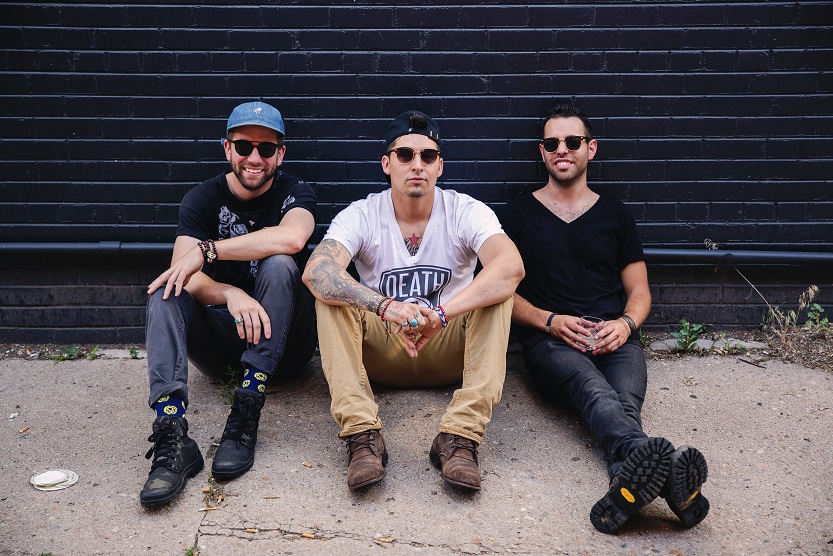 In an industry that’s seen everything, bringing an original voice and raw emotion to the table is what Blurred hopes to set them apart. “You have to stay true to who you are, we’re funny but none of us have a comedic background, we all have really rough stories at the end of the day and we pull on those emotions visually. Rosco pulls on those emotions in his writing, while Waylon pulls on them in production and it builds a truth. If we were trying to do a comedy, it just wouldn’t work,” Jones said. Beyond emotion, Jones reiterates that great ideas start with writing and reminds others that some of the biggest stories in world started on a napkin. As soon as you get ideas down on paper, other people can build off of it. “It all starts on pen and paper. The script is the map and the blueprint. Once you have that, all artists involved are a slave to the story and trying to make it as true as it can be,” Kane said.

Despite all the creative energy and artistic value placed on film, commerce is a very prevalent and just as necessary tool. “Even a music video is essentially an advertisement for a product. As creative as you want it to be, you’re still trying to sell a track or an album,” Guerrero said. “Commerce is a catch 22. We need it to pay our bills and we do need an industry that has capital. It’s hard to convince someone for an X amount of dollars when there’s really no return on investment. Without marketing, we wouldn’t have a job but the last thing we want to do is sell a shit product,” Jones reiterated. Film, after all, is an expensive art form. Kane says that it’s not like picking up a guitar or grabbing a paintbrush and making a mural, their paintbrushes are people and people are expensive. 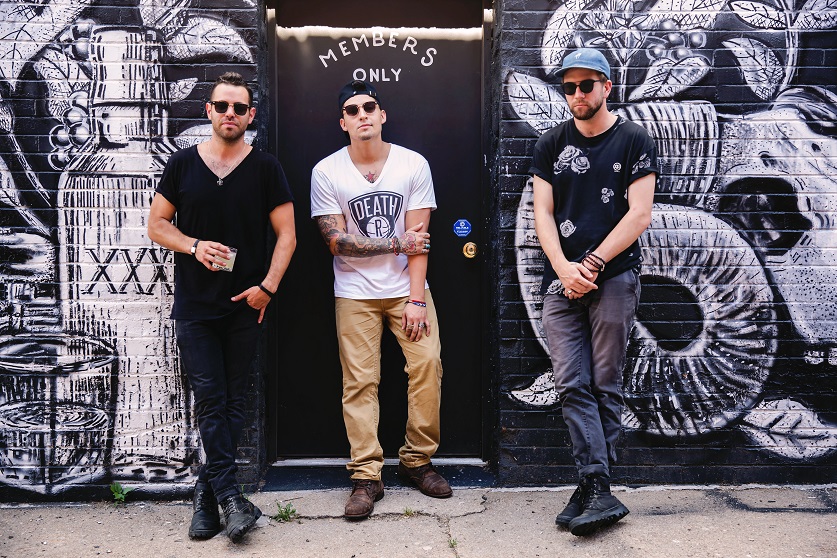 Balancing art and money isn’t anything out of the ordinary but the Blurred trio approaches their sets as a family. While production style is relative to the industry standard, they refuse to adhere to certain ideologies or hierarchies ingrained in film. “Film sets can be brutal: the hours are brutal, egos are brutal, projects are brutal, environments are brutal. So we said, ‘We’re going to do this as a family. Everyone here has an attitude of love and passion for whatever art form they’re bringing to the table.’ They’re helping to build a project from the ground up without the premade structures from NYC and LA that burn people out,” Jones said. “When you come on set with us, we don’t want to make it feel like just another job, it’s a community thing where we’re all trying to make something together.” Kane said.

As exciting as their film ventures can be, the trio admits they wouldn’t be where they are without learning from their (and other’s) mistakes. Common errors include beginning filmmakers coming out of school and focusing on simply buying the most gear they can get instead of honing the craft of storytelling. They’ve also seen the importance of being a team player, if no one can get on board with you then you’ll end up alone. Biting off too much and thinking you’re going to make your magnum opus the first time is also common.

“Write to what you have, don’t write a movie where you’ve got 14 characters and they’re all insane and unique… Don’t have 14 locations. Keep it small, do a two-minute piece.” Kane added. “A lot of new guys just don’t work enough. They wait for the right project or you see them sitting on their hands. Get out and shoot something, get some friends together and shoot anything. Every time you get behind the camera you’re getting better at some aspect of filmmaking,” Guerrero said. Jones reminds that filmmaking is mistakes and to not be discouraged by making them. “I’ve never walked away from a film set and not made a mistake. We’ve all made almost-career-ending mistakes and sometimes they’re on screen and you cringe. We still suck, we just suck less now. Each project is a learning experience, a growing pain.”

Blurred Pictures might have a good thing going, but it’s not where the dream even begins to end. One of their goals is to shoot a full-length feature here at home. What’s kept Guerrero, Jones and Kane together is the desire to make a film. “We criticize each other, and keep each other accountable. Our dreams haven’t changed and that’s why we haven’t changed. The ultimate dream is to be the type of artist to reach people all around the world. Movies change people. They can dig in and change somebody. If you’re good enough, you can even make them cry. If you can do that in Denver then you’re pretty unique,” Jones said. Lastly, the trio believes it’s vital to find your band, find a family, find other people that are willing to help you out and build that industry because Denver needs it. “If people keep moving, we’re not going to keep growing. Reach out to places you haven’t tapped yet, get out of just your niche and work with others. Start to cross those boundaries and you’ll wind up in some really cool places.” 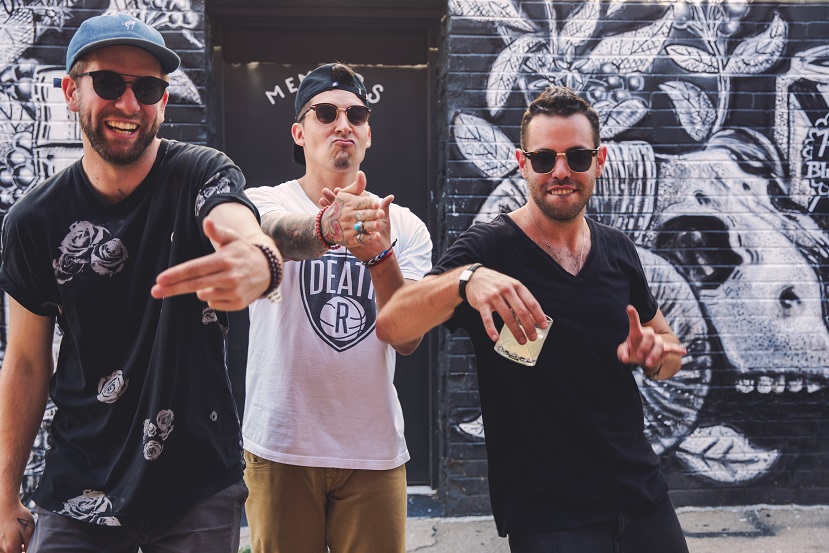 All photography by Gina Khrestova.