Featured on this week’s episode of All Good Radio is Denver-based electro-hydro-funk band SunSquabi. The entire mix is just under an hour long and will have listeners jamming the entire time. The group has been rapidly growing in popularity as they continue to release music. SunSquabi’s song, “Pygmy Up” feat. Russ Liquid hit the 100,000 play mark in less than one month. “[There is] tons of unreleased music in here mixed in with some of our favorites,” said Kevin Donohue, guitarist and producer for SunSquabi, in reference to their new mix.

All Good Radio is a weekly Soundcloud series by All Good Records that features up and coming bands that fit their brand. All Good Records was started by Grant Kwiecinski (aka GRiZ) and a group of others from Detroit who wanted to start a music brand that helped people to reach their highest potential. 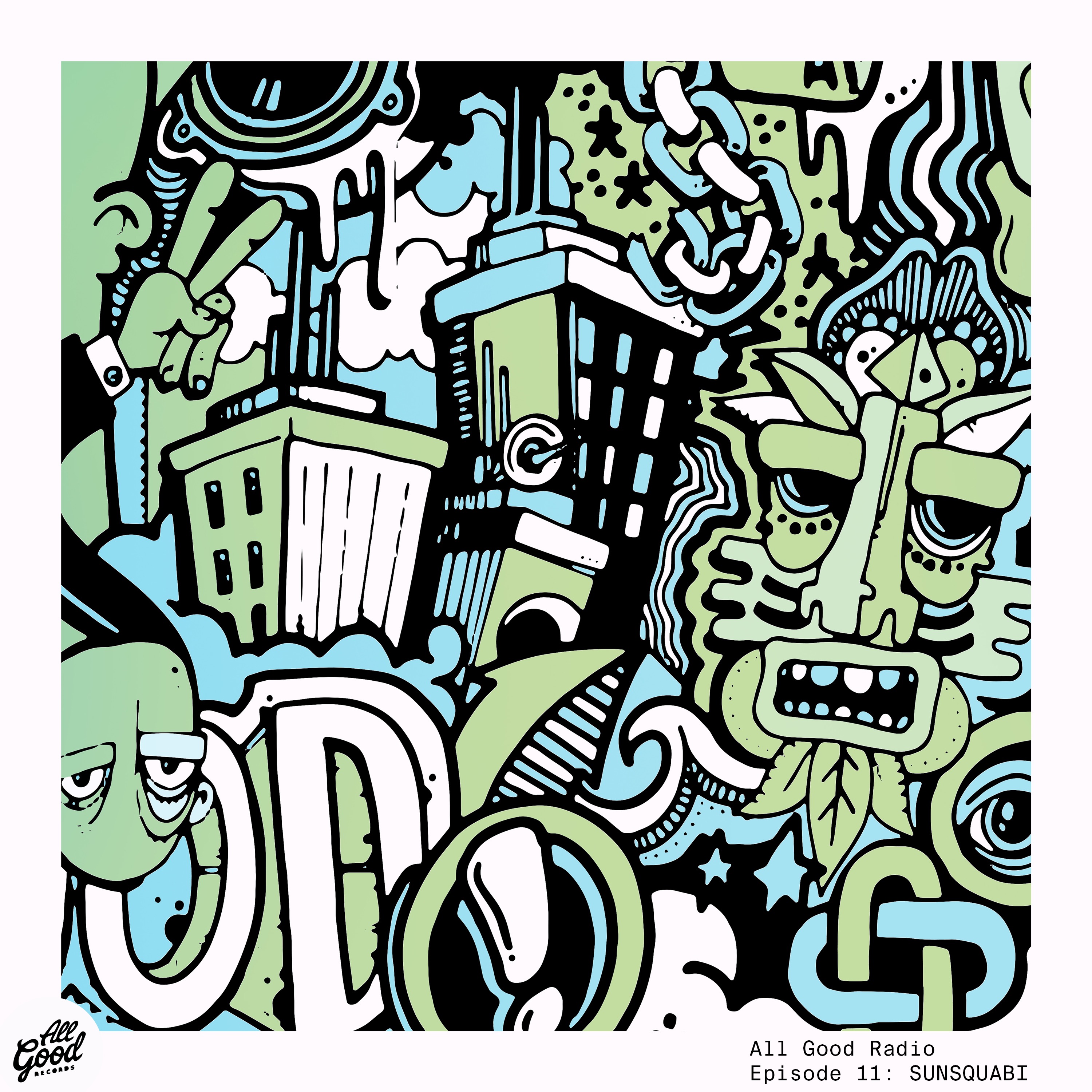 Artwork for All Good Radio mix by @BerkVisuals

SunSquabi is all about giving listeners a live electronic music experience. SunSquabi worked with GRiZ and Dominic Lalli of Big Gigantic to create their breakout album Odyssey, which came out in 2016. Both GRiZ and Big Gigantic are part of the live electronic music scene, and it is obvious that instead of being competitive, these guys just want to create the best music possible – even if it’s a friendly rival making it.

The new music comes during SunSquabi’s tour, which has them playing festivals all around the country and even to foreign lands. The tour includes ARISE Festival in Loveland, Colorado and ends with the Dominican Holidaze festival in the Dominican Republic. Even though they are making their way around the country, SunSquabi understands that the fans come first. “[The music] should keep you grooving on these hot summer days,” said Donohue.

“It is time to boogie,” said Donohue. From start to finish, the mix will do just that, even while in a seated position, it is hard to find oneself sitting still while listening to the unique sounds of the young group. Donohue naturally had only good things to say about this mix. “It was so much fun making this and such an honor to produce a mix/episode for All Good Radio.” Donohue’s stoke for the mix will make sense once you listen to it. Check it out below or via the link here.