Growing up, Madi Hadel was always interested in fashion. She would create paper clothes for her Barbies and actually started her first clothing company in middle school. The production was given the name, “Mother and Daughter Incorporated,” or M.a.D.I. for short. Together, Hadel and her mom would create cut and tie tee shirts, which she marketed to other students through her catalogs created in Microsoft Word. So while she was always interested in fashion, Hadel didn’t think that the career choice was realistic. “I went to college for a year for graphic design and hated it, which made me think if I don’t pursue fashion with all my heart and at least try it, I’ll regret it,” said Hadel.

Fast forward to 2017 and Hadel’s company, Rebellelion, is going three years strong. “It’s really cool to see it get to this point and just see things happening.” In fact, one of her denim jackets was featured in a previous issue of Teen Vogue and this weekend, July 8 and 9, Rebellelion will be hosting a Fashion Festival in Cripple Creek titled MayDaze. The brand’s name is spelled in a funky way to express its message. The first part, Rebelle, is inspired by the identity of a French rebel girl, and the word Lion, expresses the power and strength that a lionesses possess. Together, Rebellelion creates an aesthetic of individuality. With new and exciting changes helping uplift the Denver-based brand and designer, we wanted to take some time with Hadel to discuss her brand, inspirations and the Denver fashion scene. 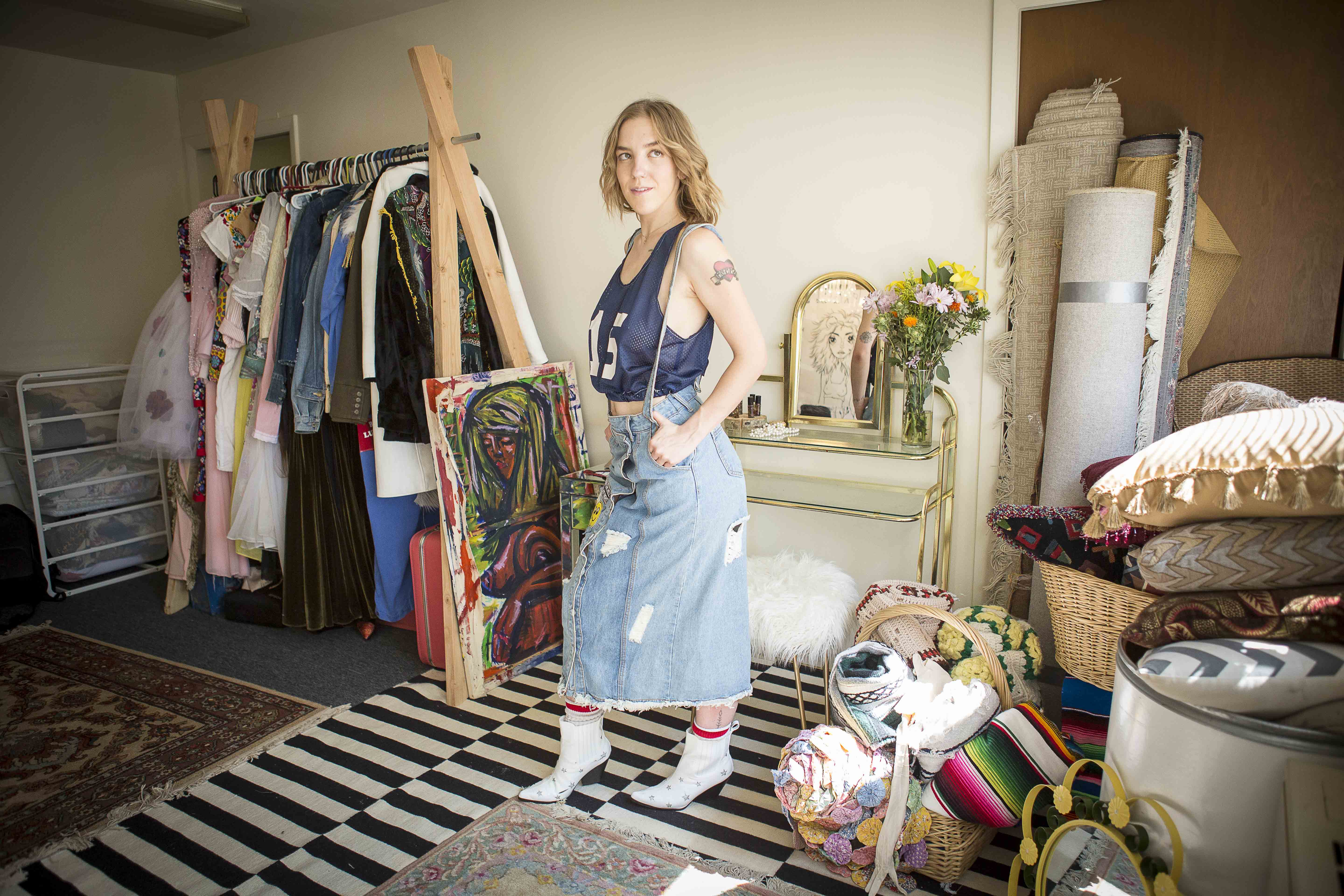 Hadel in her studio space wearing a custom garment.

Rebellelion began with the idea of slow fashion, an eco-conscious way to stay up to date and stylish. “I wanted to make sure that everything I created wasn’t adding any more waste to the environment. It was also a great way for me to create fashion, on a budget. In the beginning, I was upcycling everything from my bed sheets to my grandmother’s curtains.” said Hadel. She now works in a studio space separate from her living quarters with ample room to design. Her studio is stacked with vintage and used garments as well as rolls of fabrics. Hadel often sources her garments from thrift stores and garage sales, though she can find something just about anywhere stating, “I even once found a sweater in a tree and made it into something totally new.” Those who know her will also often donate items they no longer have a use for.

While the brand of Rebellelion is known for its streetwear style with denim being Hadel’s most popular items, the identity of the label is certainly not straight and narrow. “The great part about upcycling garments is that I don’t have to stick to one look or aesthetic. My process is very organic, and I kind of like to let the garment speak to me when creating it. That means I can end up with something totally bohemian one day and something punk rock the next.” In fact, Hadel’s site is designed in such a manner, allowing buyers to shop via “style” rather than a traditional list. “My site gives you the choice of selecting from six distinct characters, which were created by all different artist. Each character has a different personality and under each of them has garments I’ve created which I think fits them best.”

“I want Rebellion to show ordinary people that they can have style without needing to be rich or have a fashion background, they just have to do it, and that’s all it takes.” – Madi Hadel 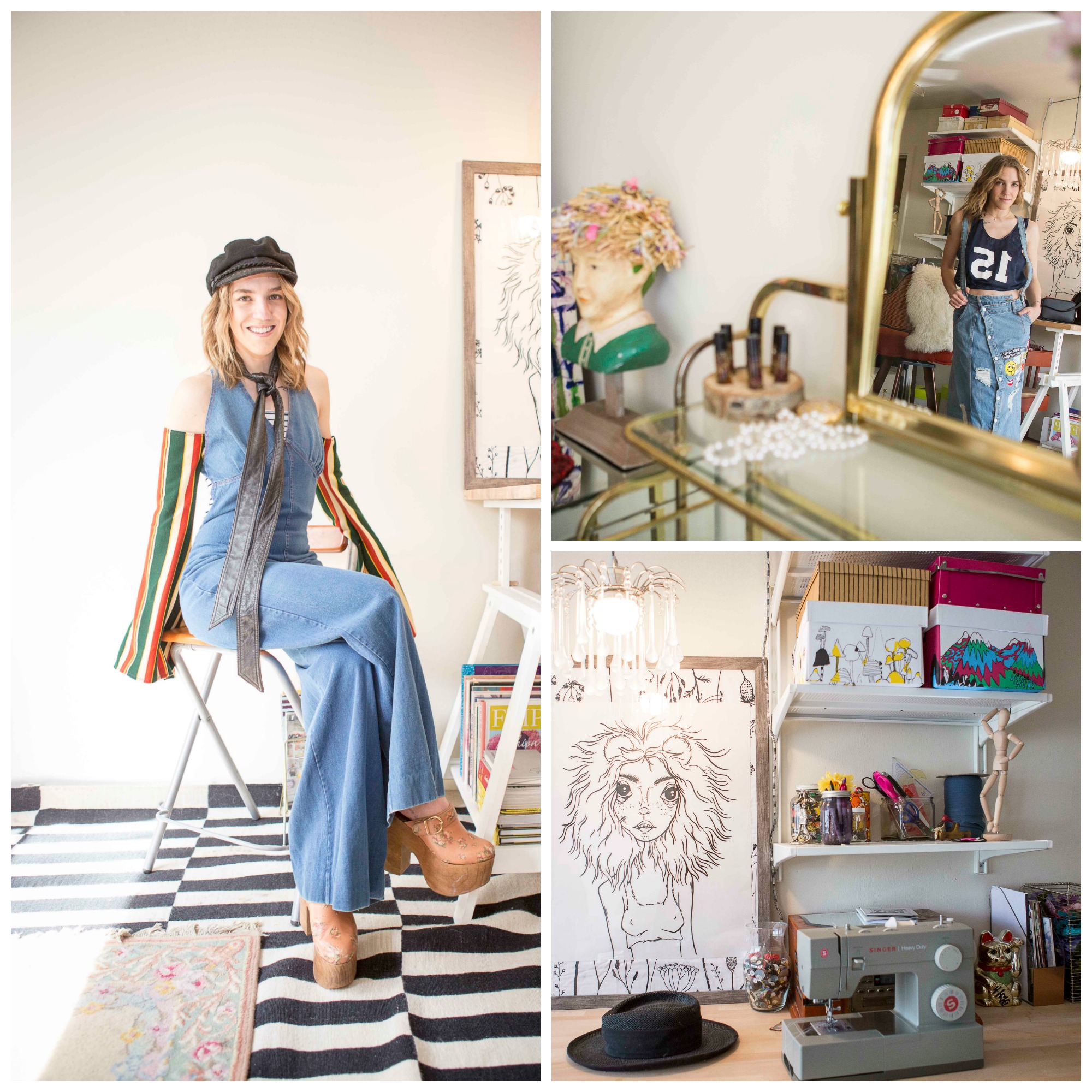 All Images by Amanda Piela

Hadel draws inspiration from all over but cites her older sister, Mandy, as her earliest source of fashion inspiration. “Growing up me and my sisters were all blonde and very girly. I remember a time Mandy came home and had cut all her hair off and dyed it black, which totally shocked me. She was the first one who really took a fashion risk and got me into thrifting. She’s still the one person at family gatherings that I look at and think, ‘Oh she’s so cool.'” Hadel also uses Instagram as a huge source of inspiration due to its wide platform. “I like that it’s full of more genuine people who aren’t being sponsored like a celebrity. There’s also a wide range of types of people with all different body types and ethnicities.” As a Colorado native, Hadel is excited and empowered by the current state of fashion within the Denver community. While others might view it negatively compared to larger cities, Denver has a certain quirk others don’t. “The scene is growing and a huge reflection of the emerging city. Our styles are much weirder and fun, which I love. It’s also a great place to have an eco-conscious fashion label. People here seem to care much more about something like that. Overall, the Denver scene is so open with people always wanting to help each other, which you wouldn’t get anywhere else,” said Hadel.

In 10 years Hadel hopes that Rebellelion will be able to present at New York Fashion Week and have pieces in Vogue. “But really, my whole intention with Rebellion is to bring people together. I call it the bizarre bazaar, which is all about collaborating with other weird people. This would allow me to work with other artists months at a time to produce collections exclusive to that idea. I just want more people creating with me and collaborating to inspire each other.” 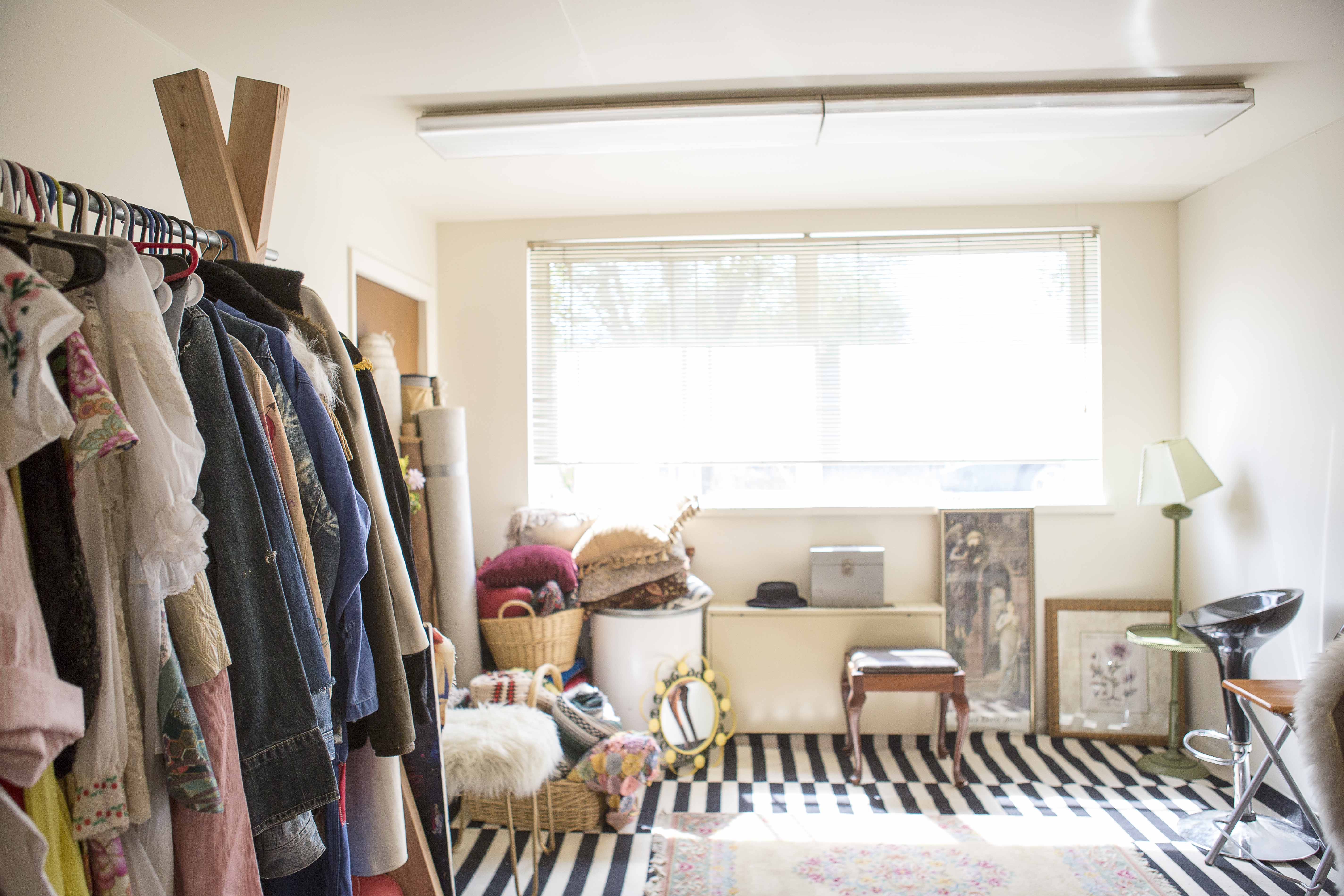 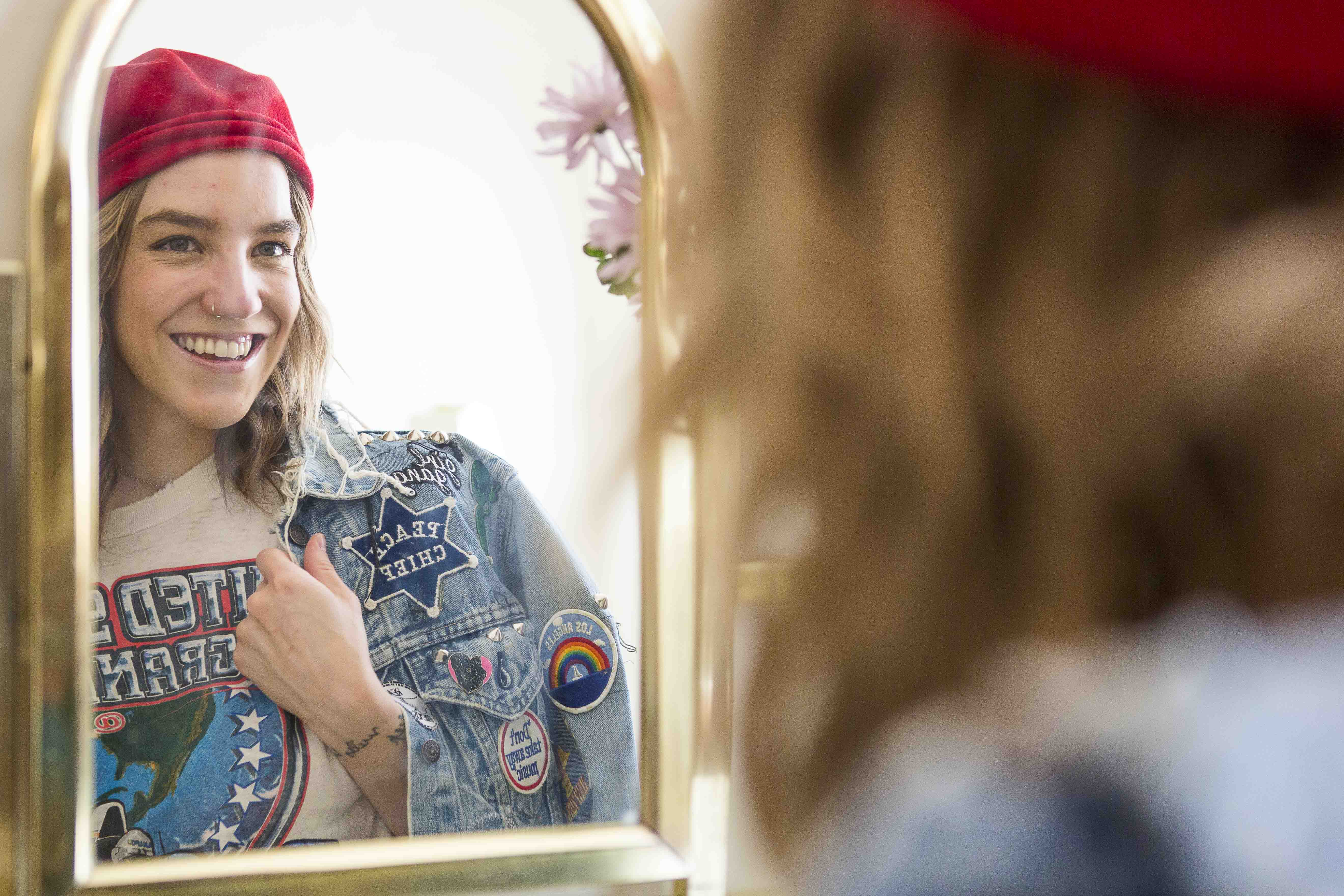 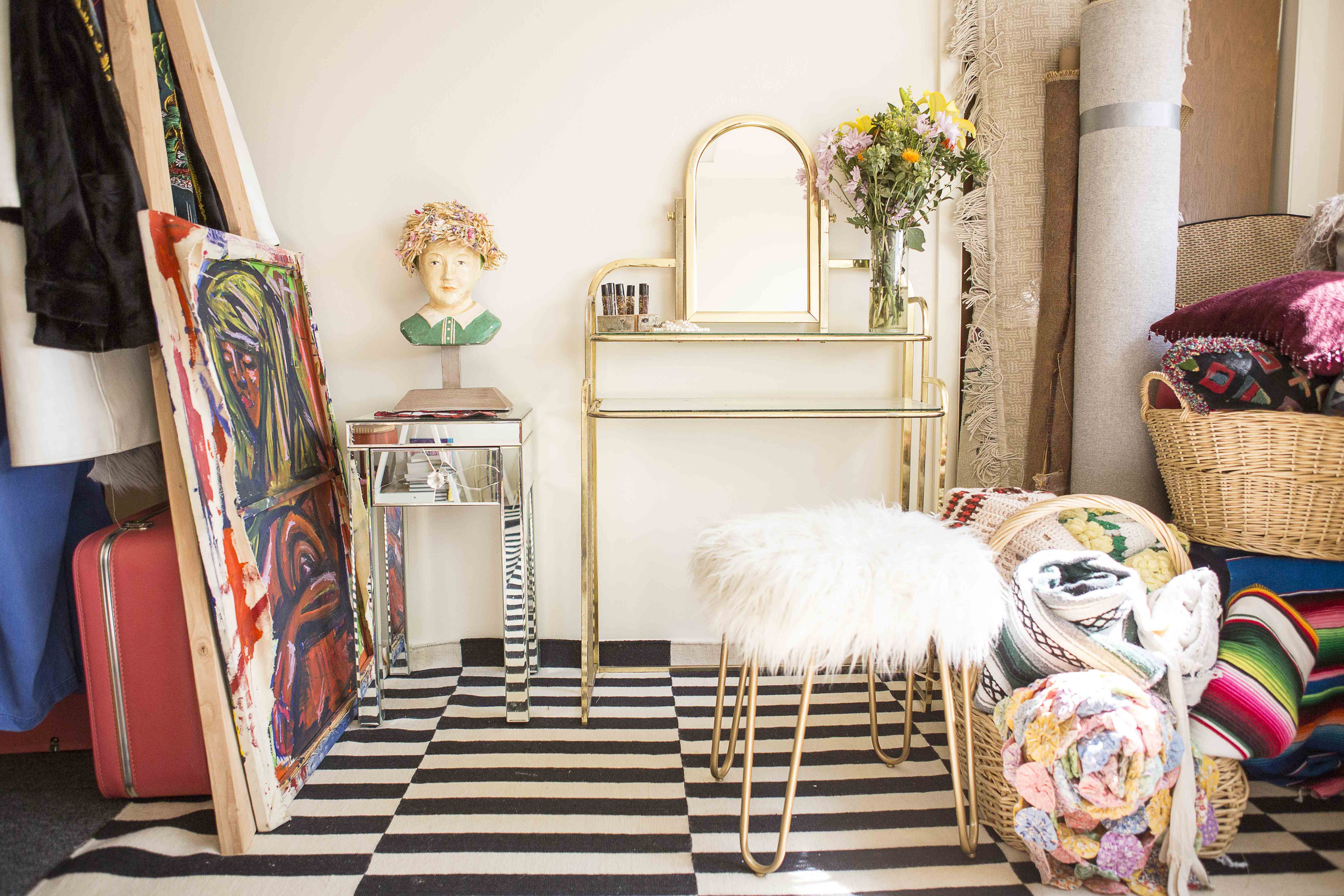 All Images by Amanda Piela